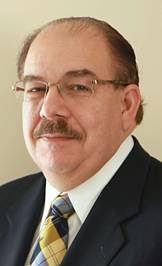 Ominsky, whose career in campus safety spans 35 years, will join the University on Jan. 25, 2010. He will replace Steven Healy, who left Princeton June 30 to pursue a business opportunity after serving the University for six years as director of public safety.

The director of public safety at Mount Holyoke since 1992, Ominsky assumed the director positions at Smith and Hampshire in 2003 and 2008, respectively, as part of a regionalized policing initiative. Ominsky has been responsible for the day-to-day and strategic operations of more than 100 full- and part-time staff.

"Paul Ominsky is an outstanding public safety director with over 20 years of leadership experience on a variety of college and university campuses," said Treby Williams, assistant vice president for safety and administrative planning, to whom Ominsky will report. "His current staff, administrative colleagues and municipal partners cite his integrity and sound judgment, as well as his visionary leadership, dedication to team building and professional development, law enforcement expertise and deep caring for the campus community. I am very much looking forward to working with him."

With undergraduate and graduate degrees from the University of Massachusetts-Amherst, Ominsky has experience in campus public safety that draws from a career spent on five university and college campuses, including departments that operate as municipal police forces and unarmed sworn departments.

He served at the University of Massachusetts in the beginning of his career, progressing from institution security officer to acting lieutenant and station commander before departing to become director of public safety at Westfield State College, a position he held from 1988 to 1992 before assuming the directorship at Mount Holyoke.

"I'm excited and humbled to be appointed as the public safety director at Princeton University," Ominsky said. "For me, public safety work at Princeton is really about collaboration. I'm looking forward to opportunities to talk to faculty, staff and students about the safety and security issues that concern them."

Ominsky understands that a "director of public safety needs to be not only visible, but accessible to members of the community," he told administrators during the national search for the position.

Ominsky is the current North Atlantic regional director of the International Association of Campus Law Enforcement Administrators, and has been president of the Massachusetts Association of College and University Public Safety Directors. He has published journal and magazine articles on the topic of disaster planning and is an adjunct instructor in Holyoke Community College's criminal justice department.

The Princeton Department of Public Safety consists of about 60 professionally trained personnel. University commissioned officers -- the sworn officers with full power of arrest -- and noncommissioned officers develop strategies and operate services and programs for maintaining a safe campus, including patrolling the campus 24 hours a day. The director oversees the department's four primary functions: community caretaking; providing first response to requests for assistance; enforcement on campus of University regulations, state and local laws, and compliance with relevant fire code regulations; and emergency management, planning and response.