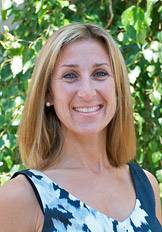 Stefanie Karp, who has an extensive law enforcement background as a lawyer, investigator and university official, has been appointed director of operations for the Princeton University Department of Public Safety.

"Stefanie brings a wealth of experience to Princeton from her former position at the University of Pennsylvania," Ominsky said. "This experience will benefit public safety as we continue to focus the department on our core goals of community caretaking as well as providing safety and security services to the University. I am looking forward to Stefanie joining the department management team."

"I am thrilled to have the opportunity to become an integral part of the Department of Public Safety," Karp said. "I look forward to both collaborating and communicating with the Princeton students, faculty, staff, administrators and alumni to ensure the highest level of safety and security."

Karp earned a bachelor of arts in political science from Pennsylvania State University in 1990 and a juris doctor degree from Temple University School of Law in 1993.

She clerked for a judge in the criminal division of the Court of Common Pleas in Philadelphia until 1995, when she became a deputy attorney general in the drug prosecution and forfeiture division of the Pennsylvania Office of Attorney General. In 1996, she became a narcotics agent for Pennsylvania's Bureau of Narcotics Investigation and Drug Control, where she conducted criminal investigations of high-level narcotics transactions and money laundering.

From 1998 through 2000, Karp worked for LexisNexis in New York City as a senior business information consultant and an account manager focusing on investigative, corporate and legal clients. Karp joined PricewaterhouseCoopers in 2000 as a senior associate specializing in fraud prevention, detection, investigation and deterrence. She returned to Philadelphia in 2002 as a syndicator in the financial services group at AON Risk Services, Inc., of Pennsylvania. In 2003, she became an assistant district attorney with the Philadelphia District Attorney’s Office, where she served in the Public Nuisance Task Force.

In June 2008, Karp became director of operations and external affairs for the Division of Public Safety at the University of Pennsylvania, acting as chief of staff. She was responsible for internal and external communication strategies and managing initiatives and strategies for the university police department, technology and emergency communications, fire and emergency services and other areas.