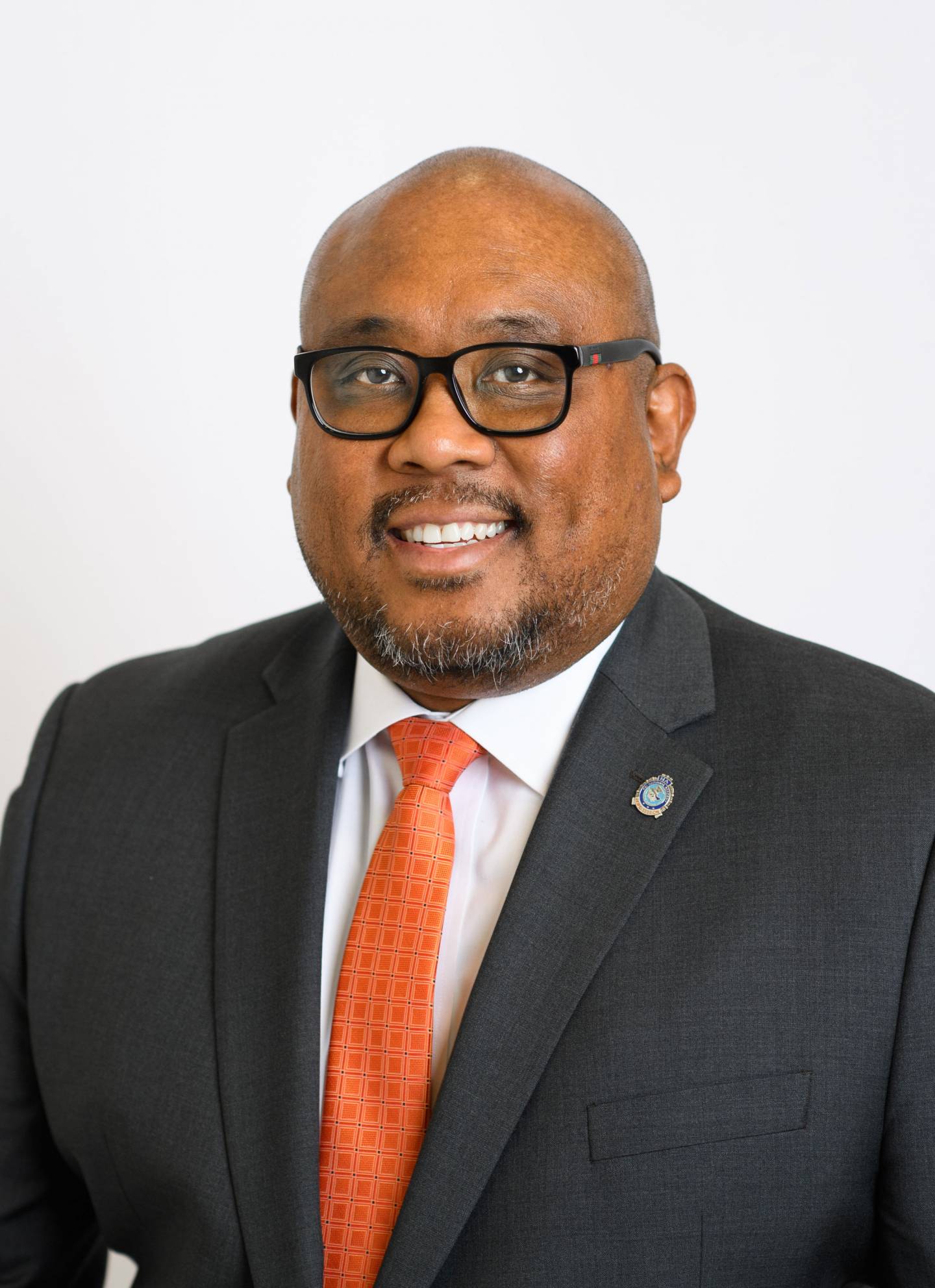 “Community caretaking is our mission at public safety,” said Kenneth Strother Jr., who has been named assistant vice president for public safety. “I am honored and excited that I can continue my service to the campus community in this new role.”

Strother has served as director of operations in public safety since January 2019, managing the day-to-day operations of the department and serving as second-in-command. He will succeed Paul Ominsky, who is retiring on June 1 after leading DPS for 11 years.

“Since Ken joined the University in 2019, he has been a leader in advancing the Department of Public Safety’s community caretaking model, which prioritizes the department’s service to, and care for, members of the campus community,” said Executive Vice President Treby Williams. “This community-focused model enables collaborative relationships with students, faculty and staff, and seeks to inspire college campuses nationally as well as municipal police. I admire Ken’s focus on service and open communication, and I look forward to seeing the department continue to evolve under his leadership.”

Before joining Princeton, Strother served as station commander for The Pennsylvania State University Police and Public Safety at the Abington Campus and in the Willingboro Township (New Jersey) Police Department for more than 25 years with progressive experience as a police officer, sergeant, lieutenant and captain.

“Ken has established himself as a collaborative leader and a trusted partner on campus and within the community. We are delighted to announce his promotion to assistant vice president and look forward to the ways he will enhance our community caretaking philosophy and ensure effective communications and transparency with the campus community,” said Laura Strickler, who oversaw the national search for Ominsky’s successor. Strother will report to Strickler in her new role as deputy for safety and administration and chief of staff in the Office of the Executive Vice President.

As director of operations in DPS, Strother has built strong connections across campus with students, faculty and staff, and externally with municipal partners. He has enhanced department operations and efficiencies, he has implemented innovative training programs, and he serves as the lead DPS liaison to the Public Safety Community Advisory Committee, a group formed in response to President Christopher L. Eisgruber’s call to action in support of racial equity.

“Community caretaking is our mission at public safety, and we will work hard to ensure that this approach continues to meet the needs of the campus,” said Strother. “I am honored and excited that I can continue my service to the campus community in this new role.”

Strother earned a bachelor of arts in criminal justice from Thomas Edison State University and a master’s degree in criminal justice from the University of Oklahoma. He holds graduate certificates from the University of Oklahoma, in restorative justice, and from the New Jersey Certified Public Manager Program. He is a graduate of the FBI National Academy, and he serves on the executive board of the New Jersey chapter of the FBI National Academy Associates as the immediate past president. Strother is a member of the National Organization of Black Law Enforcement Executives, the International Association of Chiefs of Police, and the International Association of Campus Law Enforcement Administrators.

The Princeton Department of Public Safety consists of just over 100 members and includes unarmed commissioned (sworn) police officers, non-commissioned (unsworn) security officers, library and art museum security officers, a detective bureau, the office of the fire marshal, communications center staff, and administrative staff. Officers are represented by two separate unions and the law enforcement function of the department is overseen by the Mercer County Prosecutor’s Office.