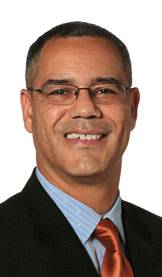 Steven J. Healy, director of public safety at Princeton University since 2003, will leave his position at the end of the academic year on June 30. The University plans to immediately launch a national search for his successor.

Healy is stepping down to focus more broadly on national issues related to campus safety and security. In addition to serving as a managing partner in Margolis, Healy and Associates, a firm providing safety and security consulting services to the higher education and K-12 communities, Healy is working with Gary Margolis to explore the possibility of establishing the National Institute of Campus Safety at the University of Vermont, where Margolis is chief of police. The institute will serve colleges and universities by offering training programs, conducting research and developing graduate-level courses on the broad range of safety and security issues facing institutions of higher education.

"Steven's leadership has enhanced significantly the Department of Public Safety's professional capacity and the quality of service it provides to the campus community. His expertise on campus security has both shaped Princeton's emergency response strategies and contributed substantially to the national dialogue on campus safety issues," said Treby Williams, executive director in the Office of the Executive Vice President, to whom Healy reports. "In the wake of the Virginia Tech tragedy, we are proud of the prominent role that the University has played through Steven's efforts to address campus security issues -- work that exemplifies 'Princeton in the Nation's Service.'"

Healy said, "I am honored to have led our team of committed public safety professionals, and I'm proud of our collective efforts in service to the students, faculty and staff of Princeton University. Princeton is a special place, and I'm proud that I've had the opportunity to contribute in many tangible ways. My hope is that my national work will continue to help Princeton and other communities that are making responsible choices and investments to keep the security of their campuses a top priority."

At Princeton, Healy also contributed to the campus by serving on the Diversity Working Group, the Emergency Preparedness Task Force and the Environmental Safety and Risk Management Committee, among others.

Healy is a leader internationally in the field of campus law enforcement. He served as president of the International Association of Campus Law Enforcement Administrators (IACLEA) in 2006-07 and has been a member of the organization's Government Relations Committee since 1996. He is an expert on the Clery Act, which requires all colleges and universities that participate in federal financial aid programs to keep and disclose information about campus security policies and crime statistics on and near their campuses.

Immediately following the tragic shooting event at Virginia Tech in April 2007, Healy testified before the U.S. Senate Committee on Homeland Security and Governmental Affairs on the topic of "Security on America's Campuses." In May 2007, he testified before the U.S. House of Representatives Committee on Education and Labor on the topic of "Best Practices for Keeping America's Campuses Safe." Last month, Congress approved the creation of a National Campus Safety Center, which Healy advocated for during his testimony. He is currently serving on a national committee reviewing incidents of targeted violence at institutions of higher education to identify ways for colleges and universities to prevent future tragedies.

Healy is a frequent speaker at national conferences and seminars on issues related to campus safety and security. He serves as a subject-matter expert for the U.S. departments of Education and Justice. From 2006 to 2008, he chaired the National Center for Campus Public Safety Advisory Board and also served on the Review Group for the Department of Education's Higher Education Center for Alcohol, Other Drug Abuse and Violence Prevention. In December 2007, he was named one of the "Top 25 Most Influential People in the Security Industry" by Security magazine.

Healy has been committed to volunteer work and most recently served on the board of directors for the Boys and Girls Club of Trenton/Mercer County.

Before joining the Princeton staff, Healy was the chief of police at Wellesley College for three years. He also served as associate director of public safety at Syracuse University for five years. A graduate of the U.S. Air Force Academy, Healy spent 10 years on active duty with the U.S. Air Force as a security police officer.

Williams expressed hope that a successor would be in place as soon as possible after June 30. She said the search firm Isaacson, Miller will be conducting focus groups on campus, starting at the end of this month, to solicit feedback from students, faculty and staff about the current needs for this leadership position.

The Princeton Department of Public Safety consists of some 50 professionally trained personnel who patrol the campus 24 hours a day to protect the rights, safety and security of members of the University community.

Healy among top 25 in security industry