Students come to Princeton University from all over the United States and the world, from the Jersey Shore to Ecuador. The views and experiences they bring with them are a large part of what makes the campus an intellectually and socially dynamic environment.

In a new publication, “Diverse Perspectives” (.pdf), produced by the Office of Admission and Office of Communications, students share their backgrounds before coming to campus and describe the communities and connections they’ve made since arriving. “Diverse Perspectives” also gives an overview of the academic, co-curricular and financial resources available to students, such as the robust financial aid program that allowed 82 percent of recent seniors to graduate debt free.

Excerpts from some student profiles featured in “Diverse Perspectives” are below, along with a photo gallery of other profiled students. To read the full book, visit the Office of Admission website. 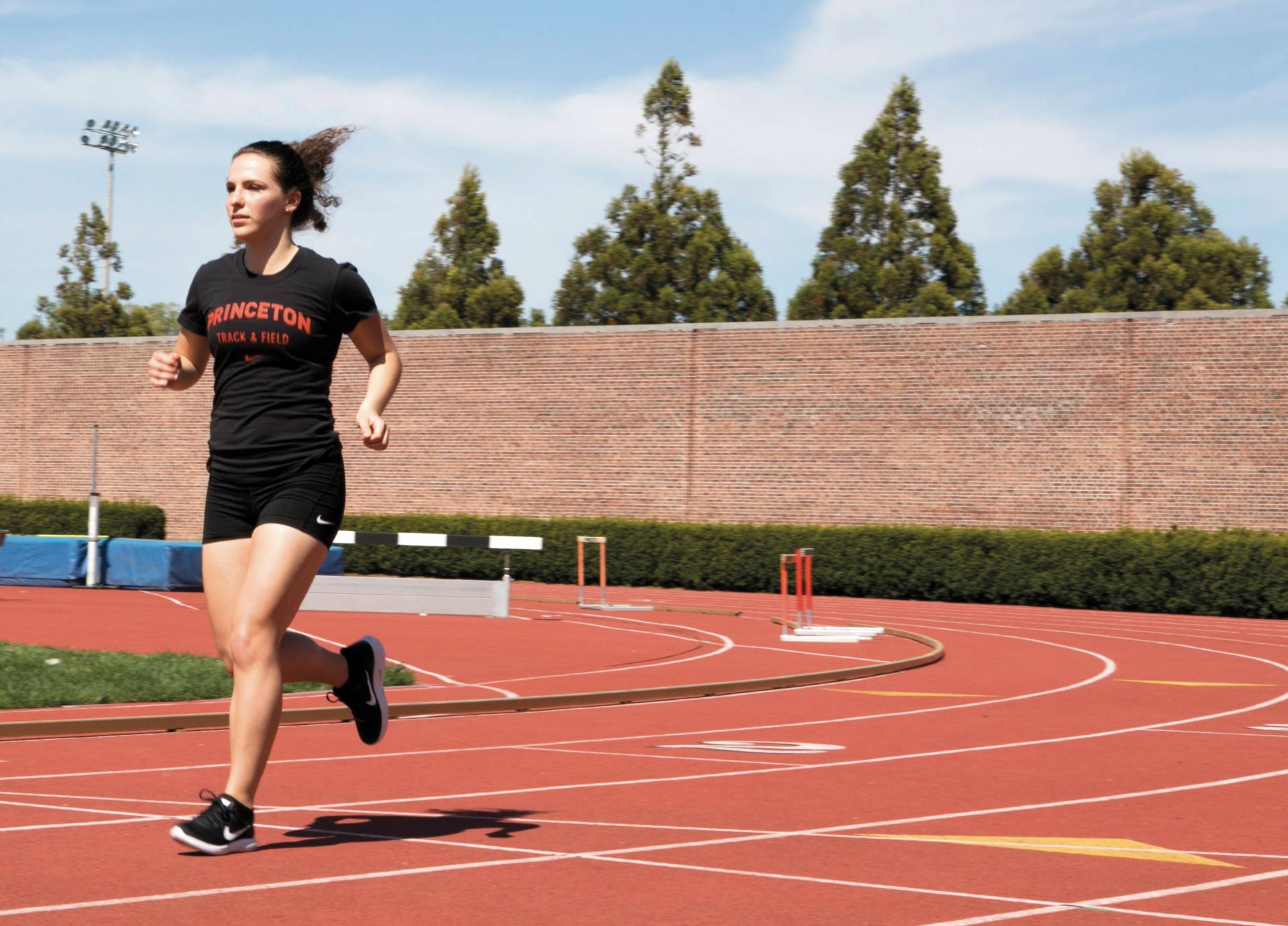 Taking pride in the ‘hidden minority’

My perception of Princeton as a high school student wasn’t completely accurate. I only knew of Princeton’s reputation as an Ivy League school filled with smart people. That was the tip of the iceberg, I realized. I had no idea what lay beneath the surface: the undergraduate opportunities for research, more than 30 different majors, the diverse student body.

Cost was a major factor in my decision to go to Princeton. I remember the day we received my financial aid award letter. My parents’ expected contribution was $20 per year. It was cheaper for me to attend Princeton than a state school or even a community college!

My first year, I took an introductory computer science course and fell in love. I decided to major in it because I enjoy how computer science makes my brain work. You have to combine logic and creativity, while considering both the details of a problem as well as the big-picture solution.

On campus, I’m a member of the varsity women’s track and field team. I walked onto the team and I compete in the 800-meter run — it’s two laps as fast as you can. I’ve never before been surrounded by a group of such intelligent, strong, talented, tough, engaging women who push me to find the best parts of myself every day.

I’m also co-chair of the Princeton Hidden Minority Council (PHMC). We are a student group that advocates for first-generation college students and students from low-income backgrounds. Joining PHMC halfway through my first year transformed my Princeton experience and my sense of self. A lot has changed on campus since I first joined. The dialogue surrounding class and background, as well as our presence here, has expanded. I believe in the work PHMC does and I am proud to be a part of creating a more inclusive campus community. —Melana Hammel, Class of 2018, Manahawkin, New Jersey 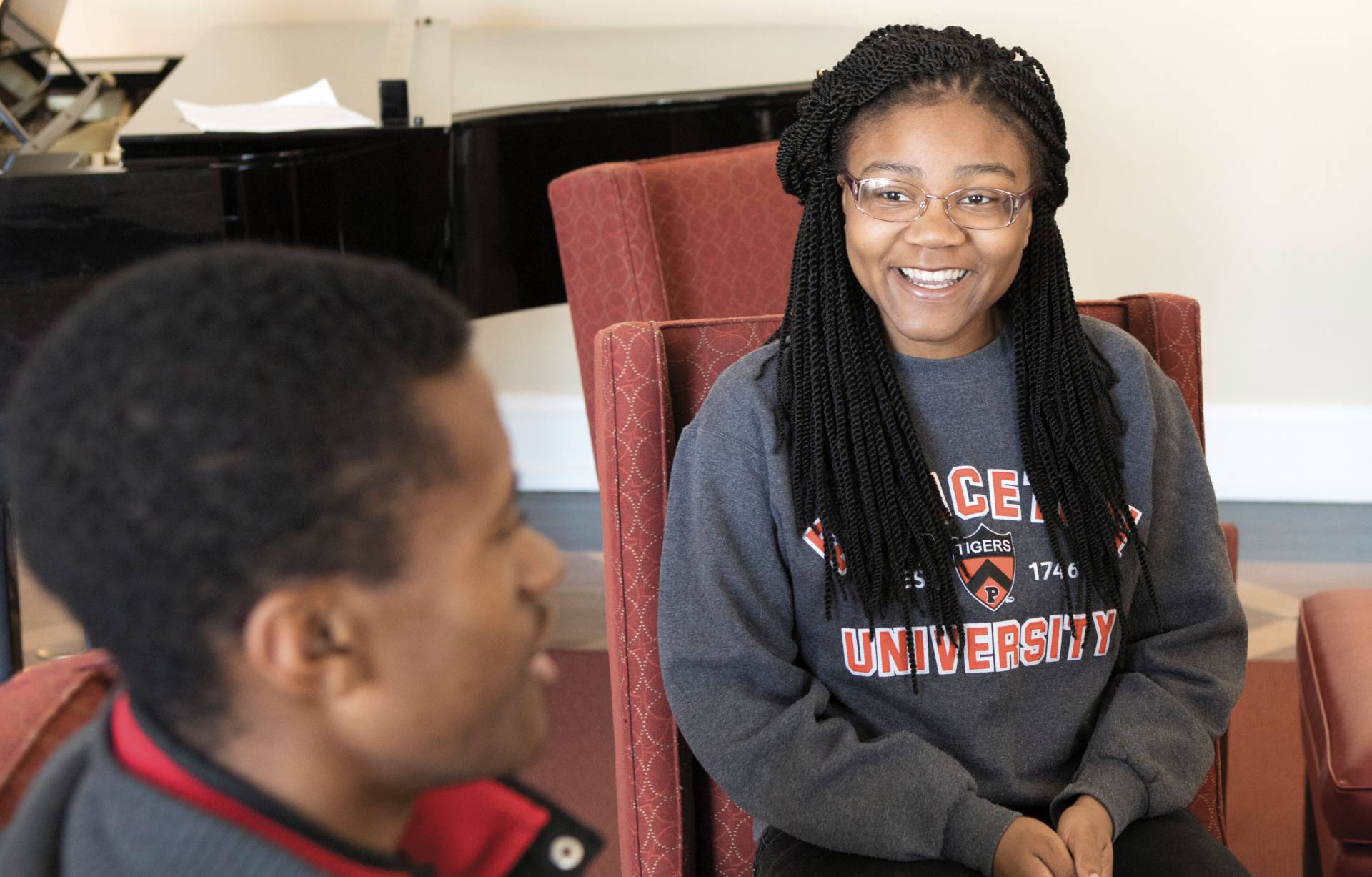 Creating a better community for all students

I care deeply and genuinely about people. My care for others and my desire to create change is why I ran for Undergraduate Student Government (USG). I serve as president, and I am the first black female to hold the position.

When I first came to Princeton, I didn’t necessarily see myself running for office or getting involved in politics within the “Orange Bubble,” which is how students affectionately refer to Princeton’s campus. However, a lot of these sentiments changed as I navigated through the University as a student who carries a multitude of identities. I’m black. I’m a woman. I come from a low-income background. And I am the first in my family to go to college. These identities have had a strong impact on my experience in relation to my peers. I knew there were ways in which Princeton could be a better community for students with marginalized identities.

I could have gone to school closer to home, and I’m sure my mom would have liked that, but she encouraged me to attend Princeton because it was the school I believe I was meant to attend. The Freshman Scholars Institute (FSI), a seven-week summer immersion program before first year, reaffirmed my existence on campus. I was surrounded by students from similar backgrounds. I was introduced to faculty who supported me and genuinely cared about me — not only as a scholar but as a human being.

I’m studying Spanish and environmental studies. I wanted to find an academic path that combined my interests in anthropology, science and technology. After taking a course titled “Latino Global Cities,” the decision was easy. I have taken opportunities to pursue research projects abroad in Brazil and Cuba, which have culminated in my junior year independent papers. At Princeton, I have great freedom to be a scholar. —Myesha Jemison, Class of 2018, Virginia Beach, Virginia 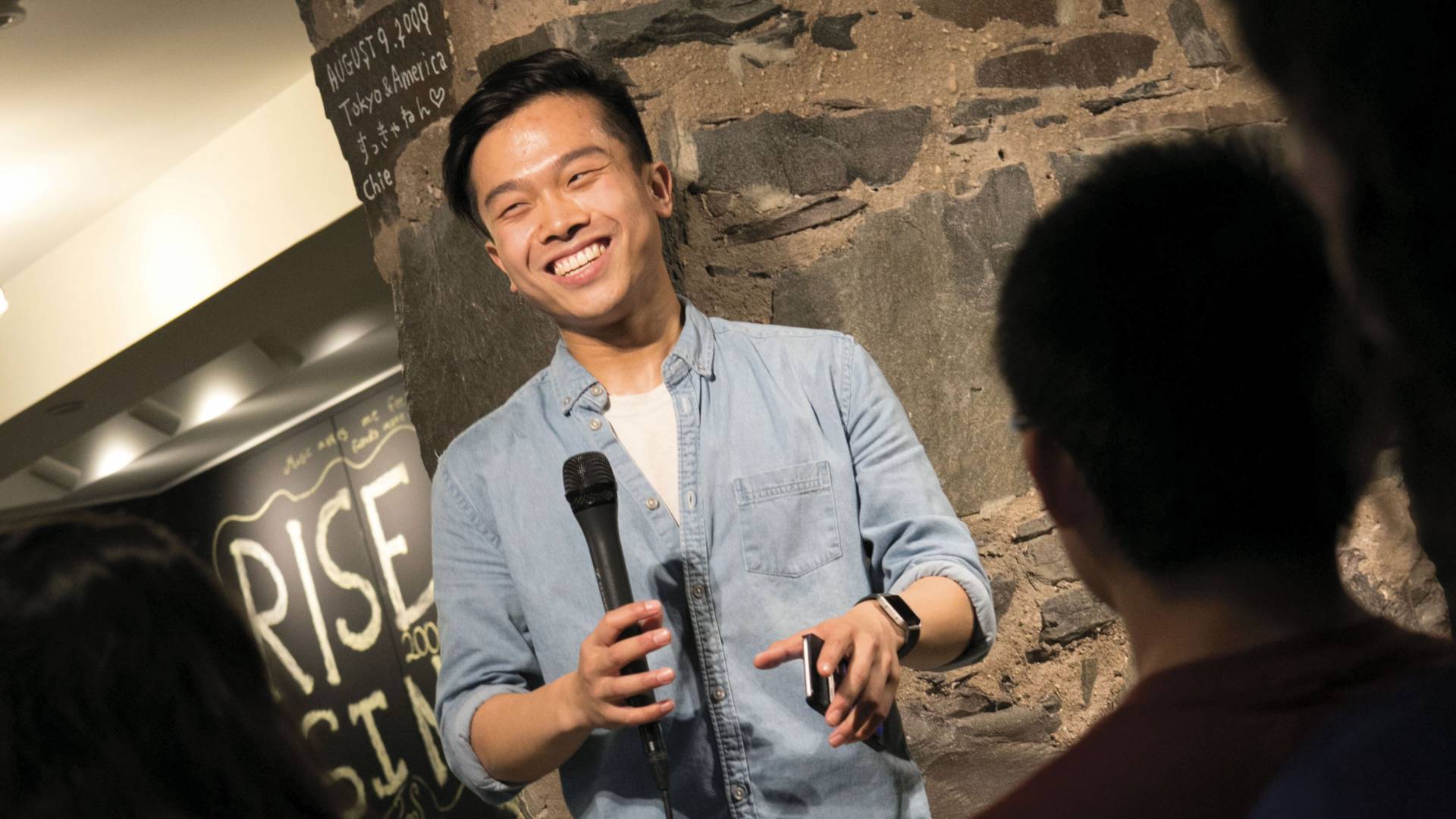 How Princeton has changed me

Princeton has made me a much more careful person. And I say that in the best way possible. I think about so many things that I never bothered to consider before. Things about my identity. Things about this world. I’m much more outspoken now; more willing to stand my ground because of what I’ve learned and my experiences. That is an empowering feeling — to recognize that I’m an individual who has something to say and that it is worth saying.

One of my favorite classes was “Afro-Asian Masculinities,” taught by Kinohi Nishikawa, assistant professor of English and African American studies. We engaged in a cross-cultural analysis of African American and Asian American experiences. I’m a first-generation Chinese American and I grew up on Staten Island, New York. The class really forced me to explicitly consider intersections of different ethnic, racial and gender identities. It also helped me understand who I was in relation to history and in relation to other underrepresented or marginalized minorities.

Soon after the class ended, I began a year term as co-president of the Asian American Students Association (AASA). It was critical for me to consider what it means to bring together a diverse range of people. The group includes students who identify as East Asian, South Asian and Pacific Islander. It was definitely a challenge, but a rewarding one.

Slam poetry is also an outlet for me. I never wrote before Princeton, but I did speech and debate in high school. I thought, “Well, poetry is pretty cool,” so I tried out for the spoken-word group Songline. It’s a very real and raw form of expression. You can’t write a good slam poem without being vulnerable.

There are moments when I walk around campus and I have that surge of magic from my first days. I look at the beauty and think, “Wow, I go here!” Or one time in class, I was answering a question and it just hit me how much I have learned here. That’s a very special thing about this place. —Edric Huang, Class of 2018, New York City 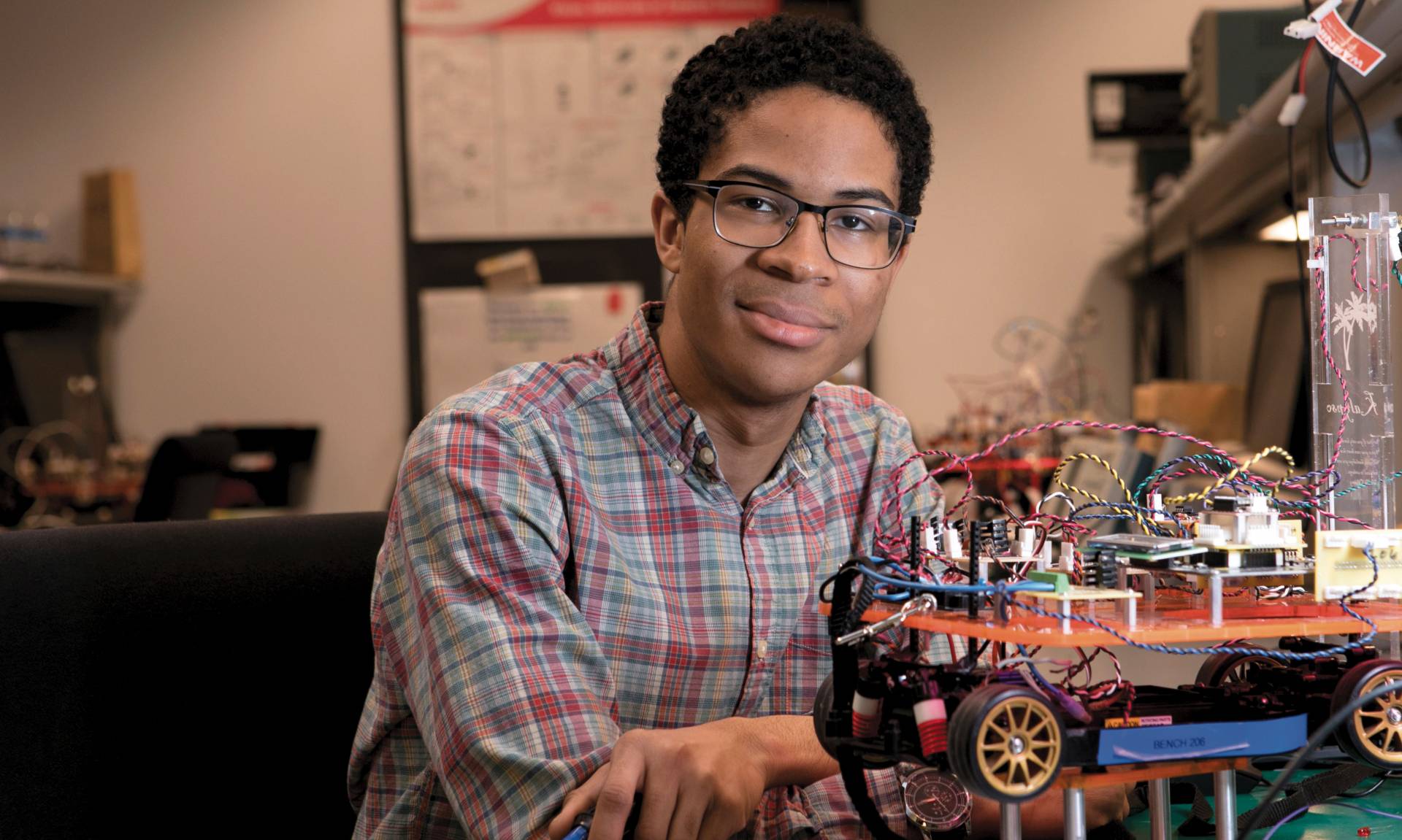 I did not know exactly what I wanted to study when I first came here. It was only after speaking with professors and seeing the potential areas of study that I chose electrical engineering as a major. From learning about information signals to logic design, going to Princeton really exposed me to subjects that I never even imagined existed.

Electrical engineering first interested me because I wanted to learn about building computers from a high- and low-level perspective. However, the major at Princeton turned out to be much more than that. I have been able to work on hardware and software projects, such as face recognition, robotic vehicles and computer architecture simulators. I’m also pursuing certificates in applications of computing and robotics and intelligent systems.

I tutor students in Physics 103/104. I really enjoy interacting with the first-year engineers who mostly take this course. The first year can really be a make or break moment for many engineers at Princeton, and encouraging and helping these engineers through their first two semesters gives me immense satisfaction.

Thinking back to my first campus visit freshman year of high school, I knew Princeton was my top choice as I walked around admiring the Gothic architecture. I quickly felt a sense of belonging, and I felt the same way when I visited again at the end of high school after I was accepted. Combine that with the focus on undergraduates and the smaller class sizes and I was sold on going to Princeton.

I had always thought of Princeton as an exceptional place where intelligent people came together to make an impact on the world. And this has been proven again and again. The professors and students go through grueling hard work to accomplish their goals. —Hans Hanley, Class of 2018, Windermere, Florida 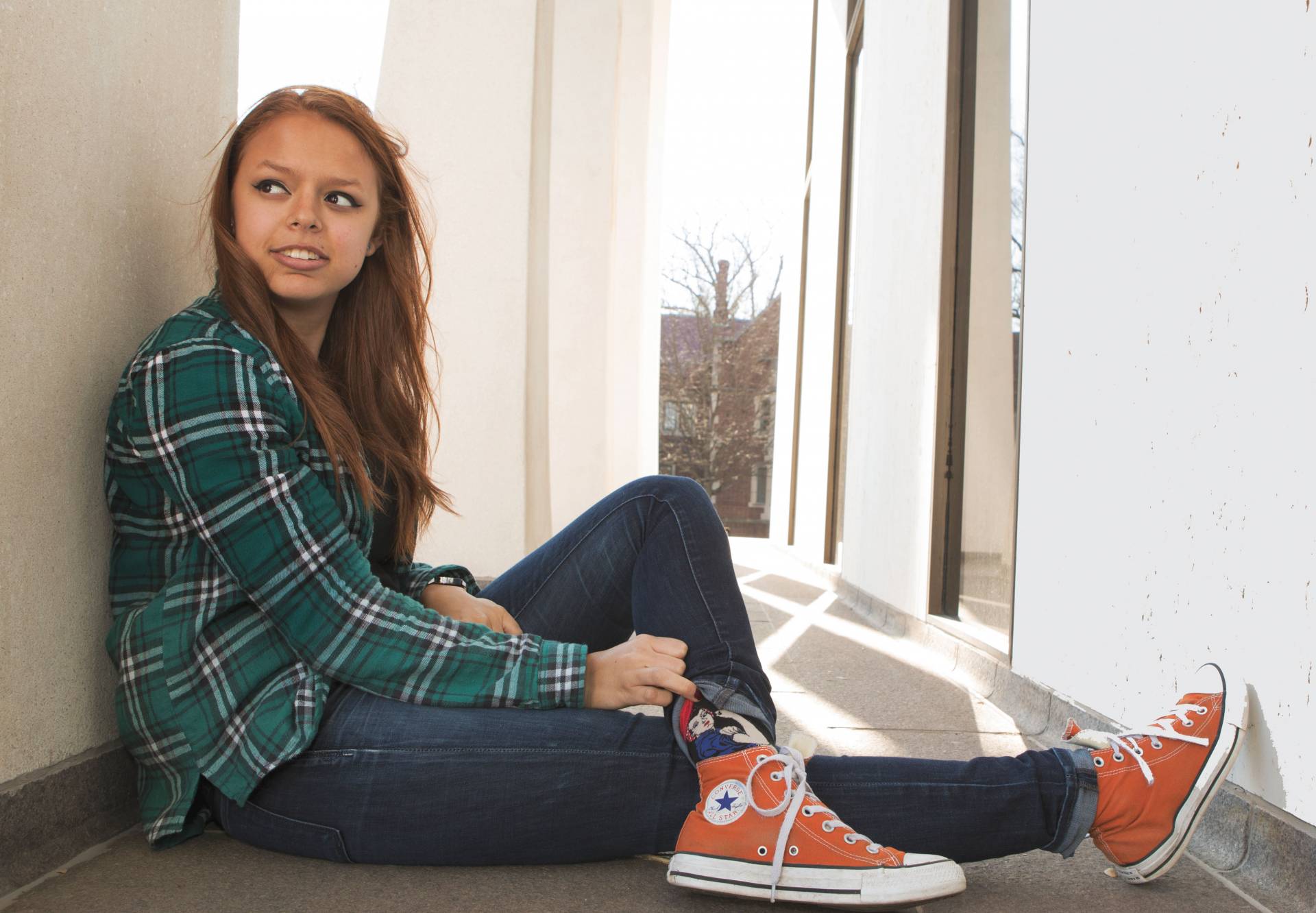 I joined the Princeton Students for Gender Equality (PSGE) club my first year. It’s not just a “we are feminists on campus” club. It is a group that is open to all. Conversation about important issues is unreserved. We are interested in sharing our opinions, probing difficult questions and confronting challenging issues.

I was introduced to the Women*s Center through PSGE. The Women*s Center has hosted events that some deem provocative, but I find these forms of dissent to be productive forces for sparking conversations across campus. At Princeton, there are many opportunities to talk about gender issues, but a group like PSGE is vital because it provides an open forum for conversation. We are undergoing a gender revolution in the United States, and Princeton and its students have been very cognizant of that.

As the historian for the Orange Key, the student-run group that leads campus tours, I began to research the history of women at Princeton. Princeton enrolled the first class of undergraduate women in 1969, and I will be graduating just 50 years later in 2019. Although Princeton now has equal gender distribution, this history is important to me because it informs particular aspects of student culture.

I take pride in the legacies of the strong women who have come before me. My grandmother, who was an active participant in the civil rights movement, and my great-grandmother, who walked across the country when she was 90 to advocate for campaign finance reform, inspire my ambition. As a politics major, Princeton alumnae, like U.S. Supreme Court Associate Justices Elena Kagan and Sonia Sotomayor, as well as strong leaders like former First Lady Michelle Obama and Wendy Kopp, the founder of Teach for America, give me courage and fuel my curiosity. — Peyton Lawrenz, Class of 2019, Santa Fe, New Mexico