Princeton researchers have developed a method to use old smartphones to build computer servers that are often cheaper to build and operate than conventional high-end servers.

While most consumers don’t pay much attention to the fate of dead smartphones, Princeton University researchers are envisioning a way to breathe new life into them. Instead of tossing old phones in a junk drawer or burying them in a landfill, the researchers want to turn them into high-powered computer servers.

In a recent paper, graduate student Mohammad Shahrad and David Wentzlaff, an assistant professor of electrical engineering, demonstrated that it is possible to build servers out of ranks of old smartphones. Servers are specialized computers that provide data, storage or computing power to other computers. They are at the heart of the internet, from social media or video streaming to high-security banking.

The research showed that not only are smartphone servers feasible, they are often cheaper to build and operate than conventional high-end servers. In part, this is a result of supply costs.

“You can get decommissioned smartphones at low cost because used phones are inexpensive and no one else wants them,” Wentzlaff said. 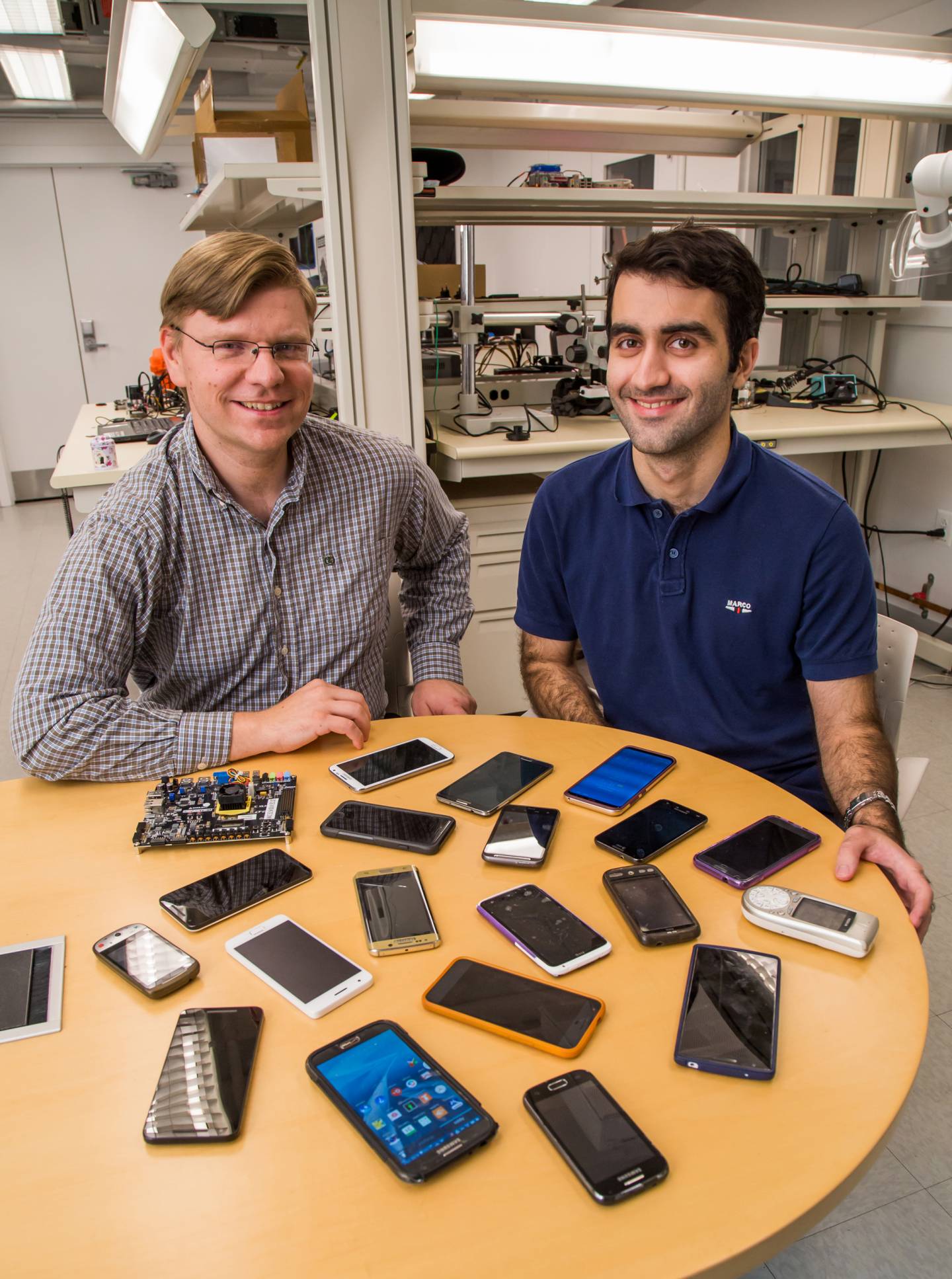 The researchers said that reusing smartphones not only makes economic sense, it is a good environmental policy. Electronic waste, of which smartphones play a substantial part, is a growing concern worldwide. The researchers also considered the amount of energy needed to build the phones.

“Most of the energy needed by a smartphone is due to its production stage,” Shahrad said. “So by extending the lifetime of smartphones, we could reduce their carbon footprint.”

Shahrad and Wentzlaff, who presented their work in July at the USENIX Workshop on Hot Topics in Cloud Computing, co-located with the USENIX Annual Technical Conference in Santa Clara, California, compared the total cost of ownership of smartphone servers with traditional models. Their analysis took into account the cost of acquiring and running the servers, the impact of depreciation, and the economic value the server would have when no longer needed.

“One of the reasons the cost to operate these servers is low is because smartphones need to work off battery power and last all day in your pocket,” Wentzlaff said. “So they’re very energy efficient, which lowers the cost of operating these servers.”

“In most of the scenarios, our cost of ownership is cheaper when compared to an industrial server that has the same computational, memory and storage capacity,” Shahrad added.

The server designed in this research can be constructed with 80 to 100 smartphones placed in a mobile device cage in a metal box designed by the researchers. The box also houses a fan, router and power supply. The smartphones will be wired together and connected by an ethernet connection to combine the computing power of the individual chips. Wentzlaff said the servers are stored in metal boxes, which address concerns related to possible, if unlikely, fires caused by lithium batteries. Batteries won’t be used in some implementations of the servers, which should eliminate that concern, Shahrad said.

The research was supported in part by the National Science Foundation, the Air Force Office of Scientific Research and the Defense Advanced Research Projects Agency.

This fall, two Princeton undergraduates are taking the smartphone processor server beyond the theoretical stage, Wentzlaff said. The students are building a prototype of a 1,000-CPU server.

Song Jiang, an associate professor in the Department of Computer Science and Engineering at the University of Texas-Arlington who heard the USENIX HotCloud presentation, said researchers are very excited by the prospect of slowing down the amount of e-waste filling landfills.

“I think the most attractive thing about the research is if it becomes a commercial economic success,” Jiang said. “I just wish them success. Everyone would like to see this happening and becoming a reality.”

Jiang thinks a smartphone server would work well in an educational environment.

“The workload in that environment is not as demanding,” he said. “A commercial user might be reluctant to take a chance on less efficiency.”

But Wentzlaff said the server would work just as well in any data center that does "throughput computing" such as handling web queries, running social media applications and moving email. A Google search is an example of throughput computing because the query is sent to hundreds of thousands of servers simultaneously.

“This type of server works best at a data center that wants to handle as many customers as efficiently as possible,” Wentzlaff said. He said that in such systems individual computing tasks are not that demanding; it is the collective work that places a heavy load on the servers.

The increasing computational power of smartphones is largely responsible for the ability to recycle the devices as computer servers, Shahrad said.

That wasn’t always the case. While increased computing power once was a selling point for new phones, people buy new phones today to get the latest features, Shahrad said.

“The rate of improvement of computational capacity has slowed in smartphones. In my view, that’s a big opportunity,” Shahrad said.

That means that those phones in junk drawers are not junk at all; they’re very smart indeed.