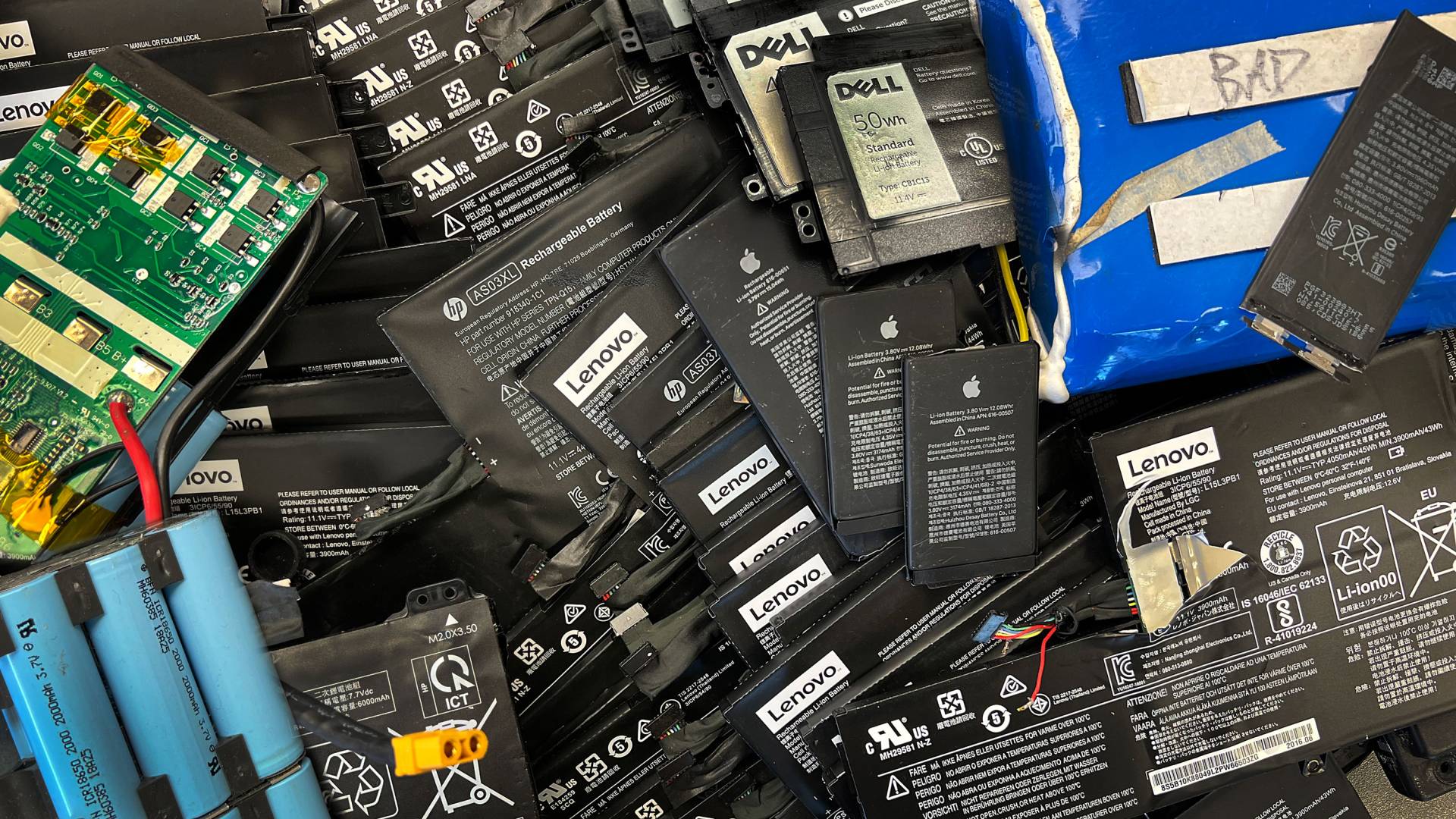 Billions of dead lithium-ion batteries, including many from electric vehicles, are accumulating because there is no cost-effective process to revive them. Now Princeton researchers have developed an inexpensive, sustainable way to make new batteries from used ones and have spun off a company to scale up the innovation.

“What we see is that people would be willing to give us their dead batteries that are currently just sitting around. They receive back from us new pristine cathode materials for new batteries cheaper than they could manufacture on their own,” said Chao Yan, co-founder and CEO of Princeton NuEnergy and a postdoctoral research associate in the Department of Mechanical and Aerospace Engineering. 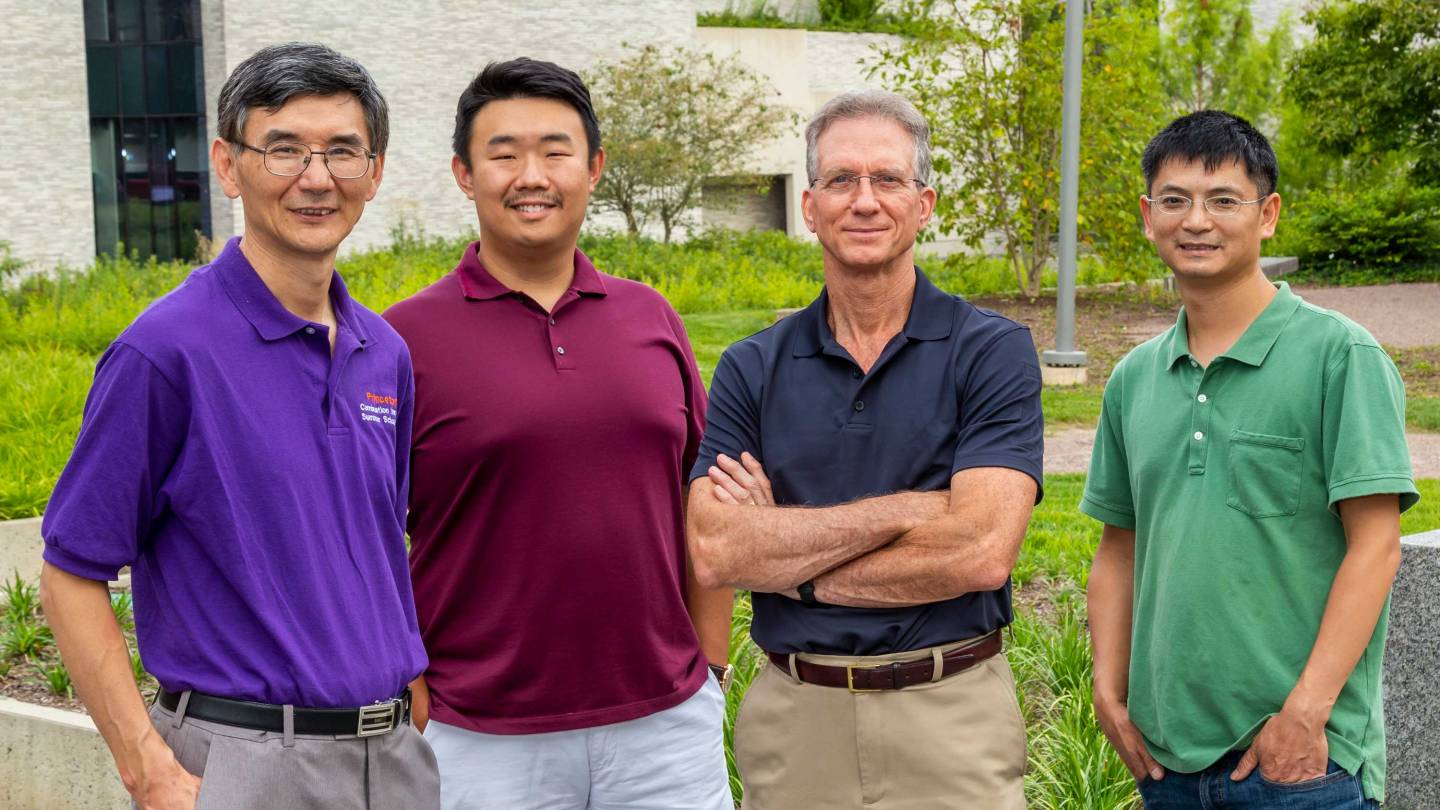 Princeton NuEnergy uses a process developed by researchers who combined expertise from diverse fields to solve a longstanding problem: how to turn spent cathode materials, or the expensive part of a lithium-ion battery, which contain elements such as cobalt, nickel, manganese, and lithium, into pristine new cathodes.

Current technologies for recycling lithium-ion batteries rely on harsh chemicals and high temperature, energy-intensive processes to break down spent batteries to their elemental components. These processes have been challenging to scale up commercially and in an environmentally viable way. Instead, Princeton NuEnergy is upgrading and renewing the cathodes themselves in a form of direct recycling.

The team’s method for process recovers much of the structure and composition of the used cathode, along with cobalt and lithium. The method for generating fresh cathode material reduces water use by approximately 70%, and energy use and emissions by 80%, according to the researchers.

Xiaofang Yang, who was an associate research scholar at Princeton, led the technology development and is a co-founder and CTO of the company. Yiguang Ju, the Robert Porter Patterson Professor of Mechanical and Aerospace Engineering, and Bruce Koel, professor of chemical and biological engineering, are co-founders and serve as technology advisors.

At the heart of the team’s process is the use of low-temperature plasma, an ionized gas that is extremely reactive. Because of this reactivity, plasma can be used to carry out chemical reactions to remove contaminants from the cathode powder that would otherwise require very high temperatures and would largely decompose the material.

The Princeton NuEnergy team cleans up the cathode material without destroying it. Their method involves mechanically separating the cathode and anode materials and running the cathode powder through a plasma reactor to remove contamination produced from using the batteries.

Historically, recycling has involved mechanically shredding and smelting the battery materials to strip out individual elements or dissolving the batteries in a vat of strong acid. The acid-based processes result in a soup of metals, casting out all the work that went into producing the cathode in the first place. These methods are considered indirect because they involve breaking the battery materials down into their elemental components, rather than reforming and regenerating them into new versions of themselves.

“Acid breaks everything down to ground zero,” said Yan.

“If you have a piece of dough, you may try to gently knead it and give it a different structure. But basically, you are leaving it alone. You are not destroying it or breaking it back into the flour and butter,” said Koel.

Koel said used batteries have lost some lithium out of the cathode material during its lifetime, so Princeton NuEnergy adds back small amounts of lithium into their regenerated cathode powder, producing cheaper materials than required for wholly new cathodes.

Scaling up this process could not only help mitigate some of the supply chain issues around importing foreign minerals, but it would also reduce demand for minerals from overmined areas where environmental and labor issues are rampant. Much of the world’s cobalt, for example, a key ingredient in the cathodes, is found in the Democratic Republic of the Congo, where mining often involves child labor.

The team is looking to scale up production to see if the process works for producing tons instead of kilograms of cathode material. The company recently started a pilot project with Taiwan-based Wistron Greentech (Texas) Corporation, a major waste processor for technology companies.

Princeton NuEnergy is currently building a processing line at Wistron Greentech’s facility in McKinney, Texas. With this partnership, the company plans to ramp up production to at least a ton per day during 2022.

“Scaleup is always a challenge. It’s one thing to do it in a beaker, and another thing doing it in a vat the size of your office,” said Koel.  “We can’t do this fast by ourselves. Wistron had an empty manufacturing line and so they were very interested in hearing our proposal.”

Koel said there is some clever science and engineering that the co-founders developed for their process, including how to utilize the plasma and operate the reactor. The team hopes they can scale up production rapidly because there is intense interest in the battery recycling space and companies with competing technologies are likely to spring up. 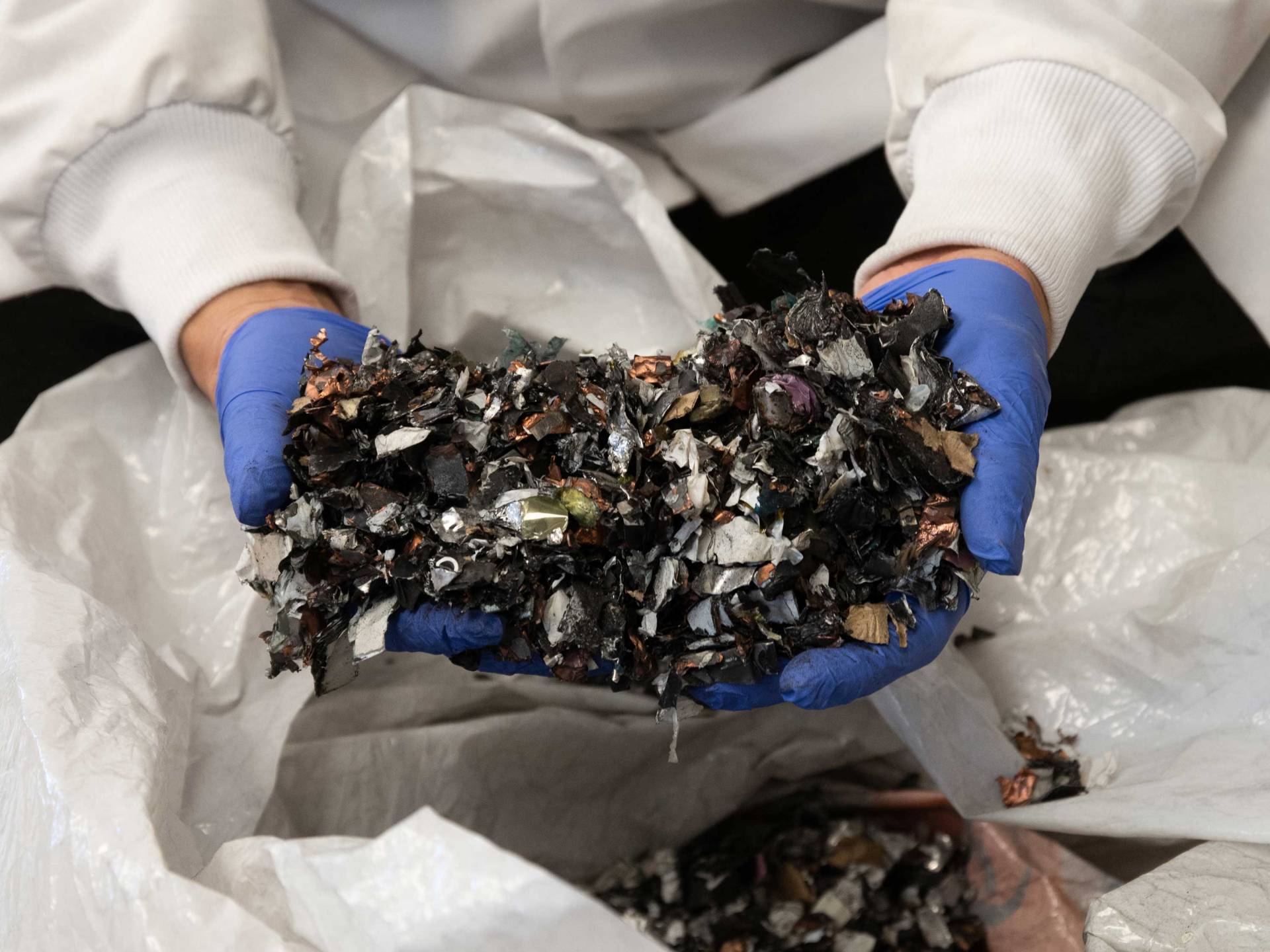 Photo by
Molly Seltzer, Andlinger Center for Energy and the Environment

The researchers said only about 5% of used lithium-ion batteries are currently recycled in the United States today. And according to Princeton’s Net-Zero America study, reaching net-zero emissions by mid-century would mean the number of electric vehicles would increase from about one million on the road today to between 210 to 330 million.

“We aren’t just a startup with an idea. We think there is a massive opportunity to transfer our technology into a real industrial project that will allow us to recycle and repurpose lithium-ion batteries at scale,” said Yan.

At the Wistron plant, a former manufacturing line that was used to reclaim gold from the printed circuit boards of electronics will be converted to a battery recycling line using the Princeton NuEnergy process, which showcases a shift in the market from demand for gold to the minerals in lithium-ion batteries like lithium and cobalt.

The researchers said they hope that within a couple years they can continue to increase recycling capacity and expand out of consumer electronics batteries and into electric vehicle batteries, and perhaps even expand into whole battery manufacturing using their regenerated materials.

Chao is also experimenting with alternative plasma approaches to make sure there are no better reactors to use. This work was funded in part by a Princeton accelerator grant. The company now is running its operations out of a lab in Bordentown, N.J.

“The performance of our regenerated cathodes in small coin cell battery tests is excellent, but at the end of the day, we are going to have independent third parties say ‘we took their materials from them and we made these batteries, and these batteries work great.’ That’s the next step,” said Koel.