Scientists from Princeton University and the U.S. Department of Energy’s Princeton Plasma Physics Laboratory (PPPL) have won 2017 Edison Patent Awards from the Research & Development Council of New Jersey. Princeton alumna and trustee Laura Overdeck was honored as Educator of the Year. The winners were recognized Nov. 2 at the Liberty Science Center in Jersey City, New Jersey.

The Princeton patent award winners are among 14 teams honored for innovative patent work spanning 13 R&D categories. Recognizing that New Jersey is home to some of the most cutting-edge patent work dating back to the 1800s, the Research & Development Council of New Jersey developed this award to memorialize its most prolific inventor, Thomas Alva Edison, and to highlight the Garden State’s continuous pipeline of exceptional innovation work. 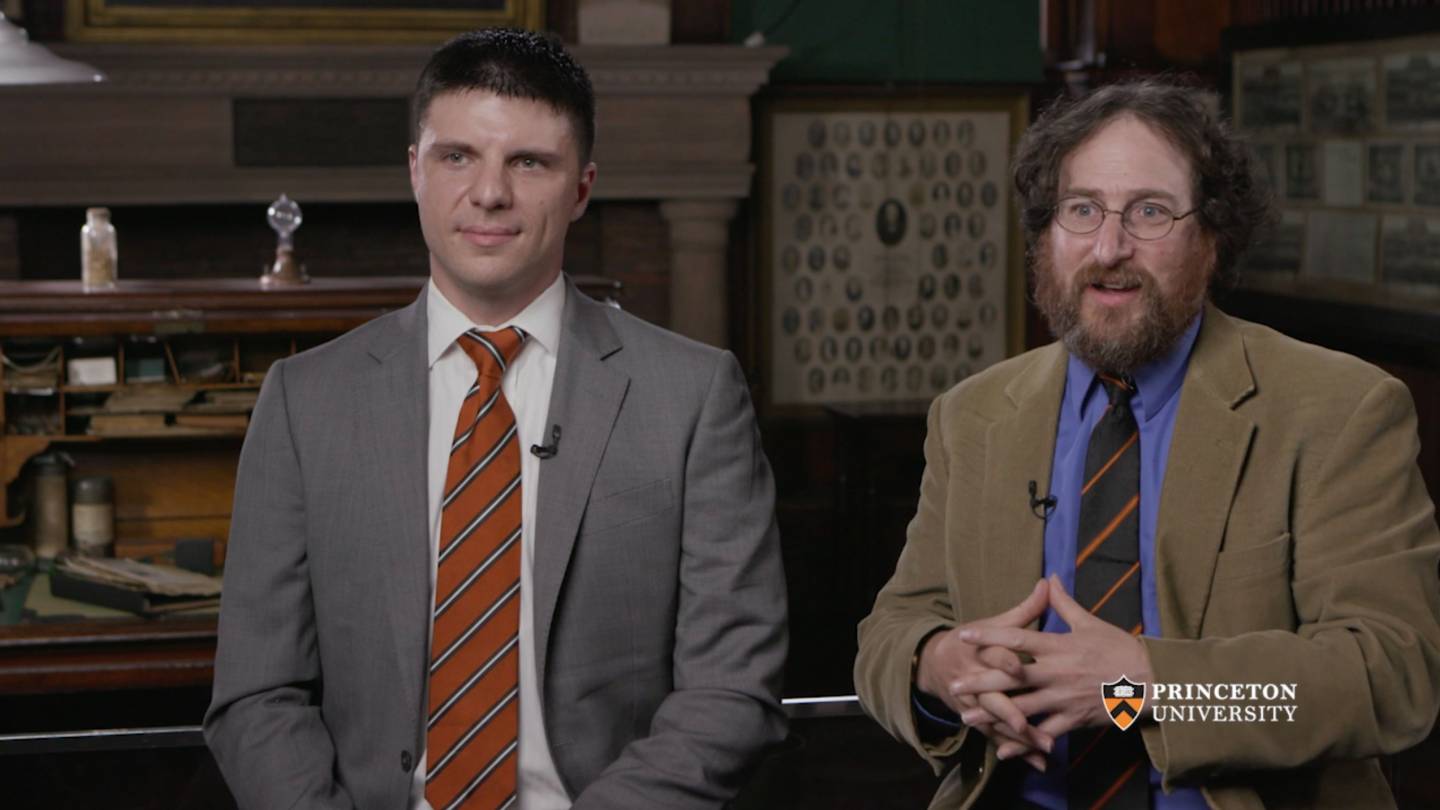 Researchers Craig Arnold, Alexandre Mermillod-Blondin and Euan McLeod of Princeton University, as well as alumnus Christian Theriault of TAG Optics, have been honored with an Edison Patent Award from the Research & Development Council of New Jersey.

Video by the Research & Development Council of New Jersey

Craig Arnold, a professor of mechanical and aerospace engineering, inventors Euan McLeod and Alexandre Mermillod-Blondin, and Christian Theriault who co-leads with Arnold the company that has commercialized the technology, received a patent award in the technology transfer category for “Tunable Acoustic Gradient Index of Refraction Lens and System." This is the first award in this category that the council has given.

The council noted: "This patent represents the first time that sound has been used to make a controllable lens for imaging and materials processing applications. Instead of relying on a physical change of a surface or interface to redirect light, this patent uses sound to travel through a material, causing small, coordinated density fluctuations which lead to a well-defined index of refraction that can be easily controlled by the user to produce the desired optical effect. This patent can also scan over a complete range of focal lengths in only microseconds, much faster than the other variable focal devices on the market."

Arnold worked with McLeod, who earned a Ph.D. in mechanical and aerospace engineering in 2009, and former postdoctoral researcher Alexandre Mermillod-Blondin, in developing the lens. In 2011, Arnold and Theriault, who had earned his undergraduate degree in molecular biology in 2007 and a master's degree in mechanical and aerospace engineering in 2008, both from Princeton, started TAG Optics Inc. to further develop and commercialize the lens.

The patented TAG Lens "has been transforming the field of biological imaging for health and medical applications; it also is in the industrial inspection, manufacturing and machine vision markets," cited the council. 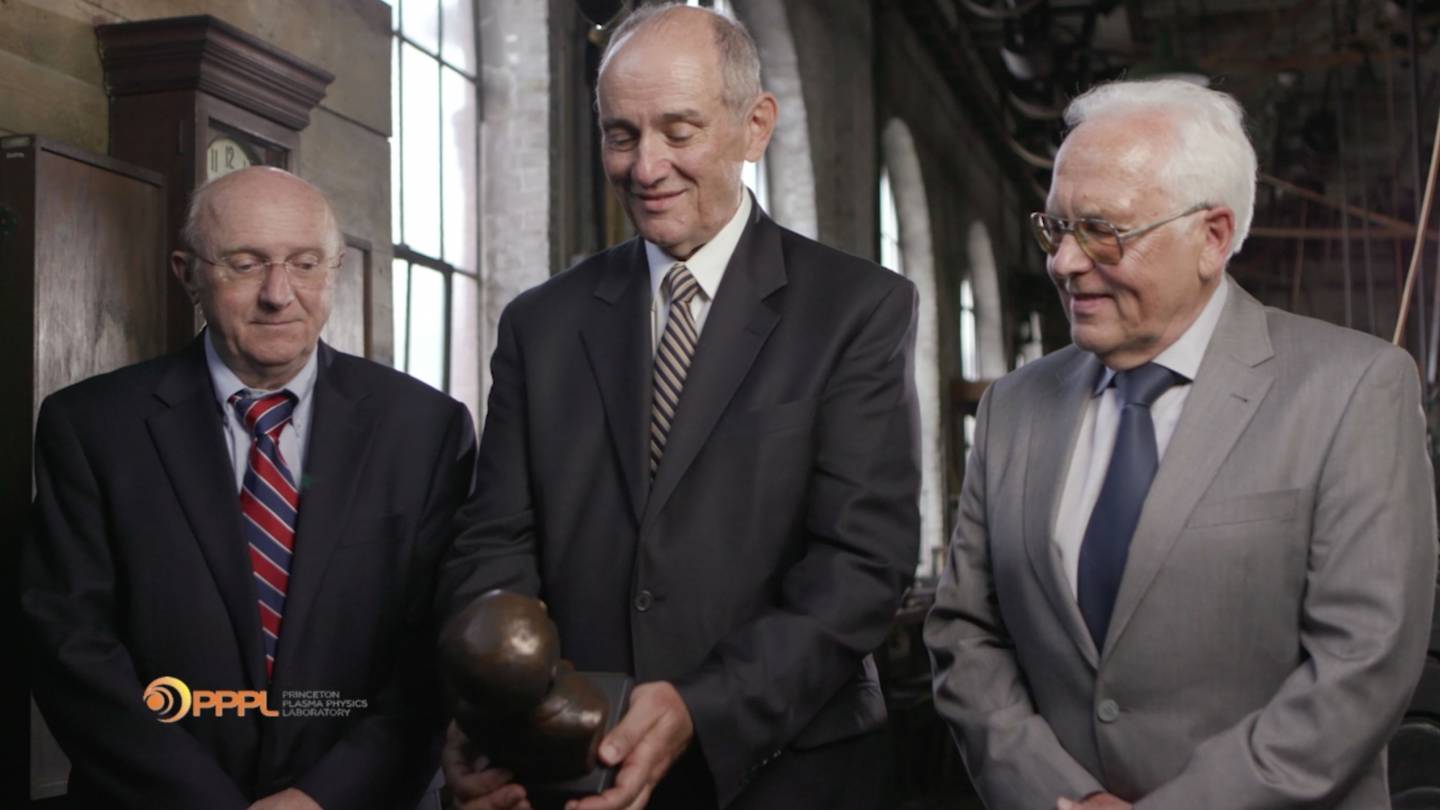 Researchers Manfred Bitter, Kenneth Hill and Philip Efthimion of the Princeton Plasma Physics Laboratory have been honored with an Edison Patent Award from the Research & Development Council of New Jersey.

Video by the Research & Development Council of New Jersey

PPPL physicists Manfred Bitter, Kenneth Hill and Philip Efthimion received a patent award in the imaging systems category for “Objective for EUV Microscopy, EUV Lithography." Their invention is an X-ray imaging apparatus that could be used to produce the next generation of integrated circuits.

It was the second consecutive year PPPL scientists received the award. Last year, Charles Gentile, George Ascione and Adam Cohen received an Edison Award for their invention of an on-demand method to create a widely used isotope used in medical-imaging devices.

Efthimion said the technique of using extreme ultraviolet (EUV) lithography to make computer chips will be “revolutionary.” This technique is considered the next generation of computer chip manufacturing because the EUV light, called soft X-rays, are just 10 to 15 nanometers long. The current technology uses ultraviolet light, which is 200 nanometers long. That means “you should be able to place 100 times more components, like transistors, in the same area” of tiny computer chips, Efthimion explained. The linear distance between components is also 10 times shorter, he said, which means the speed of the chip could be 10 times faster.

EUV lithography uses reflectors to diffract EUV light off a mask that has an image of the information that will be imprinted on the chip. The EUV beam demagnifies the image to the size of the chip and imprints it onto the chip. But current EUV lithography technology can only do this by scanning a tiny piece of the image onto the chip at once. This is because only a small area of the reflector focuses the EUV beam to preserve the image — a fact known as the Bragg condition.

The inventors’ device uses a multi-layered structure to reflect the EUV beams to produce a wider beam of light. This fulfills the Bragg condition on every point of the reflector and captures all the information on the mask and imprints it onto the computer chip without the need for scanning. Funding the invention was a Laboratory Directed Research and Development grant through the Department of Energy. 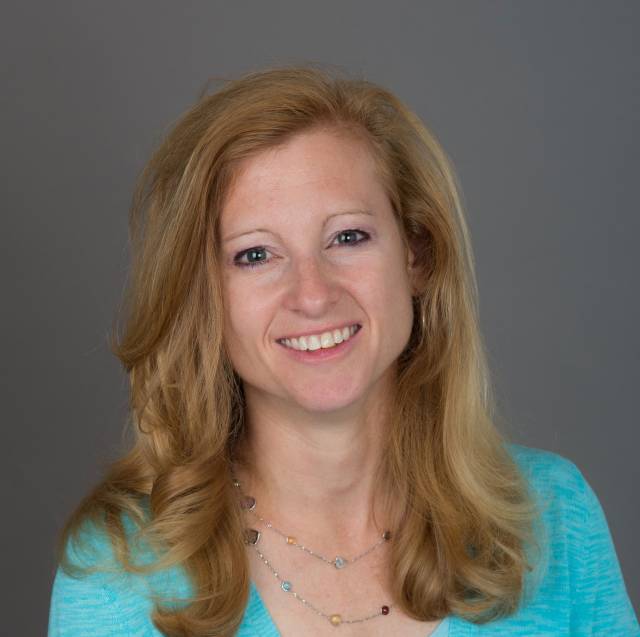 Educator of the Year

Laura Overdeck, a member of Princeton's Class of 1991 and a trustee, is the founder of Bedtime Math and chair of the Overdeck Family Foundation. Overdeck was honored as Educator of the Year for her work with STEM education.