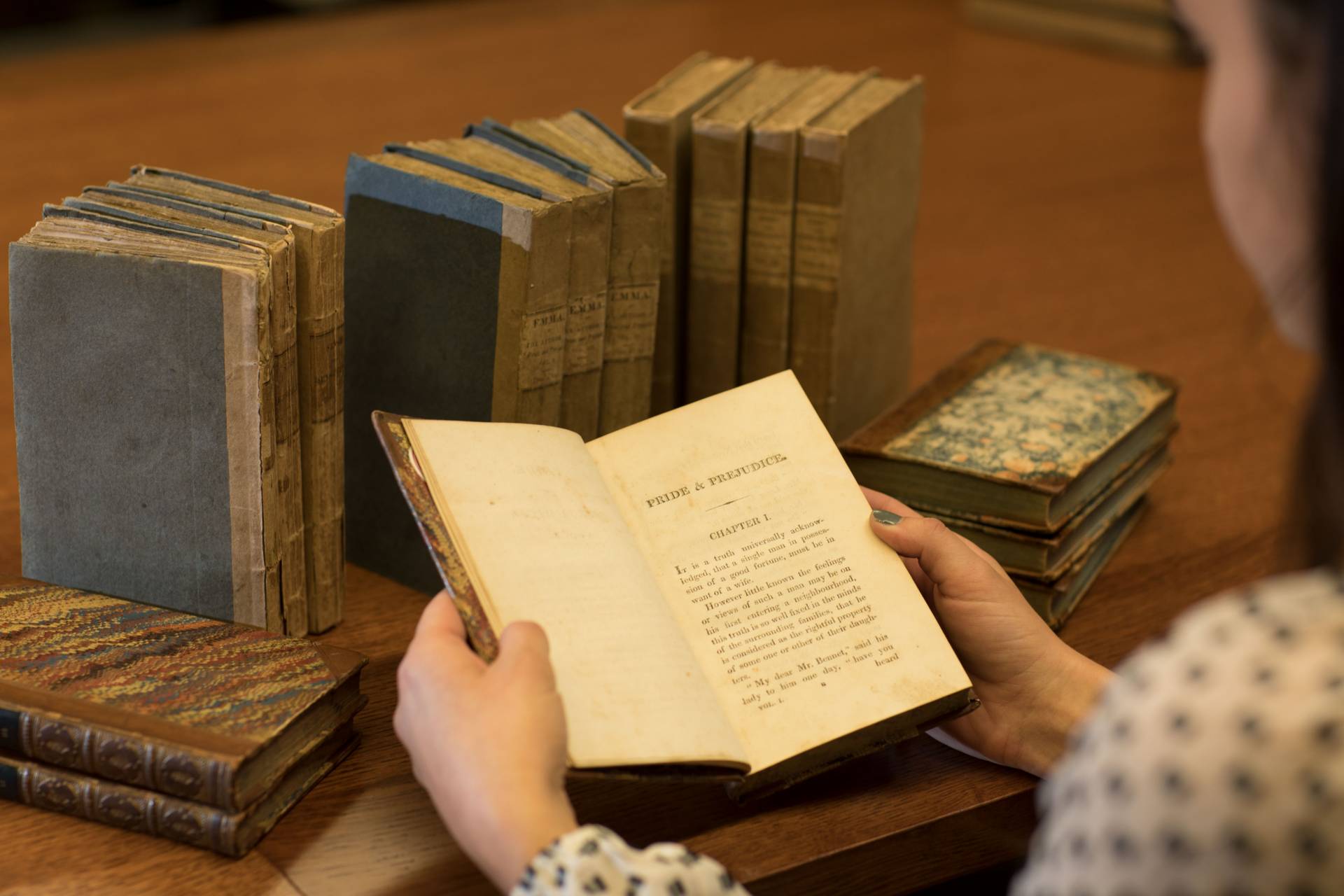 In “Jane Austen: Then and Now,” students read Austen’s six novels alongside modern texts like movies, vlogs and TV shows, to explore how the author is not only a classic, canonical inventor of the modern novel, but also their contemporary.

2017 marks the bicentennial of Jane Austen’s death, and people around the world are celebrating the beloved author’s life and legacy. In the spirit of commemoration is the fall course at Princeton, “Jane Austen: Then and Now.”

Co-taught by Claudia Johnson, the Murray Professor of English Literature, and Hope Rogers, a graduate student in the Department of English, the course encourages students to consider Austen not only as a classic, canonical inventor of the modern novel, but also as an author who is — in more ways than one — their contemporary.

“Jane Austen: Then and Now” pairs Austen’s six novels: “Emma,” “Mansfield Park,” “Northanger Abbey,” “Persuasion,” “Pride and Prejudice,” and “Sense and Sensibility,” with modern texts like movies, vlogs and TV shows, to illustrate the symbiotic — and sometimes problematic — relationship of the “then” and the “now.”

The course illustrates that while Austen is perpetually current in her treatment of themes such as love, violence, sisterhood, and sex and gender, contemporary texts also speak back to her, spurring us to think about these age-old issues in new ways. 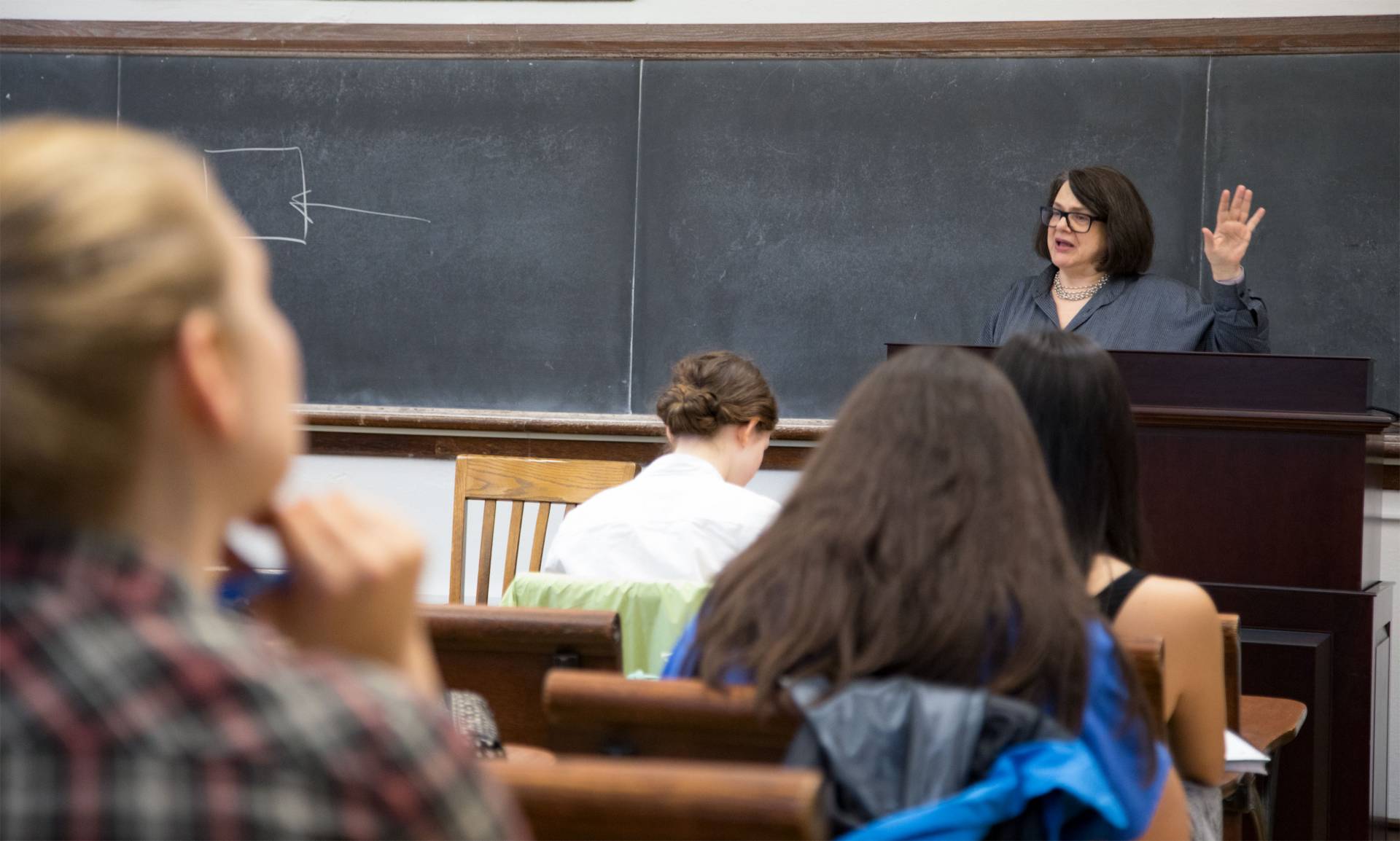 Claudia Johnson, the Murray Professor of English Literature, lectures on “Sense and Sensibility.”

Johnson and Rogers’ pedagogy exemplifies this reciprocal relationship. Johnson, who has taught Austen for nearly 20 years and published two books on the novelist, with a third forthcoming in 2018, said: “We’ve found a way to actually teach together rather than to teach one after another, and I think the students enjoy not only the change of pace, but also the change in interpretative perspectives.”

The course is a part of the Collaborative Teaching Initiative, which aims to foster graduate students’ professional experience through the design and co-teaching of an innovative undergraduate course. Rogers, whose dissertation on women in the 19th-century British novel features a chapter on Austen, said: “I am learning a lot from Claudia by just seeing her teaching in action.” 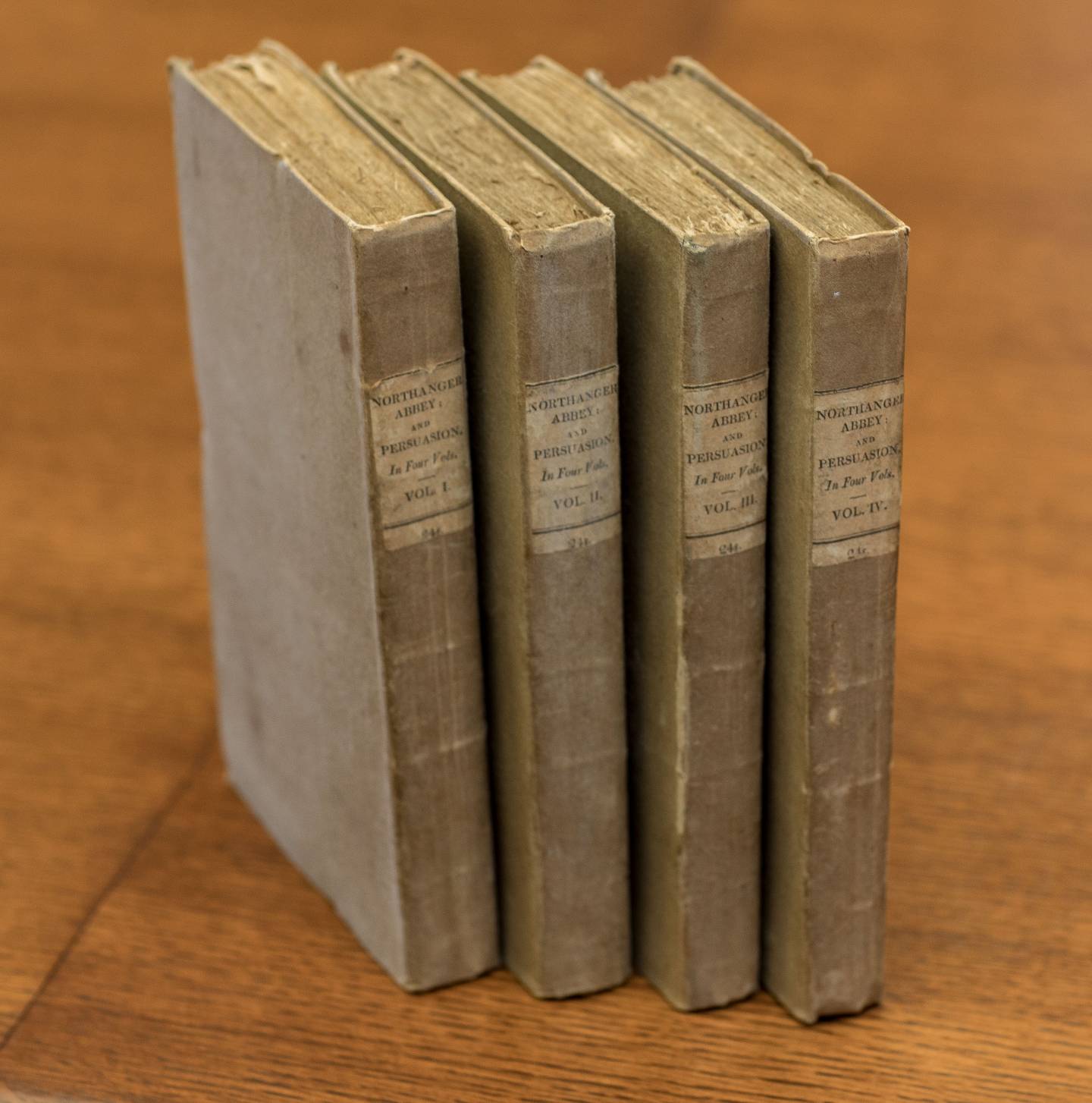 Johnson, too, has benefited from the co-teaching experience. “I was very surprised to learn, through Hope’s truly insightful pairing of ‘Frozen’ [the 2013 Disney animated film] with ‘Sense and Sensibility,’ to discover how closely the movie traced the same problems as Austen’s novel,” she said. “I was struck and pleased to see how students were using Austen as a way to think about how we conduct our emotional lives, about the relative advantages and disadvantages of reticence on one hand and openness on the other.”

With the majors of the students ranging from chemistry and computer science to psychology and Spanish, the makeup of the course seems to be a microcosm of the Austen fan base: eclectic and enthusiastic.

“It’s been great to see how excited the students are about Jane Austen,” Rogers said. “They all have fresh perspectives and are eager to participate in discussion.”

“I really appreciated our discussion on the film ‘Frozen,’ which I think best illustrates the goal of the class,” said sophomore Kirsten Traudt. “The film is not an adaptation of Austen, but when we compared it to ‘Sense and Sensibility,’ we found that the central sister relationships in each work commented on and informed each other in ways that actually changed the way I saw both works.”

Traudt said, “Even though the texts were written two centuries apart, they were able to ‘talk’ to one another and make each other richer, which I think is one of the great joys of being in an English class like this, which deals with things separated by long stretches of time.”

Like Traudt, many “Then and Now” students grew up reading Austen, but saw the course as an opportunity to engage with her work in new ways. In addition to weekly creative writing exercises, students are developing a creative interpretation of one of Austen’s works as their final project. 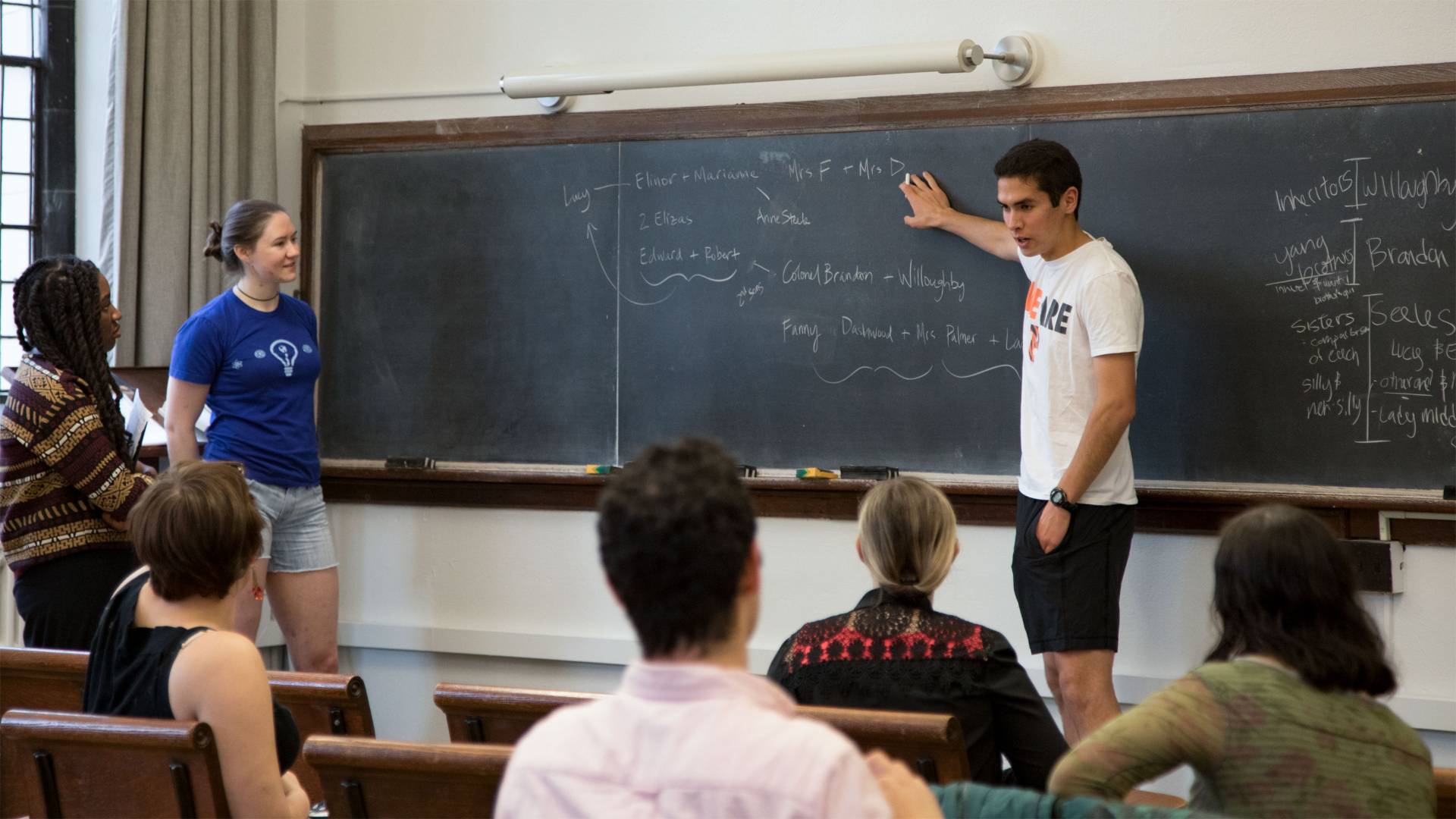 “We’ve done a lot of group activities and exercises that require us to consider Austen’s characters as if they were modern-day individuals, which adds considerable depth to reading her work,” junior Elena Anamos said. “It makes sense, as the course is called ‘Then and Now,’ but I appreciate the challenge that the incorporation of creative writing poses.” 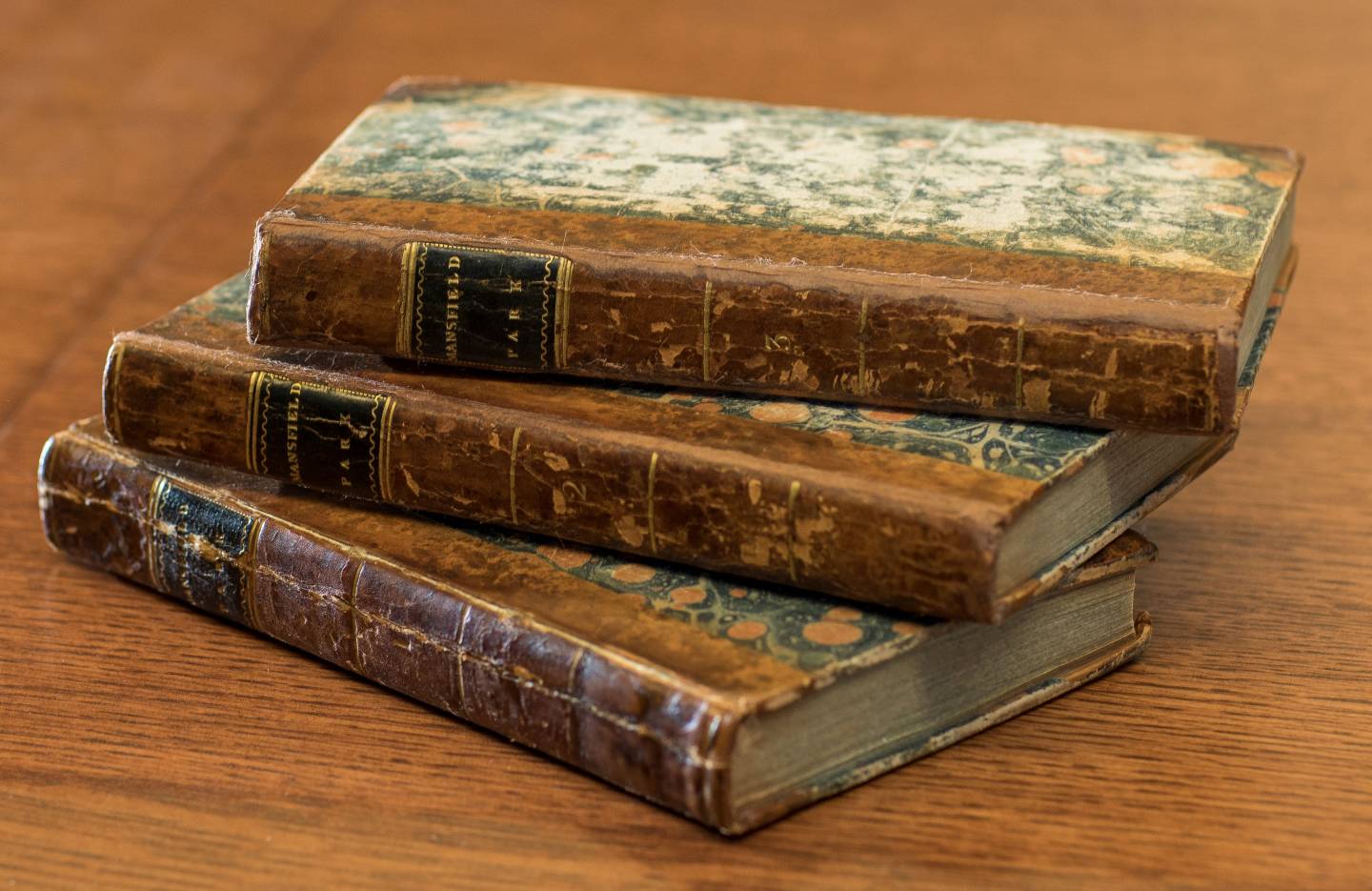 Sophomore Tait Helgaas, who began reading Austen in eighth grade, worried that the academic analysis of Austen’s work might “spoil the fun.” Fortunately, this was not the case. “I’ve actually really enjoyed exploring the technical, formal aspects of Austen’s writing as a lens through which to understand her lasting appeal,” said Helgaas.

Through pairings like an episode of “Buffy the Vampire Slayer” with Austen’s gothic parody “Northanger Abbey,” or an episode of “Jessica Jones” with “Mansfield Park,” students new to Austen were likewise impressed by the scope of her influence on contemporary texts.

“These associations have really surprised me, not only by the much more obvious similarities I now recognize, but by how much of an impact Austen has truly made in culture, beyond the literature realm,” said first-time Austen reader Micaela Mongelli, a sophomore.

Todd Gilman’s first Austen encounter was also relatively recent; he read “Emma” in Professor of English Jeff Nunokawa’s “19th-Century Fiction” course last spring, and came upon "Sense and Sensibility” while recovering from an illness. “Austen got me through my illness, and after reading all her novels this summer, I decided to take this class, even though I wasn’t originally signed up for it,” Gilman said.

The students’ enthusiasm for Austen, and the way they use her work to help think about their own lives, is a testament to the author’s resounding relevance, 200 years after her death, Johnson observed. 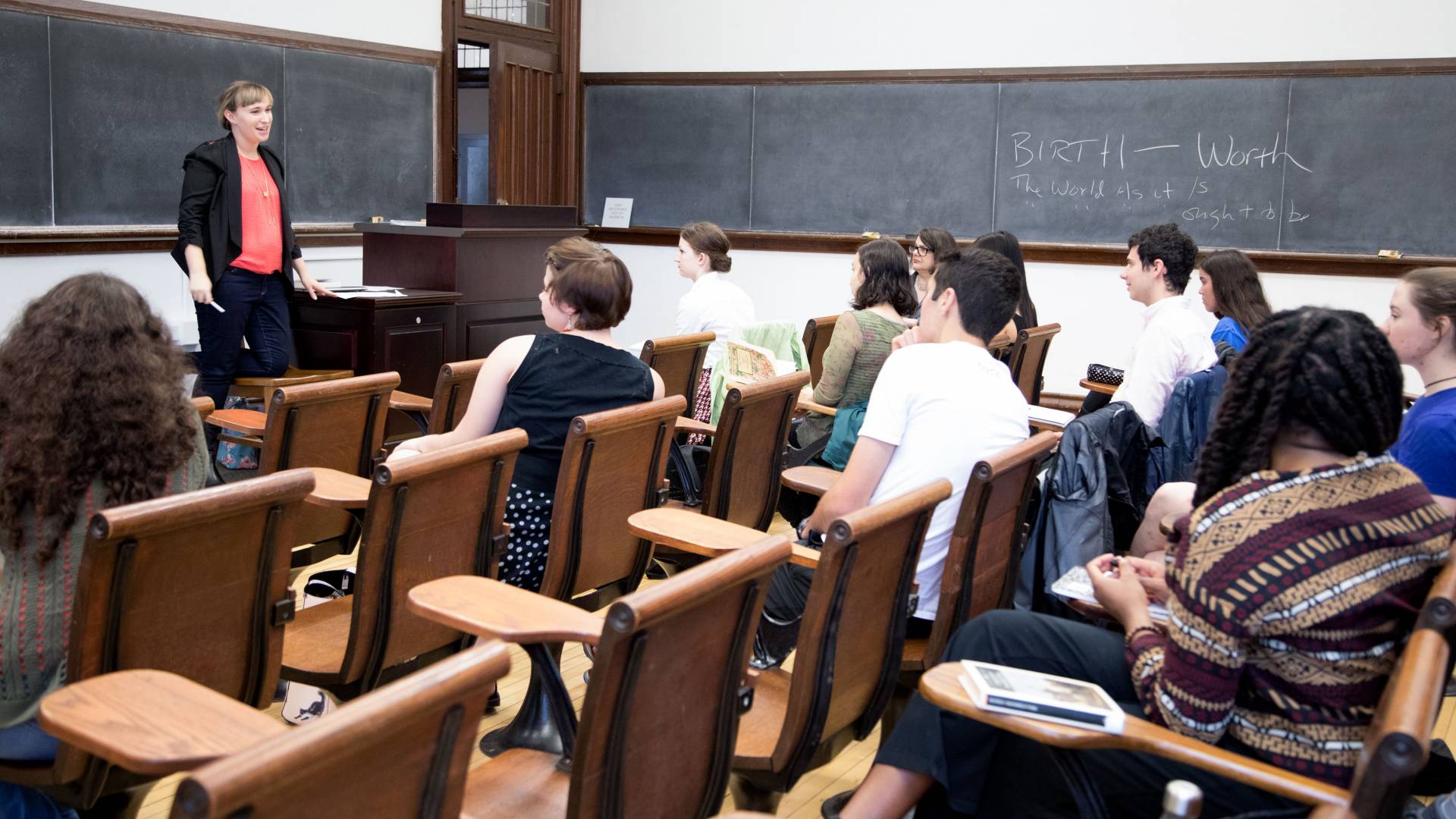 Hope Rogers, a graduate student in the Department of English, gives instructions for an interactive group activity.

“As a novelist, Austen taught us to locate adventure not in exciting and colorful adventures that happen to us outside, but in the adventure of our thoughts and reflections inside of ourselves," she said. "In dignifying the inner lives of ordinary people, she taught us that we too could be worthy subjects of novels, and that our ordinary lives have the heft of adventure."

“Austen is still relevant because, even though our circumstances have changed profoundly, our conflicts as we struggle to adapt our wishes and desires to the world of possibilities before us hasn’t changed.”

Added Johnson: “I hope the students come away finding Austen to be a lifelong companion, a source of insight into the world and their relation to it, and a source of inspiration, strength and consolation. It can’t get much better than that.” 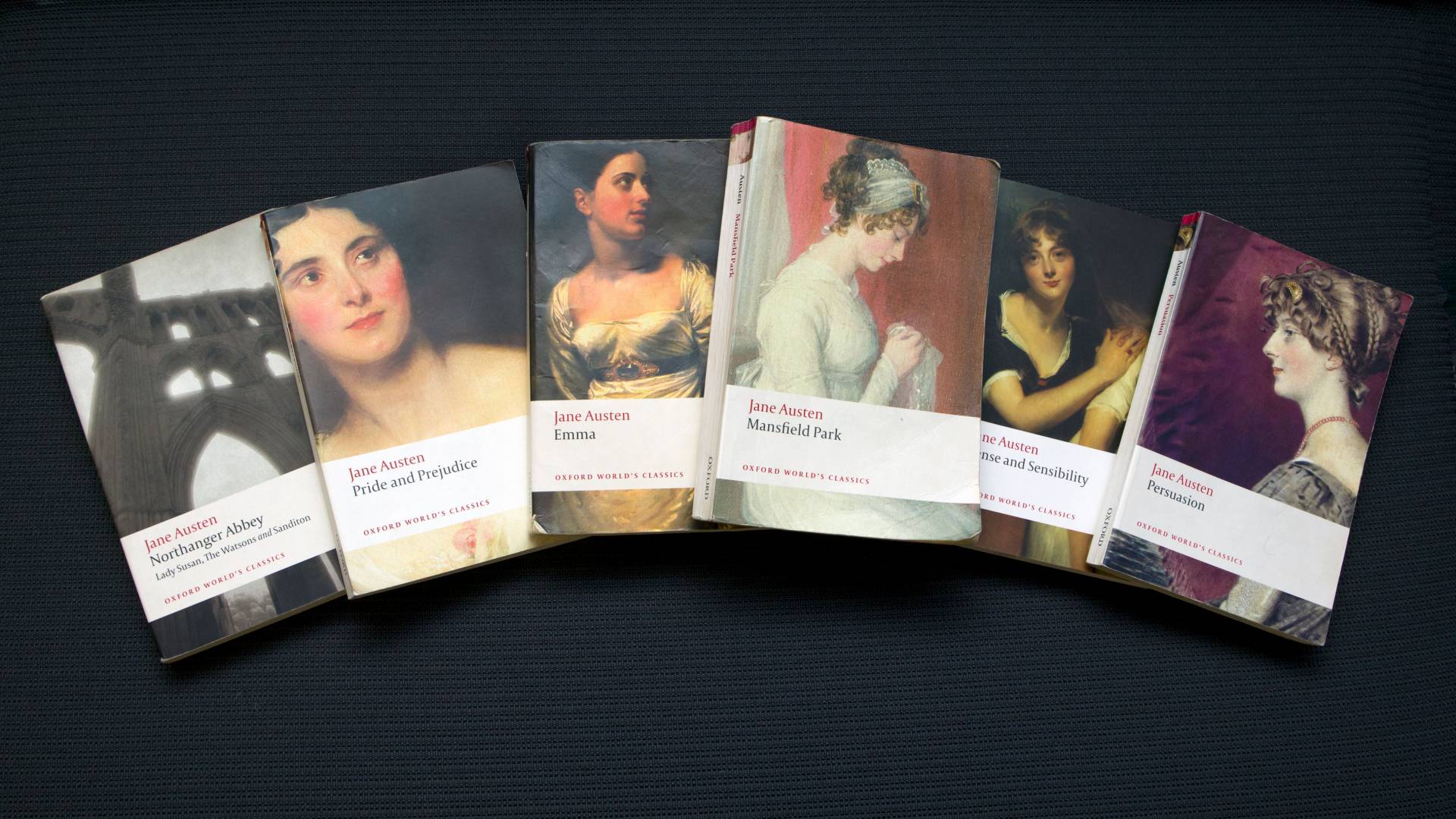