Since Hurricane Maria devastated Puerto Rico last September, the commonwealth has struggled to return to normalcy, and since that time, Princeton faculty, staff and students have found ways large and small to help.

The University community’s response has been individually motivated as well as coordinated across departments, speaking to the many issues faced by residents there more than five months after the storm hit. 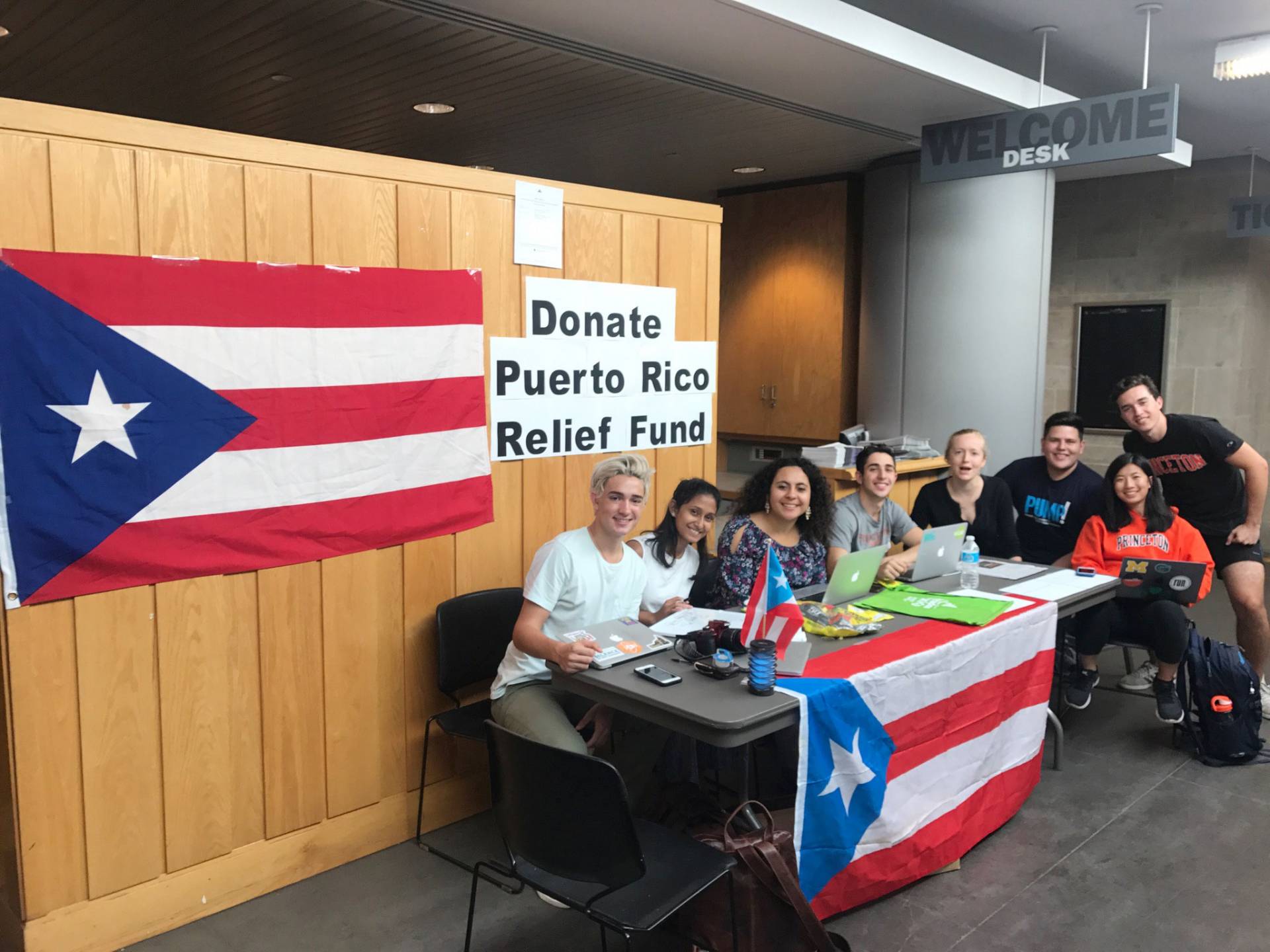 “The question for us is how can Princeton contribute in a way that leverages our core strengths in research and teaching,” said Aly Kassam-Remtulla, assistant provost for academic planning and institutional diversity and acting associate dean of the Graduate School. “There’s a lot of interest in this topic, and we want to enable faculty members, students and staff who want to contribute to these important efforts.”

Kassam-Remtulla participates in an informal working group of about 10-15 Princeton faculty and staff members who meet monthly to discuss efforts to assist Puerto Rico and, in particular, how to help Princeton’s academic counterparts on the island. Princeton has undergraduate and graduate alumni who work at the University of Puerto Rico’s campuses. Faculty and students there still face the loss of basic resources, destroyed facilities and an inability to access research materials.

In Maria’s immediate aftermath, Princetonians with direct ties to the island led some of the early efforts to provide assistance. Diego Negrón-Reichard, a senior from San Juan who is majoring in the Woodrow Wilson School of Public and International Affairs, set up a table at Frist Campus Center with a group of fellow students and raised $1,000. He decided to go further, rallying several eating clubs to contribute, setting up a Facebook page and starting a GoFundMe campaign to solicit alumni, eventually raising a total of $25,000.

Much momentum and leadership has come from the Program in Latin American Studies (PLAS), which as part of its 50th- anniversary celebration had planned a two-part colloquium titled “Bankruptcy and Citizenship: Puerto Rico, A 21st Century Colony?” Several of the speakers scheduled to attend in October needed to cancel as they dealt with the hurricane’s aftermath.

The second installment, "The Future of the Puerto Rican Body," is being held 9 a.m. to 6 p.m. Friday, March 9, in Burr Hall, with an expanded lineup of experts. Many of the participants are being sponsored by the Campus Conversations on Identities initiative and will address Puerto Rico’s debt crisis and its social consequences, which loomed large even prior to Hurricane Maria. The panelists will also discuss questions regarding Puerto Rico’s status as a U.S. territory and unresolved issues regarding U.S. citizenship. 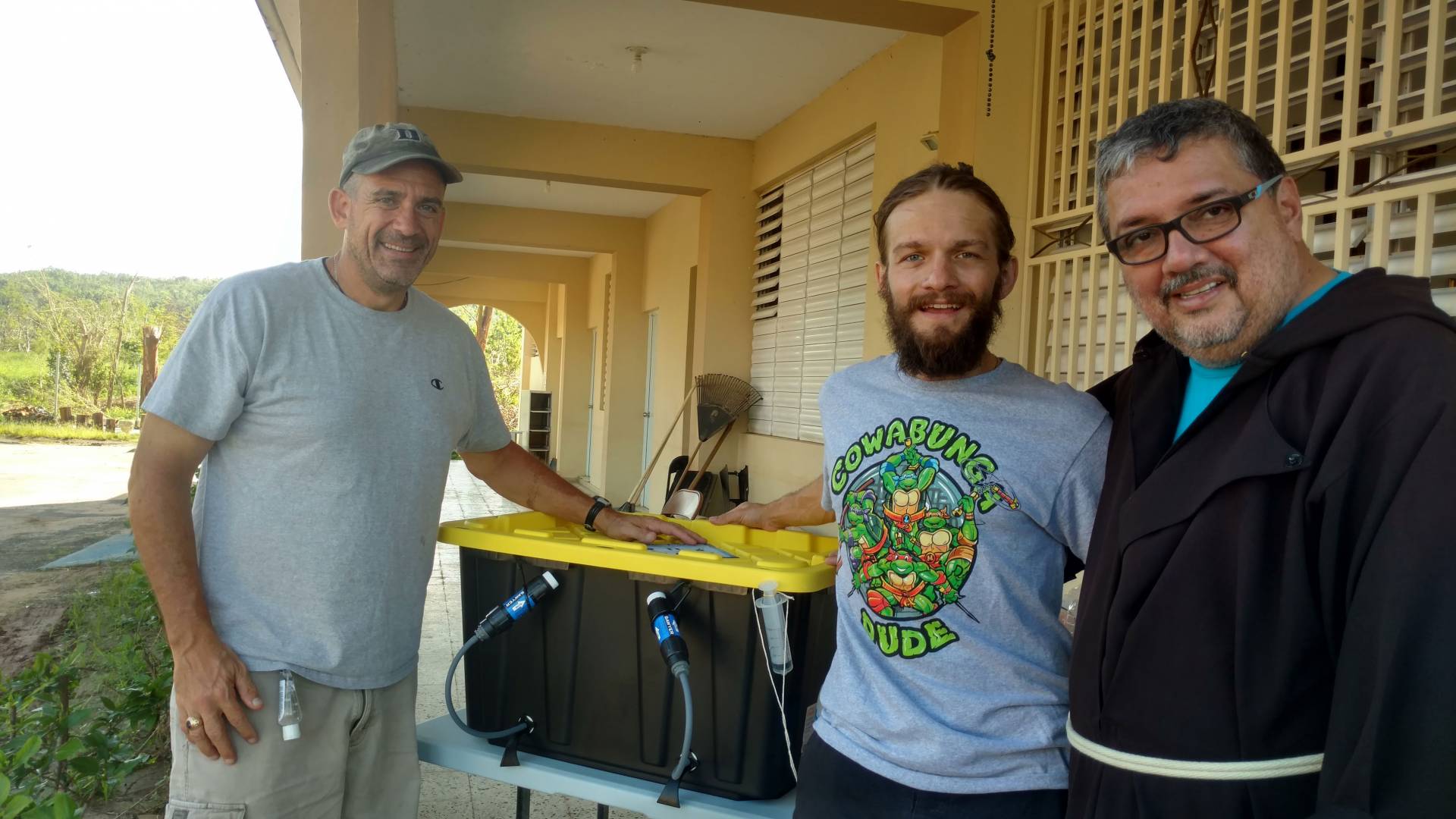 After the hurricane, Alan Kaplan, a lecturer in computer science who vacations frequently in Rincón, packed up four duffel bags with supplies and traveled alone to the island during fall break to see how he could help. “It wasn’t like you could go and sign up for anything,” he said. “It wasn’t very well organized.”

Kaplan joined some locally organized groups — made up of residents and others who similarly had flown in to volunteer — distributing food and water, clearing yards and scavenging for materials to rebuild roofs that were blown off homes. He returned in December with his wife and two daughters, rebuilding more roofs and clearing and replanting farms that were destroyed.

The Center for Digital Humanities hosted a “mapathon” to create open-source maps for relief workers attempting to deliver critical supplies and services to remote areas where current digital maps are inadequate.

After learning that Paola Figueroa Delgado, a student in the 2017 Summer Undergraduate Research Program in Molecular Biology, was impacted by the hurricane, Elizabeth Gavis, the Damon B. Pfeiffer Professor in the Life Sciences and professor of molecular biology, invited Delgado back to campus to continue her research project while the situation on the island and at the University of Puerto Rico improved.

“Princeton University’s support and willingness to provide resources and an environment where I could thrive after dire circumstances speaks volumes of their motivation to help after Hurricane Maria’s impact,” Delgado said. “I am very thankful for the opportunities offered by Princeton University and kind support from its community.”

Norbert Cruz-Lebron, a fellow Puerto Rican and graduate student in neuroscience, mentored Delgado before and during her stay, helping her to make the difficult decision to leave her home to focus on her research and graduate school applications. “I made sure that I made a difference, even if it was only through helping her,” Cruz-Lebron said. “And it payed. She got interview offers all around, even in the face of adversity.”

He also joined with the Princeton chapter of SACNAS (Society for Advancement of Chicanos/Hispanics and Native Americans in Science) and Vanessa González-Perez, assistant dean for diversity initiatives in the natural sciences in the Office of the Dean of the Graduate School, to organize a bake sale. In December, Cruz-Lebron hosted a WPRB-FM program on the science of hurricanes to help maintain awareness about Puerto Rico’s ongoing crisis.

As these efforts came to light, the Pace Center for Civic Engagement and the Office of the Provost connected to coordinate Princeton’s involvement, Kassam-Remtulla said. A meeting was held in December with more than 30 community members, and the working group has convened monthly ever since.

Arcadio Díaz-Quiñones, the Emory L. Ford Professor of Spanish, Emeritus, and professor of Spanish and Portuguese languages and cultures, emeritus, a member of Princeton’s working group, said the hurricane’s aftermath laid bare issues already facing Puerto Rico, in particular, its financial crisis and its relationship to the United States.

“There has been scant attention paid to Puerto Rico and its history even in the face of the severe fiscal crisis,” Díaz-Quiñones said. “In the aftermath of Hurricane Maria, that has changed a little bit.”

In addition to hosting the colloquium, PLAS recently made a grant directly to a leading Puerto Rican digital cultural and political journal, 80 Grados, which Díaz-Quiñones said is an important source of independent journalism and academic writing. Princeton undergraduate and graduate alumni as well as faculty members contribute to the journal.

PLAS, with the Office of the Provost, is planning to bring a handful of faculty members and graduate students from the University of Puerto Rico to Princeton this summer, so they can use Princeton’s resources for their academic research.

The Pace Center has been involved with the working group and also has sought ways to facilitate interest across the University and in the community, said Program Coordinator Evan Schneider.

When Princeton High School raised money to host a group of students from La Escuela Libre de Música in San Juan attending the Berklee Jazz Festival in early February, the Pace Center coordinated their visit to campus and held a small celebration for the jazz ensemble, their teacher and chaperones after they won first place in their category. 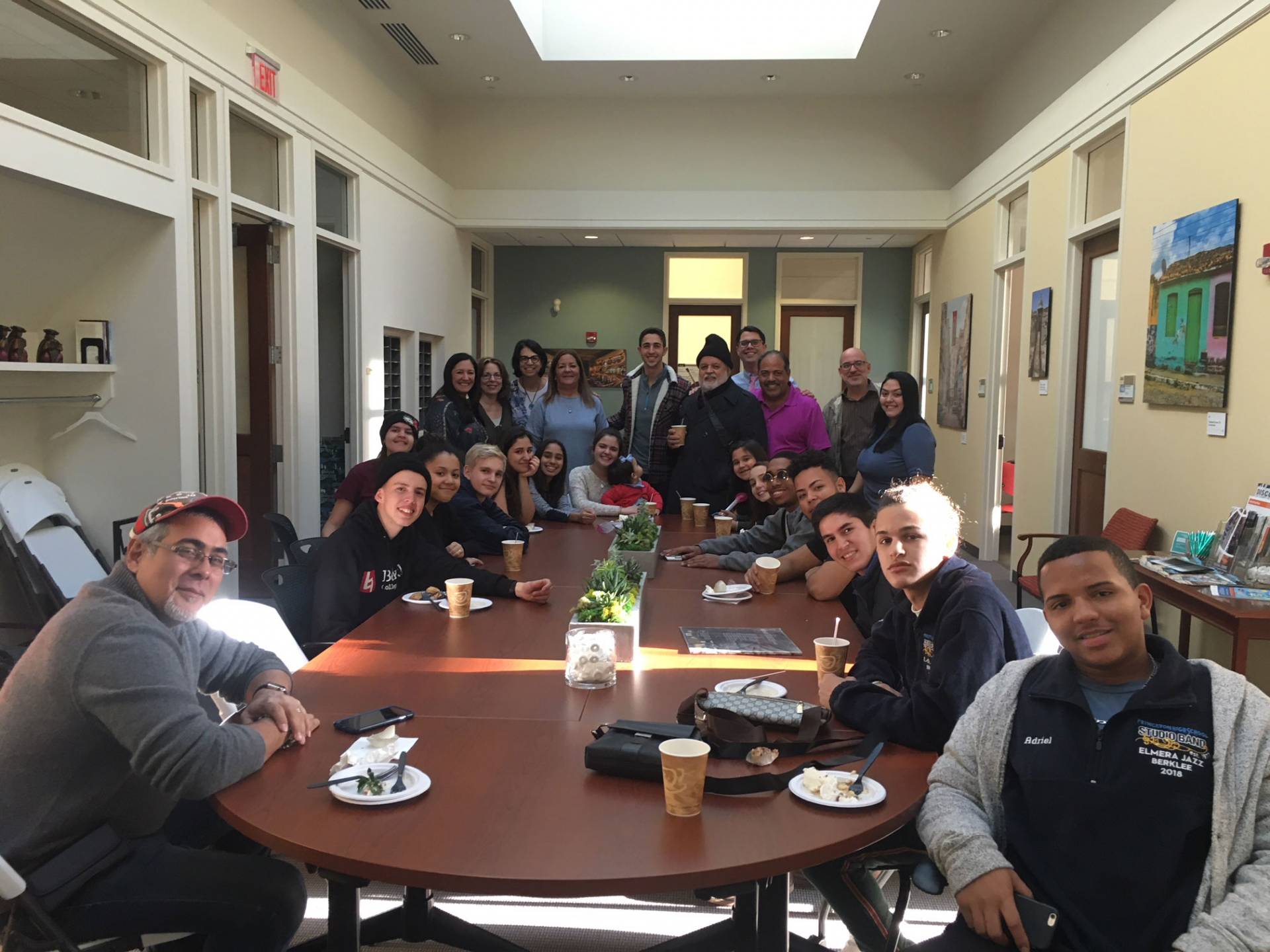 More efforts for Puerto Rico and the welfare of its residents are underway.

Princeton alumnus Eduardo Bhatia-Gautier, minority leader and former president of the Senate of Puerto Rico, was selected as the speaker for the University’s 2018 Baccalaureate ceremony.

Kaplan will return to the island this summer with a group of undergraduates who will assist him in relief projects and also act as teaching assistants for Princeton’s “General Computer Science” course, which he will teach at the University of Puerto Rico at Mayagüez.

Díaz-Quiñones and his spouse Alma Concepción have loaned part of their Puerto Rican graphic arts collection to display at PLAS in Burr Hall through June, and they plan to find other ways to support art and artists on the island.

Negrón-Reichard said he was so encouraged to see the Puerto Rican diaspora activate at Princeton, that he is helping to revive Acción Puertorriqueña y Amigos, a student organization.

“I have a responsibility to educate our peers as to what is Puerto Rico, its relationship to the United States and how people can get involved in meaningful ways,” Negrón-Reichard said. “I want to lay the groundwork. I hope others run with it.”