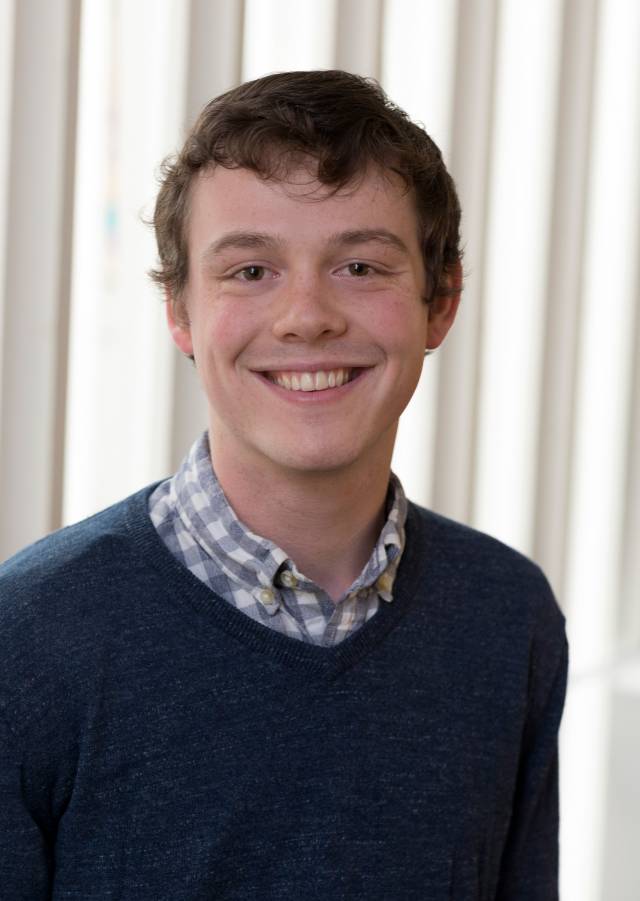 Princeton senior Jamie Hintson has been awarded a Gaither Junior Fellowship, which gives graduating seniors an opportunity to work as research assistants to senior scholars at the Carnegie Endowment for International Peace.

Hintson, who is from Easley, South Carolina, is a politics major who plans to pursue a Ph.D. in political science with a focus on international relations, and a career in academia.

He is one of 12 students from around the country to be selected as Gaither Junior Fellows, each specializing in a different topic or region.

As the South Asia program fellow, Hintson will research topics such as corruption in Indian politics and terrorism in Afghanistan and Pakistan. More broadly, Hintson will study the geopolitics of the entire region with the neighboring countries of India, Afghanistan and Pakistan, and with the United States’ and President Trump's role in the region.

At Princeton, Hintson worked for two years as a research assistant to Melissa Lee, assistant professor of politics and international affairs, who also supervised his junior paper.

“Research assistance is often unglamorous hard work, but Jamie has always exceeded my highest expectations and without complaint,” said Lee. “He has contributed to several of my projects and completed tasks ranging from data collection and data entry to putting together literature reviews to conducting regression analysis. Working for me has given him the opportunity to see the research process from the ground up.”

She added, “His year at Carnegie as a Gaither Junior Fellow will allow him to further hone his considerable skills as he contributes to the production of world-class policy-relevant research.”

In his senior thesis, “Crossing the Line: When Neighbors Fight Rebels Across Borders," Hintson collected data on cross-border interventions against rebels and states’ responses to those interventions between 1989 and 2009. He said he focused particularly on sub-Saharan Africa because “borders in the region were often drawn without respect to geographic features or ethnic lines, allowing rebels to operate across borders with relative ease.”

Last summer, Hintson conducted field work for his thesis in Uganda and the Democratic Republic of Congo, where he interviewed border security officials at the Ugandan border.

Hintson, a member of Forbes College, is a two-time winner of the Shapiro Prize for Academic Excellence, and the winner of the Caroline M. Picard Prize in Politics, which is awarded to the most promising senior thesis in the Department of Politics. He has been a member of the Princeton Debate Panel for four years and coaches debate at a local high school. Hintson also served as a tutor with the Petey Greene Program, a local prison teaching initiative.