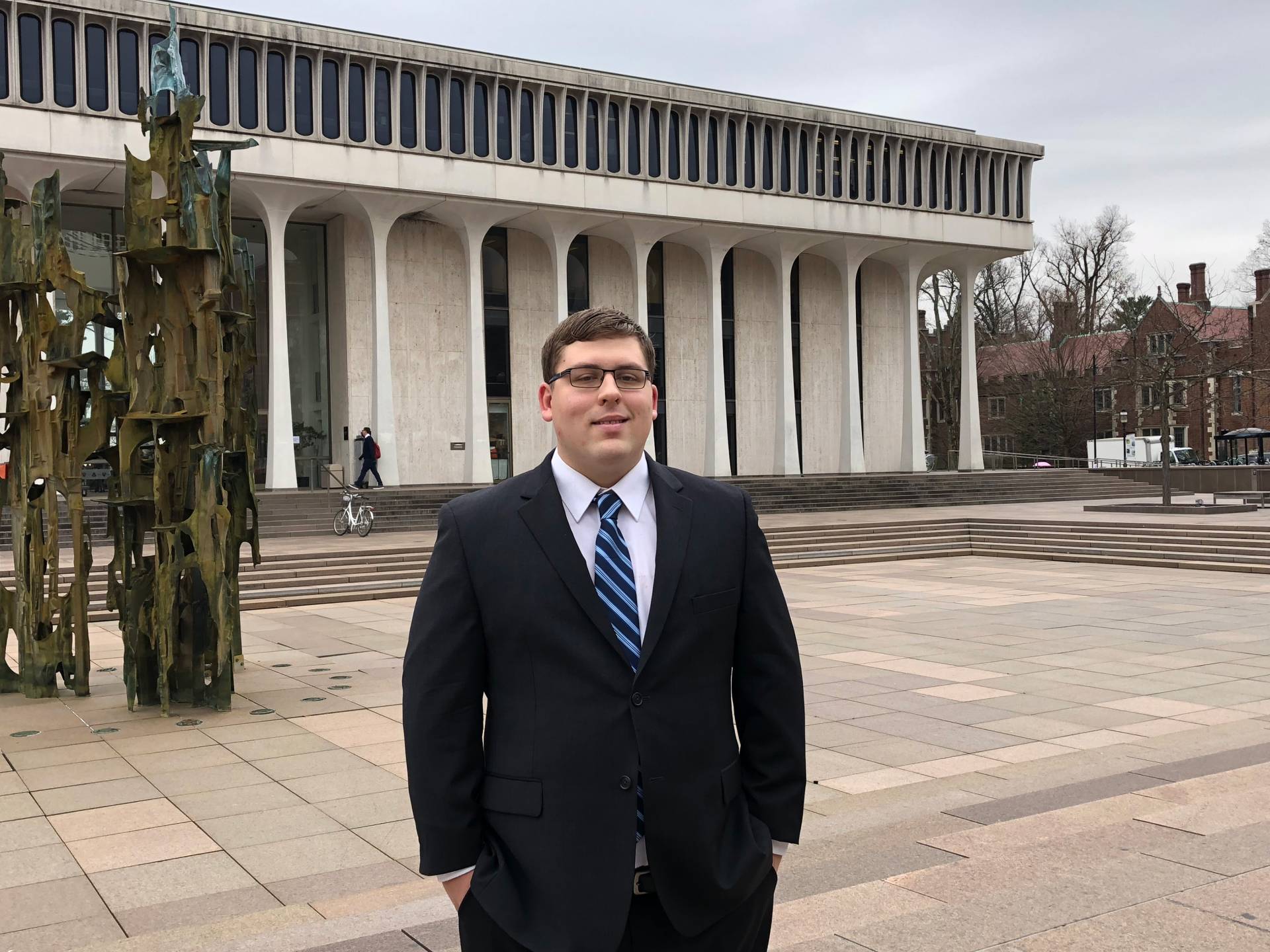 Michael Wisner, a senior concentrator in politics with a specialization in international relations from Polk, Pennsylvania, has been named a 2019 Rangel Fellow.

The Charles B. Rangel International Affairs Fellowship is a U.S. State Department program administered by Howard University that seeks to attract and prepare outstanding young people for careers as diplomats in the United States Foreign Service.

The latest cohort of 30 fellows will begin two-year graduate programs in fall 2019 and hold internships on Capitol Hill and overseas at U.S. embassies and consulates. Upon completion of the program, fellows join the State Department Foreign Service.

Wisner will receive up to $37,500 each year for his academic studies and living expenses and up to $10,000 each summer for internship-related support. He currently is in the process of applying to graduate programs in international relations.

A member of Forbes College, Wisner is completing certificates in African studies, history and the practice of diplomacy, Latin American studies, and Spanish language and culture.

Wisner has interned for the Ashinaga Africa Initiative in Nansana, Uganda, teaching courses for bereaved and orphaned students from across sub-Saharan Africa. He also had a summer internship with the U.S. Department of State in Dar es Salaam, Tanzania, which he credits with sparking his interest in the U.S. Foreign Service. “Working within this incredible community gave me a sense of purpose,” he wrote in his personal statement. “I knew then that diplomacy was the perfect fit.”

Wisner spent a summer abroad in Greece and a semester abroad in Argentina, where he worked as an English as a second language instructor in Natan Gesang International School in Buenos Aires. Since 2016, he has taught ESL at the Resource Center of Catholic Charities, Diocese of Trenton, in New Jersey.

In 2017, Wisner climbed Mount Kilimanjaro in Tanzania as part of a fundraising campaign to close a funding gap for his hometown high school football team. He also participated in an effort through Engineers Without Borders to engineer and install a water system in Peru. As part of the project, he co-led a 12-person team to author a Spanish-language water system manual for use by the community.

Wisner is a student manager for the Princeton football team, overseeing filming during practices and games and assisting with recruitment and player development evaluation. He is a member of the Cannon Dial Elm Club.

“Mike is truly committed to personal and professional growth and excellence, and he is exactly the kind of person who should be on the front lines representing the best of what the United States has to offer,” said Melissa Lee, assistant professor of politics and international affairs. “It would be a privilege for the Foreign Service to have him.”