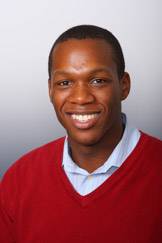 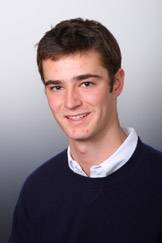 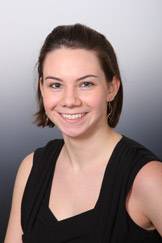 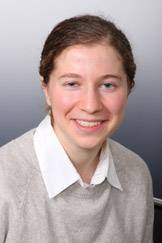 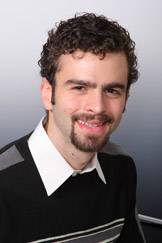 The Woodrow Wilson School of Public and International Affairs has selected five students to be the 2010 undergraduate cohort of the Scholars in the Nation's Service Initiative (SINSI), a scholarship program designed to encourage and prepare exceptional students for careers in the U.S. government.

"This year saw a particularly rich pool of applicants for the SINSI scholarship program," said SINSI director Barbara Bodine, a former U.S. ambassador and career senior Foreign Service officer and a diplomat-in-residence at the Wilson School. "Those selected represent the best that Princeton has to offer -- academically strong, deeply committed to public service and enthusiastic about the opportunities to apply their talents, skills and ambitions to the most daunting challenges facing us as a country, a people and a government going forward in the years ahead."

All Princeton juniors are eligible to apply for the competitive program. Selected students devote the final three semesters to completing their majors along with courses in public policy, develop a familiarity with career opportunities in the federal government, and spend the summer after their junior year in a federal government internship.

Upon earning their bachelor's degrees, students are admitted into the Wilson School's two-year master in public affairs (MPA) program. After completing their first year of graduate study, students work for two years in federal government as part of the SINSI fellowship then return to campus to complete the MPA program. Scholars also have the opportunity for intensive language training during one summer.

• Jared Crooks, an astrophysical sciences major from Fort Worth, Texas, who seeks to use his scientific and technical background to deal with issues of foreign and domestic science policy, national security and development of alternative energy. He has done field research in South Africa, China and Tunisia and has served as an intern at NASA. He is pursuing a summer internship at the White House Office of Science and Technology Policy with a long-term career interest in returning to NASA or working at the U.S. Department of Energy.

• Kevin McGinnis, a Wilson School major from Salisbury, Md., who studies environmental issues -- specifically sustainable water resource management -- and Latin American politics. McGinnis has gained experience in his areas of interest through serving with Engineers Without Borders in Ethiopia and interning with the Inter-American Dialogue in Washington, D.C. He will participate in the Wilson School's inaugural semester abroad program at the University of Havana this spring. He is exploring internships and long-term career options at the U.S. Department of State, the U.S. Agency for International Development (USAID) and the U.S. Department of Justice.

• Megan McPhee, a native of Sudbury, Mass., who is a Wilson School major and certificate candidate in Spanish, Latin American studies and musical performance. She held a summer internship with La Asociación Pro Arte y Cultura, a nonprofit organization in eastern Bolivia, and spent a semester abroad in Buenos Aires, Argentina. McPhee hopes to combine her passion for music and the arts with her interest in international affairs, public diplomacy and stabilization initiatives through a career at the U.S. Department of State or USAID. She has accepted an internship for this summer at the Department of State's Office of the Coordinator for Reconstruction and Stabilization working on Haiti, Cuba and an emerging initiative on Central America.

• Marian Messing, of St. Paul, Minn., who is a Wilson School major and certificate candidate in Arabic language and culture and Near Eastern studies. She will spend this spring at the American University in Cairo. An undergraduate associate and a 2009 Liman Fellow in the Program in Law and Public Affairs, Messing is interested in issues of international law, human rights and immigration reform. She has been an intern at Human Rights Watch's Terrorism and Counterterrorism Program and is pursuing a summer internship at the U.S. Department of State's Bureau of Democracy, Human Rights and Labor, the U.S. embassy in Cairo or the Department of Homeland Security.

• Elias Sánchez-Eppler, of Amherst, Mass., who is interested in Latin American issues and hopes to promote international development through a career in the U.S. Foreign Service. He is a Wilson School major and certificate candidate in Latin American studies. Sánchez-Eppler has lived in Costa Rica, Spain and Chile. This spring he will join the Wilson School's study abroad program at the University of Havana and study demography and development through a policy task force at the university's Center for Demographic Studies. He is pursuing a summer internship with USAID or the Millennium Challenge Corp. Outside of Princeton, Sánchez-Eppler serves on the governing corporation of the American Friends Service Committee.

"The need for talented and committed men and women to enter public service has never been greater. The challenges we face at home and abroad require a new generation of policy innovators with excellent analytical skills, a deep understanding of substantive policy issues and a wealth of experience," said Wilson School Dean Christina Paxson. "These five outstanding individuals demonstrate the remarkable range of talents among Princeton students as well as a common passion for public service."

The purposes of the scholarship program, modeled after the Rhodes and Marshall scholars, are twofold. The first is to raise awareness and the prestige of career government service among a new generation of college students. The second is to provide these students with the firsthand experience in federal service and the rigorous academic preparation, language skills and workplace skills needed to succeed.

Princeton formally launched SINSI in February 2006. In February 2007, the Wilson School expanded the program to include up to five scholarships (two years of study combined with a two-year federal fellowship) for any U.S. citizens who apply for enrollment in the school's MPA program.

To date, scholars have pursued internships and fellowships with the departments of State (including a number of embassies abroad), Defense, Treasury and Agriculture; the Central Intelligence Agency; USAID; the Millennium Challenge Corp., the Department of the Army; the Council of Economic Advisors; and the White House.

Detailed information about the initiative and articles from current scholars about their experiences are available on the SINSI website.