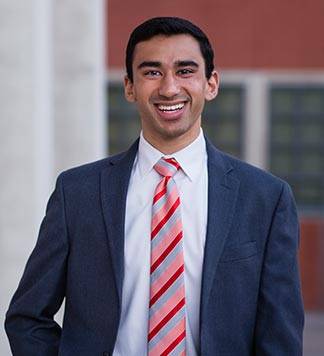 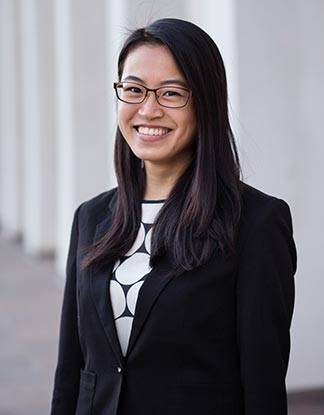 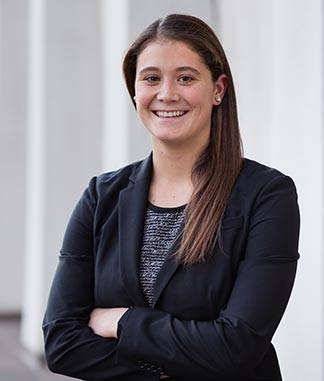 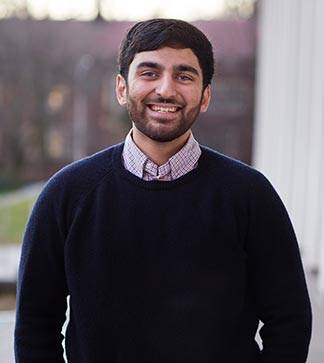 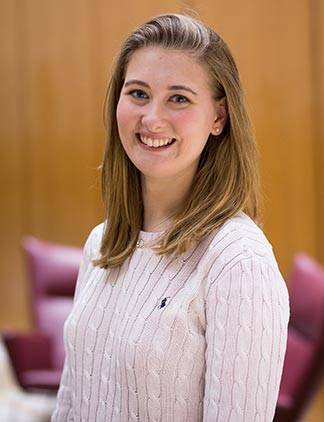 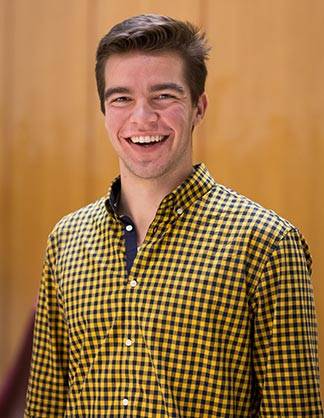 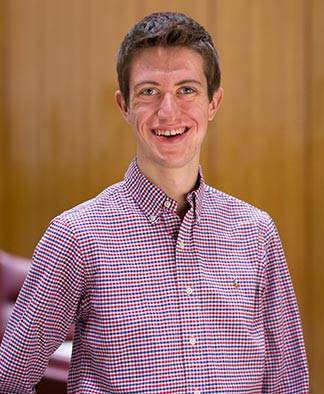 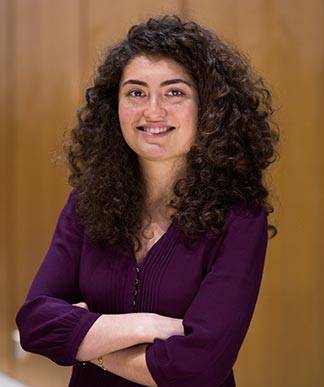 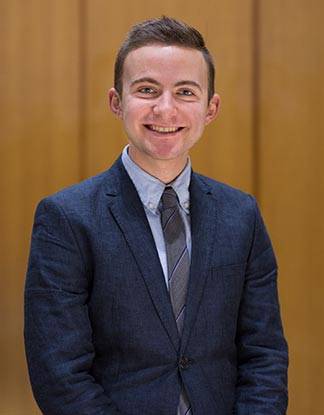 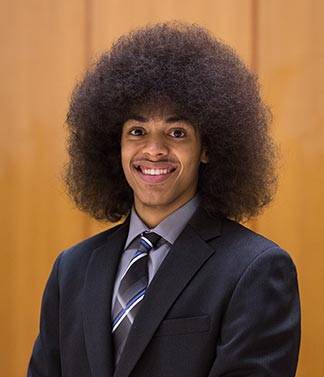 The Woodrow Wilson School of Public and International Affairs at Princeton University has selected 10 students for the 2017 cohort of the Scholars in the Nation's Service Initiative (SINSI).

Established in 2006, SINSI is designed to encourage, support and prepare the nation's top students to pursue careers in the U.S. federal government, in international and domestic agencies. Through rigorous academic training integrated with work experience, the goal of the highly competitive scholarship program is to provide students with the language and workplace skills needed to succeed in the public policy arena.

The 2017 cohort is the first selected under SINSI's new leadership. Co-directors Frederick (Rick) Barton, lecturer of public and international affairs, and Kathryn R. (Kit) Lunney began their appointments on Sept. 1, 2016. Barton is a former assistant secretary of state for conflict and stabilization operations at the U.S. Department of State. During Lunney's career in the federal government, she worked at the Equal Employment Opportunity Commission, was an intergovernmental relations officer at the U.S. Department of Transportation and served as deputy general counsel at the U.S. Department of Commerce.

The Class of 2017 graduate scholars are:

Kishan Bhatt, a senior from Edison, New Jersey, is a Wilson School concentrator and a certificate candidate in global health and health policy and American studies. A U.S. health policy scholar at Princeton's Center for Health and Wellbeing, he cares deeply about policies that encourage medical innovation, disease prevention and value-based health care delivery. During summer 2016, Bhatt analyzed clinical cost and outcomes data for Remedy Partners, a technology start-up that serves 1,300 hospitals participating in Medicare's $12 billion Bundled Payment for Care Improvement program. Previously, he researched counter-bioterrorism strategy at the Federation of American Scientists, publishing a report for federal officials on the legal and biological tools to deter and detect potential disease threats. Bhatt has studied abroad in Spain and directed an international exchange program connecting 80 high school students from Japan and the United States. He serves as a four-year senator for the Undergraduate Student Government, a peer career adviser, an Orange Key tour guide and a fellow with the Human Values Forum.

Emily Chen, a senior from Denville, New Jersey, is a civil and environmental engineering major and a certificate candidate in German language and culture. With an aim to address climate change, she has sought to understand various perspectives during her undergraduate years — studying environmental engineering, volunteering as an environmental activist and interning at a regional governmental agency. As a Princeton Brazil Global Fellow, she spent summer 2016 researching the effect of air quality on respiratory and cardiovascular health at the University of São Paulo Medical School. During the previous summer, Chen had an internship at the Hessian Ministry of Economics, Energy, Transport and Regional Planning in Germany, where she compiled regional data on renewable energy for the biannual report and assisted the director of the energy monitoring division. Chen leads environmental initiatives on campus through Green Princeton. She also is a member of the Princeton University Orchestra and Triple 8 Dance Company.

Olivia Hompe, a senior from New Canaan, Connecticut, is a Wilson School concentrator and a certificate candidate in Near Eastern studies. Proficient in Arabic, she focuses on security studies in the Middle East and North Africa. In summer 2016, Hompe worked in the intelligence community in Washington, D.C., embedded in a unit that developed both her language and analytical abilities related to the intersection of intelligence and national security. In summer 2015, Hompe had an internship at Running Start, a nonpartisan nonprofit in Washington, D.C. dedicated to increasing the number of young women involved in politics. She helped coordinate the activities of the nonprofit and served as a mentor to high school girls interested in political careers. An All-American in lacrosse, Hompe served as a two-time captain of the Princeton women's team, as well as the president of the Varsity Student-Athlete Advisory Committee. She also is a member of the Princeton Women's Mentorship Program, Princeton Students for Gender Equality and volunteers as an Arabic peer tutor.

Nabil Shaikh, a senior from Reading, Pennsylvania, is a politics major and a certificate candidate in global health and health policy and in values and public life. Shaikh, who cares deeply about global access to health care and health disparities, has spent his time at Princeton broadening his understanding of how various actors and policies shape health and wellness in society. During summer 2016, Shaikh spent two months as a Princeton Global Health Scholar in Hyderabad, India, where he performed thesis research surveying more than 100 terminally ill cancer patients on their experiences with accessing end-of-life care. He then spent time in Trenton, New Jersey, as a policy research intern at the New Jersey Department of Health, focusing on minority and multicultural health. Shaikh is active in the activities of the Muslim Life Program, Muslim Advocates for Social Justice and the Office of Religious Life. He has served as treasurer for the Pace Council for Civic Values and as a freshman trip leader for Community Action.

Caroline Jones, a junior from Princeton, New Jersey, is a junior in the Wilson School focusing on conflict and cooperation who is pursuing certificates in Latin American studies and the history and practice of diplomacy. During summer 2016, she had an internship at CNN's "Fareed Zakaria GPS" as a recipient of the Ferris Grant for Summer Internships in Journalism. The previous summer, she worked at the Wilson School's Innovations for Successful Societies research program, working on case studies about justice and security sector reform. Jones is a recipient of the Shapiro Prize for Academic Excellence. She sings with the Princeton University Glee Club and the Chamber Choir and is a member of Princeton's figure skating team.

Sam Rasmussen, a sophomore from Salt Lake City, has yet to decide his major but is pursuing a certificate in East Asian studies. Prior to starting at Princeton, Rasmussen spent two years serving as a missionary for the Church of Jesus Christ of Latter-day Saints (Mormon) in Taiwan, where he learned Mandarin Chinese. After spending the first part of the summer after his freshman year backpacking through Vietnam and Cambodia, Rasmussen participated in a global seminar at Peking University in Beijing. He will be studying abroad at Tsinghua University in Beijing in spring 2017. At Princeton, Rasmussen is a volunteer tutor with the Petey Greene inmate tutoring program, works in the Center on Contemporary China, is an Outdoor Action leader and is president of the Latter-day Students Association.

John "Newby" Parton, a junior from McMinnville, Tennessee, is a Wilson School concentrator and a certificate candidate in values and public life and in urban studies. Parton has focused his academic work on the judicial branch and public service journalism. In summer 2016, he participated in an international seminar in Rome on the history, sociology and policy implications of ghettos. Parton has worked with the Office of Religious Life to help establish a program that partners Princeton students as mentors to young refugees resettled in Trenton. He has worked as a dormitory assistant, tour guide, economics tutor and a counselor for a STEM camp serving minority and low-income students. Parton is an editor for The Daily Princetonian, the president of Speak with Style and the treasurer of a debate group.

Sarah Sakha, a junior from Phoenix, is a Wilson School concentrator and a certificate candidate in Near Eastern studies and in values and public life. She grew up speaking Farsi and English, has attained proficiency in Spanish and elementary proficiency in Arabic, and is studying Arabic. During summer 2015, she had an internship with the Survivors of Torture program at the International Rescue Committee, where she helped refugees navigate all aspects of the resettlement process, including employment, housing, education, health services and cultural integration. Sakha is involved with Breakout Princeton, having co-led an alternative break trip to Detroit/Dearborn, Michigan, to learn about refugee resettlement in the United States. She also is a diversity peer educator at the Carl A. Fields Center for Equality and Cultural Understanding, co-chair of the Mental Health Initiative Board, editor for The Daily Princetonian and Princeton Progressive, and is very involved with student activist groups.

Elon Schmidt-Swartz, a junior from Los Angeles, is an A.B. candidate in the Department of Philosophy and a certificate candidate in the Program in European Cultural Studies. A 2015 recipient of the Shapiro Prize for Academic Excellence, Schmidt-Swartz's primary focus is in political theory and moral philosophy, with a particular interest in the principles of justice that underlie public establishments in Europe and America. In summer 2016, Schmidt-Swartz had an internship at the Los Angeles County District Attorney's Office, where he aided trial attorneys by conducting legal research and writing pretrial motions. At Princeton, he is a member of Pace Council for Civic Values and a volunteer through the Prison Electives Project. Schmidt-Swartz has served as a student leader at Princeton's Center for Jewish Life and has performed with the Princeton Shakespeare Company and Theater Intime.

Jordan Thomas, a junior from Newark, New Jersey, is a Wilson School concentrator pursuing dual certificates in Portuguese language and culture and in African American studies. He has worked with the Pace Center for Civic Engagement on projects that aim to bridge the income-achievement gap in New Jersey by mentoring and supporting underrepresented area youth. Thomas is particularly interested in the role that law, public policy and high-quality education play in expanding access and opportunity for disadvantaged populations. In summer 2016, he traveled to Rio de Janeiro and performed humanitarian service in favela neighborhoods during the Olympics. Thomas is a residential college adviser, one of the co-chairs on the Community House Executive Board, Office of International Programs (OIP) Student Advisory board member, a U-Store student trustee, a Students for Education Reform board member and a Pace Center service fellow.

SINSI recruits Princeton students from a broad range of academic backgrounds — not only from the Wilson School but also concentrations as diverse as astrophysical sciences, chemical and biological engineering, chemistry, molecular biology, English, politics and Near Eastern, East Asian, and Latin American studies.

The core element of the graduate program is a two-year SINSI-supported fellowship with an executive branch department or agency, usually placed between the first and second year of the MPA program. In addition, SINSI provides funding for 8- to 10-week summer internships with the federal government each year to selected internship scholars. With support from SINSI, scholars select and apply to a U.S. government agency in their area of interest. Internships are available to Princeton undergraduates from all majors and fields of study as rising sophomores, juniors or seniors.

Since the first SINSI cohort in 2007, 50 student-scholars have pursued opportunities with the Departments of State, Defense, Treasury, Education, Justice, Agriculture, Health and Human Services, and Housing and Urban Development; the intelligence community; the U.S. Agency for International Development (USAID); the Millennium Challenge Corporation; the National Academy of Sciences; the U.S. Fish and Wildlife Service; the Environmental Protection Agency; the President's Council of Economic Advisers; the Office of Management and Budget; the Joint Chiefs of Staff; the National Aeronautics and Space Administration; the National Institutes of Health; and the White House. Within these agencies, SINSI scholars have worked on a broad range of issues.