They will be recognized at a luncheon during Alumni Day on campus Saturday, Feb. 24. 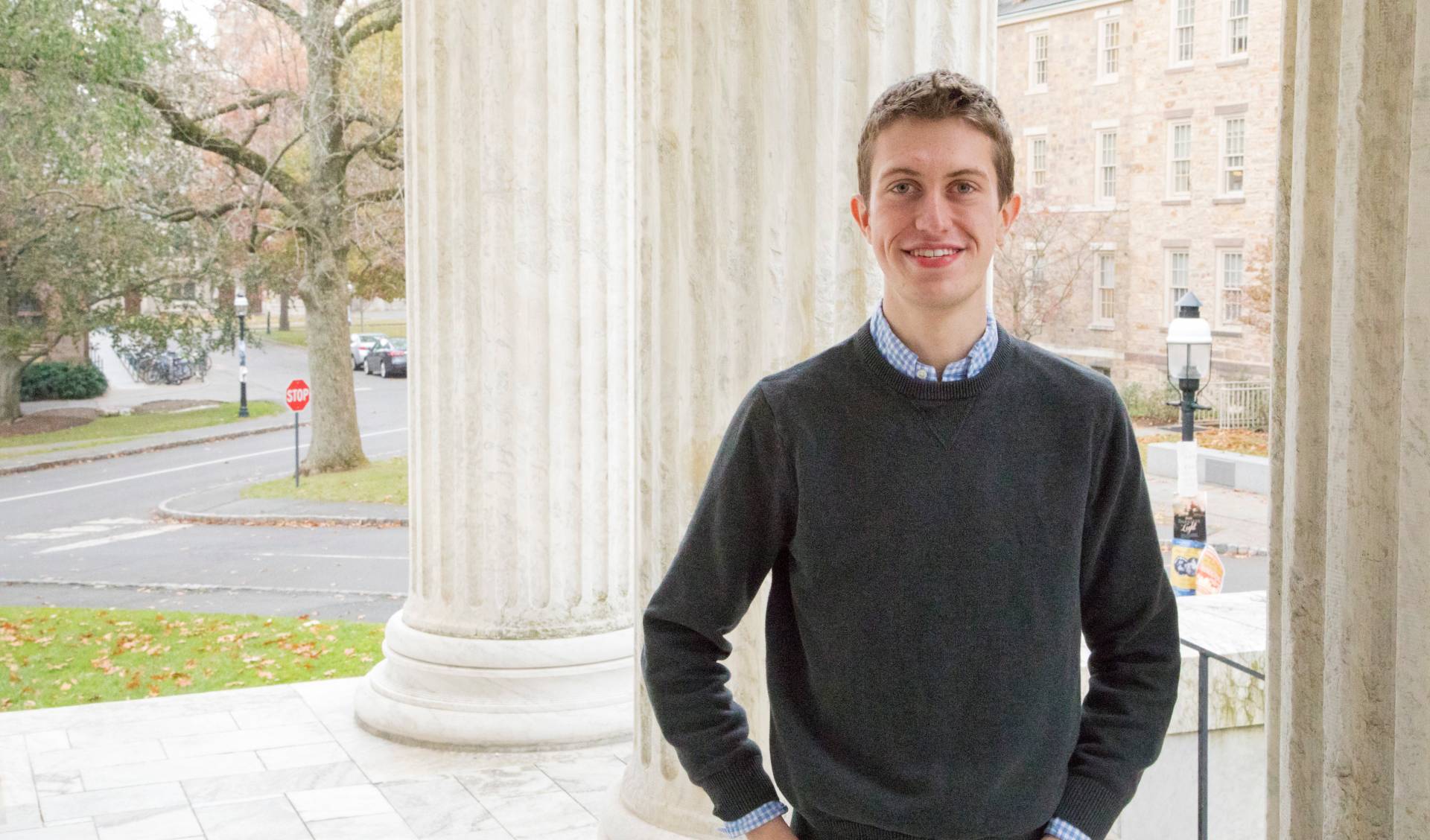 Parton, of McMinnville, Tennessee, is a concentrator in the Woodrow Wilson School of Public and International Affairs. He is pursuing certificates in values and public life and urban studies. A 2016 recipient of the Shapiro Prize for Academic Excellence, Parton has focused his academic work on the court system, criminal justice reform and journalism.

He is one of four students selected for the 2018 graduate cohort of the Scholars in the Nation’s Service Initiative (SINSI), designed to encourage, support and prepare the nation’s top students to pursue careers in the U.S. federal government.

In summer 2017, as the SINSI Intern Class of 2017 Frederick P. Hitz '61 Scholar, Parton worked in the Disability Rights Section of the U.S. Department of Justice, Civil Rights Division, an experience he said he found particularly meaningful because his youngest brother has a disability.

When Parton was 10, he told his father, a factory worker, that he wanted to become a judge. He still has that goal and first plans to pursue a joint MPA/J.D. and a career as a civil rights attorney. After his experience as a SINSI intern, he said he now sees "the judiciary as an avenue for defending and securing civil rights and liberties, like it was in Brown v. Board."

His senior thesis focuses on recusal failure among district court judges. It grew out of a project in an investigative journalism class taught by Ferris Professor of Journalism Joe Stephens. Parton investigated federal judges' compliance with a law that demands their recusal from cases in which they have a financial interest in a party. Expanding this project for his thesis, he is searching through about 3,000 financial disclosure forms for more than 1,000 judges and applying rigorous statistical tests to identify what factors, if any, can predict that a judge might not recuse.

"Newby’s extremely ambitious senior thesis is an original, exciting contribution to scholarship with real implications for public policy," said his thesis adviser Charles Cameron, professor of politics and public affairs at the Wilson School. "He’s hard-working, super-focused, creative and engaging. He writes well, speaks well, listens well and is fast on his feet. To say he has high energy and bubbling enthusiasm is a gross understatement — he sparks up a room. His irrepressibility, cheerfulness and good humor always shine through."

Parton said his passion for criminal justice reform began in a seminar on that topic taught by Benjamin Jealous, a visiting lecturer in public and international affairs at the Wilson School and a former NAACP president. Parton said Jealous has become a mentor for him.

Parton said his one international study experience — participating in the PIIRS Global Seminar "The Global Ghetto," in which he spent three weeks in Rome and three weeks in Venice — was his first time living abroad and expanded his worldview considerably. "When I was born, I was in the local newspaper for a photograph of five generations living in the same part of rural Tennessee. Even coming to Princeton and living in another state was big for me, so living in Rome was huge. I consider it among the most formative periods in my life."

He said the course, which focused on the history and sociology of the ghetto, also "helped me to start thinking about injustice in terms of the design of institutions and sociological forces, rather than individual actions."

Outside the classroom, Parton is a member of Whitman College, where he is a peer academic adviser, and also has worked as a dormitory assistant, tour guide, economics tutor and a counselor for a Pace Center for Civic Engagement STEM camp serving minority and low-income students. His leadership positions have included head opinion editor for The Daily Princetonian student newspaper, for which he won the John V. Fleming Writing Award in 2015; president of Speak with Style; and president of a logic games club that also focuses on debating skills. He was a founding member of Matriculate, helping to develop a program to provide resources to assist low-income students apply to college.

Parton said about winning the Pyne Prize: "I felt enormous gratitude for my family, my friends, my professors, my mentors and Princeton's generosity. I owe my education and all of my achievements to the grace of others." 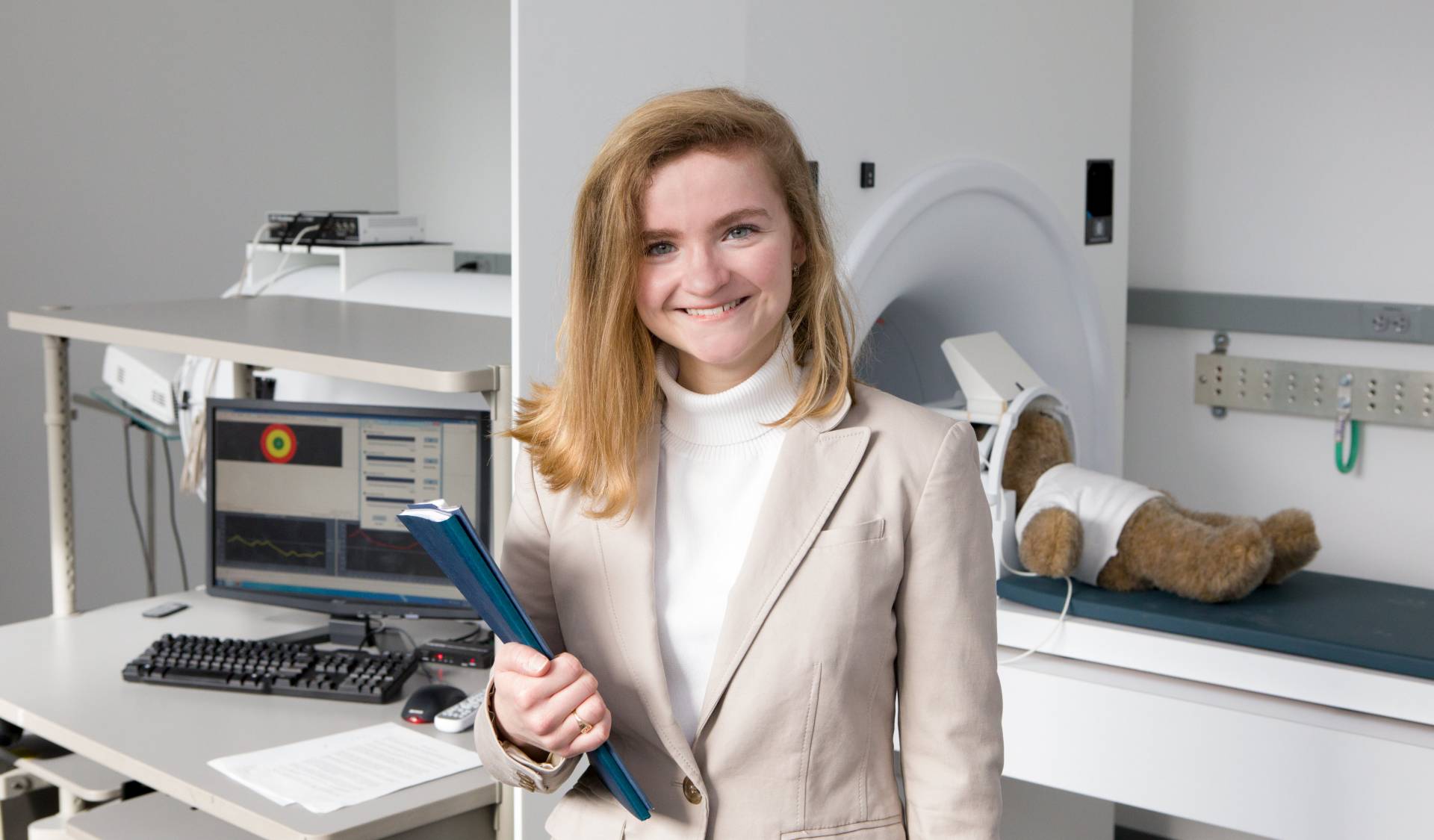 Pecsok, of Virginia Beach, Virginia, is concentrating in psychology and is also pursuing a certificate in cognitive science. She received the Howard Crosby Warren Junior Prize in Psychology in 2017. She is a member of the Behrman Undergraduate Society of Fellows, a group of juniors and seniors who are committed to the study of humanistic inquiry and meet formally once a month with faculty members and distinguished guests.

For her senior thesis, Pecsok is combining neuroimaging analysis with an extensive literature review and discussion about how some symptoms of children with ADHD can contribute to creativity. "My hope is that work like this will help people understand that individuals with learning differences are not stupid, and in fact can benefit from a unique perspective or problem-solving approach," she said.

"Maggie is the most outstanding undergraduate student that I have had the privilege to mentor and teach in my (almost) 18 years at Princeton," Kastner said. "In her junior paper and senior thesis, she has worked on exploring the behavioral and neural bases of neurodevelopmental disorders such as dyslexia, attentional deficit disorder or dyspraxia. Many of us have witnessed Maggie’s beautiful service in the name of humanity, trying to make the world a better place for children who struggle."

Pecsok's international experience includes a PIIRS Global Seminar in Kyoto, Japan, the summer after her first year, and a student-initiated internship at the Oxford Centre for Human Brain Activity in England in the summer of 2016, where she studied rhythmic fluctuations in visual attention.

After graduation, Pecsok will spend two years at Yale University researching multiple sclerosis in the neuroimmunology department. She plans to pursue a career as a physician scientist. She also has an interest in creative writing and hopes to write novels "that empower individuals navigating particular health challenges," she said.

For Outdoor Action — an orientation program for first-year students, led by returning students — Pecsok has served several roles: leader, leader trainer, committee chair, first aid instructor and technical skills instructor. As part of Outdoor Action, she is also a member of Peak Potential Princeton, a community service climbing program for children with disabilities, a commitment she said is particularly rewarding.

"Each Friday, I get to rock climb with a kid who is overcoming incredible challenges," Pecsok said. "They’re really inspiring. One time, I was 30 feet up the wall with a kid who had cerebral palsy, who suddenly turned to me and said, 'I do this because I have problems with my legs and I’m afraid of heights.' I was blown away. Peak also connects with my interests in medicine and psychology because I get to see how non-pharmaceutical interventions can be so powerful."

Receiving the Pyne Prize, Pecsok said, "is an indescribable honor to receive recognition from the school I love so dearly. Princeton has been my home, and has given me mentors, friends and countless opportunities to grow, learn and connect with others. I am so grateful to be a part of this community, and receiving this award warms my heart."