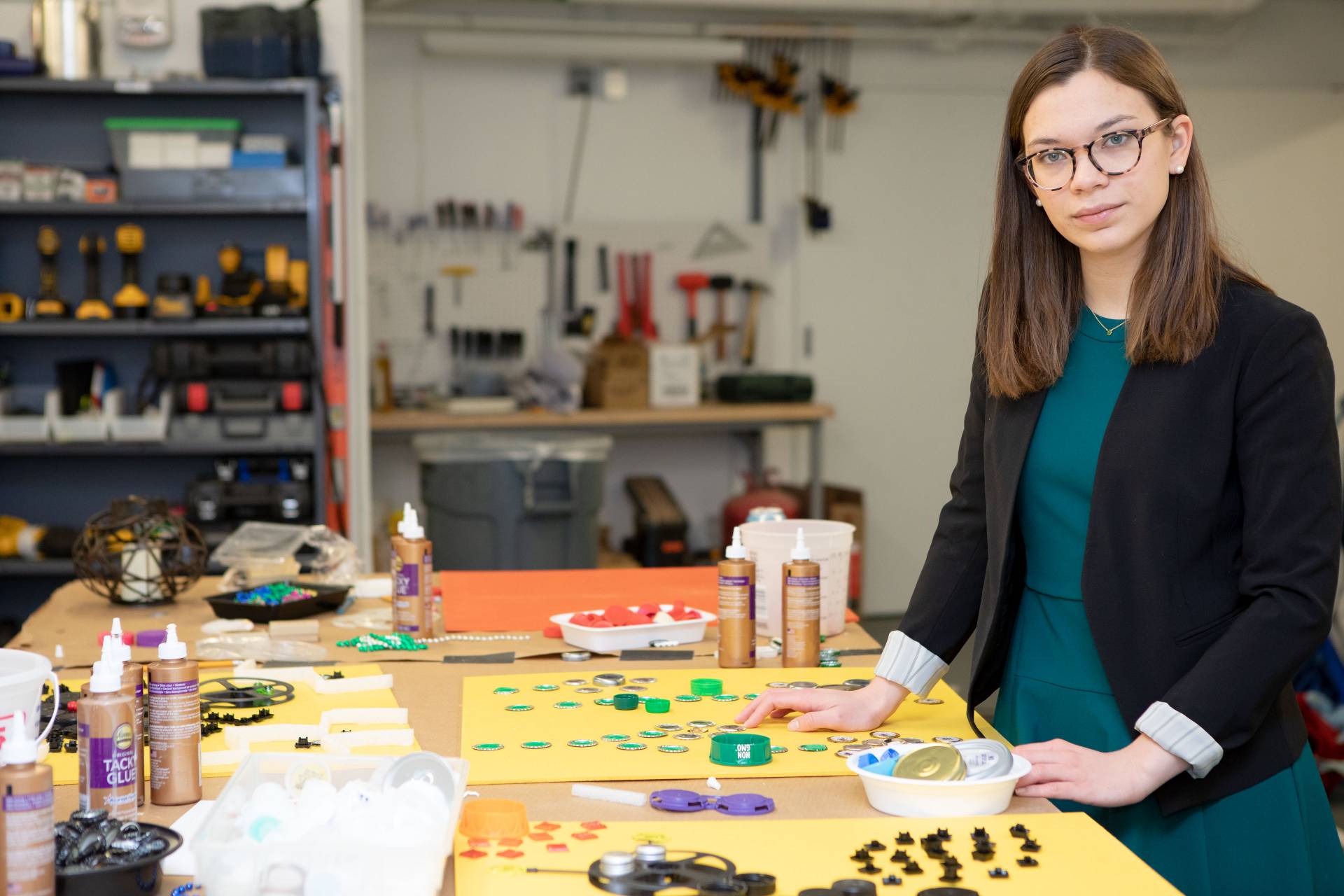 Barry, of Southport, Connecticut, is an English major who is also pursuing certificates in European cultural studies, humanistic studies and theater. In November, Barry was named a George J. Mitchell Scholar to study philosophy and literature at University College Dublin (UCD). Barry will begin her studies in Ireland in September.

This fall, Barry received the George B. Wood Legacy Junior Prize, awarded to a member of the senior class in recognition of exceptional academic achievement during the junior year. She received the Shapiro Prize for Academic Excellence after her sophomore year. Awards from the English department include co-winner of the Class of 1870 Junior Prize, the Frances Biddle Sophomore Prize for the best essay of the year in English literature and the Class of 1883 Prize for Academic Freshmen. She was also elected into Phi Beta Kappa.

Barry said that among her most memorable experiences during her four years at Princeton were two opportunities to develop her interest in contemporary Irish literature abroad.

In summer 2017, with a Tim K. Vasen Summer Research Award from Princeton’s Lewis Center for the Arts, Barry traveled along the border between Ireland and Northern Ireland, researching and writing a collection of creative nonfiction. This led to a junior independent paper on postcolonial critiques of cartography in contemporary Irish literature.

This past summer, Barry was a Princeton Bread Loaf Fellow at Oxford University, where she took a graduate class on James Joyce and conducted senior thesis research on feminist philosopher and writer Mary Wollstonecraft in the Abinger Papers of the Bodleian Library.

Her senior thesis examines “fever” in the work of late 18th- and early 19th-century writers including Wollstonecraft, John Keats and George Eliot. Barry said she is exploring fever in the context of the mind-body relationship, “as a pervasive image and metaphor … that can connote effeminacy, irrationality, desire, poetic imagination or simply life in the physical world.”

In her recommendation letter for the Pyne Prize, Susan Wolfson, professor of English and Barry’s thesis adviser, wrote that Barry is “simply, complexly, a dazzling scholar, whose work is already professionally important.” Wolfson met Barry last spring in her seminar “The Later Romantics” and was so impressed with an essay Barry wrote about the pressure of Tom Keats’ health on his brother John Keats’ consciousness, that she invited Barry to develop it further. Wolfson submitted the essay to the editor of the Keats-Shelley Review and it was accepted for publication.

Barry has integrated her love of theater with service. To fulfill the requirements for her certificate in theater, she is the scenic designer for a production of “The Odyssey” in collaboration with several other senior theater certificate students. The production, March 8-10 at McCarter Theatre Center’s Berlind Theater, features cameos by area community groups including Trenton Children’s Chorus and Trenton Circus Squad. Barry’s set design is a giant mosaic composed of 160 separate 2’ x 2’ squares, decorated with found and recycled materials; she organized and led workshops with Homefront NJ’s adult art therapy and afterschool youth arts groups to create some of the mosaic squares. She has also designed and built multiple large-scale pageant-style puppets for the production.

As a set designer, Barry has worked on productions with the Lewis Center for the Arts and with the student-led troupes Theatre Intime and Princeton Shakespeare Company.

Further, Barry is a member of Whitman College, where she is a peer academic adviser. She is a fellow in the Writing Center and co-editor-in-chief emerita of The Nassau Literary Review. She is a member of the Undergraduate Advisory Committee to the Department of English and a member of the Behrman Undergraduate Society of Fellows, a group of juniors and seniors who are committed to the study of humanistic inquiry and meet once a month during the academic year.

In summer 2016, she interned at the Montefiore-Einstein Center for Bioethics in New York through Princeton Internships in Civic Service.

After completing her master’s in philosophy and literature at UCD, she plans to pursue a Ph.D. in literature. Her long-term goal is to be a literary critic and nonfiction writer with a career in academia.

Barry said she sees receiving the Pyne Prize not as an award for her accomplishments, but rather a “testament” to those who have supported her.

“I’m grateful to so many professors who have become trusted mentors, to advisers who have encouraged me to follow my inclinations and interests, even when they’ve been unconventional, and most especially to my friends and peers, with whom I’ve taken courses, studied late into the night, staged theatrical productions, organized events, and learned how to succeed and how to fail,” she said. 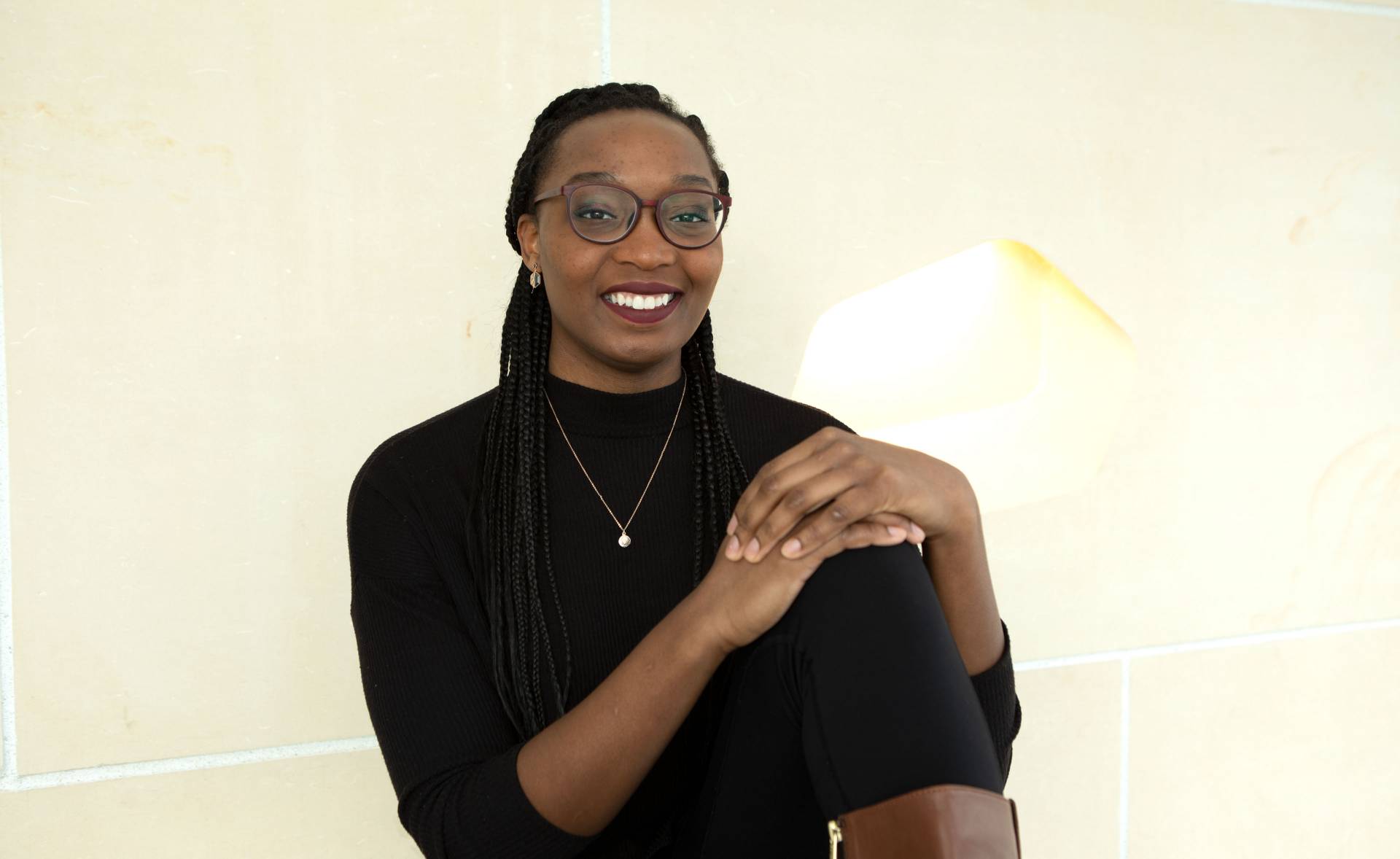 Jordan, of Manassas, Virginia, is concentrating in philosophy and is also pursuing a certificate in Near Eastern studies.

“Individuals often ask that companies take a side on important political issues, regardless of potential effects on profit,” Jordan said. “Given the unprecedented reach of social media, these demands can quickly gain momentum and draw the attention of corporate leaders. I am investigating how individual and corporate responsibilities to voice disapproval of policy positions we find dangerous or immoral can be balanced with a public responsibility to promote free speech.”

“Sydney is asking hard questions that need to be asked,” said her thesis adviser Daniel Garber, the A. Watson Armour, III, University Professor of Philosophy. “But she is not satisfied with the kind of superficial answers that one often finds in political debates and newspaper editorials. She wants to articulate her views clearly, and subject them to exactly the kind of critical scrutiny that she wants to subject opposing views.”

Garber commended Jordan’s rigorous scholarship. “Sydney Jordan represents the very best intellectual traditions of Princeton University: an engagement with the issues of the day, but one that brings with it the highest standards of our academic community.”

Jordan’s international experience includes a PIIRS Global Seminar in Berlin, “Xenophobia and Xenophilia in Germany,” the summer after her sophomore year.

Outside the classroom, Jordan has immersed herself in service and leadership opportunities, including serving as the chair of the Diversity and Equity Committee of the Princeton Undergraduate Student Government, a representative on the Community Service Inter-Club Council and a Princeton University Chapel deacon.

Jordan has played on the varsity women’s basketball team all four years at Princeton; in 2018, the team won the Ivy League Tournament championship. Jordan has been committed to connecting athletics with service. The summer after her sophomore year, she served as a fall athlete orientation leader, facilitating small-group discussions with incoming first-year students about transitioning to the University’s educational, athletic and social life, and offering mentorship throughout the academic year.

When the women’s basketball program visited Australia to compete against semi-professional teams in Sydney and Cairns, the team led a leadership clinic at the Meriden School and a youth sports clinic at the Yarrabah Aboriginal Community Center. Jordan has also served as a Student-Athlete Wellness Leader. She has volunteered in Trenton at a YMCA after school sports clinic and for Habitat for Humanity with Princeton Varsity Club.

One of her most meaningful Princeton experiences was serving as a development intern last summer through Princeton Internships in Civic Service at LIFT, a national nonprofit headquartered in Washington, D.C., that empowers parents and caregivers to break the cycle of intergenerational poverty.

“Working at an organization that was focused each and every day on creating a positive impact in the lives of its members, and that was so committed to the development and wellbeing of the members’ children, confirmed for me that I wanted to pursue a career in public service,” Jordan said.

After graduation, she is considering joining a nonprofit through a Princeton AlumniCorps Project 55 Fellowship or working at a law firm as a paralegal or legal assistant. Ultimately, she plans to attend law school. “I hope to continue broadening access to resources —from food and shelter to financial and career opportunities — for the many communities across our country that are struggling to survive and thrive,” she said.

Jordan, a member of Rockefeller College, said about receiving the Pyne Prize: “I simply feel immensely grateful and incredibly blessed that I have so many people on this campus, including mentors, professors, faith leaders and coaches, who want me to succeed and have offered up their time and advice to help me do so. I also can’t thank my teammates enough for being by my side every day of this journey, for believing in me, and for being my family away from home. … Receiving this incredible honor will serve as a constant reminder that the Princeton community believes I can make a difference.”