Princeton University seniors Mikaela Gerwin and Rachel Linfield have been awarded Gates Cambridge Scholarships. The awards give outstanding students from outside the United Kingdom the opportunity to pursue postgraduate study at the University of Cambridge. The program was established in 2000 by a donation from the Bill and Melinda Gates Foundation to Cambridge to build a global network of future leaders committed to improving the lives of others.

The recipients are among 34 U.S. winners of the scholarship. A total of 90 scholarships are typically awarded each year, with international winners selected in the spring. 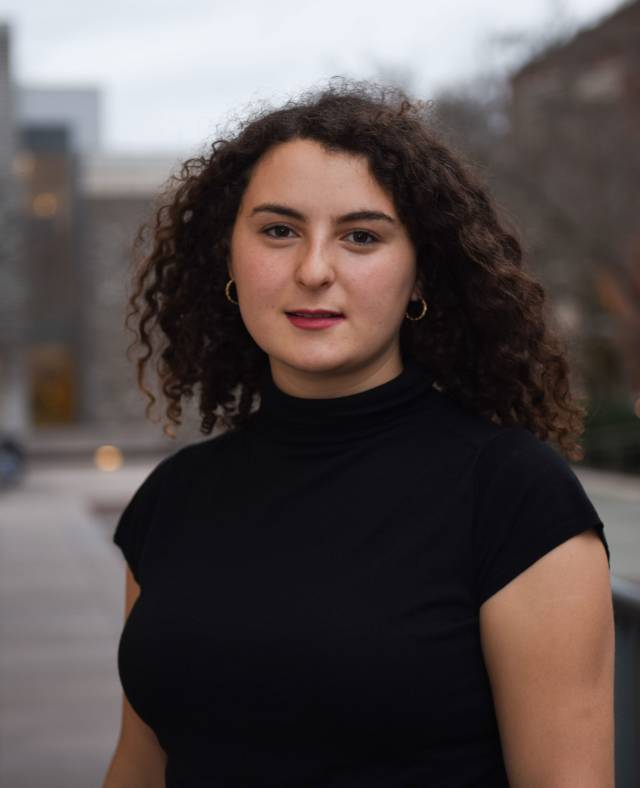 Mikaela Gerwin, of New York City, is a history major who is pursuing a certificate in global health and health policy. She will study for a Master of Philosophy in History and Philosophy of Science and Medicine at Cambridge.

Gerwin’s research will focus on understanding pre-modern medicine, illness and science through the lenses of social and religious history.

Gerwin said she eventually plans to work in public service to address domestic violence as a social determinant of health.

“I have seen firsthand the power of seeking out the narratives of lives beyond my imagination,” Gerwin said. “I will be a better public health policymaker with the weight of a long historical context holding myself and others accountable.”

At Princeton, Gerwin is a student fellow for the project on Gender in the Global Community at the Liechtenstein Institute on Self-Determination. She also is a global health scholar at the Center for Health and Wellbeing. She was named a Class of 2018 Dean’s Scholar in the Nation’s Service through the Scholars in the Nation's Service Initiative (SINSI).

Selected for the Bridge Year Program in 2014 (now the Novogratz Bridge Year Program), Gerwin traveled to Urubamba, Peru, where she worked on rural female health and education projects. She attended Princeton Inside Israel in 2016 and spent a semester abroad in Spain, where she delved into Valencian archives to research her junior paper on 14th-century anti-Jewish violence and the ramifications of the plague cycle.

The paper, “Parallel Recountings of Violence: 1391 in the City of Valencia,” won the Carter Kim Combe ’74 Princeton History Prize in the spring of 2018 for the best second-semester junior paper.

“Mikaela Gerwin is a brilliant student,” said William Jordan, the Dayton-Stockton Professor of History. “Her junior independent work, which I supervised, was an unforgettable description and analysis of the anti-Jewish violence of 1391 in the town of Valencia in Spain. … Let me emphasize that her findings were based on unpublished archival records. Her paper would be remarkable work for a professional scholar. It was almost incredible for a junior in college.”

Gerwin has worked for Family Violence Prevention and Services in the U.S. Department of Health and Human Services through SINSI, the Boston Health Care for the Homeless Program, Boston Medical Center, Museo Sinagoga del Tránsito in Toledo, Spain, and the Bellevue/NYU Program for Survivors of Torture.

She received a Shelby Cullom Davis Center junior independent work research grant, and is a two-time winner of the Program in Judaic Studies undergraduate funding award. In 2014, New York Jewish Week named Gerwin one of its “36 under 36” young Jewish leaders.

Gerwin serves as a peer academic adviser at Forbes College, one of Princeton’s residential colleges, and as an orientation leader for Outdoor Action. She is a campus engagement intern for the Center for Jewish Life and former education chair for the organization’s student board, a former president of the Alliance of Jewish Progressives, a student intern at the Princeton Women*s Center, and an English as a Second Language teacher for El Centro in Trenton, New Jersey. 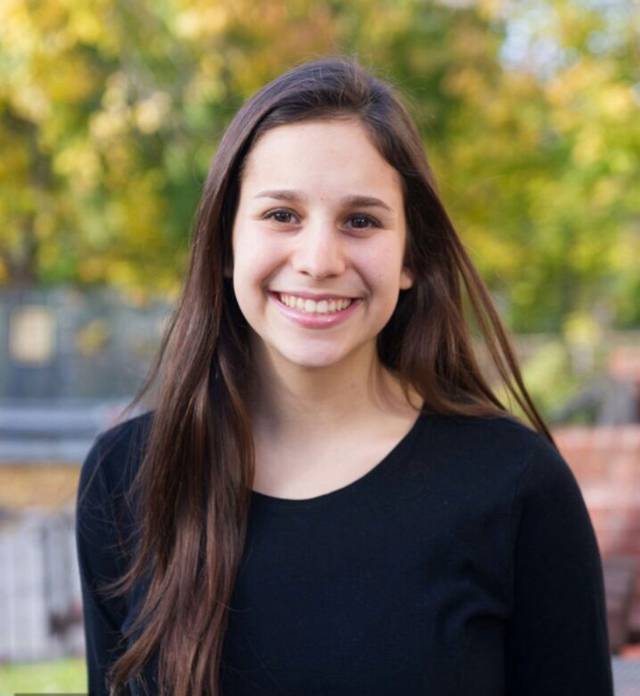 Rachel Linfield, of Manchester Center, Vermont, is a concentrator in history of science. She will pursue a Master of Philosophy in Health, Medicine and Society at Cambridge. Her research will focus on the medicalization processes of postpartum depression in the United Kingdom and the United States, as well as the historical and continuing efficacy of social movements in the evolution of medicalization.

After earning her degree, Linfield plans to attend medical school, specializing in psychiatry, with a focus on treating patients with postpartum depression.

“I hope to rotate among clinical practice, the academy and government service and become a resource for patients, professionals and policymakers,” she said. “My ultimate goal is to establish a global institute for research on postpartum depression and postnatal mental health, perhaps in connection with the World Health Organization. This institute would teach and empower organizers from communities across the world to implement evidence-based best practices.”

"Rachel is, quite simply, a superstar,” said Katja Guenther, associate professor of history. “Not only is she a highly accomplished scientist, she is also among the very best history majors I have had the pleasure to teach at Princeton. It is a rare combination of talents, but one that we desperately need, especially in Rachel's chosen career. Modern medicine needs more humanist physicians like the one she is on track to become.”

Linfield has worked as a summer research intern at Children’s National in Washington, D.C.; Montefiore Einstein Center for Bioethics in the Bronx, New York; and Stanford University. She volunteers with Ascend Hospice at Princeton.

In 2014, she attended the Shalom Hartman Institute Hevruta Gap-Year Learning and Leadership program in Jerusalem.

A member of Rockefeller College, Linfield serves as a residential college adviser. She recently completed her term as chair of upperclassmen outreach for the Center for Jewish Life Student Board. Linfield is part of the Princeton Mental Health Initiative, and she is a captain for women’s club basketball.