Princeton University senior Sarah Hirschfield has been awarded a Gates Cambridge Scholarship. The awards give outstanding students from outside the United Kingdom the opportunity to pursue postgraduate study at the University of Cambridge. The program was established in 2000 by a donation from the Bill and Melinda Gates Foundation to Cambridge to build a global network of future leaders committed to improving the lives of others.

The recipients are among 28 U.S. winners of the scholarship. Some 90 scholarships are typically awarded each year, with international winners selected in the spring.

Hirschfield, of New York City, is a philosophy major. She will study for an MPhil in philosophy at Cambridge. 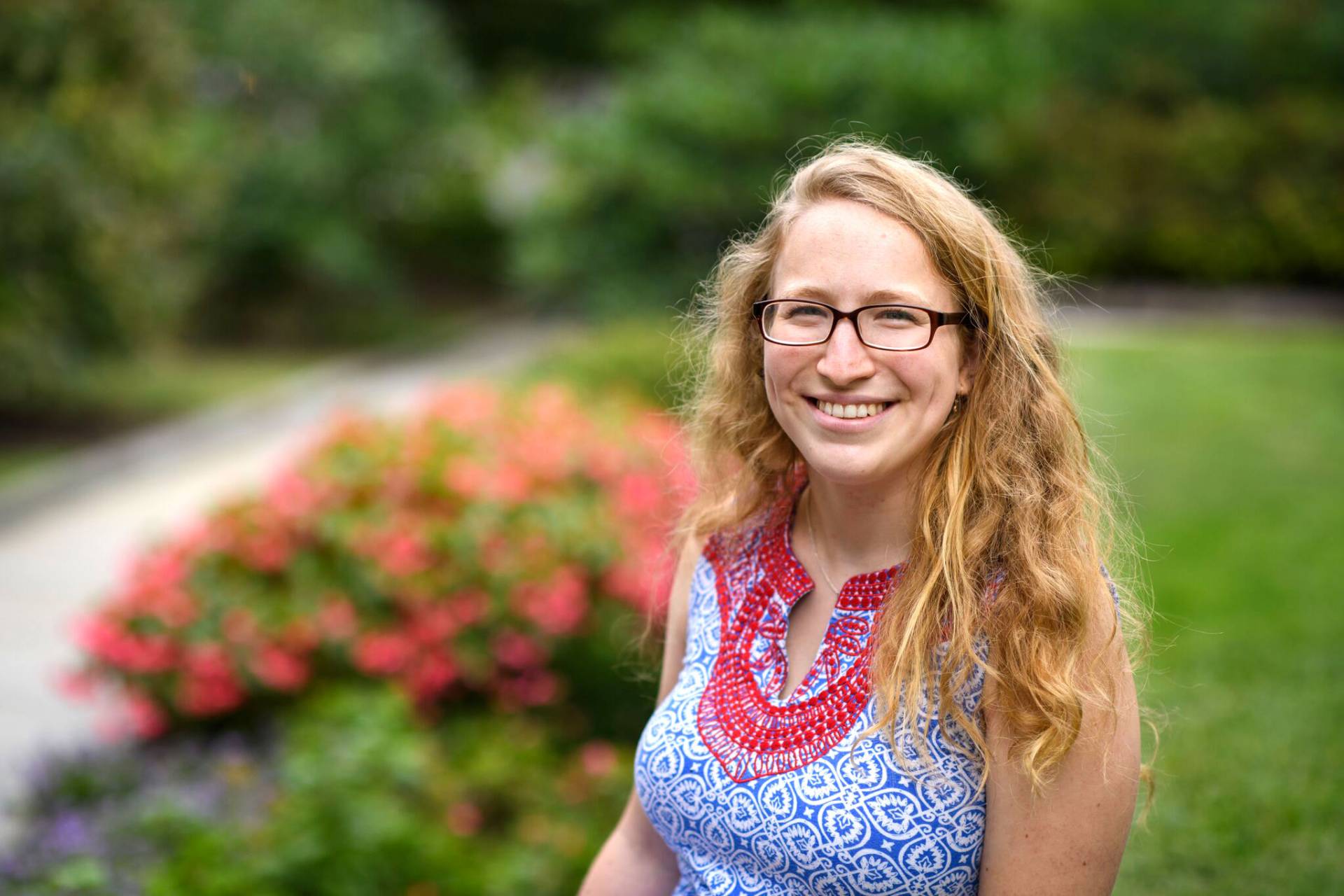 Hirschfield’s research will focus on the philosophy of law, ethics and feminist philosophy. Specifically, she plans to expand on her independent work at Princeton focused on negligent wrongdoing in rape cases; authority and pornography; questions of criminal intent, or mens rea; and law and punishment.

Hirschfield said she eventually plans to pursue a Ph.D. in philosophy and is also considering law school.

“I want to use my training to help ameliorate social ills — particularly those that arise from poorly reasoned policies,” she said. “I would like to follow the courageous lead of [legal scholar] Catharine MacKinnon and others in insisting that law live up to its promise of equal treatment.”

Hirschfield is a member of the Behrman Undergraduate Society of Fellows, which brings together juniors and seniors committed to the study of humanistic inquiry. Her international experience includes a Princeton study abroad program in Toledo, Spain, in summer 2017, and a 2018 summer internship in Buenos Aires, Argentina. Since 2017, she has helped manage social media for Peter Singer, the Ira W. DeCamp Professor of Bioethics in the University Center for Human Values.

Michael Smith, the McCosh Professor of Philosophy, lauded Hirschfield’s deep engagement with the texts she studied as well as with her classmates.

“What I found remarkable about Sarah when I taught her was her mastery of the reading,” Smith said. “Sarah doesn’t present herself as having the last word on whatever she is talking about. Instead she sums up the views of those in the room, and then she asserts her own view, but in a way that invites others to engage with her. She’s the only undergraduate I’ve seen other undergraduates acknowledge in their essays as having given them invaluable feedback on their drafts.”

Outside the classroom, Hirschfield is involved in a wide range of campus activities. A filmmaker and journalist, she is former head video editor and associate news editor with the student newspaper The Daily Princetonian, a writer with The Nassau Weekly and The Princeton Tory, and editor of Princeton Law Review. She is a cellist in Princeton Sinfonia, founder and president of the freestyle rap group FIRSTBASS, and has performed with Princeton Mediocre Strings (PMS) Quartet, which she co-founded in 2016, and the Christian dance group Six14. She was an intern at Princeton University Investment Company (PRINCO) in summer 2019.

Hirschfield is a member of Wilson College, one of Princeton’s residential colleges, where she has served as a Jewish residential counselor. She also serves on the Jewish Leaders Advisory Board at Princeton’s Center for Jewish Life and is public relations chair of the Chabad Board. Hirshfield is a two-time silver medalist in the USA Powerlifting Ivy League Championships and rowed for Princeton’s women’s lightweight crew team.