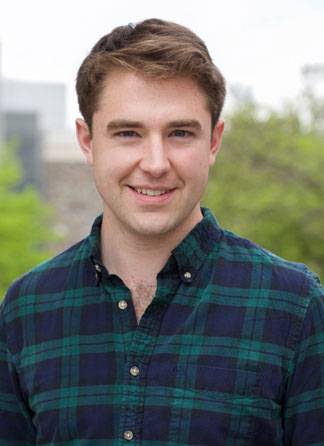 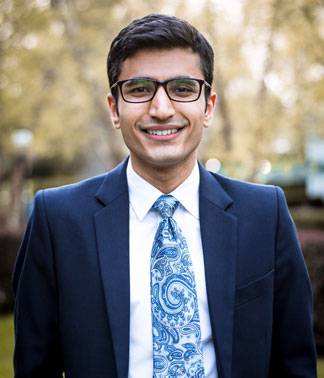 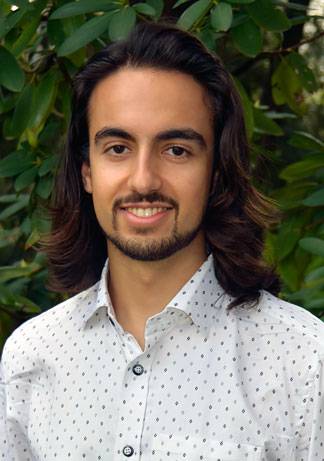 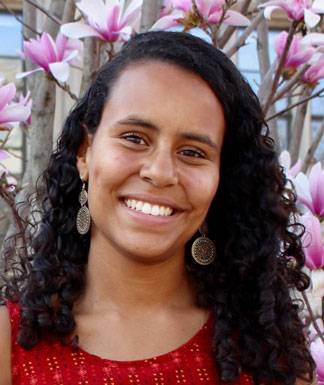 Three undergraduate students and one graduate student have been awarded fellowships related to the Foreign Service Office of the U.S. State Department.

Fromson, a student from New York City in the Master in Public Affairs program at the Woodrow Wilson School of Public and International Affairs whose primary focus is international relations, will receive up to $30,000 for language study and international research to study abroad during the 2017-18 academic year.

He will use his fellowship to fund advanced Arabic study and field research on foreign policy in Oman. He will enroll at the Center for International Learning in Muscat for a semester, and then engage a private tutor in to master Omani dialect. Fromson acquired fluency in Modern Standard Arabic and Levantine dialect as an undergraduate at Amherst College, which included a semester at the American University of Beirut. He furthered his studies as a Fulbright research fellow in Amman, Jordan, and as a project officer for Mayday Rescue, also in Amman, where he provided translation for Syrian Civil Defense training and meetings with Jordanian government representatives.

"Delving into new areas of scholarship, attaining Arabic fluency, and accruing further experience in the field would make me a more capable analyst or diplomat," he said. "In particular, my proposal's Gulf-focused research and language components will complement my familiarity with the Levant and make me more knowledgeable and linguistically flexible."

Kumar, from Ellicott City, Maryland, is a junior majoring in the Woodrow Wilson School. He is also earning certificates in Chinese language and culture and the history and the practice of diplomacy. He will receive up to $100,000 over two years for tuition, room and board, books, and summer internships.

The Pickering Fellowship is funded by the U.S. State Department, and offers two years of financial support and mentoring and professional development to prepare fellows for a career in the Foreign Service. Fellows complete a domestic internship at the U.S. Department of State in Washington, D.C., and an overseas internship at a U.S. embassy.

Kumar has worked as a student consultant for Princeton Business Volunteers, a visiting English language teacher at Jishou Normal University in Hunan Province, China, a summer honors scholar at American Enterprise Institute, and a National Security Language Initiative for Youth alumni representative at the American Councils for International Education.

Among his honors and awards include: second place in the Chinese Bridge Competition, the largest Mandarin competition in China; a National Security Language Initiative for Youth scholarship from the U.S. Department of State to study Mandarin in Chengdu, China; and a certificate of special recognition from the U.S. House of Representatives for outstanding service to the community.

At Princeton, Kumar has participated in Princeton Mock Trial and has served as a U-Councilor of the Undergraduate Student Government, academics chair of Whitman College Council and a "Big Sibling" at the Pace Center for Civic Engagement.

Kumar plans to attend graduate school for a master's degree in public policy and aspires to be a public diplomacy officer in the Foreign Service, in which he can "combine qualitative knowledge of the Foreign Service with quantitative experience in data analysis and coding," he said.

Kushwaha, a first-year student from Huntington, Vermont, is a religion major earning certificates in environmental studies and South Asian studies. He will receive up to $30,000 for language study and international research to study abroad during the 2017-18 academic year.

Kushwaha will study Hindi in conjunction with the South Asian Flagship Languages Initiative (SAFLI), administered through the University of Wisconsin-Madison. He will participate in a summer program offered at UW-Madison through the South Asia Summer Language Institute (SASLI) and will then attend the American Institute of Indian Studies in Jaipur, India, for a semester of language and culture study.

As an incoming student, Kushwaha participated in Bridge Year, a tuition-free program that allows a select number of incoming freshmen to begin their Princeton experience by engaging in nine months of University-sponsored service at one of five international locations. Kushwaha spent his year primarily in the city of Varanasi, India. During his Bridge Year, he participated in an intensive Hindi program.

Kushwaha is a member of the Princeton University Climbing Team and is an Outdoor Action climbing wall staff member. He volunteers weekly as a prison tutor as part of the Petey Green Prisoner Assistance Program.

He aspires to be a public diplomacy officer in the Foreign Service's Bureau of South and Central Asian Affairs. "Coupled with my studies of environmental science and Indian culture and religions, the SAFLI program will allow me to achieve the advanced proficiency in Hindi language that I will need to pursue a Foreign Service officer tour in India," he said. "In this capacity, I would continue to build important bridges between the United States and India. This federal career path will empower me to engage ever more deeply with Indian and U.S. leaders over environmental issues in order to combat this international threat and its harmful impacts on U.S. national security."

Senbetta is a senior majoring in sociology and earning a certificate in French language and culture. She is from Warrenville, Illinois. She will receive $34,000 annually for two years of graduate schooling in international affairs, plus support for enrichment study at Howard University in Washington, D.C., and internships in Congress and overseas.

Senbetta will be attending Georgetown University in the fall, where she will earn her master of science in foreign service with a concentration in global politics and security.

The Rangel Fellowship is a collaborative effort between Howard University and the U.S. State Department that seeks to attract and prepare outstanding young people for careers as diplomats in the Foreign Service of the U.S. Department of State.

In 2016, Senbetta received an Ambassadors Walter and Lenore Annenberg Fellowship from the Council of American Ambassadors. She has also been a campaign intern in the Bureau of International Information Programs, a program of the U.S. Department of State Internship Program, and a communications intern at Union Internationale des Avocats in Paris.

While at Princeton, Senbetta has participated in Princeton Mock Trial and served as a peer academic adviser for Princeton University Peer Academic Advising Program. She has also been a member of the Princeton African Students Association and the University Student Life committee.

Among her other activities, she is a "Big Sister" for Big Brothers Big Sisters of America, a student backpacking leader for the Outdoor Action Program, an undergraduate associate for the Program in Law and Public Affairs, and an information assistant at Firestone Library.

"I am eager to continue promoting and facilitating U.S.-foreign exchanges in culture, politics and economics professionally," she said. "The Rangel Fellowship will provide me the opportunity to pursue my passion for public diplomacy through a unique career that allows me to best serve my country and the global community."