Princeton University seniors Aaron X. Sobel and Aleksandar Vladicic have been awarded a Gaither Junior Fellowship, which gives graduating seniors an opportunity to work as research assistants to scholars at the Carnegie Endowment for International Peace.

They are among 11 students from around the country to be selected for the James C. Gaither Junior Fellows program, each specializing in a different topic or region. Sobel will join the Carnegie Endowment's Democracy, Conflict and Governance project, while Vladicic will join the Russia and Eurasia project. 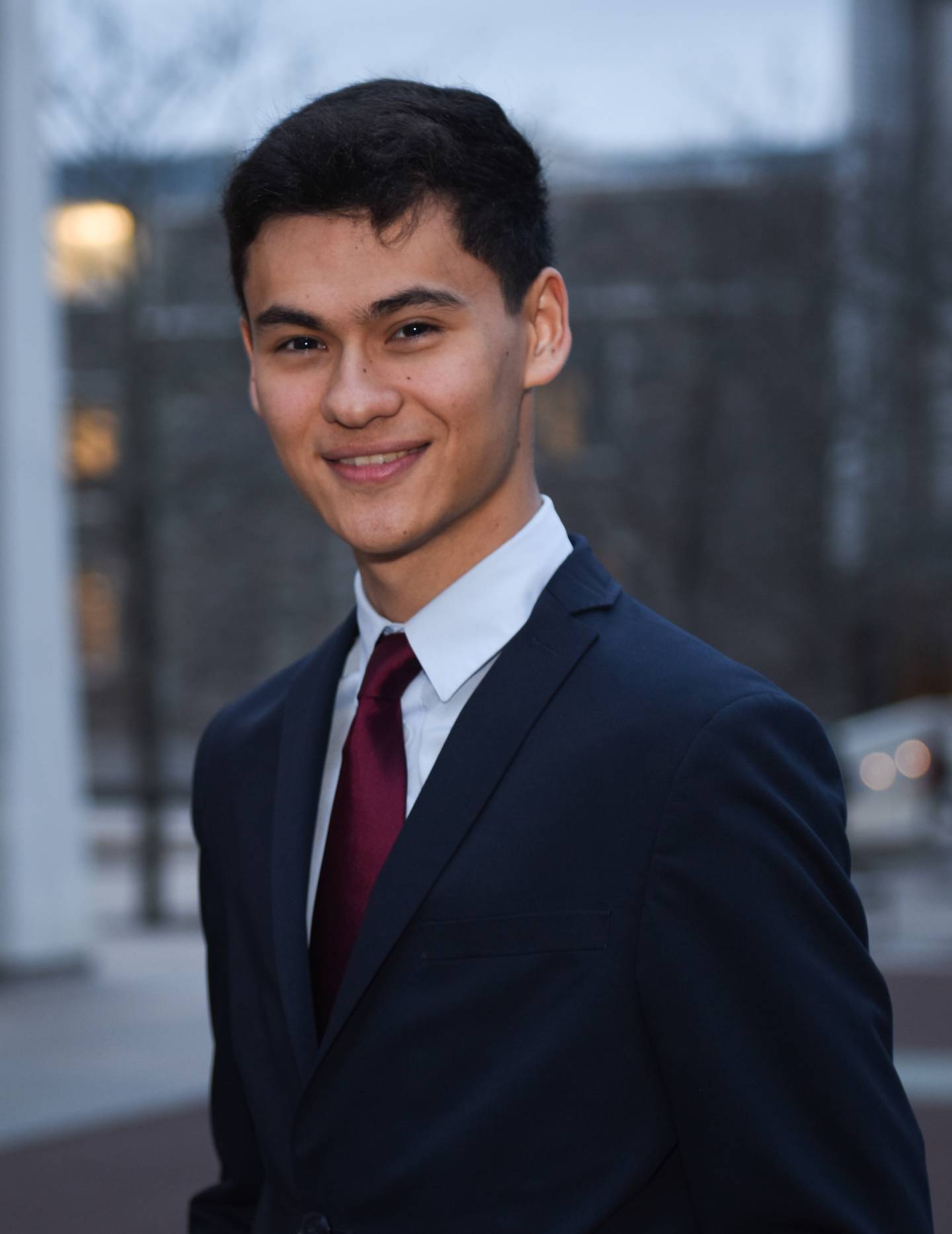 Sobel is a Woodrow Wilson School concentrator pursuing certificates in history and the practice of diplomacy and in values and public life. He is also part of Princeton’s Scholars in the Nation’s Service Initiative (SINSI).  He is from Fairfax, Virginia, though spent much of his life in Southeast Asia, where he developed interests in development and legal institutions.

Sobel was a foreign affairs intern at the U.S. Department of State in Washington, D.C., and a legal intern at the U.S. Attorney’s Office for the District of Columbia. He also interned at Banco de Oro in the Philippines and was a legal research intern at a law firm in Vienna, Virginia.

“From my first experience supporting development work in slum areas in Manila, I have known I want to drive change through supporting democratic institutions,” Sobel wrote in his fellowship application. “My work experiences with the government and academic endeavors at Princeton have helped me understand different facets of the issues in which I want to drive change: rule of law promotion, capacity-building and improving governance.”

On campus, Sobel was a team captain for Princeton Mock Trial, peer representative to the Honor Committee, chair of the Student Groups Committee for the Undergraduate Student Government, and chargé d’affaires (formerly undersecretary-general) of the Princeton Model United Nations Conference. He was a member of the Behrman Undergraduate Society of Fellows and received the Wilson School’s R.W. van de Velde Award for academic excellence.

Carol Martin, lecturer in public and international affairs, said she had the pleasure of getting to know Sobel in her policy task force "Improving Democracy and Governance in Developing Countries.”

“Aaron relishes the intellectual currency of ideas, from the panoramic to the infinitesimal, and he confidently and freely exchanges his thoughts with others. He commands a breadth and depth of knowledge from his previous classwork and internship experiences, with impressive recall that undergirds his infectious eagerness for discussion and debate,” Martin said in a letter of recommendation. “Participating in the Carnegie Endowment Gaither Junior Fellows program [will] afford him the opportunity to deepen his understanding about political and institutional structures and how they interact to produce governance outcomes, especially accountability, transparency and justice.” 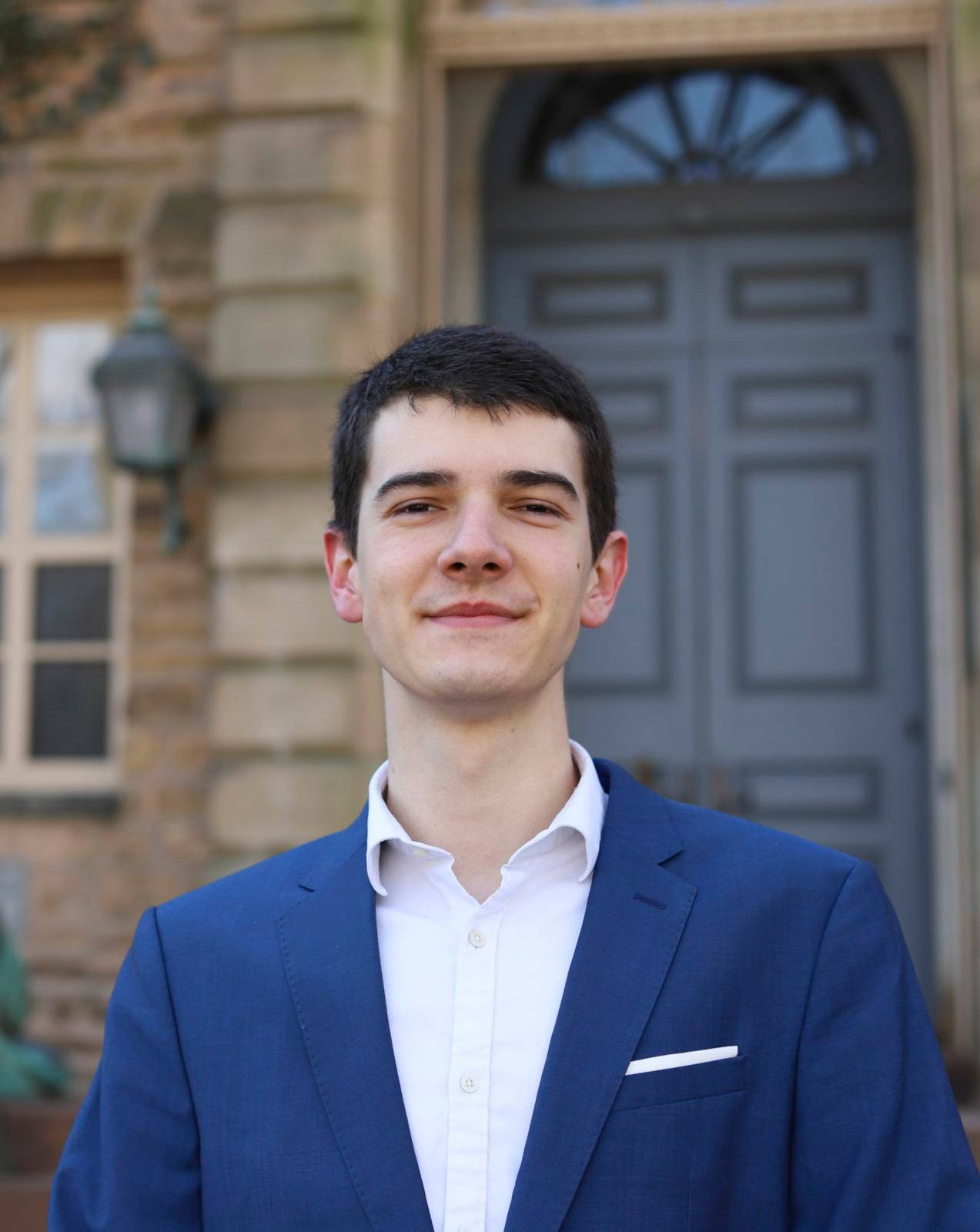 Photo by Jessica Wright, Class of 2019

Vladicic is a politics concentrator pursuing certificates in Russian language and culture, and Russian, East European and Eurasian studies.

Vladicic, who is from Bosnia and Herzegovina, said his interest in Russia and Eurasia emerged during a summer 2017 internship at the Russian International Affairs Council in Moscow. He returned to Moscow the following summer to study at the Higher School of Economics and conduct research in the field of trade and energy security in Russia. During summer 2016, he studied Russian at Princeton’s Program in St. Petersburg.

“Pursuing a degree in politics with a focus on Russian, East European and Eurasian studies at Princeton, I have relied on and learned from the work of Carnegie’s Russia and Eurasia Program experts,” Vladicic wrote in his application. “The Gaither Fellowship would push me to advance further my analytical skills, and I would be thrilled to have an opportunity to invest my time and contribute my research and skills to the Russia and Eurasia Program at Carnegie.”

On campus, Vladicic was a student fellow at the University’s Liechtenstein Institute for Self-Determination and a Russian language tutor at the McGraw Center for Teaching and Learning. He also worked as research fellow at the Bobst Center for Peace and Justice, and served on the student-run International Relations Council, which oversees the Princeton Model United Nations Conference.

“Aleksandar has a deep understanding of Russia and Eurasia that is rooted in a solid knowledge of the region’s history and contemporary politics,” said Mark Beissinger, the Henry W. Putnam Professor of Politics. “I cannot imagine someone who would make a better candidate for a Gaither Junior Fellowship. Not only is he an outstanding student, but his skills and knowledge of the Russian and Eurasian region would be an invaluable resource for any senior scholar working in this area.”