Nancy Weiss Malkiel, professor of history, emeritus, has been named the 2018 recipient of the Phi Beta Kappa Society’s Sidney Hook Memorial Award, which recognizes national distinction in scholarship, undergraduate teaching and leadership in the cause of liberal arts education. 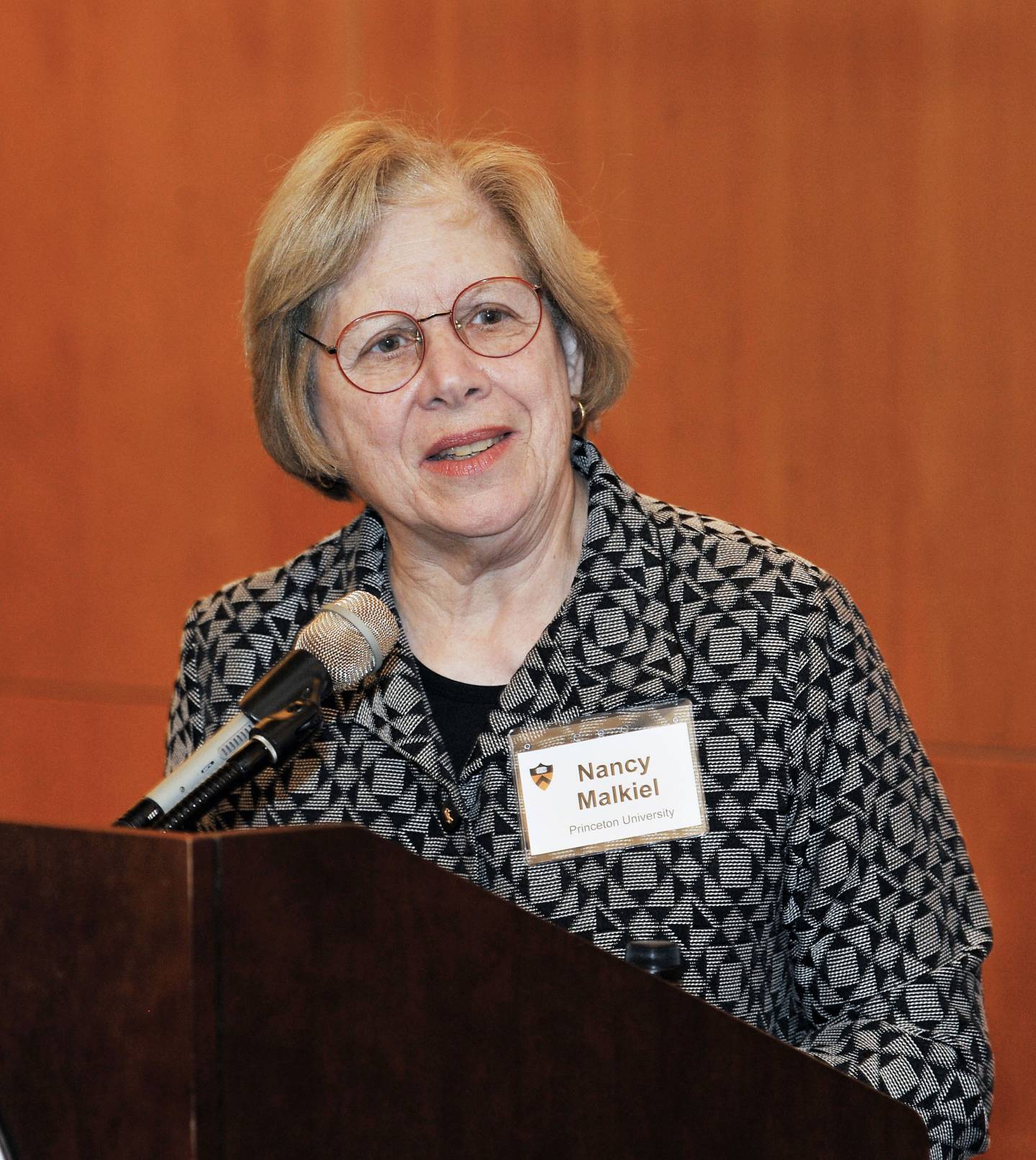 The award was established in 1991 in the name of American philosopher and Phi Beta Kappa member, Sidney Hook, and was made possible by a grant from the John Dewey Foundation. Award recipients are honored at the society’s Triennial Council Meeting, which will be held this year from Aug. 2-4 in Boston.

Malkiel arrived at Princeton in 1969 — one of only three female faculty members at the time — the same year the University began admitting undergraduate women. Her 2016 book, “Keep the Damned Women Out: The Struggle for Coeducation,” examines that period in the late 1960s and early 1970s when coeducation was introduced at prestigious institutions in the United States and the United Kingdom.

Malkiel was Princeton’s longest-serving dean of the college, retiring from the post in 2011 after 24 years. Her impact on undergraduate education at Princeton included launching the four-year residential college system, expanding the Freshman Seminars Program and introducing the Writing Program. She was instrumental in creating the McGraw Center for Teaching and Learning and in expanding access to the University to students from a wide range of backgrounds. She helped establish women’s studies and was the founding head of Mathey College, one of Princeton’s six residential colleges. Malkiel transferred to emeritus status in 2016.

The Phi Beta Kappa Society, of which Malkiel was a member as an undergraduate at Smith College, is the nation’s most prestigious academic honor society. It has chapters at 286 colleges and universities in the United States, 50 alumni associations, and more than half a million members worldwide. Noteworthy members include 17 U.S. Presidents, 40 U.S. Supreme Court Justices and more than 140 Nobel Laureates, according to the society’s website.