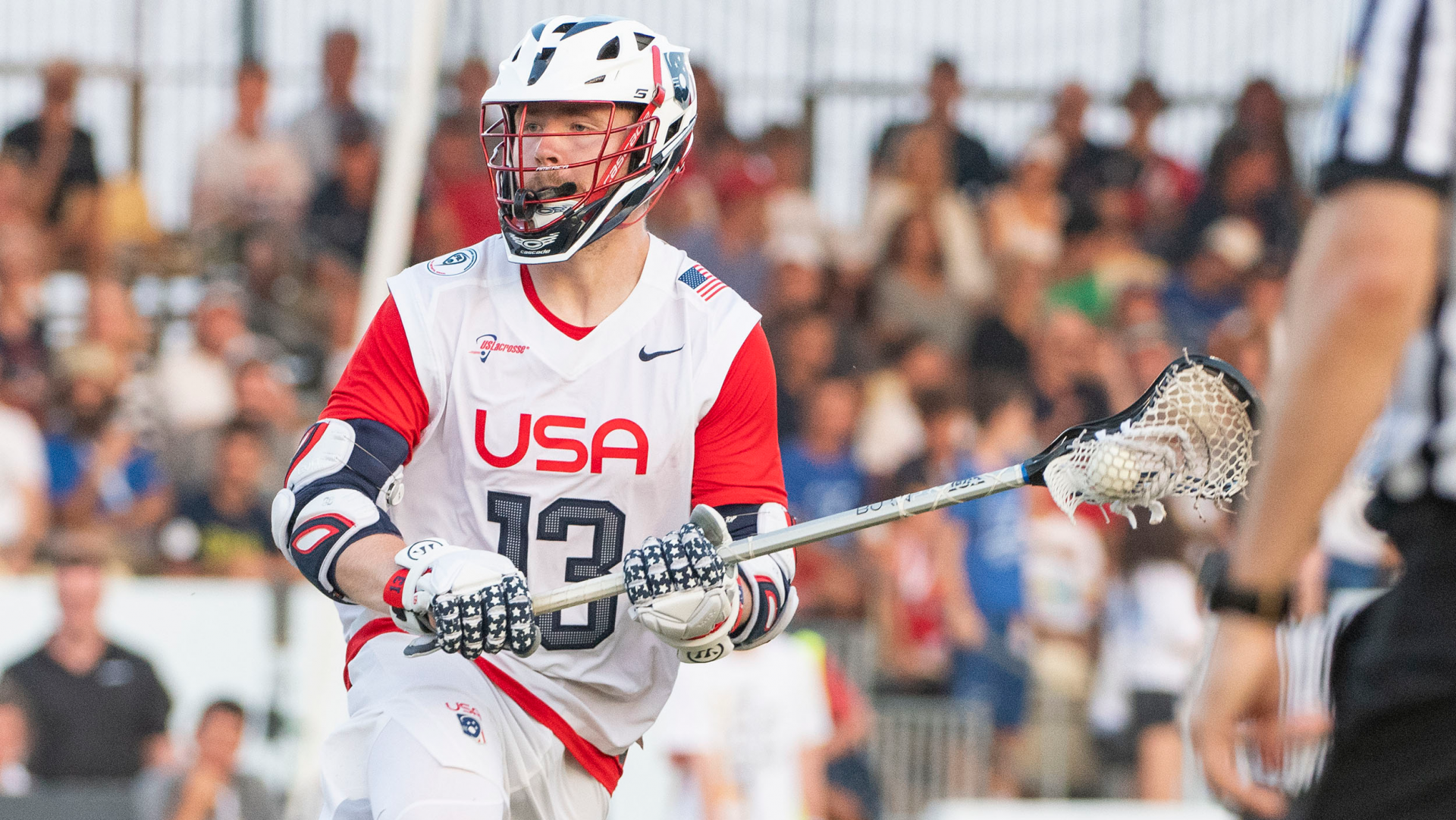 Tom Schreiber, a member of the Princeton Class of 2014 and the U.S.A. lacrosse team.

With one second left to play, Princeton alumnus Tom Schreiber scored a goal to give the United States a 9-8 victory over Canada in the gold medal game Saturday at the Federation of International Lacrosse World Championships in Netanya, Israel.

Schreiber, a member of the Class of 2014, had three goals and an assist in the game and was named the outstanding midfielder of the tournament. He was also named to FIL's All-World team.

"The fact that this game had to literally go to the last second speaks to the quality of the two teams," Schreiber told FIL Lacrosse. "I have a ton of respect for the guys on the other side. In some ways, it’s a shame the game had to end that way and didn’t keep going. But we’ll certainly take it."

Schreiber was one of five Princetonians who participated in the tournament. Zach Currier, a 2017 Princeton graduate, played for Canada. His classmate Alistair Berven played for England. Austin deButts of the Class of 2016 played for Argentina and rising sophomore Andrew Song played for China.