This summer, 31 undergraduate students from colleges and universities across the United States explored issues in public policy at the Junior Summer Institute (JSI), hosted by Princeton University’s Woodrow Wilson School of Public and International Affairs. 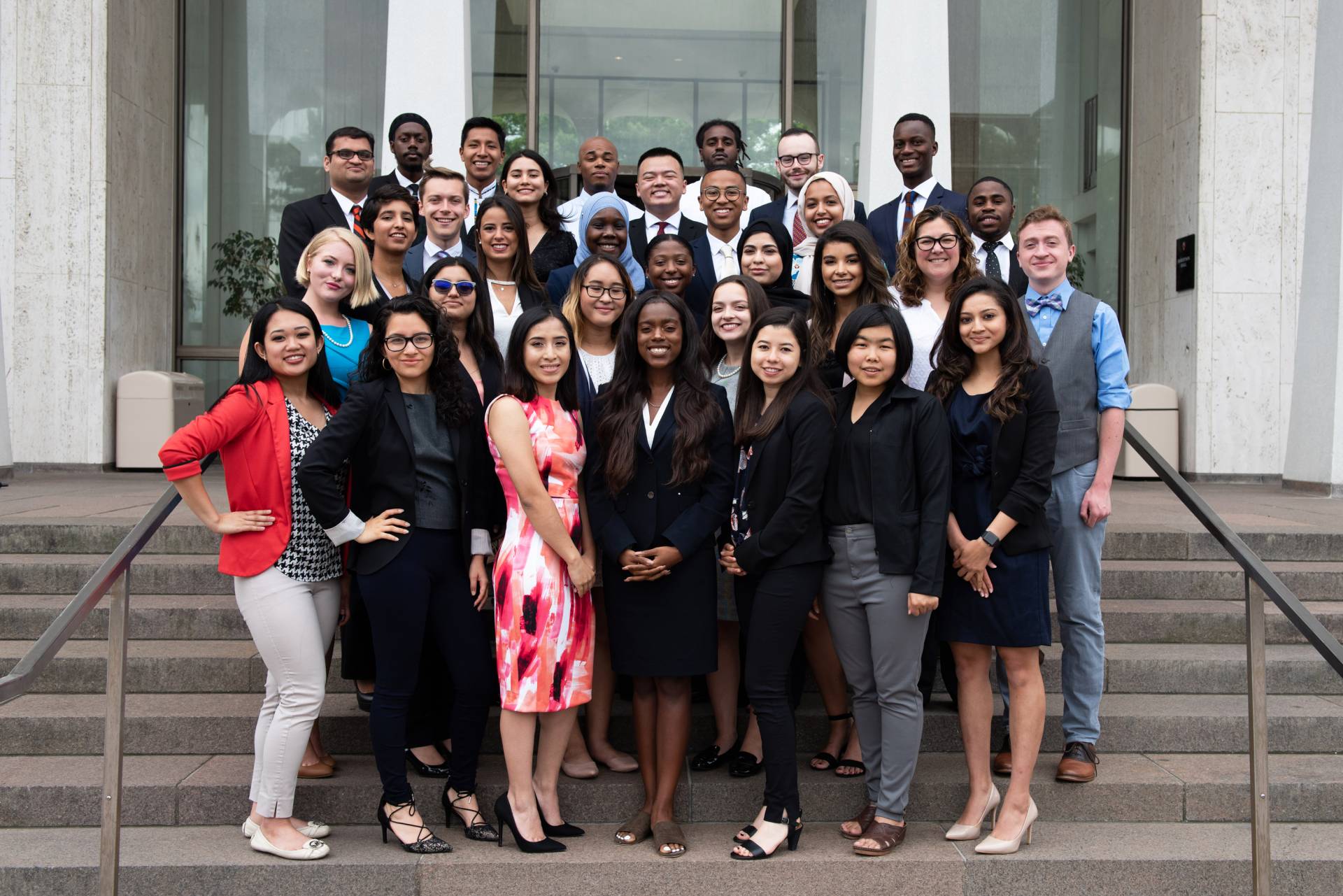 Thirty-one undergraduate students from colleges and universities across the United States attended the Junior Summer Institute this summer at Princeton. The rigorous, seven-week program is designed to prepare them for graduate study and careers in public policy and international affairs.

Aiming to prepare undergraduate students for graduate study and careers in public policy and international affairs, JSI comprises a rigorous curriculum focused on writing, critical thinking, public speaking and quantitative reasoning skills. It requires coursework in economics and statistics, as well as policy workshops in international and domestic policy issues.

“The JSI is rigorous. It aims to prepare students from diverse backgrounds and underrepresented communities for graduate school, and ultimately, for influential roles serving the public good,” said Cecilia Rouse, dean of the Woodrow Wilson School and the Lawrence and Shirley Katzman and Lewis and Anna Ernst Professor in the Economics of Education.

The Woodrow Wilson School has hosted the JSI, a seven-week fellowship component of the Public Policy and International Affairs Program, since 1985. The fellowship has more than 4,000 alumni in its network. Princeton is one of five U.S. universities to hold the program.

Workshops are an important component of the curriculum, allowing students to work in teams to research and evaluate a domestic or international policy issue.

Aminata Kebbeh, a childhood and special education major at New York University, is a first-generation college student in this year’s JSI. She grew up in the Bronx and said, “I never imagined myself at Princeton or even considering graduate school as an option.”

Kebbeh said the domestic policy workshop was her favorite class. “My instructors have been incredible. They care about what we have to say, encouraging me to want to do the readings and participate,” she said.

This year, Kebbeh and her peers experienced a curriculum revised to have a greater emphasis on applied empirical methods. Under the leadership of Laura De Olden, director of JSI and associate director of graduate student life and diversity initiatives at the Woodrow Wilson School, the participants learned how to analyze data sets using STATA, a statistical software used for research.

“Their policy analysis and their reports became stronger as a result,” De Olden said.

Amir Rachmat-Jones, from Alexandria, Virginia, studies global affairs at George Mason University. “I want to enter public service to make this country a better place,” Rachmat-Jones said. He was drawn to the program because of its emphasis on quantitative skills. “Our statistics and economics courses have fortified my capacity to analyze the issues at hand,” he said.

JSI includes visits to local and federal government organizations. During trips to Washington, D.C., students had meetings at the State Department, Capitol Hill, the Washington Office on Latin America and the Center for New American Security. They also had networking opportunities with JSI alumni and policy practitioners.

Zorah Zafari, from Glendale, Arizona, is studying at Arizona State University, double majoring in economics and global politics and minoring in justice studies. She said, “The classes here at JSI are fast-paced, semester-long courses taught in seven weeks with challenging content. It’s a humbling experience.”

Before coming to Princeton, Zafari planned to go to law school, but JSI showed her a new path toward her ultimate goal: working at the World Bank or the United Nations.

JSI participants receive free tutoring from Ph.D. students studying economics at Princeton, in addition to a few graduate alumni who excelled in the quantitative courses during their time in the master's in public affairs (MPA) program at the Woodrow Wilson School.

De Olden also introduced a series of “well-being workshops” to alleviate stress and form a sense of community, with various extracurricular activities and trust-building exercises.

Constanza Castro, a political science major at the University of Kansas from Raytown, Missouri, spoke highly of her JSI cohort. “Everyone really cares about the issues we study, and we push each other to be better,” she said.

During a lunchtime speaker series at Robertson Hall, the students interacted with Princeton faculty, alumni and staff.

Matthew Desmond, a professor of sociology at Princeton and author of the bestselling book “Evicted,” spoke about his research in housing insecurity and racial inequality. Matthew Richardson, who received an MPA this year and is a JSI writing instructor and teaching assistant, advised the students to be active in their communities and “leave an imprint.”