Kernighan discusses ‘Millions, Billions, Zillions: Defending Yourself in a World of Too Many Numbers’

Brian Kernighan, a professor of computer science, wants to help everyone, regardless of their math background, navigate the dazzling array of numbers flung around by journalists, advertisers and politicians every day. 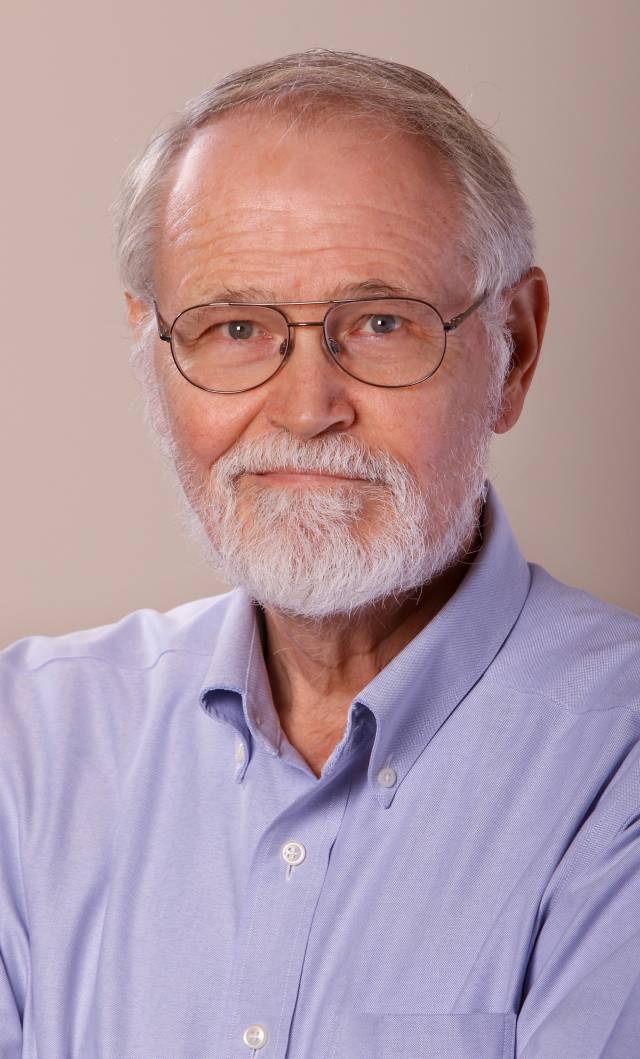 In his latest book, “Millions, Billions, Zillions: Defending Yourself in a World of Too Many Numbers,” published this month by Princeton University Press, he demonstrates how numbers and graphics can mislead and misrepresent, and he offers shortcuts and tips to help readers think critically about the figures they encounter.

Kernighan has also written several computer languages and books about them. He earned his doctoral degree in electrical engineering from Princeton, then went to work at Bell Laboratories for 30 years before coming back to Princeton in 2000. In addition to teaching and researching, he is a Forbes College adviser, and he received the President’s Award for Distinguished Teaching in 2016.

What prompted you to write this book?

In my course “Computers in Our World,” I often use examples of incorrect computations or wildly wrong numeric values to try to make the material more interesting and relevant. I’ve been collecting such examples for a long time, and I have been giving occasional talks on innumeracy as well, so it was appealing to collect them into a book and present some principles in an orderly way.

You’ve described this as “numeric self-defense.” Could you explain that?

We are surrounded by numbers — in newspaper and magazine stories, TV programs, on the internet, and of course advertising. How many of these numbers are really right? How many are in some way wrong or misleading? I think everyone should start with a healthy skepticism about pretty much all numbers, especially today when there is so much fake news and outright lying by politicians and other sources. We need ways to decide which numbers are probably OK and which are definitely sketchy. That’s the self-defense part — if I give you a number, you need some way to assess whether it’s reasonably correct or likely wrong.

How does that work?

Start with skepticism; don’t take numbers at face value or let them just wash over you. (This is harder than it sounds, of course.) I find it helpful to think about what my share of a big number would be; if my share isn’t sensible, the number is probably wrong. Sometimes you can reason backwards: what would be the consequences if the number were correct? If those consequences are not reasonable, the original number is probably wrong. Another helpful tactic is to make your own estimates. Rough and ready is good enough; they don’t have to be super accurate since the goal is just to see whether someone else’s number is plausible or not. With practice, it gets easier to make quick estimates, and it’s even kind of fun, especially when you do spot some kind of problem. 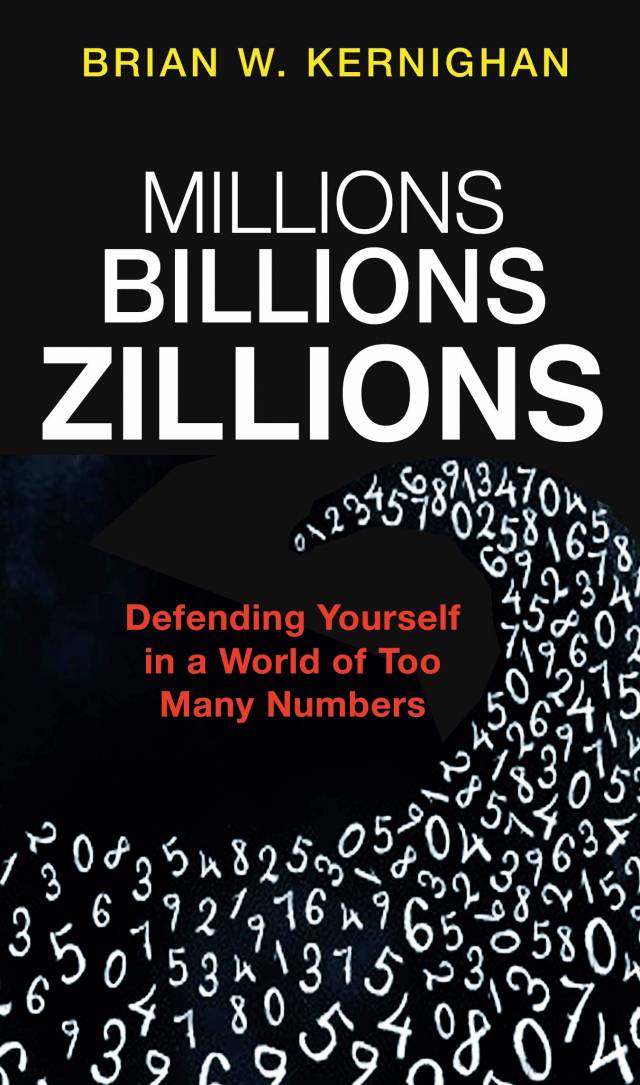 What are some of your favorite examples of a major numerical mistake from a (usually) trustworthy source?

Some years ago, The New York Times said that the budget deficit was about $1.3 billion. That couldn’t be right. There are somewhat over 300 million Americans, so each person’s share of the deficit would be only about four dollars. We could pay it all off in a single day by foregoing coffee at Starbucks or Small World and sending the money to Washington instead. But the deficit was really $1.3 trillion, which is more like $4,000 each, and no one will send that much money to the government unless they have to. This error, a factor of one thousand, is remarkably common, and is the genesis of the book’s title. It should be noted that the Times quickly corrected the story; they are trustworthy and they do acknowledge and fix errors, which is unfortunately not true of all sources.

The Newark Star-Ledger once said that turning off a computer monitor when not in use would save $88 per day in electricity costs. Reasoning backwards, if monitors cost that much, none of us would have computers; the story was soon corrected to $88 per year.

I’ve also got a substantial collection of charts and diagrams that are not so much errors as misleading or even deceptive. The issue there is usually not the numbers themselves but the way that they are presented. In an effort to make a set of otherwise boring numbers visually appealing, it’s easy to give a wrong impression. These tend not to get corrections, probably because they aren’t technically “wrong.”

You cover not only giant numbers — millions, billions and trillions — but tiny ones. Does it matter if people don’t know whether something is a millimeter or a micrometer (micron) across?

I think the small numbers are probably less significant in day-to-day life — they just don’t occur as often. But the same kinds of reasoning work. And one should know the difference between a millimeter (which you can see) and a micron (which you can’t). I once set an exam question: “A micron is an elementary particle like an electron or a proton: True or False,” and one-quarter of the group thought it was true.

What are some of the consequences of people being “innumerate” — unable to understand or manipulate numbers?

You’re vulnerable to anyone who wants to manipulate you — politicians, advertisers, salespeople, financial services and many others. If you don’t understand how compounding works, for example, you’ll wind up paying a lot for credit card debt or car finance. If you don’t know the difference between a million and a billion, you won’t realize that a billion is not just “bigger” but a thousand times bigger! If you aren’t familiar with common graphical trickery, you’ll be misled by graphs and charts. If you don’t know the difference between average and median, you won’t be able to see when someone is making an invalid argument about income or taxes.

What do you want people to take away from reading “Millions, Billions, Zillions?”

I think most people would benefit from being more comfortable with numeric reasoning, from being a bit cautious about blindly accepting (or ignoring) the numbers that surround us. My hope is that the book will help readers to become more adept with simple arithmetic, while providing some instructive and perhaps entertaining examples along with principles and rules of thumb. I often say that the numeric part of my course is not “math”; it’s no more than Grade 6 arithmetic in the service of daily life, and that’s true of the book as well.