How to fix Social Security? It's political but it can be done

Social Security remains beloved and holds bipartisan support among American citizens. Yet the program faces an insolvency crisis. It pays out more in benefits than it collects in taxes and is therefore devouring its trust fund. By 2034, when the fund is projected to run dry, it’s estimated that 81 million Americans will face automatic benefit cuts of 20%. 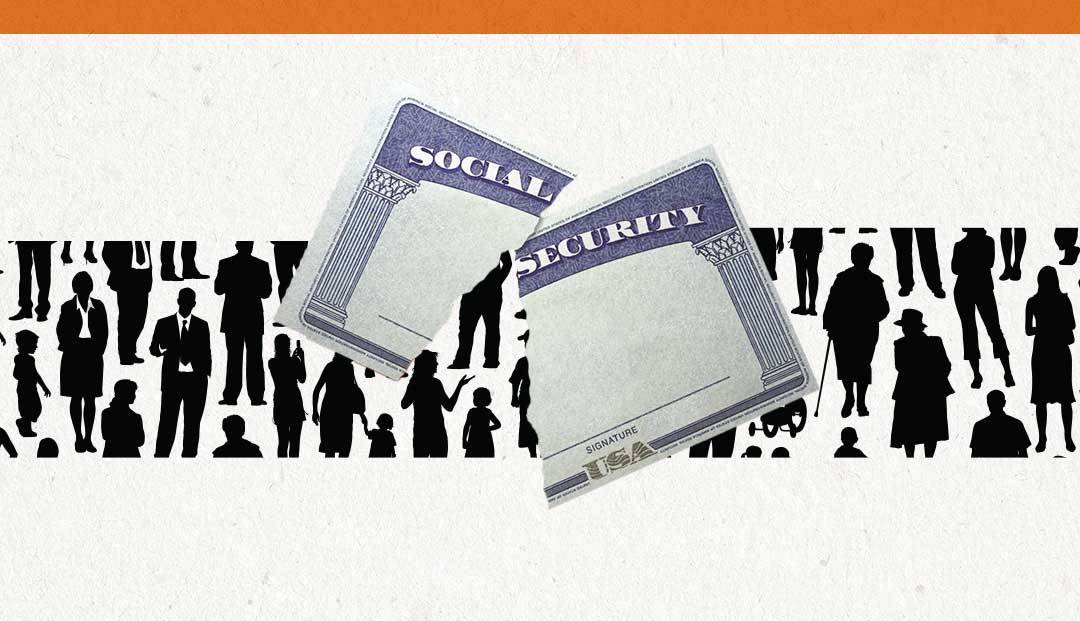 There is nothing complicated about fixing Social Security, according to R. Douglas Arnold, the William Church Osborn Professor of Public Affairs, Emeritus, and professor of politics and public affairs, emeritus, at Princeton University. Legislators could simply raise taxes or they could cut benefits — by raising the retirement age, for example. What remains complicated are the politics of fixing Social Security, Arnold argues in a new book published by Princeton University Press.

In “Fixing Social Security: The Politics of Reform in a Polarized Age” Arnold explores the historical role that Social Security has played in American politics, why Congress has done nothing to fix its solvency problem for three decades, and what legislators can do to save it.

Q. Why did you write a book on the politics of Social Security? And why is it important to focus on this now?

Arnold: In the mid-1990s, Social Security was a hot issue. Social Security’s actuaries had just projected serious, long-term financial problems. There was a lot of commotion in Washington as policymakers competed to devise creative solutions. One proposal was to privatize Social Security. In the late-1990s, I was asked to join a study panel, sponsored by the National Academy of Social Insurance, that was examining privatization. It consisted mostly of economists and demographers, but they were finding that the politics was more complicated than they thought, so they asked me to join. Our final report became a book published by MIT Press. I later co-edited a book, “Framing the Social Security Debate: Values, Politics, and Economics,” published in 1998. And then I didn't do anything about Social Security for the next 25 years. And as it happened, neither did Congress. Recently, I started to wonder what went wrong. Why did Congress drop the ball on this? And what can be done now?

Q. Why hasn’t anyone paid attention to this issue since the 1990s?

Arnold: There were no immediate consequences for anyone. Although Social Security finances are not in good long-term shape, they are fine in the short-term. There are currently 65 million beneficiaries, and they are all collecting their benefits on time. And they will continue to do so for the next dozen years. Then, when the trust fund runs dry, their benefits will automatically be cut by one-fifth. So, right now, the solvency problem is not hurting anyone. Other problems seem more urgent. Legislators keep putting it off. I hope my book will help people understand the problem and put pressure on politicians to do something.

Q. You say Social Security is heading toward insolvency. What does that mean exactly? Is it going to go broke?

Arnold: Before I answer, it is important to understand how Social Security is funded. It is a self-funded pay-as-you-go program. That means it does not receive any money from general taxes, and by law, it cannot. It raises its own revenue through the payroll tax. We all pay a certain percentage of our base salary up to what has called the maximum taxable wage base, and our employers match everything we pay. Although the money is sent to Washington to be put in the trust fund, it’s quickly spent out immediately on beneficiaries.

The last solvency crisis was in 1983. At that time, legislators changed the tax and benefit formulas in ways that gradually built up the trust fund to almost $3 trillion. But right now Social Security is devouring its trust fund. Payroll taxes are no longer sufficient to pay all benefits. So, every month, Social Security withdraws more and more money from the trust fund. And the reason is the retirement of the huge baby boom generation. The next generation is not as large, so Social Security is not getting enough tax revenue.

Projections show that the trust fund will be empty by 2034. At that point, Social Security will have enough revenue to pay only 78% of benefits. And that is what we call the solvency crisis. It happened in 1977, and again in 1983, and each time legislators came together and fixed it. But Congress has been ignoring the problem since 1994, when the actuaries first identified it. The question remains: Will legislators ignore it for the next 12 years, or act sooner? 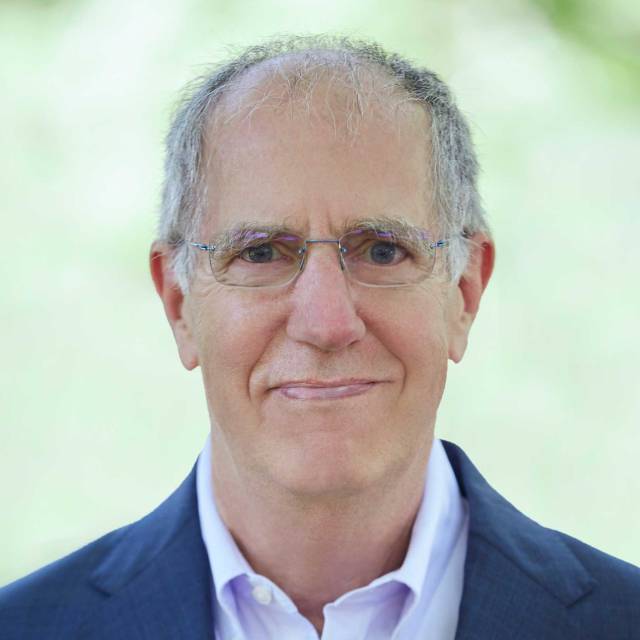 Q. What are some of the options for fixing the solvency problem?

Arnold: Since we have had two solvency crises in the past — 1977 and 1983 — let’s see how legislators fixed the problem then. The first time, they simply raised the payroll tax rate by 25% and the maximum taxable wage base by 68%. Six years later, they switched course. They effectively cut benefits by raising the full retirement age from 65 to 67, phasing it in over four decades. So, those are the two basic options: raise taxes or cut benefits.

You could do similar things today. For example, to make Social Security solvent for the next 75 years, legislators could raise the tax rate from 6.2% to 8.1%. According to current actuarial projections, this would fix the problem until 2095. So, it is fixable, but painful.

Alternatively, legislators could close three-quarters of the long-term deficit by immediately abolishing the maximum taxable wage base (currently $147,000), thus subjecting all wages to taxation. Or they could raise the full retirement age to 68. This would close one-seventh of the long-term actuarial deficit.

Legislators could also change the way benefits are adjusted for inflation. They are currently adjusted with the consumer price index. Some economists think this index overstates inflation. They suggest using an alternative index called the chained price index. If you switch to that index, you would solve one-fifth of the long-term deficit.

If you think about Congress as a place that reaches compromises, legislators will probably adopt some combination of these options.

Q. It seems like representatives are polarized on the issue of fixing Social Security. Why?

Arnold: Legislators are polarized on just about everything from health care to climate change to taxing and spending. Social Security is different. Legislators are not polarized on whether the program should be fixed. Their principal disagreement is about how to fix it. Republicans have been talking about making strategic benefit cuts — such as raising the retirement age, not immediately, but in the long term — or doing something like privatizing Social Security. But it is hard to design a plan to reduce benefits that can somehow put Social Security in balance in just 12 years. If they had started in 1994, it would have been possible. They could have gradually reduced benefits or gradually raised the retirement age, but those things take decades to do. It is very difficult to do when the runway is so short.

The real problem for Republicans is that they refuse to consider raising taxes. Most Republican legislators have signed the so-called Norquist pledge — named after political activist Grover Norquist, a promoter of the Taxpayer Protection Pledge — promising never to raise taxes. It is tough to design a solvency plan without including some tax increases. So, that is the big partisan divide. Democrats are willing to raise taxes. Republicans are not.

Q. Do you think voters are as polarized as legislators are?

Arnold: Political polarization by leaders often transfers to citizens. For example, as legislators became more polarized on climate change, citizens followed. Social Security is the great exception. This plays a large role in my book, teasing out why polarization among citizens has not happened for Social Security.

How has Social Security escaped that polarization? To start, it has not been on the congressional agenda, so loud political talk has not primed citizens to think about it in polarized ways. But I think there is a deeper reason: Citizens know this program intimately. Some of our first experiences with Social Security are about our grandparents collecting benefits. When you get your first job, you find out there’s a Social Security tax, which you pay throughout your working years. Then, you watch your parents plan for retirement, and later on, you plan for it yourself. Family members keep moving through the system.

Q.  Do you think Congress is going to fix Social Security soon, or wait until 2034? And if Congress delays, what are the costs?

Arnold: First, it is important to remember that legislators are human beings, and human beings are procrastinators. Second, every possible reform would impose costs on someone. Legislators worry that whatever costs they impose now would be directly traceable to their actions in Congress. So, they are afraid to do anything. And third, they are polarized. They disagree about the appropriate solutions.

In both 1977 and 1983, legislators had to act quickly because the trust fund was tiny. This time, the huge trust fund, built up over four decades, is shielding them from the need for quick action. The trust fund can continue to give legislators a free ride for another dozen years. Then — poof! — the trust fund disappears, and legislators will have to act.

If you want to convince legislators to reform Social Security now, you need to put pressure on them and make it costly for them to delay. Citizens can do this through their votes, their campaign contributions, and their direct communications. Their voices will pressure legislators to introduce bills. Democrats are still sponsoring solvency bills. But Republicans are not. If citizens lean on Republicans, they might do so again. That is how you get action in the next few years.

I have no doubt that if we wait a dozen years, Congress will eventually fix the solvency problem. But the solutions will be more expensive — and more painful — than they are today.

Endnotes takes listeners behind the cover and through the pages of books on politics, policy, and more — all written by faculty at the Princeton School of Public and International Affairs. The show is hosted by B. Rose Huber.

Q&A: What's next for the Affordable Care Act?