John McPhee, a Ferris Professor of Journalism in Residence at Princeton, was awarded the 2018 Audubon New York Award for Environmental Writing.

Created in 2015, the award recognizes writers who use the power of the pen to influence positive change in the world of environmental conservation in support of Audubon’s mission. 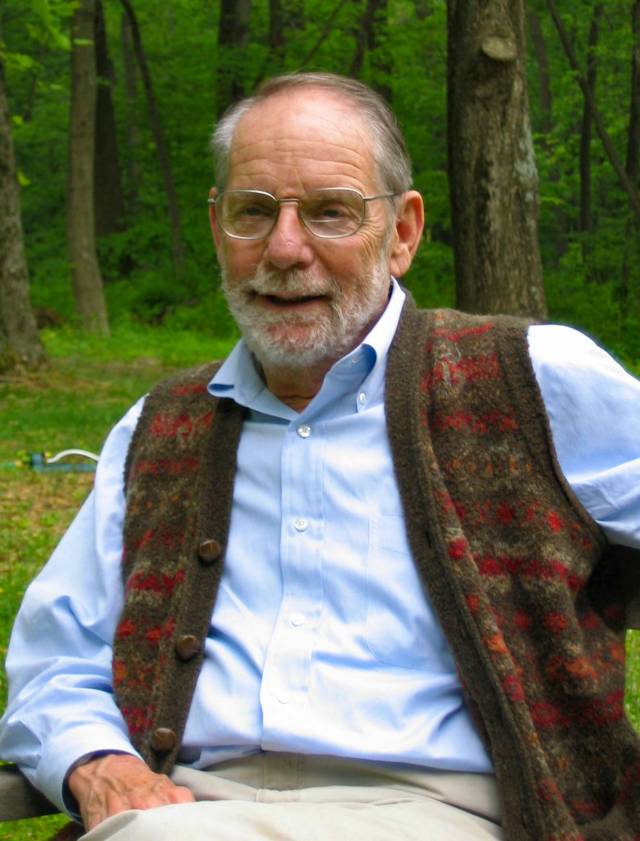 McPhee accepted the award at a ceremony in New York on Nov. 7. In introducing McPhee and co-honoree Laura O'Donohue, Ana Paula Tavares, executive director of Audubon New York and Connecticut, said: “Audubon New York is proud to honor Laura O’Donohue and John McPhee for their commitment to conservation, now and into the future. Through their dedicated efforts to educate, inform and inspire, they are awakening new generations of conservation leaders.

McPhee's 33rd book, "The Patch," which features collected pieces on a wide range of topics including the outdoors — from fishing for pickerel in New Hampshire to the wild bear population of New Jersey — is being released today, Nov. 13, by Farrar, Straus and Giroux.

Audubon New York, the state program of the National Audubon Society, protects birds and the places they need, throughout the Americas using science, advocacy, education and on-the-ground conservation.

A 1953 alumnus, McPhee, who was born and raised in Princeton, has taught writing at the University since 1975. His course, “Creative Nonfiction” (originally called “Literature of Fact”), offered each spring, is open to Princeton sophomores, by application, and is limited to 16 students. To date, nearly 450 students have taken the course.

In 1999, the same year he received the Pulitzer Prize for his book “Annals of the Former World,” McPhee received the President’s Award for Distinguished Teaching from Princeton. He has been a staff writer for The New Yorker for over 50 years, where much of the content of his 33 books originally appeared. In this profile, McPhee reflects on his writing process, what he learns from students and the structure of the writing seminar he teaches.

In May, McPhee was awarded the Sandrof Award for Lifetime Achievement from the National Book Critics Circle. He has previously been honored with the Award in Literature from the American Academy of Arts and Letters and the Wallace Stegner Award.

Update: Paul Muldoon's collaboration with Paul McCartney has been named among the best books of the year