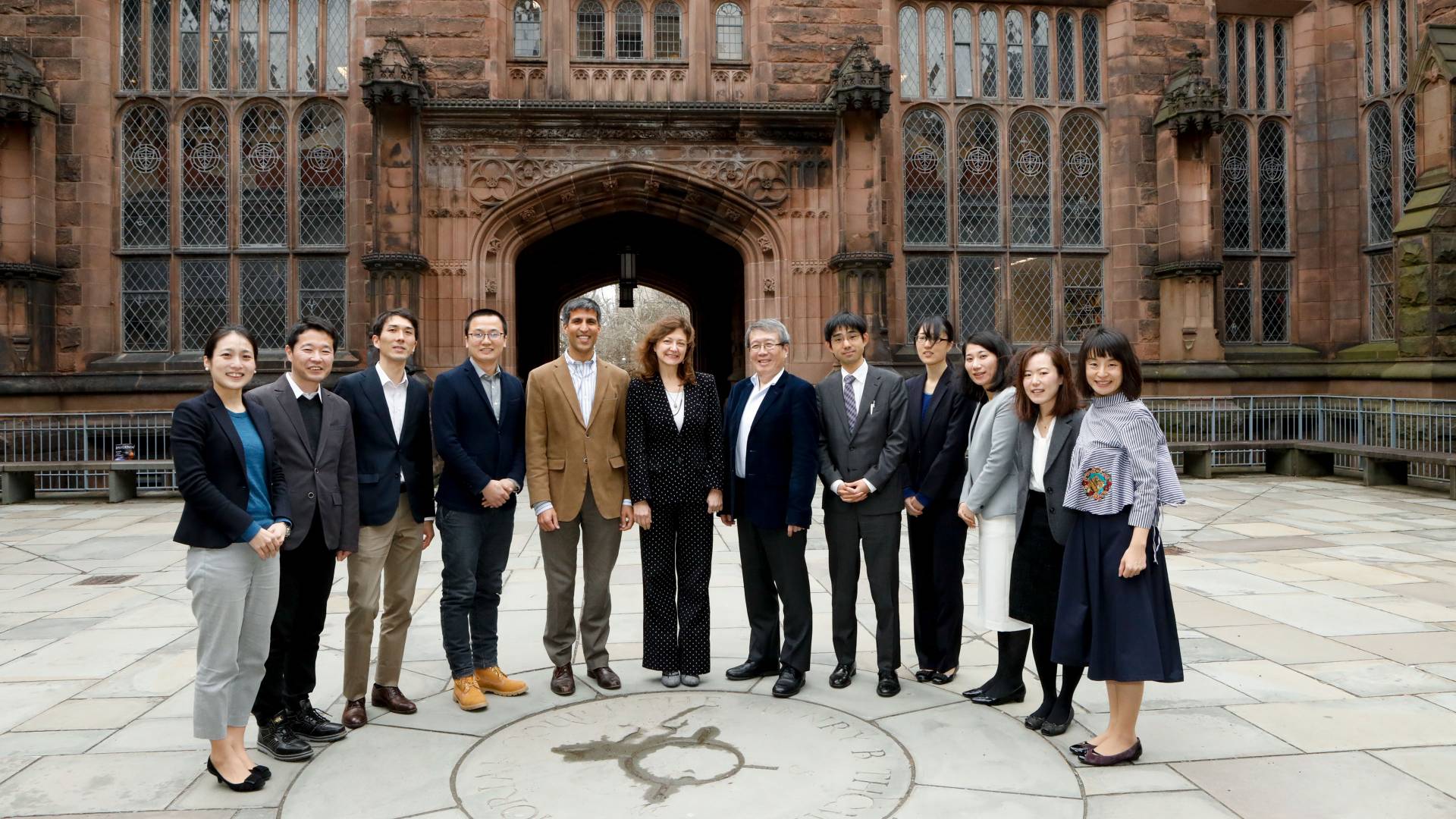 Princeton University has signed a five-year renewal of its strategic partnership with the University of Tokyo to further support collaborative research and teaching and boost interdisciplinary scholarship.

A delegation from the University of Tokyo, led by Executive Vice President and Professor of History Masashi Haneda, visited Princeton Dec. 3-4 to mark the occasion and continue to strengthen ties between the institutions. The universities’ strategic agreement was established in 2013. It is one of three strategic partnerships — along with Humboldt University in Berlin and the University of São Paolo — central to Princeton’s internationalization efforts.

“Our partnership with the University of Tokyo fosters the flow of ideas across national borders and enhances the international scope of Princeton's teaching, research and service mission in profound ways,” said Aly Kassam-Remtulla, assistant provost at Princeton. 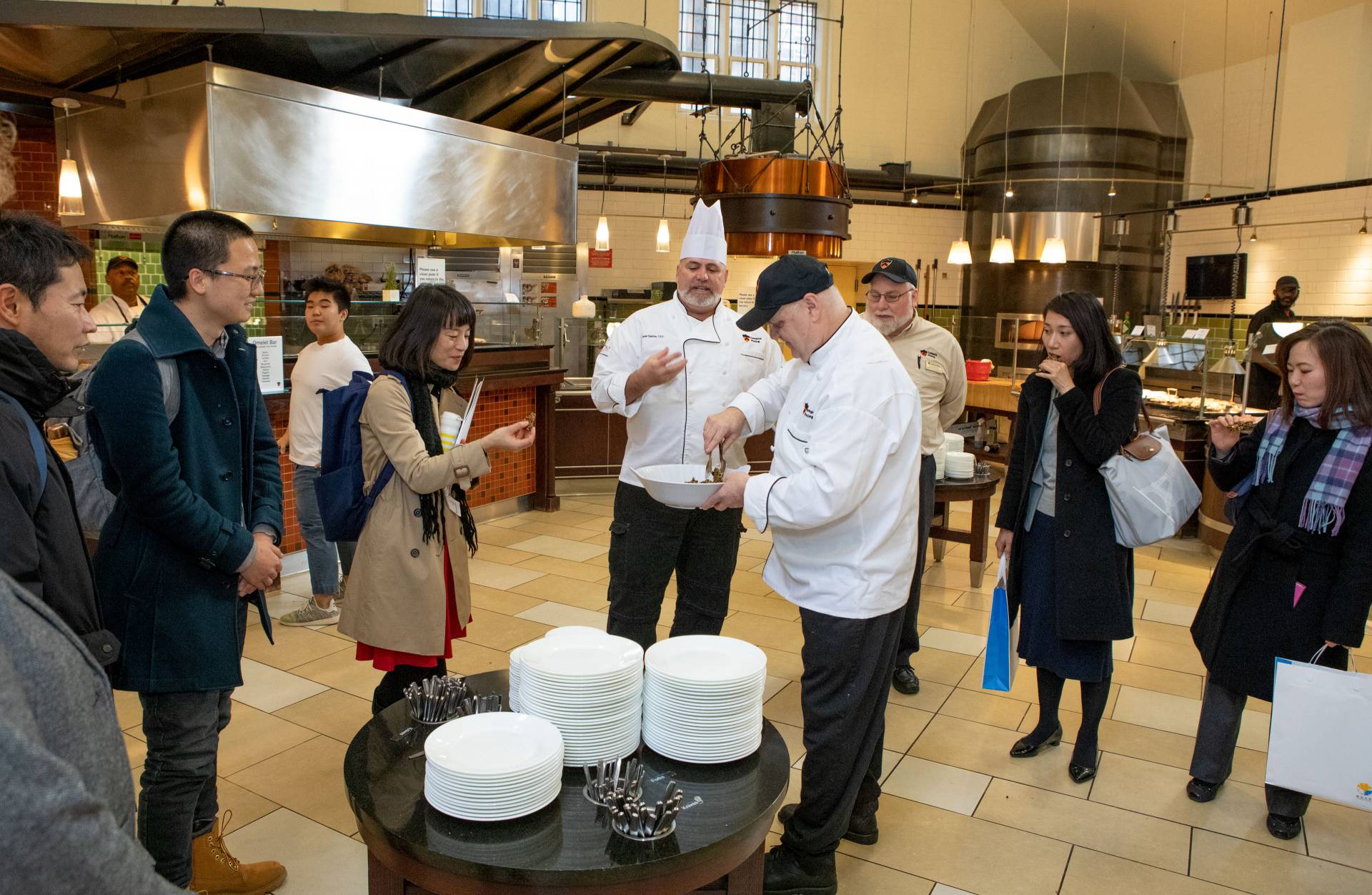 University of Tokyo representatives met with Princeton faculty and administrators to get a sense of life on campus. Here, the group samples food in Rockefeller/Mathey Dining Hall and talk with Campus Dining staff (from left to right) Michael Gattis, Rick Piancone and Steve Iannacone.

The agreement builds on longstanding collaborations led by faculty in astrophysical sciences, East Asian studies and the Woodrow Wilson School of Public and International Affairs.

“In the past five years, we’ve also been able to support new projects across disciplines, including architecture, computer science, geosciences, history, mathematics, and mechanical and aerospace engineering,” Kassam-Remtulla said. “The partnership provides for innovative collaborations between our institutions that include transnational research, pedagogical partnerships, and the flow of scholars and staff."

To date, the partnership has supported:

Proposals for new Tokyo-Princeton research and teaching collaborations for the 2019-20 academic year are now being accepted. 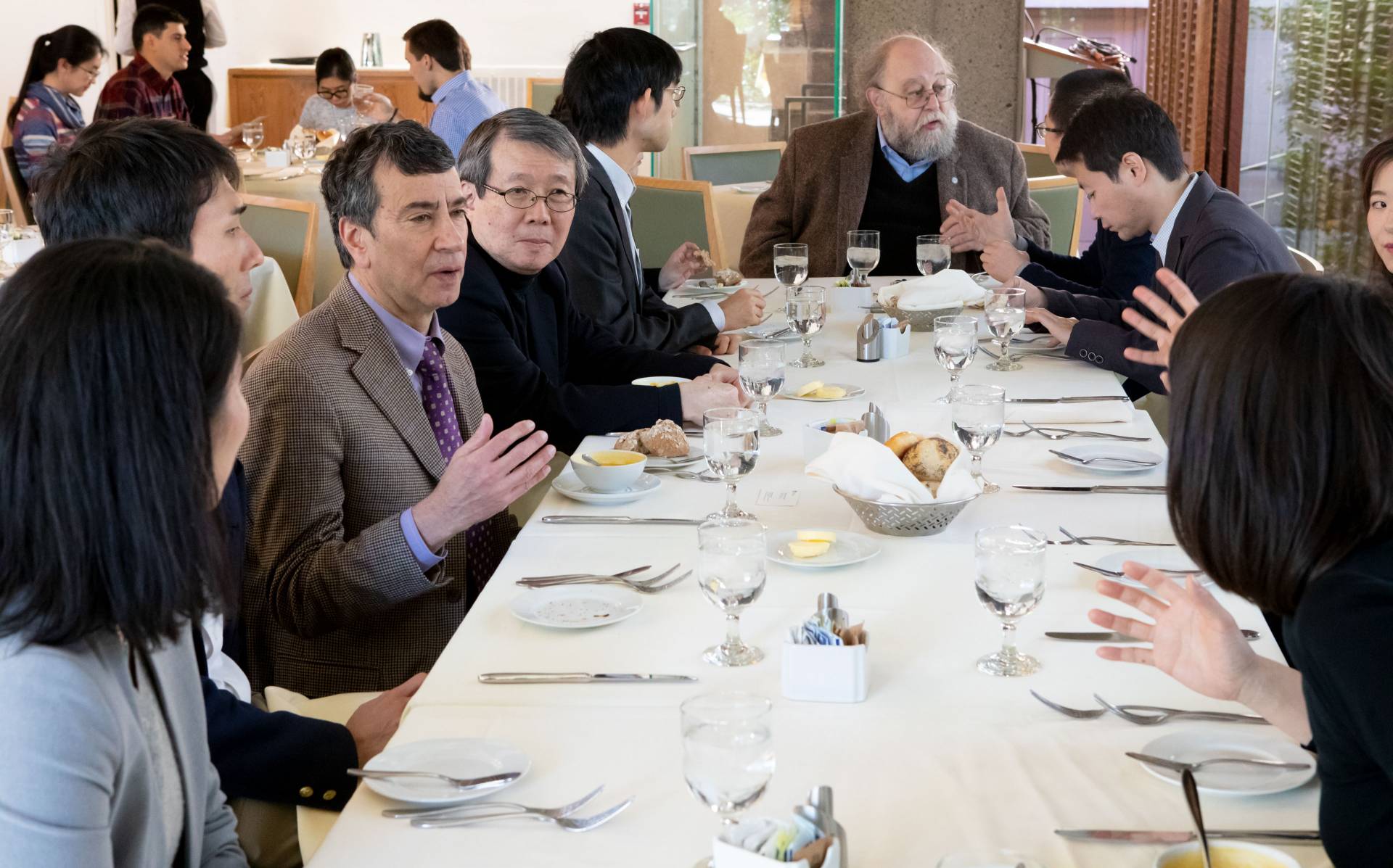 Haneda (fourth from left) and University of Tokyo staff have lunch in Prospect House with Princeton’s Sheldon Garon (third from left), the Nissan Professor in Japanese Studies and professor of history and East Asian studies, and with Daniel Garber (center), the A. Watson J. Armour III University Professor of Philosophy. Princeton and Tokyo’s strategic agreement is one of three partnerships — along with Humboldt University in Berlin and the University of São Paolo — central to Princeton’s internationalization efforts.

While on campus, University of Tokyo representatives were welcomed by Princeton Provost Deborah Prentice and Vice Provost for International Affairs and Operations Anastasia Vrachnos. They met with faculty from art and archaeology, computer science, East Asian studies, history, philosophy and other departments.

The group learned more about the scope of Princeton’s international research and academic programs. They also got a sense of campus life by touring the renovated Firestone Library, Rockefeller/Mathey Dining Hall, and classrooms in East Pyne and the Julis Romo Rabinowitz Building.

“From the time the partnership got off the ground, what’s impressed me so much is the range of engagements across the University,” said Jeremy Adelman, the Henry Charles Lea Professor of History. “Architects, civil engineers, historians, astrophysicists and more have mobilized to exchange ideas, collaborate and learn from each other.”

Adelman, a member of the joint governance committee for the Tokyo-Princeton partnership, added, “It’s an example of what we dreamed of when we came up with the idea of a strategic partner: that the breadth of the University’s intellectual talent would be so excited to join forces with counterparts.”

Adelman’s observation also comes from firsthand experience with the Global History Collaborative, a joint effort between historians at Princeton, the University of Tokyo, the École des Hautes Études en Sciences Sociales in Paris, and the Freie and Humboldt universities in Berlin. The project includes student exchanges, faculty visits and annual summer research seminars for graduate students and faculty in rotating locations.

“The ability to workshop ideas with peers who come from different intellectual traditions has been especially essential for our Ph.D. students to understand what it means for one’s research to cross borders,” Adelman said. 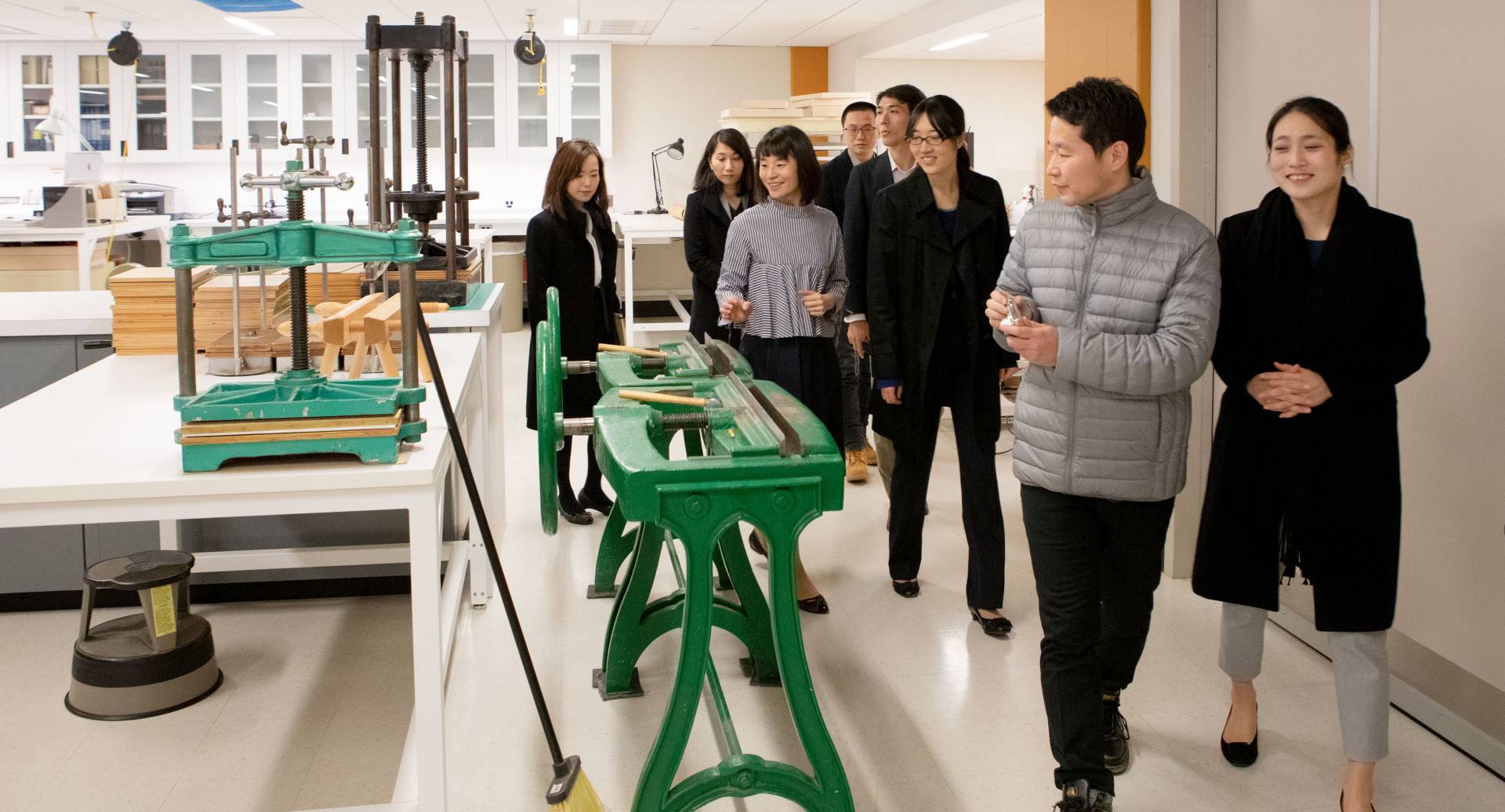 University of Tokyo representatives visit the Princeton University Library’s Conservation Lab in Firestone Library. The group toured the newly renovated spaces throughout Firestone during their visit to campus.

In addition to new projects, the international partnership has strengthened established bonds. Astrophysicists in Princeton and Japan have long collaborated on significant research projects, such as the Sloan Digital Sky Survey. Today, Princeton’s formal partnership with the University of Tokyo anchors a broad suite of collaborations in Japan including Princeton’s access to the Subaru Telescope, one of the foremost telescopes in the world.

“We are building a major new spectrograph for the Subaru Telescope involving universities all over the world,” said Michael Strauss, professor and associate chair of astrophysical sciences. “This project is centered at the University of Tokyo, and builds directly off our past experience with major telescope facilities.”

During the past five years, more astrophysics students and scholars have been able to benefit from the Tokyo-Princeton partnership.

“For instance, we have three Japanese postdoctoral scholars here now, collaborating with various faculty members on the nature of planets orbiting other stars, and the formation of elements in stellar explosions, among other topics,” Strauss said. “Faculty here go to Japan a lot and vice versa. For a while, we joked that at any given time, there was at least one Princeton faculty member at the University of Tokyo and one Tokyo faculty member in Princeton.”