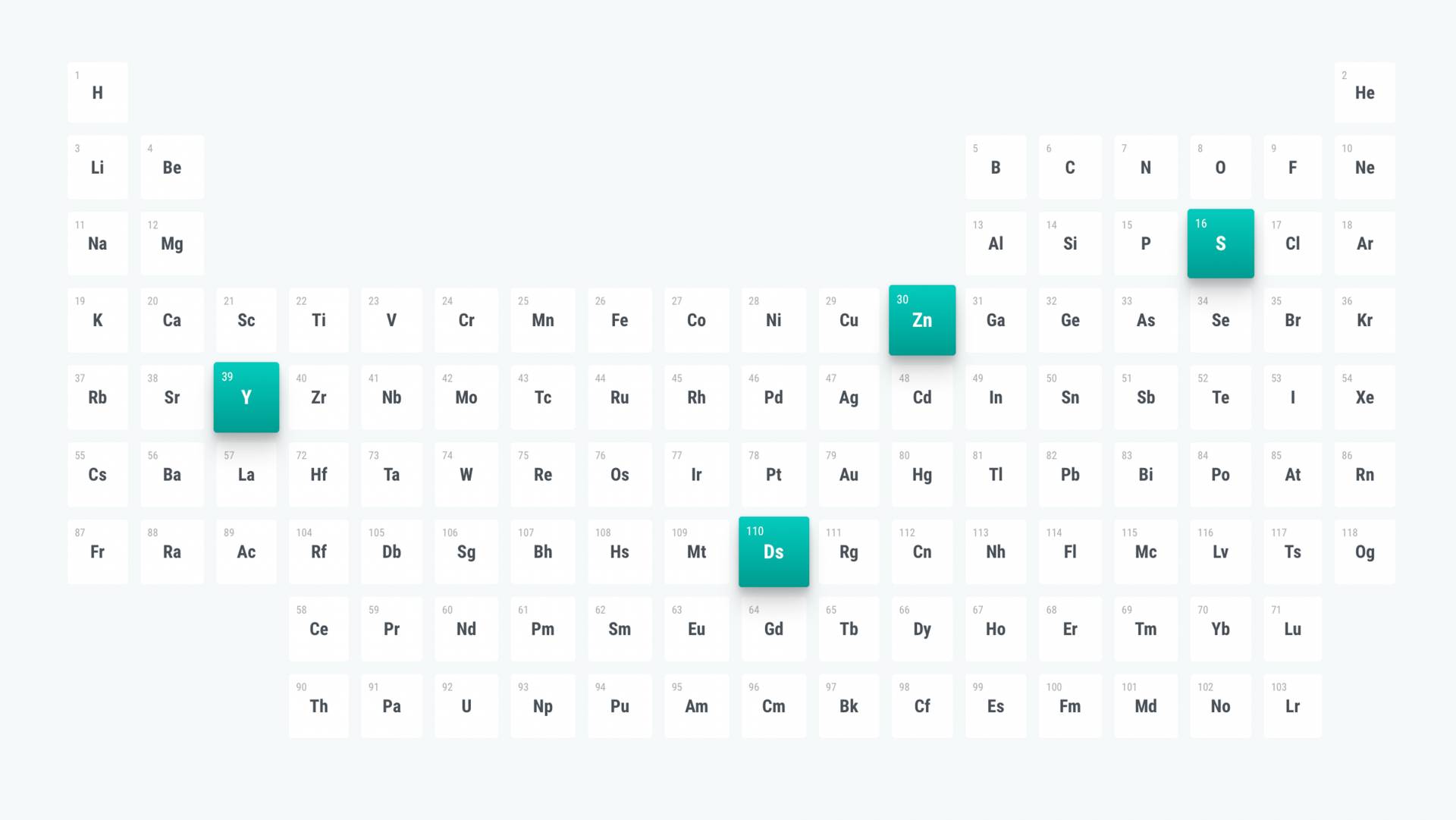 A new interactive catalog allows visitors to explore materials that have interesting “topological” qualities that could be used in futuristic electronic devices.

In a major step forward for an area of research that earned the 2016 Nobel Prize in Physics, an international team has found that substances with exotic electronic behaviors called topological materials are in fact quite common, and include everyday elements such as arsenic and gold. The team created an online catalog to make it easy to design new topological materials using elements from the periodic table.

These materials have unexpected and strange properties that have shifted scientists' understanding of how electrons behave. Researchers hope these substances could form the basis of technologies of the future, such as low-power devices and quantum computing.

"Once the analysis was done and all the errors corrected, the result was astonishing: more than a quarter of all materials exhibit some sort of topology," said B. Andrei Bernevig, a senior author on the paper and professor of physics at Princeton. "Topology is ubiquitous in materials, not esoteric."

Topological materials are intriguing because their surfaces can conduct electricity without resistance, so they are potentially faster and more energy-efficient than today's technologies. Their name comes from an underlying theory that draws on topology, a branch of mathematics that describes objects by their ability to be stretched or bent. 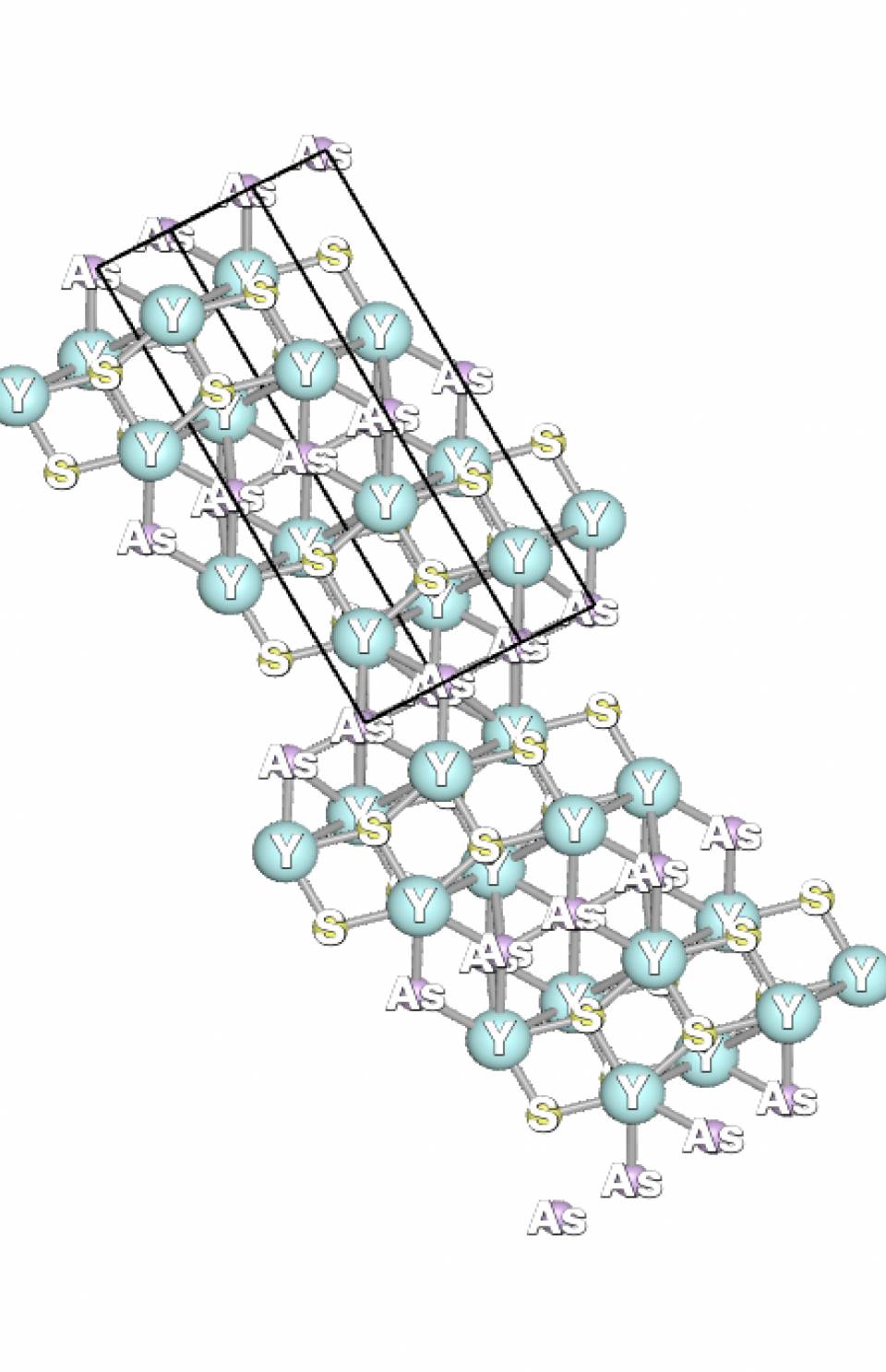 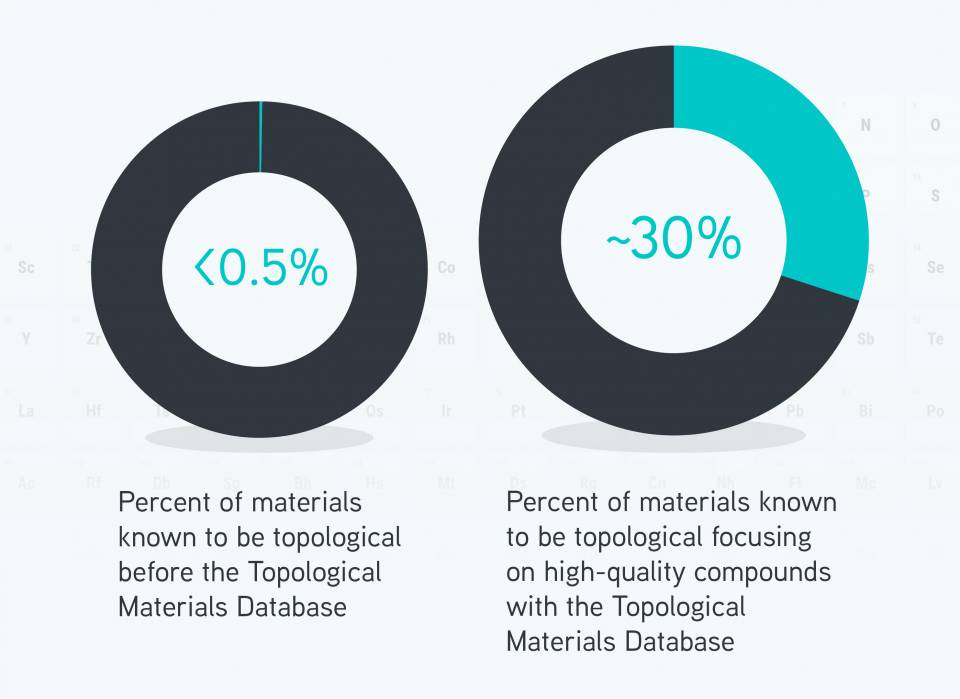 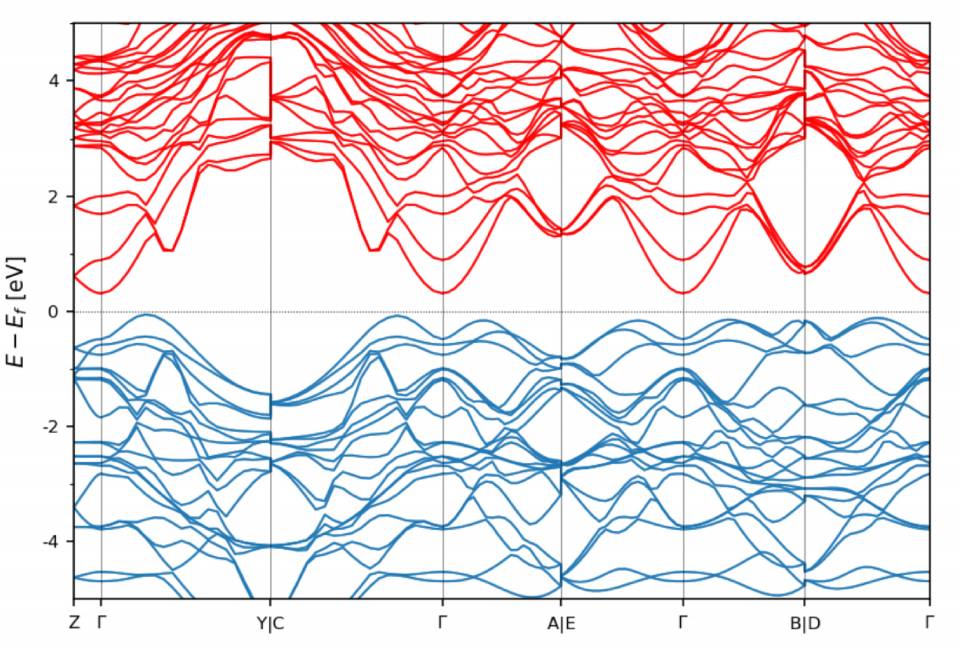 Users can explore the crystal structure of the material and see the full three-dimensional structure of where the atoms reside. The position of the atoms in the unit cell is one of the ingredients of the topological theory of electronic bands.

Prior to this research, topological materials were thought to be rare, but the team has found that at least 30 percent of materials are topological. More remain to be discovered.

Pattern of the electrons’ energy profile or band structure, where a clean gap between the conduction band (bands above zero energy) and valence band (bands below zero energy) can be seen. This material is a particularly “clean” topological insulator: it has no electrons in the interior of the material but would conduct electrons perfectly on surfaces.

The beginnings of the theoretical understanding of these states of matter formed the basis of the 2016 Nobel Prize in Physics, shared among Princeton University professor F. Duncan Haldane, the Sherman Fairchild University Professor of Physics, J. Michael Kosterlitz of Brown University, and David J. Thouless, University of Washington-Seattle.

Until now, only a few hundred of the more than 200,000 known inorganic crystalline materials have been characterize as topological, and they were thought to be anomalies.

"When fully completed, this catalog will usher in a new era of topological material design," Bernevig said. "This is the beginning of a new type of periodic table where compounds and elements are indexed by their topological properties rather than by more traditional means."

The international team included researchers from Princeton; the Donostia International Physics Center in San Sebastian, Spain; the IKERBASQUE Basque Foundation for Science; the University of the Basque Country; École Normale Supérieure Paris and the French National Center for Scientific Research; and the Max Planck Institute for Chemical Physics of Solids.

The team investigated about 25,000 inorganic materials whose atomic structures are experimentally known with precision, and classified in the Inorganic Crystal Structure Database. The results show that rather than being rare, more than 27 percent of materials in nature are topological.

The researchers made the newly created online database available at www.topologicalquantumchemistry.com. It allows visitors to select elements from the periodic table to create compounds that the user can then explore for its topological properties. More materials are currently being analyzed and placed in a database for future publication.

First, two years ago, some of the present authors developed a theory, known as topological quantum chemistry and published in Nature in 2017, which allowed for the classification of the topological properties of any material from the simple knowledge of the positions and nature of its atoms.

Second, in the current study, the team applied this theory to the compounds in the Inorganic Crystal Structure Database. In doing so, the authors needed to devise, write and modify a large number of computerized instructions to calculate the energies of electrons in the materials.

“We had to go into these old programs and add new modules that would compute the required electronic properties,” said Zhijun Wang, who was a postdoctoral research associate at Princeton and is now a professor at the Beijing National Laboratory for Condensed Matter Physics and the Institute of Physics, Chinese Academy of Sciences.

“We then needed to analyze these results and compute their topological properties based on our newly developed topological quantum chemistry methodology," said Luis Elcoro, a professor at the University of the Basque Country in Bilbao, Spain.

The authors wrote several sets of codes that obtain and analyze the topology of electrons in real materials. The authors have made these codes available to the public through the Bilbao Crystallographic Server. With the help of the Max Planck Supercomputer Center in Garching, Germany, the researchers then ran their codes on the 25,000 compounds.

"Computationally, it was pretty incredibly intensive stuff," said Nicolas Regnault, a professor at École Normale Supérieure, Paris, and a researcher at the French National Center for Scientific Research. "Fortunately, the theory showed us that we need to compute only a fraction of the data that we needed previously. We need to look at what the electron 'does' only in part of the parameter space to obtain the topology of the system."

Claudia Felser, a professor at the Max Planck Institute for Chemical Physics of Solids in Dresden, Germany, had earlier predicted earlier that even gold is topological. "A lot of the material properties that we know — such as the color of gold — can be understood through topological reasoning," Felser said.

The team is now working to classify the topological nature of additional compounds in the database. The next steps involve identifying the compounds with the best versatility, conductivity and other properties, and experimentally verifying their topological nature. "One can then dream about a full topological periodic table," Bernevig said.

An article accompanying the database was published in the journal Nature on Feb. 28.

Luis Elcoro was supported by the Government of the Basque Country (project IT779-13), the Spanish Ministry of Economy and Competitiveness (MINECO), and the European Fund for Economic and Regional Development (FEDER; project MAT2015-66441-P). Maia G. Vergniory was supported by MINECO (project IS2016-75862-P).

B. Andrei Bernevig and Zhijun Wang acknowledge support for the analytical work from the U.S. Department of Energy (DE-SC0016239), a Simons Investigator Award, the David and Lucile Packard Foundation, and the Eric and Wendy Schmidt Transformative Technology Fund. The computational part of the Princeton work was performed under the National Science Foundation (NSF) Early-concept Grants for Exploratory Research (EAGER): DMR 1643312 NOA-AWD1004957, ONR-N00014-14-1-0330, ARO MURI W911NF-12-1-0461 and NSF-MRSECDMR-1420541.