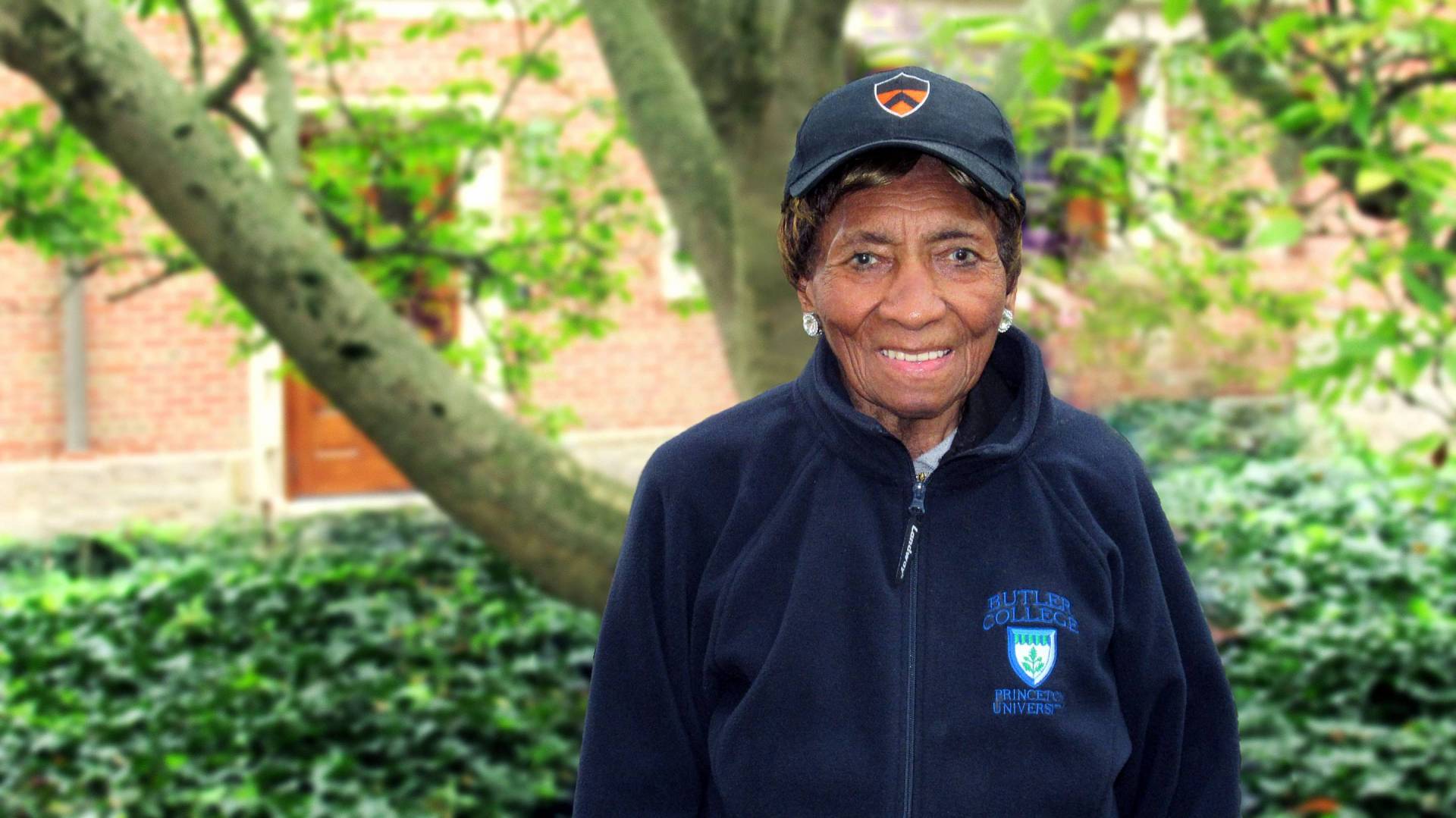 Laura Wooten, a staff member who worked at Princeton for 27 years, was also the longest-running U.S. poll volunteer. She died on March 24 at the age of 98.

Laura Wooten, who worked for more than 27 years as a food service worker at Butler College, one of Princeton’s six residential colleges, died March 24. She was 98.

Beloved by students, staff and faculty, she checked students’ meal cards at the entrance to the dining hall and engaged everyone she met in sincere, lively conversation.

Wooten was born on Dec. 19, 1920, in Goldsboro, North Carolina. She graduated from Princeton High School in 1939. She was an elder of the First Baptist Church of Princeton. She joined Princeton after retiring from Princeton Medical Center at the age of 72.

Two of her grandsons work at the University: Isaac Love III, a custodian in Building Services, and Caasi Love, assistant director of finance and planning, School of Engineering and Applied Science. They are among Wooten’s 16 grandchildren; she also had 31 great-grandchildren and one great-great grandchild.

View or share comments on a blog intended to honor Wooten’s life and legacy.

Wooten held the record as the longest, continuously serving poll worker in the United States, having volunteered at local, primary and general election polls for 79 years.

She volunteered at several polling locations in Princeton throughout the decades until moving to Lawrence Township, where she volunteered at the polls at the firehouse on Lawrence Road. For Wooten, election day was a long day — the polls open at 6 a.m. and close at 8 p.m.; Wooten would rise at 4 a.m. to get ready and never missed an Election Day.

New Jersey Gov. Phil Murphy lauded Wooten as a “moral voice of the state” in a recent speech. Wooten has been recognized for her service by the New Jersey State Senate, Princeton Borough and a number of organizations including the League of Women Voters of New Jersey; the National Association of Secretaries of States; the New Jersey chapter of the NAACP; and the National Newspaper Publishers Association, a trade association of more than 200 African American–owned community newspapers in the United States. 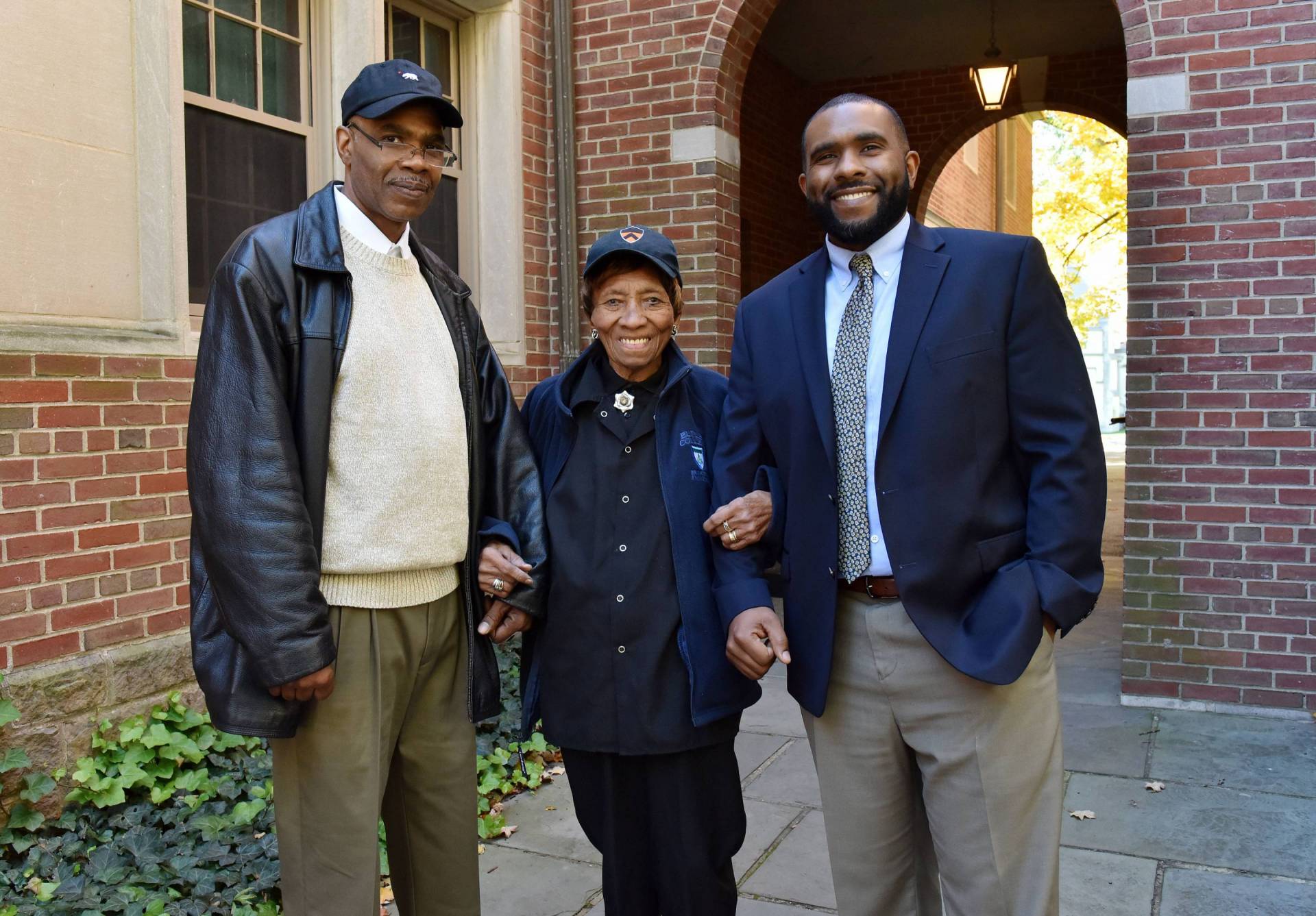 Wooten takes a stroll on the Princeton campus in 2018 with two of her grandsons who work at the University: Isaac Love III (left), a custodian in Building Services, and Caasi Love (right), assistant director of finance and planning in the School of Engineering and Applied Science. Wooten had 16 grandchildren, 31 great-grandchildren and one great-great grandchild.

In the following Q&A, published on the University homepage on Oct. 29, 2018, the week before Election Day 2018, Wooten reflected on the importance of encouraging young people to vote, her early memories of segregation, and why no one should stay home on Election Day. A condensed version of this story appears in Princeton’s #TellUsTigers Instagram series.

Who sparked your interest in volunteering at the polls?

I’ve been volunteering at election polls since I was 18. That was 1939, the year I graduated from Princeton High School. My uncle was running for justice of the peace in Princeton and he asked me if I wanted to be a challenger — the challengers sat at a table at the polls with a list of the voters. People would come in to vote and the challengers would check their name off the list. And a driver would go around and pick up the people who hadn’t voted at their homes and bring them to the polls so they could vote. At that time, quite a few people voted. More than they do now.

How do you define the right to vote?

Voting is your voice so if you don’t go out and vote for things, there will never be any changes. That’s the only way you’ll get changes, is to vote. The privilege in a democracy of being able to vote means a lot to me. Some people use the excuse “My vote doesn’t count.” Well of course it’s not going to count if you don’t vote!

What do you tell Princeton students about voting?

I encourage the young people to vote. If they’re not registered, I say go register, if they’re of age. And I tell them to bring their friends along and have them register too. Not only that, they can also volunteer to work at the polls, they always need help at the polls.

How about others besides students?

All women and black women should really vote because they were the last to get the right to vote. My mother voted until she became ill — she was more than 80 years old. And my husband used to vote before he passed. I have five children and 16 grandchildren and I try to get all of them to vote.

What have you observed about how voting brought about change in Princeton?

I’ve lived in Princeton my whole life — I remember horse and carriages on Nassau Street, and the trolley that went from Witherspoon Street to Trenton, where the stores were.

The schools in Princeton were segregated [until 1948]; they had one school on Quarry Street for the blacks and the whites had two schools other than Catholic and private schools.

Before I came to work at Princeton, I worked at Princeton Hospital for 18 years. The hospital was segregated, the blacks had one section, the whites had another section. We had one black doctor, he lived right around the corner from me. He could put you in the hospital but he could not come see you because all the doctors and nurses were white. The blacks who worked there worked in the kitchen. Or they worked in center supply, like I did. That’s when they didn’t have anything disposable. We washed everything — and I mean everything — by hand and did up all the OR packs and maternity packs and then we’d autoclave them. We washed each pair of gloves that the doctors and nurses used in the washing machine and dried them in a dryer. Then they were put in pairs, sealed in a wrapper and autoclaved. I don’t know what year it was but voting changed all that. Then I became a nurse’s aide. I retired from there in 1988.

You’ll be 98 in December. We have to ask — what’s your secret to a long life?

My secret to long life is eating healthy food, no alcohol and no smoking.

Any last message about voting?

Don’t stay home and say your vote doesn’t count. Without voting, there won’t be any changes. Another vote makes a difference.