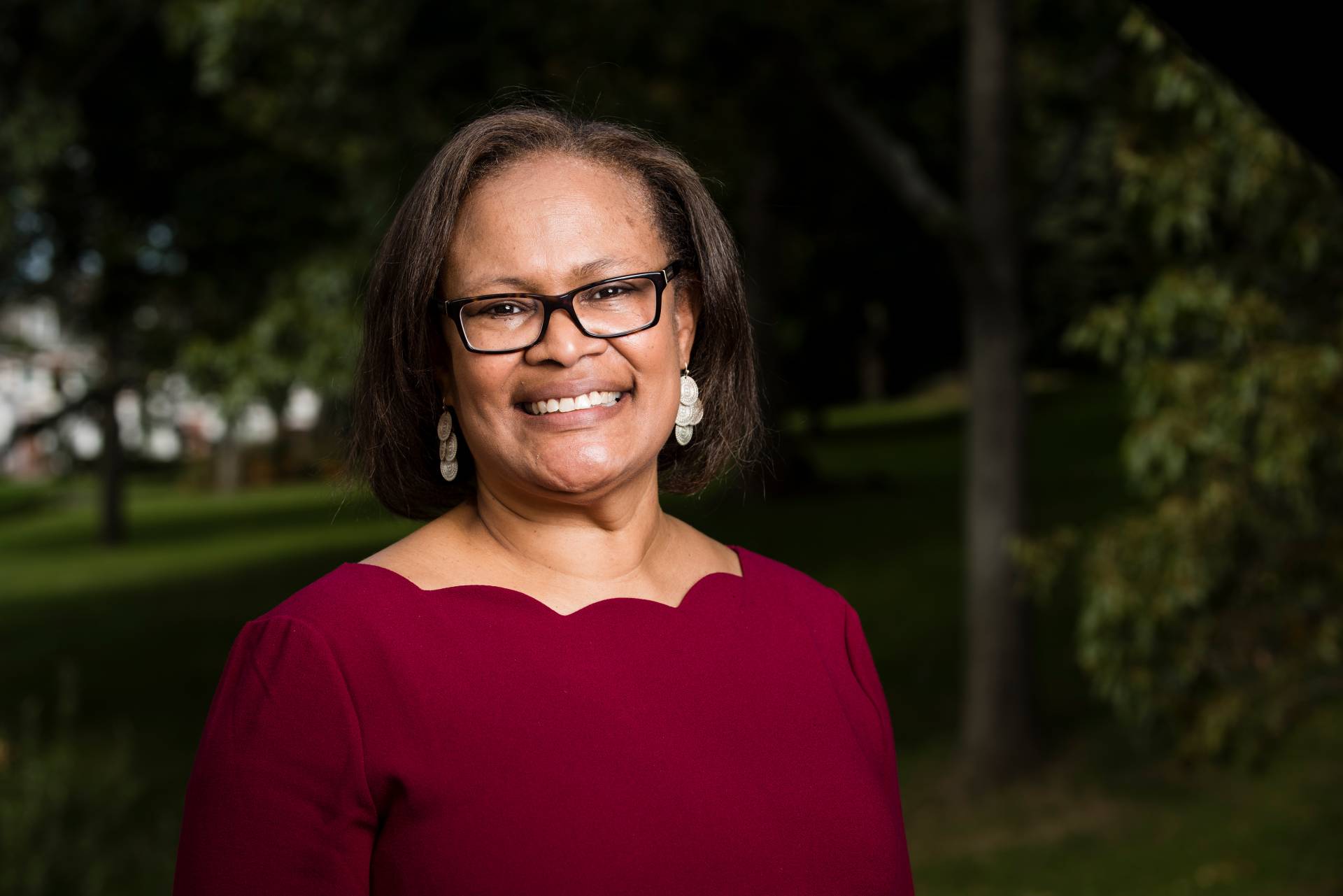 Karen Richardson, a leader in college admissions and a Princeton graduate and native of New Jersey who was among the first generation in her family to attend college, has been named dean of admission at Princeton University. She will start in her new role on July 1.

President Christopher L. Eisgruber recommended the appointment, which was approved by the Board of Trustees.

Richardson currently is dean of admissions and enrollment management at Tufts University in Massachusetts, which has more than 5,500 undergraduates and nearly 6,000 graduate and professional students.

Richardson, who comes from the small town of Roebling, is a member of Princeton’s Class of 1993. She graduated with a bachelor’s degree in politics and has a master’s degree from the Harvard Graduate School of Education.

From 2002 to 2004, Richardson was assistant dean for undergraduate admission at Princeton, focusing on diversity recruitment efforts.

“Karen Richardson has a remarkable track record as a pioneer in the field of college admissions,” said Eisgruber. “Her professional experience at the helm of the Tufts admissions office, her heartfelt commitment to diversity and inclusion, and her deep knowledge of this University make her an ideal leader for our Office of Admission. We are fortunate that Karen is returning to Princeton, and I look forward to working with her to bring talented students of all backgrounds to this University.”

“I’m thrilled to be taking on this role at a place that has been so impactful on my life,” said Richardson. “Attending Princeton was a transformational experience, and the opportunities I was given here have opened so many doors in my career in education. I’m looking forward to giving back and to working with the admissions team to continue to attract stellar applicants and craft great classes for the University.”

Richardson succeeds Janet Lavin Rapelye, who became president of the Consortium on Financing Higher Education in November 2018, after 15 years at Princeton.

Jill Dolan, dean of the college and acting dean of admission, chaired the search committee for the new dean, which included faculty, staff and students.

“Colleagues across campus will benefit from Karen’s work recruiting and admitting future classes of Princeton students,” said Dolan, who is also the Annan Professor in English and a professor of theater in the Lewis Center for the Arts. “Karen has helped to pioneer new ways of vetting increasing numbers of applications and she’s known across the field as a person of high integrity and good judgment. The search committee was impressed with Karen’s compassion and kindness, as well as her innovative ideas and acute insights into this rapidly evolving field.”

Richardson has served in a number of admissions roles at Tufts over the past decade before becoming dean in 2016.

In 2014, she became director of graduate admissions. In that role, she successfully expanded graduate student recruitment and increased efficiency in application processing and on-campus information sessions.

Richardson joined Tufts in 2008 as director of diversity recruitment and helped reimagine a campus visit program and increased outreach to community-based organizations and high schools. Her efforts helped increase the number of applications to Tufts from underrepresented students and first-generation students.

Richardson’s career in education also has focused on K-12 public school administration. From 2005 to 2008, she served as deputy superintendent of Boston Public Schools (BPS), where she reorganized the Office of Family and Community Engagement in response to community demand for more family involvement in the district’s schools. She also was a program director with the BPS Office of Teaching and Learning and director of the Exam School Initiative.

In the late 1990s, she worked as program director for Young Negotiators in Boston and with Jumpstart in Washington, D.C.

Richardson has served on the Board of Directors of the Common Application since summer 2018.

As a Princeton student, Richardson was a resident adviser at Forbes College. She sang in the Gospel Ensemble, worked at Princeton-Blairstown Center, was a Big Sister, and worked in the Office of Admission as a federal work-study student.