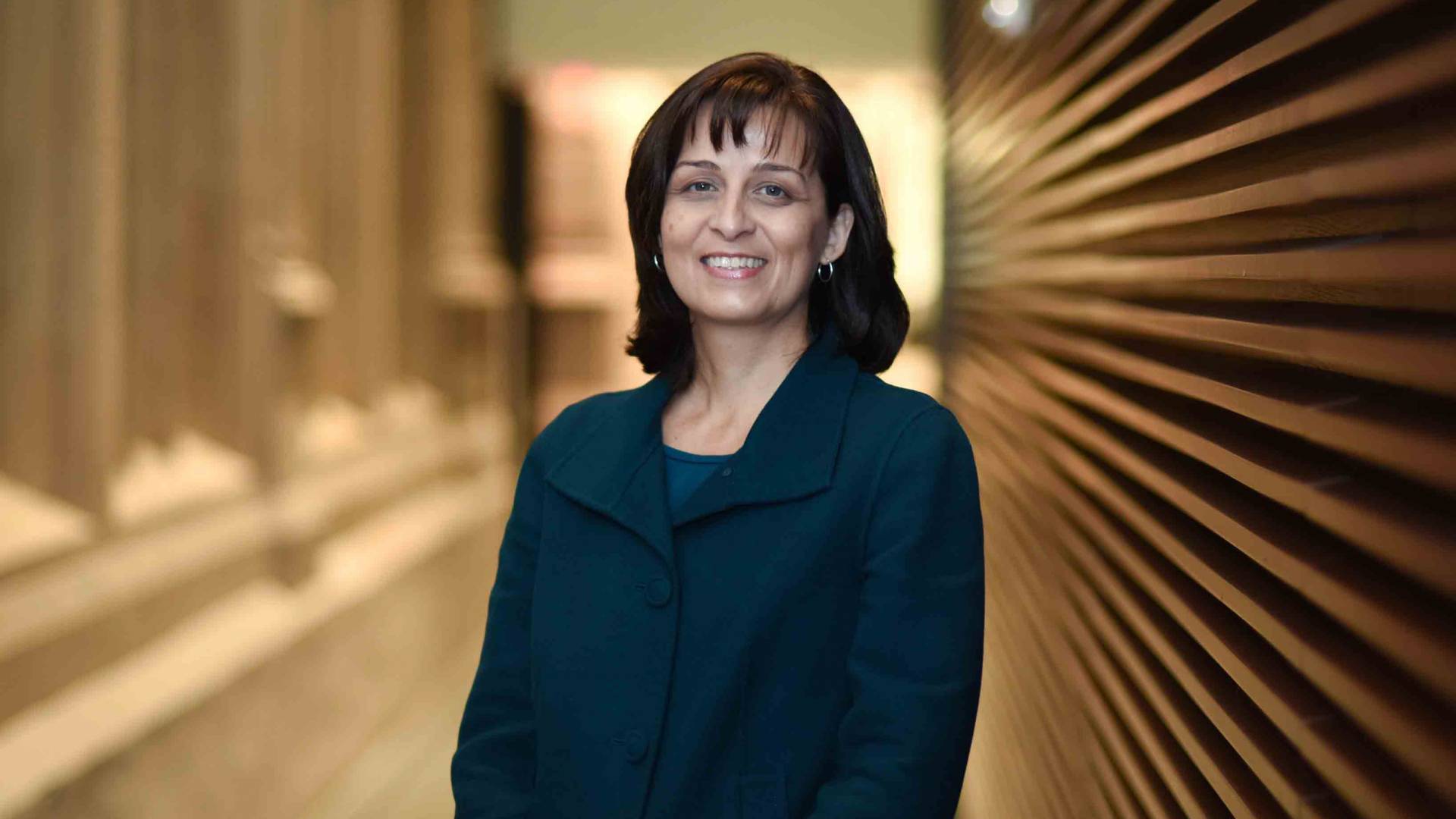 Smith has served as associate dean and director of diversity outreach for Princeton’s Undergraduate Office of Admission since April 2013. In her new position at the Woodrow Wilson School, Smith will oversee the operations of the Graduate Admissions Office.

“We are delighted Sonya has accepted the position of director of admissions,” said Dean Cecilia Rouse. “She brings to this position invaluable expertise and effective recruitment strategies, especially those that support racial, socioeconomic and cultural diversity.”

In her new role, Smith will direct the admissions process for the Master in Public Affairs and Master in Public Policy programs, and will provide admissions support for the Ph.D. in Public Affairs. She will also guide recruitment for the Junior Summer Institute, a program aimed at preparing undergraduate students from schools across the country — particularly those from underrepresented populations — for graduate study in public policy.

Smith will manage a committed four-person staff and oversee planning, budgeting and operational line responsibility, as well as build and maintain collaborative relationships with campus and external constituents and stakeholders. She will report to Karen McGuinness, associate dean for graduate education.

“The Graduate Admissions Office collaborates closely with our Graduate Program staff and our Career Services team," McGuinness said. "We all look forward to the energy and leadership Sonya will bring to our admissions office. Her focus on diversity outreach is consistent with our goals of recruiting and preparing a diverse student body for careers in public service, and we are all enthusiastic about her joining the team.”

In her most recent role at Princeton, Smith reported to Dean of Admission Janet Lavin Rapelye and was part of the dean’s leadership team, where she oversaw the office’s diversity outreach and initiatives. This included building relationships with community-based organizations, leading office trainings, developing new publications, hosting online webinars and initiating new travel programming. She also oversaw the in-house admission process for QuestBridge, an organization that works with low-income high school scholars.

During Smith’s tenure, Pell grant representation in the entering class grew from 14.5 percent in 2013 to 22 percent in 2017. In addition, this year’s first-year class, the Class of 2021, is also Princeton’s most diverse with 17 percent first-generation college students and 46.5 percent students of color.

From 2006 to 2008, Smith was assistant dean in Princeton’s Office of Admission. Throughout her tenure at Princeton, she has managed the reading and admissions decisions for undergraduate applicants from Arizona, Northern California, Southern California, Colorado, the District of Columbia, Guam, Maryland, Utah, Nevada, New Mexico and Virginia.

“Princeton’s Woodrow Wilson School is unparalleled, and I’m thrilled to be joining this community that so well represents Princeton’s spirit of ‘in the nation’s service and the service of humanity,’" Smith said. "It’s an honor to be able to recruit and enroll the best graduate students who will become our future leaders and shape our world, and there’s no place better than Princeton to do this work.”

Prior to her positions at Princeton, Smith worked in Stanford’s Office of Undergraduate Admission as assistant dean for alumni volunteer relations and associate director of marketing and communications. Before that, she served as director of college counseling and department chair at Sage Hill School. She also worked at Reed College, first as assistant dean and then as associate dean, as well as serving as director of the college’s Multicultural Resource Center.

Smith was featured in the Princeton Portraits Project. She succeeds John Templeton, who retired after working at the University for nearly 30 years.