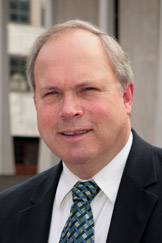 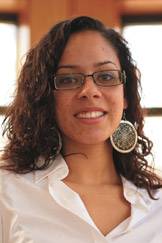 John Templeton, assistant dean for graduate admissions in the Woodrow Wilson School of Public and International Affairs, received the Journey Award for Lifetime Service, and Anna Almore, a member of the class of 2008, received the Journey Award for Special Achievement at the University's King Day ceremony in Richardson Auditorium of Alexander Hall.

Members of the University community nominated candidates based on their support for King's philosophy and teachings and their contributions to the improvement of civil rights and/or human rights. Preference was given to candidates who have positively affected the University campus and/or community. Members of the MLK Day Committee judged the nominations, and Princeton President Shirley M. Tilghman selected the finalists. The awards, instituted in 2005, include a commemorative plaque; the lifetime award also includes an engraved wristwatch.

Templeton has served in admission roles at Princeton for more than 20 years, with a commitment to increasing access to education for historically underrepresented groups. He has served as director of graduate admissions at the Wilson School since 1994, leading the admissions process for master's and doctoral degree programs and playing a prominent role in the school's Junior Summer Institute -- a program for students pursuing careers in public and international affairs -- from 1994 to 2003. Over the years, Templeton has been lauded by students for his mentorship.

"At Princeton, John has made it his mission to open the doors of our University community to students of color and ensure that they have the support they need to flourish on our campus and, indeed, beyond," Tilghman said in presenting Templeton with the award. "Through the policies he has developed and espoused and the exceptional mentoring he has provided, John has given students who have traditionally been underrepresented on our campus a stronger voice and a greater sense of belonging than ever before."

Under Templeton's purview, during the past decade the percentage of alumni of color of the Wilson School increased by 81 percent over the previous decade. Also for the past 10-plus years, Templeton has supported the school's annual Students and Alumni of Color Symposium, which enables current students and graduates to develop a professional support network.

"John's philosophy is that education means opportunity," Anne-Marie Slaughter, dean of the Wilson School, wrote in nominating Templeton for the award. "He is passionate about giving that avenue to opportunity to as many underprivileged applicants as possible and to have the graduate student body of the Woodrow Wilson School reflect the face of America. He believes that by encouraging a diverse cadre of leaders who are culturally aware and socially sensitive to go on to careers in public service, that the Woodrow Wilson School will strengthen the leadership capacity of government and nonprofit organizations throughout the world. Indeed, he has made that his life's mission."

Templeton came to Princeton in 1987 in the undergraduate admission office, where he directed its minority recruitment program from 1990 to 1994. He expanded that program in particular by increasing visits made by Princeton students to diverse high schools.

Born in Wisconsin and raised in California, Templeton majored in history at Whitman College in Walla Walla, Wash., and earned a master's degree in education at Stanford University. He worked in secondary schools for 12 years before coming to Princeton.

Almore has been involved in various campus and community activities, with a particular emphasis on expanding access to higher education for students from underresourced backgrounds.

"Since joining our University community, Anna has made 'inclusiveness' her watchword," Tilghman said.

Almore was a freshman mentee in the Black Student Union's Leadership and Mentoring Program (LAMP) when she started hosting and tutoring high school students in Princeton's Witherspoon neighborhood. Now, she is the senior adviser of LAMP and has hosted almost 1,000 students from the tri-state area on Princeton's campus.

"By personally encouraging many such students to consider college and easing the transitions of those who enter Princeton, she is making both our University community and American society in general a more inclusive and therefore a better place," Tilghman said.

In 2006, Almore received the Peter Goldsmith Award for her efforts on behalf of LAMP and other activities. She also founded the Ignite Student Outreach Program, served as co-chair of the Undergraduate Student Government's U-Council and as a board member of Princeton Admission Links, and worked as a teacher's assistant for the Princeton University Preparatory Program.

Vice President for Campus Life Janet Dickerson wrote in nominating Almore for the award: "Anna has been actively engaged in campus and community activities since early in her freshman year, and her efforts to reveal the 'beloved community' within Princeton and the surrounding community have been exceptional. ... She is a mature and influential young woman who has enriched the University by her presence."

Almore is an English major and a certificate candidate in African American studies and American studies. Originally from Denton, Texas, she attended Midlothian (Va.) High School, and aspires to work for Teach for America before attending graduate school in sociology.