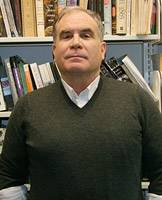 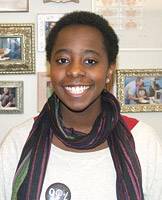 Centeno, a professor of sociology and international affairs who came to the University in 1990, received the Journey Award for Lifetime Service for his role in helping provide disadvantaged students with the skills they need to apply and succeed at selective colleges and universities. Mukasa received the Journey Award for Special Achievement for her work improving the Princeton community for women, students of color and lesbian, gay, bisexual and transgender (LGBT) students.

The awards were presented at the University's King Day ceremony in Richardson Auditorium at Alexander Hall. Candidates were nominated by University community members based on their support of King's philosophy and teachings, as well as the candidates' contribution to the improvement of civil rights and/or human rights. Preference was given to candidates who have positively affected the campus and/or the community. Members of the MLK Day Committee judged the nominations, and University President Shirley M. Tilghman selected the finalists. The awards, which were instituted in 2005, include a commemorative plaque; the lifetime award also includes an engraved wristwatch.

Centeno co-founded the Princeton University Preparatory Program (PUPP) with former Program in Teacher Preparation director John Webb in 2000. Centeno has been instrumental in building the program, which prepares high school students who come from traditionally underrepresented socioeconomic backgrounds to become more competitive in their bid for admission to selective colleges and universities. Since the first PUPP class graduated in 2004, about 160 students have enrolled at more than 50 institutions, with 12 graduates attending Princeton — one of the largest groups among all schools where PUPP alumni have enrolled. PUPP graduates have a college retention rate — either completing a degree or holding good standing at their institutions — of more than 90 percent, several times the national average for their socioeconomic group.

"None of this would have happened without Miguel's initial leadership, rooted in his personal experience as a 10-year-old Cuban refugee who was raised by a single parent in a neighborhood where college was the last thing on people's minds," Tilghman said in presenting Centeno with the award. "With a relative's encouragement, he applied to Yale University, where he ultimately earned his doctorate. Having made this challenging journey, he is profoundly committed to helping others make it, too."

Beyond his work with PUPP, Centeno works tirelessly to be a friend and mentor to those who may feel out of place at Princeton. He has served as master at Wilson College and has taught in the Freshman Scholars Institute, a summer preparatory program for incoming Princeton students.

Christina Paxson, dean of the Woodrow Wilson School of Public and International Affairs, sought perspectives from Centeno's peers and students in nominating him for the Journey Award. "I was particularly struck by the comments of the students whose lives he changed," Paxson said. "I have always known Miguel as someone with a great deal of compassion. I have to confess that, until now, I did not appreciate just how outstanding a person he is."

Mukasa, a sociology major, has been a vocal and visible leader for equality in the Princeton community. For two years, she has been co-chair of the LGBT Task Force, a group of students, faculty and staff that advocates for the campus LGBT community. She also has led efforts to make the eating clubs more welcoming to LGBT students; currently assists in coordinating the LGBT Peer Education program and has been a peer educator herself for three years; and has led projects that have provided outreach to faculty and staff as well as alumni.

"Similar to Martin Luther King, she is a change agent focused social justice issues, fighting oppression and improving all communities of which she is a part," said Debra Bazarsky, director of Princeton's LGBT Center, in presenting Mukasa with the award. "She has an infectious enthusiam that inspires and empowers others to become involved. She thinks big and draws others into her vision and excitement."

"The Journey Award recognizes work that furthers MLK's commitment to civil and human rights," said Jill Dolan, director of the Program in Gender and Sexuality Studies, in supporting Mukasa's nomination. "That she can claim her American citizenship as an LGBT person of color so proudly is a remarkable and important accomplishment. That she can spend so much of her time and energy furthering the civil rights and dignity of queer people on campus is very much to her credit."