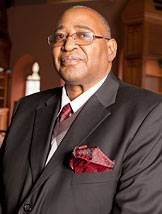 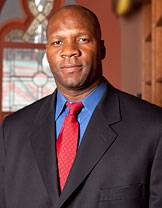 Thomas Parker, a mail carrier who has worked at the University since 1979, received the Journey Award for Lifetime Service for his role as an advocate and adviser to co-workers and for his dedication to community service. Josue Lajeunesse, a janitor who has been at Princeton since 1995, received the Journey Award for Special Achievement for his work to bring clean drinking water to his family's village in Haiti.

The awards were presented at the University's King Day ceremony in Richardson Auditorium of Alexander Hall. Members of the University community nominated candidates based on their support for King's philosophy and teachings and their contributions to the improvement of civil rights and/or human rights. Preference was given to candidates who have positively affected the University campus and/or community. Members of the MLK Day Committee judged the nominations, and Princeton President Shirley M. Tilghman selected the finalists. The awards, instituted in 2005, include a commemorative plaque; the lifetime award also includes an engraved wristwatch.

Parker, who is president of Princeton's Service Employees International Union (SEIU) Local 175, long has been active in labor relations at the University and frequently advises his fellow staff members on employment and life issues. Parker has collaborated with the Office of Human Resources on initiatives such as establishing minimum-wage standards for University employees; founding the SEIU Summer Transfer Program, which places service employees in trade shop positions for the summer to enhance their skills; and establishing labor management councils to build partnerships between University managers and union leaders.

"Like Dr. King, he has given eloquent expression to the needs and aspirations of those whose voices often go unheard, while simultaneously building bridges between labor and management that have served both parties well," Tilghman said in presenting Parker with the Journey Award. "He has, for example, avoided 'positional bargaining,' with its dual demands and protracted negotiations, in favor of trust-building and information-sharing as he seeks new ways to improve the work experience and future prospects of the staff he represents."

In addition to his community-building efforts at the University, Parker has worked tirelessly off campus. He has coached local sports teams for more than 30 years; co-founded Committed Princetonians, a youth mentoring and educational support program for the John-Witherspoon neighborhood, along with Edward Vernon Jr., Jerome McGowen and Lawrence Parker; advocated for the interests of local senior citizens and youth as the human services commissioner for Princeton; and has been involved with civic rights initiatives and organizations by serving as past chair of the Joint Civil Rights Committee in Princeton and facilitating dialogues on race relations, police and community relations, and the minority achievement gap, among other activities.

"Tommy's determination to help his neighbor, his community and his nation fulfills the ideals and vision of Dr. Martin Luther King Jr., and it reminds us of Dr. King's words, 'All labor that uplifts humanity has dignity and its importance should be undertaken with painstaking excellence,'" Pierre Joanis, director of client services in the Office of Human Resources, wrote in nominating Parker for the Journey Award.

Lajeunesse, who is a lead janitor in Whitman College and other dormitories, was featured in the award-winning documentary "The Philosopher Kings," which tells the stories of eight janitors at universities across the country under the premise "in search of wisdom in unlikely places."

After serving in the military in Haiti, Lajeunesse moved to the United States in 1989. He was born in the village of Lasource, where residents once traveled to a nearby mountain for clean water. While in the military in Haiti, Lajeunesse said he was able to get the government to commit to bring water to his village, but the project never happened because of political unrest. Lajeunesse began sending funds to his brother in 2003 so the two could take on the water project themselves. They have brought a clean water source closer to the village and, through their efforts and publicity from "The Philosopher Kings," have raised money to build cisterns so more villagers can have access to fresh water in their homes.

"Today he is pursuing new ways of helping his village, from health care to education -- working quietly and without any expectation of reward," Tilghman said in presenting Lajeunesse with the Journey Award. "In the process, he has upheld a number of important truths -- that our responsibility for others extends far beyond our immediate family, and that even those with few material advantages can make a significant difference in the world."

Lajeunesse drives a taxi until the early morning hours after finishing his duties at Princeton to support his five children, who live with him in New Jersey, and his extended family in Haiti. Jonathan Baer, director of Building Services, lauded Lajeunesse's work ethic and commitment in nominating him for the Journey Award.

Before the release of the documentary, "few of us would have ever known about his work in Haiti because he did it privately, with great humility, and at his personal expense," Baer wrote. Since the film's release, Lajeunesse "has been the subject of numerous articles, interviews and, importantly, casual conversations with our students. They have seen him conduct himself with class and grace. They have seen that it is, in fact, more blessed to give than to receive."