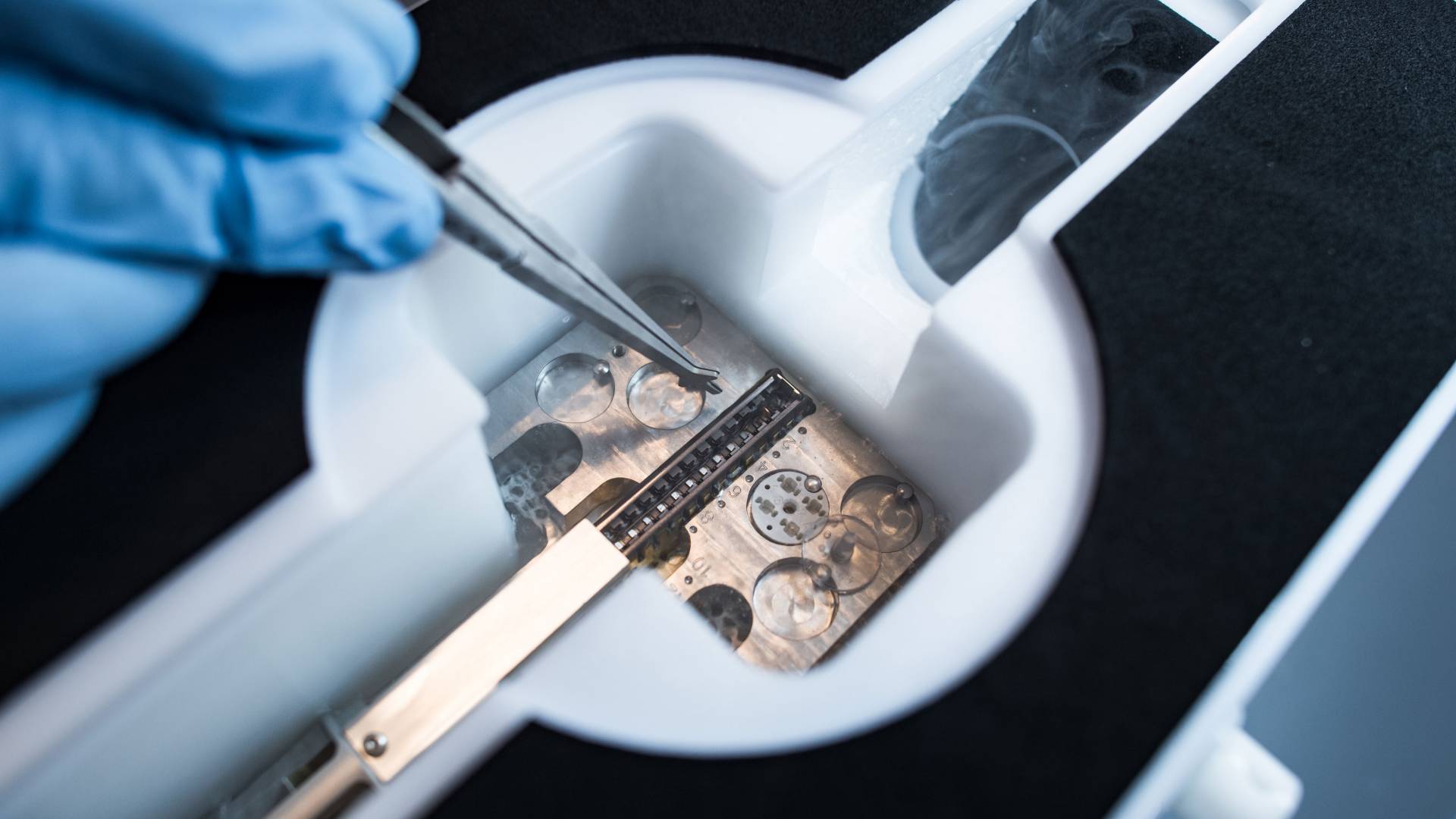 A newly funded project through the Dean for Research Innovation Funds will explore ways to use a powerful technique known as cryo-electron microscopy to learn more about how proteins function.

A wide-ranging collection of new research projects from disciplines across campus have been selected to receive Princeton funding through the Dean for Research Innovation Funds.

The funding program encourages ideas and collaborations that push the boundaries of conventional areas and may be at too early a stage to find backing from external grants. This year's awards will support a wide range of initiatives in the natural sciences, humanities and social sciences, as well as spurring research collaborations with industry and promoting sustainability research using the campus as a lab.

"Through this mechanism, Princeton demonstrates support for innovative proposals that have the potential to make a difference in their field and across disciplines," said Dean for Research Pablo Debenedetti, the Class of 1950 Professor in Engineering and Applied Science and professor of chemical and biological engineering. "Opportunities like these impact the quality of both the faculty members that we are able to attract to Princeton, and the research that they are able to do once here."

The winning proposals were selected based on their quality, originality and potential for impact through anonymous review by Princeton peers knowledgeable in the discipline being explored.

New ideas in the natural sciences 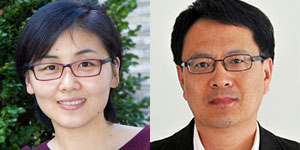 Nieng Yan, Princeton's Shirley M. Tilghman Professor of Molecular Biology, and Nan Yao, senior research scholar at the Princeton Institute for the Science and Technology of Materials and director of the Imaging and Analysis Center, will lead the development of a new twist on a powerful technique, known as cryo-electron microscopy, to observe the workings of channels in the cell membrane that control the flow of charged atoms, or ions. To see these tiny structures using cryo-EM, researchers must first separate the proteins from the cell membranes, but this step destroys the ability to respond to electrical signals.

Yan and her team plan to restore the electrical responsiveness by innovating a thin conductive film that will lie under the proteins and provide a voltage. The goal is to learn more about how the channels behave, giving insights into the development of treatments for conditions including chronic pain, epileptic seizures and cardiac arrhythmias.

Building better faces for use in psychology research 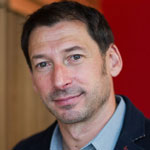 Alexander Todorov, professor of psychology, will apply big data and artificial intelligence to boost the realistic quality of computer-generated human faces for studies of how we perceive factors such as trustworthiness and competence as well as emotions such as anger and sadness. Insights into how we form social impressions from faces could help reduce appearance-based discrimination and tackle issues of fairness in society.

The research team, which includes Stefan Uddenberg, postdoctoral research fellow in the Princeton Neuroscience Institute; Joshua Peterson, postdoctoral research associate in the Department of Computer Science; and Jordan Suchow, assistant professor at Stevens Institute of Technology, hopes ultimately to develop an online application so that researchers can tune specific qualities to create highly realistic and diverse faces that can be used widely in psychology research. 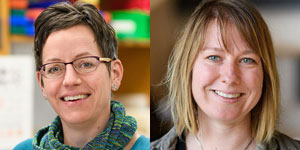 Andrea Graham, associate professor of ecology and evolutionary biology, and Bridgett vonHoldt, assistant professor of ecology and evolutionary biology, will explore how northern elephant seals are able to resist most viruses and bacteria, yet are highly susceptible to a certain parasitic worm. The robust immune system is remarkable given that the seals survived near extinction in the 1900s, which depleted their genetic diversity, including genes considered essential for fighting off pathogens.

The team, which includes Frances Gulland of the University of California-Davis and the Marine Mammal Center in Sausalito, California, will collect blood from healthy and parasite-infected seals to explore the genes and regulatory pathways that underlie immune responses, with the aim of uncovering how the seals maintain health despite depleted genetic diversity.

New ideas in the humanities 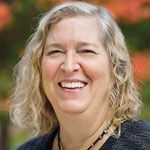 A globally important medieval work of Ethiopian literature will be translated into English at last. The text, Kəbrä Nägäśt (The Glory of the Kings), retells the story of King Solomon and the Queen of Sheba, an African queen who triumphs over Solomon. This text has shaped world events for at least five centuries and is the foundational text of the religious movement known as Rastafari. Wendy Laura Belcher, associate professor of comparative literature and African American studies, and co-researcher Michael Kleiner, a renowned translator and scholar and a Stewart Fellow this spring at the Humanities Council, are collaborating to translate the text from Gəˁəz (classical Ethiopic) into English.

The Dean for Research Innovation Funds will go toward the linguistic, Biblical and historical research required to create an annotated translation that will be of interest to scholars and the public alike. Belcher's work also is supported by the Humanities Council and the Center for Digital Humanities.

Finding the Lost Generation through the books they borrowed 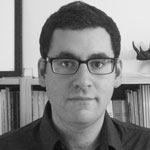 An interactive website will provide scholars and the public with new insights into the Lost Generation, a group of writers and artists that came of age during World War I. The website is based on records, housed at Princeton's Firestone Library, from an English-language book shop and lending library in Paris during the 1920s and ’30s. Writers such as Ernest Hemingway, Gertrude Stein and others borrowed and purchased books from the shop, known as Shakespeare and Company. Working with Princeton's Center for Digital Humanities, Joshua Kotin, associate professor of English, and his team of graduate and undergraduate students have digitized the shop's records and are building a web portal that integrates borrowing histories, financial transactions and maps.

With Dean for Research Innovation funding, Kotin will lead the development of visualizations, lesson plans for undergraduate and high school courses, a conference, and other methods to help researchers and the public draw deeper insights from these materials.

New ideas in the social sciences

Concerns are growing that the algorithms that recommend videos on YouTube and other online video platforms can place viewers in ideological "information bubbles." With more than 1.8 billion users logging in to YouTube every month, the question of whether these platforms further polarize or even radicalize users is critically important. To find out, Dean Knox, assistant professor of politics, Andrew Guess, assistant professor of politics and public affairs in the Woodrow Wilson School, and Brandon Stewart, assistant professor of sociology, are working with colleagues at MIT, Harvard, Duke, Boston University and the University of Georgia to conduct controlled experiments to explore the relationship between media consumption and opinion formation.

With support from the Dean for Research Innovation Fund, the team will expand the study to examine questions such as the role of pre-existing beliefs and whether exposure to diverse perspectives helps individuals moderate their opinions or produces a backlash. 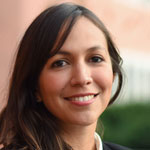 For many women around the world, commuting to work or school entails risks ranging from sexual harassment to violent assault. To improve women's safety, a pilot project in Hyderabad, India, places uniformed and undercover police officers on foot patrol in bus stops, railway stations and markets to monitor gender-based violence and arrest perpetrators. Maria Micaela Sviatschi, assistant professor of economics and public affairs in the Woodrow Wilson School, is leading a project to evaluate the benefits of the pilot program.

With support from the Dean for Research Innovation Fund for New Ideas in the Social Sciences, Sviatschi will work with colleagues at the World Bank, the University of Connecticut, Australian National University, the Ifo Institute for Economic Research in Munich, and partners in Hyderabad to determine whether boosting the safety of public spaces will free women to seek education and employment, thus broadly benefiting the economy. If successful, the intervention could be scaled up for use throughout the region. 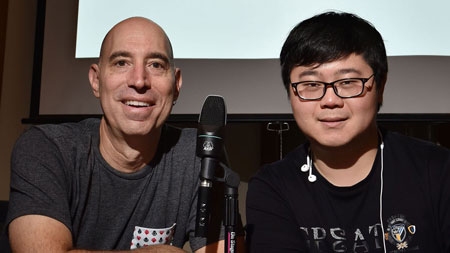 A collaboration between Princeton researchers and Adobe Research — the division of Adobe that shapes early-stage ideas into innovative technologies — seeks to develop advances in deep learning for understanding human dialogue and generating natural-sounding speech, and ultimately enriching human-computer interactions. Deep learning is a type of machine learning in which computer systems solve complex problems by analyzing huge datasets. Already, advances in deep learning have streamlined communication with virtual voice assistants such as Siri and Alexa. However, generating the natural-sounding synthetic speech patterns of a specific person remains challenging. To develop this capability, Adam Finkelstein, professor of computer science, and his team will collaborate with Adobe Research scientists Gautham Mysore, Zeyu Jin and Richard Zhang to improve numerical measures, called loss functions, that indicate how well a machine has learned from training data — a crucial component of deep learning.

The team will design loss functions for speech synthesis based on data gathered from human volunteers asked to judge how natural an audio clip sounds, and compare how similar two audio clips sound. To further improve efficiency and scale, the team will devise ways to enable the machine to learn from human responses in real-time. The resulting datasets aim to improve speech processing and synthesis, and may lead to new applications such as making cellphone-recorded speech sound like a studio recording, and the ability to edit a recorded narration simply by typing text.

Opening up the future of wireless communications

A collaboration between Qualcomm Technologies Inc. and researchers at Princeton aims to open up new capacity for mobile phones and other wireless devices to connect to the internet by expanding use of the electromagnetic spectrum, the "highway" that carries wireless signals. Qualcomm intends to support Princeton researchers who seek to develop circuits capable of harnessing sections of the spectrum difficult to access with current electronics. Kaushik Sengupta, assistant professor of electrical engineering, will coordinate with Qualcomm researchers to design technology for devices that harness the millimeter wave (mm-wave) frequency spectrum.

To make the most of these channels, instead of operating at a fixed frequency like a car stuck in the same lane of traffic, the devices can rapidly switch frequencies like a vehicle weaving in and out of lanes to avoid traffic. With this dynamic use of the spectrum, researchers can build programmable wireless transmitters that allow faster and more flexible communication between the many devices — from autonomous vehicles to health monitors — expected to come online in the near future.

Campus as a Lab

See this announcement, which was made earlier.