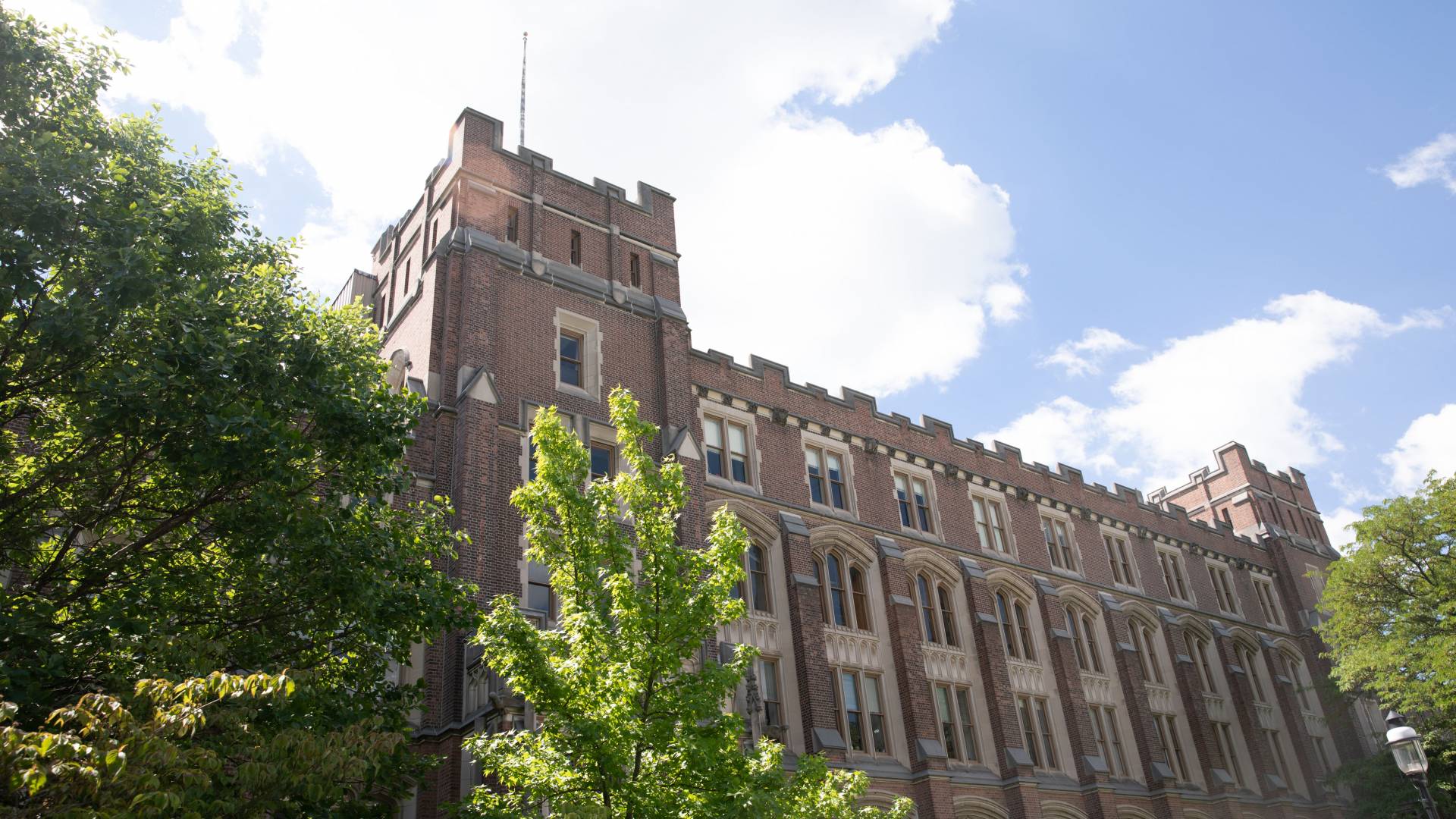 Historic Guyot Hall will be substantially rebuilt and expanded to create a new home for Princeton’s Department of Computer Science, thanks to a gift from Eric Schmidt ’76 and his wife, Wendy Schmidt.

Planned for completion in 2026, the building will be renamed as the Eric and Wendy Schmidt Hall and will consolidate the computer science department — which is currently spread out over nine different buildings — into one purpose-built space.

“Eric Schmidt’s brilliant career as a computer scientist makes the Schmidt name especially fitting for the new home of Princeton’s world-class Department of Computer Science,” said President Christopher L. Eisgruber. “We are deeply grateful to Eric Schmidt ’76, his wife, Wendy Schmidt, and Schmidt Futures for their spectacular vision and generosity. Their extraordinary commitments to this new facility, to the Schmidt DataX Fund, and to the Schmidt Transformative Technology Fund have powerfully enhanced Princeton’s capacity for teaching, innovation and collaboration that open new frontiers of learning and improve the world.”

Earlier this year, the University announced the gift establishing the Schmidt DataX Fund, which will advance the breadth and depth of data science impact on campus, accelerate discovery in three large, interdisciplinary research efforts, and create opportunities to educate, train, convene and support a broad data science community at the University.

Additionally, in 2009 the Schmidts established the Eric and Wendy Schmidt Transformative Technology Fund, an endowment which supports the invention, development and utilization of cutting-edge technology that has the capacity to transform research in the natural sciences and engineering at Princeton.

Eric Schmidt was formerly chief executive officer of Google from 2001 to 2011 and then served as executive chairman of Alphabet Inc, Google’s parent company; he is a member of Alphabet’s board of directors through June. He has also previously served as a Trustee of the University. Wendy Schmidt is a businesswoman and philanthropist. She is the president of The Schmidt Family Foundation and co-founder of Schmidt Ocean Institute.

Eric Schmidt noted that when he earned his undergraduate degree from Princeton in 1976, “I majored in electrical engineering, because computer science was barely an option. Now it’s the largest department at Princeton and data science has the potential to transform every discipline, and find solutions to profound societal problems. Wendy and I are excited to think about what will be possible when Princeton is able to gather students and faculty in one place, right at the center of campus, to discover now-unimaginable solutions for the future century.”

Stu Feldman ’68, Schmidt Futures chief scientist, said “Princeton University’s computer science department is already one of the best in the world, and with this beautiful and larger purpose-built space, it is exciting to imagine how its stature will continue to grow.”

“Princeton recognizes that computational thinking as a mode of scholarship, inquiry and critical thinking is essential across campus,” said Jennifer Rexford '91, the Gordon S. Wu Professor of Engineering and chair of Princeton’s computer science department. “We are deeply grateful for Eric and Wendy Schmidt’s gift, which makes it possible to have a central location for computer science in which we can create intellectual collisions and serendipitous encounters between faculty and among students, creating human connections that spark new ideas across campus and beyond.”

Guyot Hall was built in 1909, and was named for Princeton’s first professor of geology and geography, Arnold Guyot, a member of the faculty from 1854 to 1884. The building’s construction was supported with proceeds from gifts made to Princeton by Cleveland H. Dodge 1879 and his mother to benefit the University’s programs in geology and biology.

Renovations will preserve the original collegiate Gothic architectural details of the building’s exterior, and the Guyot name will be recognized in a new built space located elsewhere on campus which will be associated with Princeton’s environmental science programs. The Schmidts’ gift will come to Princeton from the Schwab Charitable Fund. 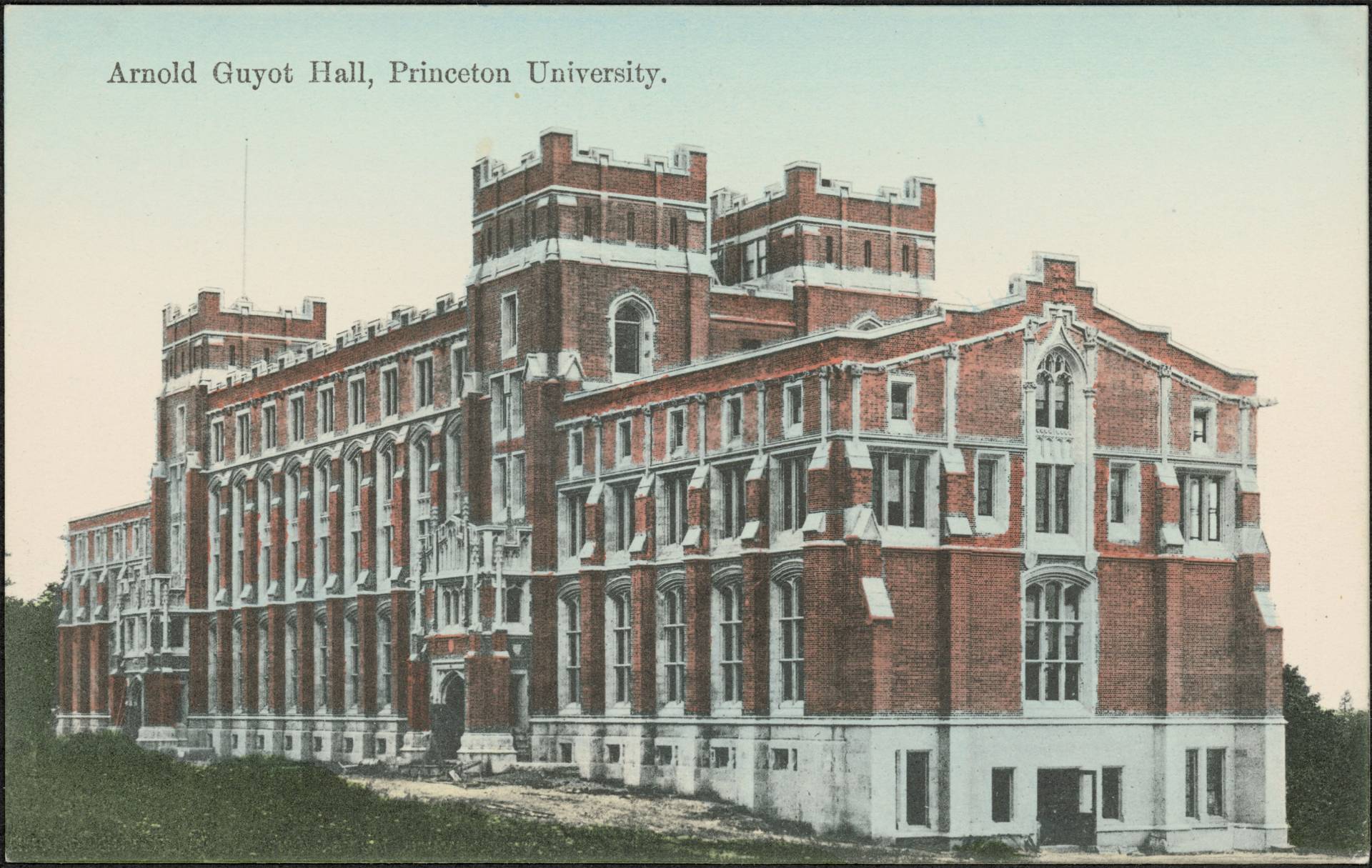