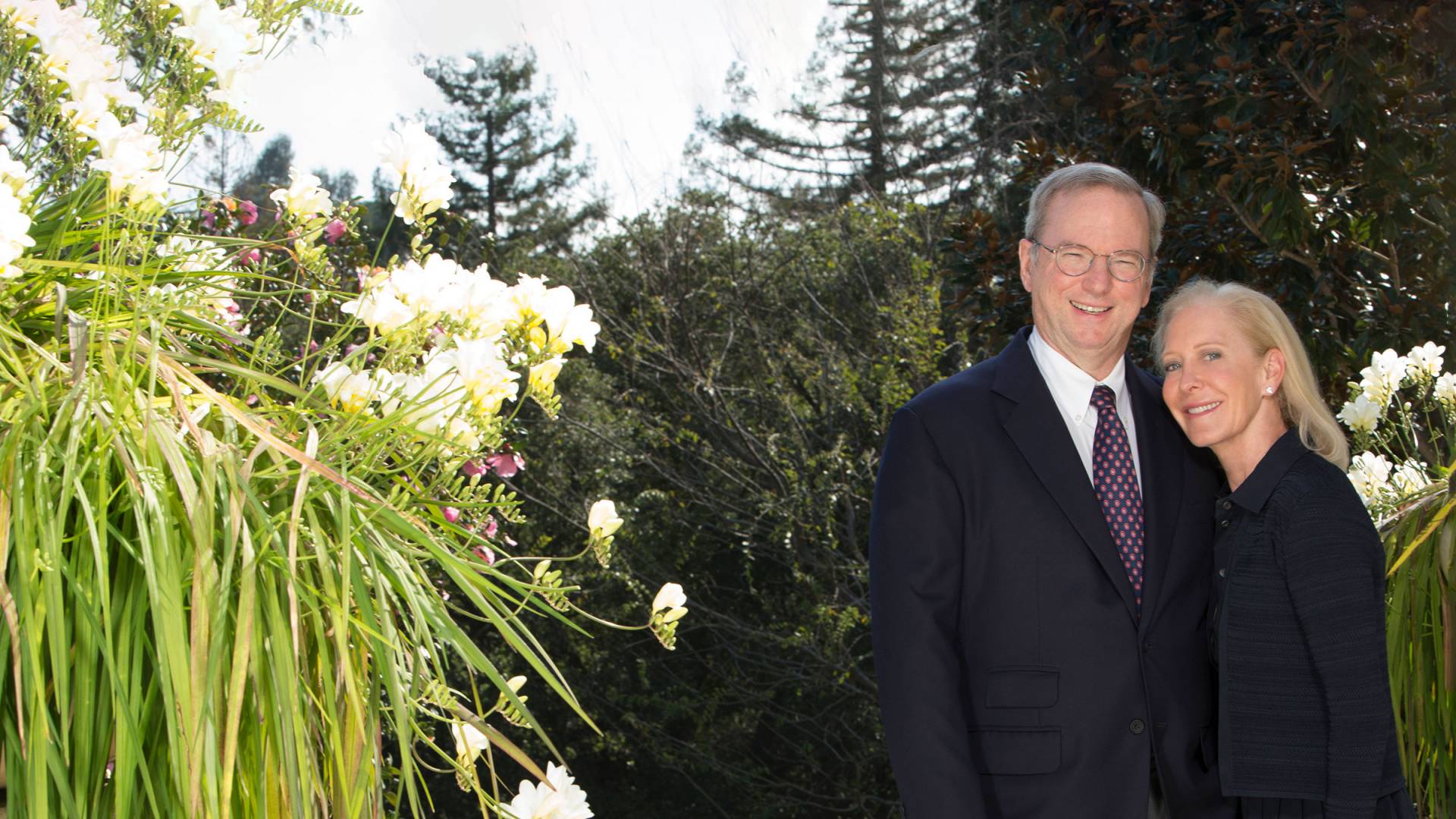 Eric Schmidt, a 1976 alumnus, and his wife, Wendy Schmidt, have endowed a new professorship of Indigenous studies, which expands interdisciplinary research and teaching focused on Indigenous communities around the world.

The endowed position expands interdisciplinary research and teaching focused on Indigenous communities around the world.

A new professorship of Indigenous studies, endowed by a $5 million gift from Wendy Schmidt and her husband, Eric Schmidt, a 1976 alumnus, will build on Princeton’s interdisciplinary strengths and expand its faculty expertise in an area of study that is critically important to the University.

“At a time when people around the globe are giving new and much needed attention to the multiple strands that compose national histories, the Eric and Wendy Schmidt Professor of Indigenous Studies will strengthen a crucial field of teaching and scholarship at Princeton,” said Princeton President Christopher L. Eisgruber. “Wendy and Eric Schmidt are visionary leaders who appreciate the value of university research and the importance of First Nations communities. Their timely gift will enhance understanding of Indigenous peoples, and the issues confronting them, in the United States and beyond. I am deeply grateful to Wendy and Eric and The Schmidt Family Foundation for their generosity and their commitment to bring about a better world.”

Eric and Wendy Schmidt are co-founders of The Schmidt Family Foundation. The foundation’s grant-making arm, The 11th Hour Project, works to create a just world where all people have access to renewable energy, clean air and water, and healthy food. The Princeton gift aligns with the foundation’s growing grant-making in support of Indigenous communities, primarily funding Native-led nonprofits like the First Nations Development Institute and providing direct support to tribes to advance self-determination through food sovereignty, movement building and land stewardship. Wendy Schmidt is also an executive producer of the 2020 documentary, “Gather,” which chronicles a growing effort by the Native American food sovereignty movement to reclaim their cultural identities by re-establishing traditional food systems.

"Eric and I are deeply committed to developing the next generation of leaders and identifying and cultivating talent from all backgrounds — priorities that are closely aligned with Princeton’s,” said Wendy Schmidt, president of The Schmidt Family Foundation. “The thoughtful study of Indigenous cultures is an essential component of society’s reckoning with our own history. It’s our hope that this professorship will play a vital role in advancing that complex conversation and will extend and complement Princeton’s academic and co-curricular activities, including those that engage and amplify the voices of faculty, students and alumni from Indigenous backgrounds.”

The University’s Indigenous scholarship draws faculty from more than 20 academic disciplines from history to American studies, and recent courses range from introductions to Native American and Indigenous studies to classes on Indigenous literatures and languages of the Americas. Princeton has hosted several interdisciplinary conferences that have addressed topics of critical importance for Indigenous peoples, such as the impact of climate change on First Nations communities, and a Princeton website was launched in October in response to growing interest in Indigenous scholarship and to curate resources for faculty and students.

The Eric and Wendy Schmidt Professor of Indigenous Studies will catalyze and unite conversations on indigeneity across disciplines and engage other faculty and students in a broad dialogue. Endowed professorships are Princeton’s highest academic honor for faculty members, bestowed on distinguished professors who combine groundbreaking research with an exceptional ability to inspire students.

Adding a new faculty member is a critical part of the University’s growing focus on indigeneity-related issues such as disparities in health and policy, environmental challenges, language and culture, law and sovereignty, and race and opportunity, drawing on expertise and having impact across Princeton and beyond.

“There is strong and growing interest on campus in Native American studies and Indigenous studies across multiple disciplines,” said Sanjeev Kulkarni, dean of the faculty and the William R. Kenan, Jr., Professor of Electrical Engineering. “This endowed professorship will help expand faculty expertise in Indigenous studies and thereby address questions critical to America and the world; we are very grateful to Wendy and Eric Schmidt for their impactful gift.”

Eric Schmidt is the former chief executive officer of Google and former executive chairman of Alphabet Inc., Google’s parent company. A member of the Class of 1976 who graduated with a degree in electrical engineering, Schmidt previously served as a trustee of the University.

Eric and Wendy Schmidt have been active philanthropists since 2006, when they started The Schmidt Family Foundation to address the global crisis of climate change through grants and impact investments in renewable energy, sustainable agriculture, human rights and marine technology. Since then, they have also founded Schmidt Ocean Institute to advance oceanographic research through the development of innovative technologies. The institute operates the first year-round, seagoing philanthropic research vessel in the world. Most recently, the couple founded Schmidt Futures, a philanthropic initiative that finds exceptional people and helps them do more for others together.

In 2019, the Schmidts announced a $1 billion philanthropic commitment across their philanthropic initiatives “to identify and support talent across disciplines and around the world to serve others and work to solve the world’s most pressing problems.”

The Schmidts have made numerous gifts to the University, most recently Eric and Wendy Schmidt Hall, which will become the new home of Princeton’s Department of Computer Science upon its completion in 2026. They have also established the Eric and Wendy Schmidt Transformative Technology Fund, an endowment that supports the invention, development and utilization of cutting-edge technology to transform research in the natural sciences and engineering; and the Schmidt DataX Fund, which promotes the breadth and depth of data science impact on campus and creates opportunities to educate, train, convene and support a broad data science community at the University. The gift for the new professorship will come to Princeton from the Schwab Charitable Fund, made possible through the generosity of Eric and Wendy Schmidt, in consultation with The Schmidt Family Foundation.

Separately, in honor of the Schmidts’ generosity, former trustee Peter Wendell, a 1972 alumnus, and his wife, Lynn Wendell, a member of the Class of 1977, have established a new permanent fund at Princeton to support research, teaching, or programmatic support for enrolled students, relating to Indigenous groups.