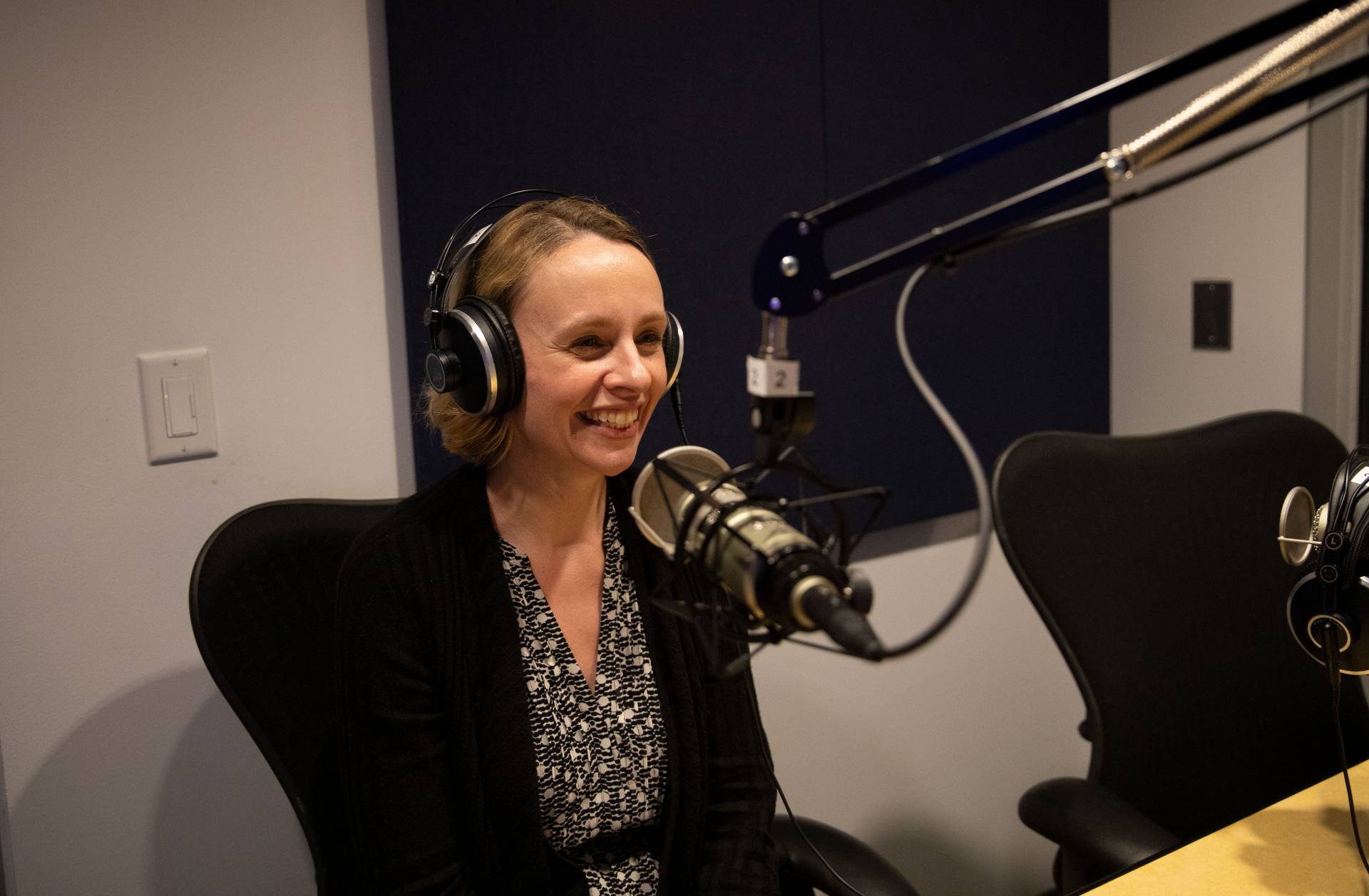 Astrophysicist Jo Dunkley talks in the latest episode of the “She Roars” podcast about studying the origins of the universe — and sharing her love of space with the public.

Jo first came to Princeton as a postdoc in 2006, when she worked on data from the Wilkinson Microwave Anisotropy Probe (WMAP), a space telescope that took the universe’s earliest baby pictures. When she ran her code on that data, she was briefly the only person in the world to know the precise age of the universe. (Don’t worry, she quickly shared the news.)

Now a tenured professor in the department, Jo is not only a world-class scientist, she’s also a world-class science communicator. She recently wrote the extraordinarily readable “Our Universe: An Astronomer’s Guide,” which takes readers on a tour of the known universe, from a stroll through our solar system to gravitational waves, dark matter and beyond.

She talked with us about falling in love with string theory and dark matter, teaching middle school science teachers how to explain the wonders of space, and her heroines of early astronomy, including Vera Rubin and Henrietta Swan Leavitt.