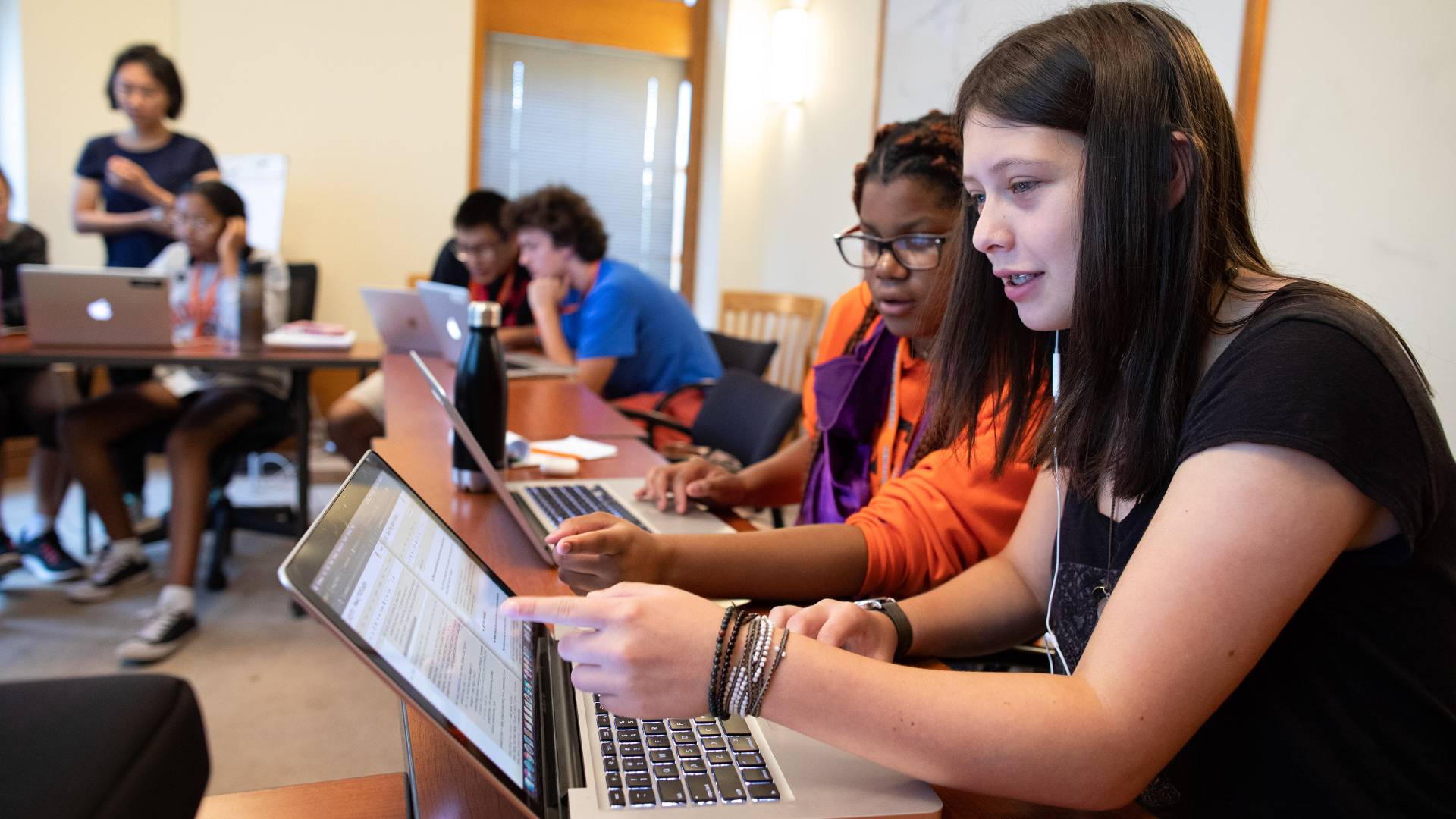 Princeton hosted its second annual AI4ALL camp from July 21 to Aug. 10, bringing 32 high school students from around the country to campus for intensive training, group projects and guest lectures by leading researchers in AI — broadly defined as a branch of computer science that uses computers to make predictions and guide decisions.

Teenagers enjoy the products of artificial intelligence (AI) every day, whether taking a twisted selfie with a photo filter or listening to music with an automated streaming service. But not many high school students have used AI themselves to analyze human genetic variation or track deforestation in the Amazon.

These are two of the challenges undertaken by rising 11th graders as part of this summer’s Princeton AI4ALL program. With the ultimate goal of making AI technology more inclusive and beneficial to society, AI4ALL gives young women and others from underrepresented groups a chance to learn the basics of the field from an early age.

Princeton hosted its second annual AI4ALL camp from July 21 to Aug. 10, bringing 32 students from around the country to campus for intensive training, group projects and guest lectures by leading researchers in AI — broadly defined as a branch of computer science that uses computers to make predictions and guide decisions. 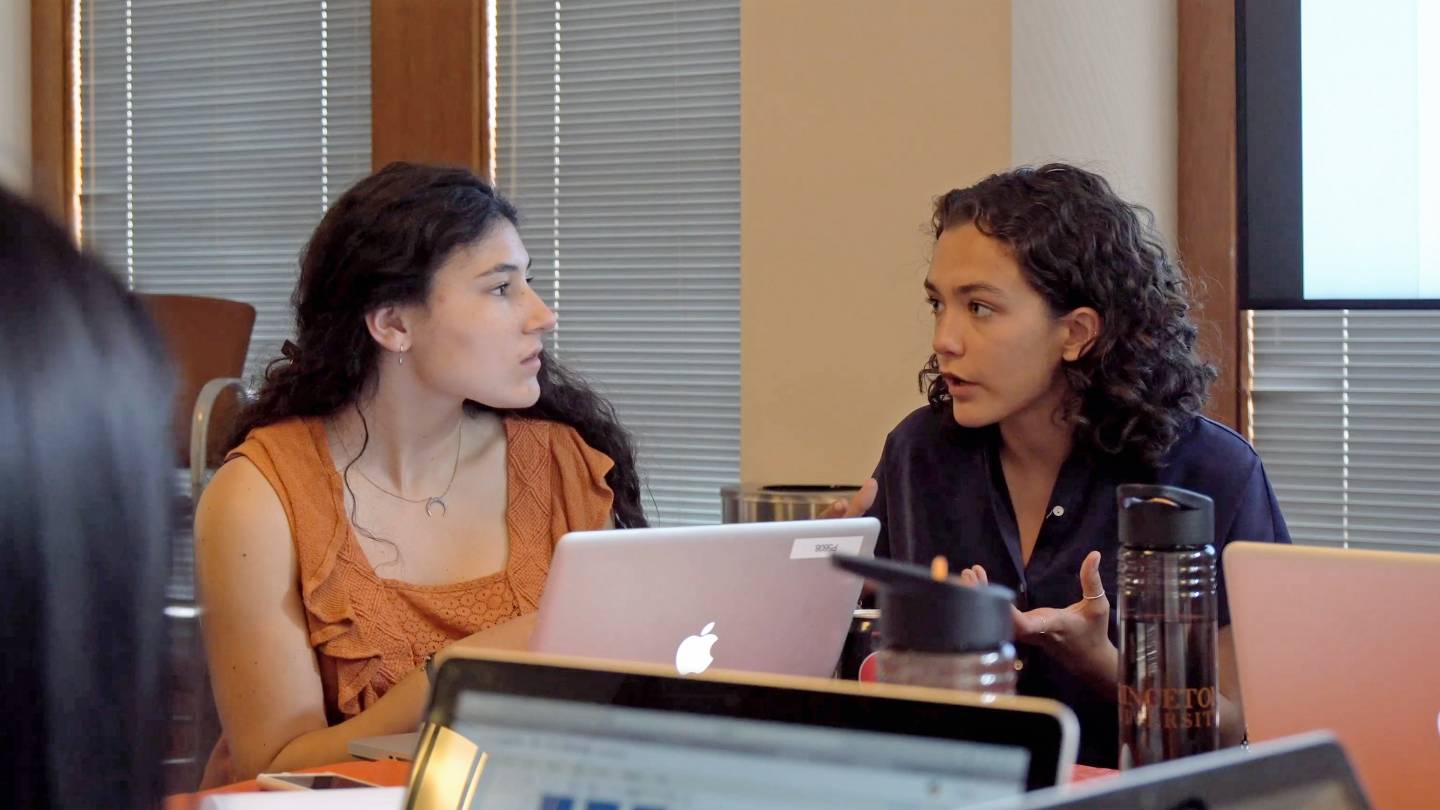 The program aims to “demystify some of this technology, and also talk about the different ways in which it’s going to become part of their lives and part of the solutions to the problems that they might care about in their world,” said Olga Russakovsky, an assistant professor of computer science who helped establish the national AI4ALL nonprofit in 2017. Russakovsky now co-directs the Princeton program with Edward Felten, the Robert E. Kahn Professor of Computer Science and Public Affairs.

“You would think there would be a big gap between high school students and AI researchers — that they would need to go to college and then grad school and then they could start contributing, but that’s not true at all,” said Russakovsky. “Even students who’ve started with no programming background have gone on to take a coding class or two and then do AI research projects themselves.” 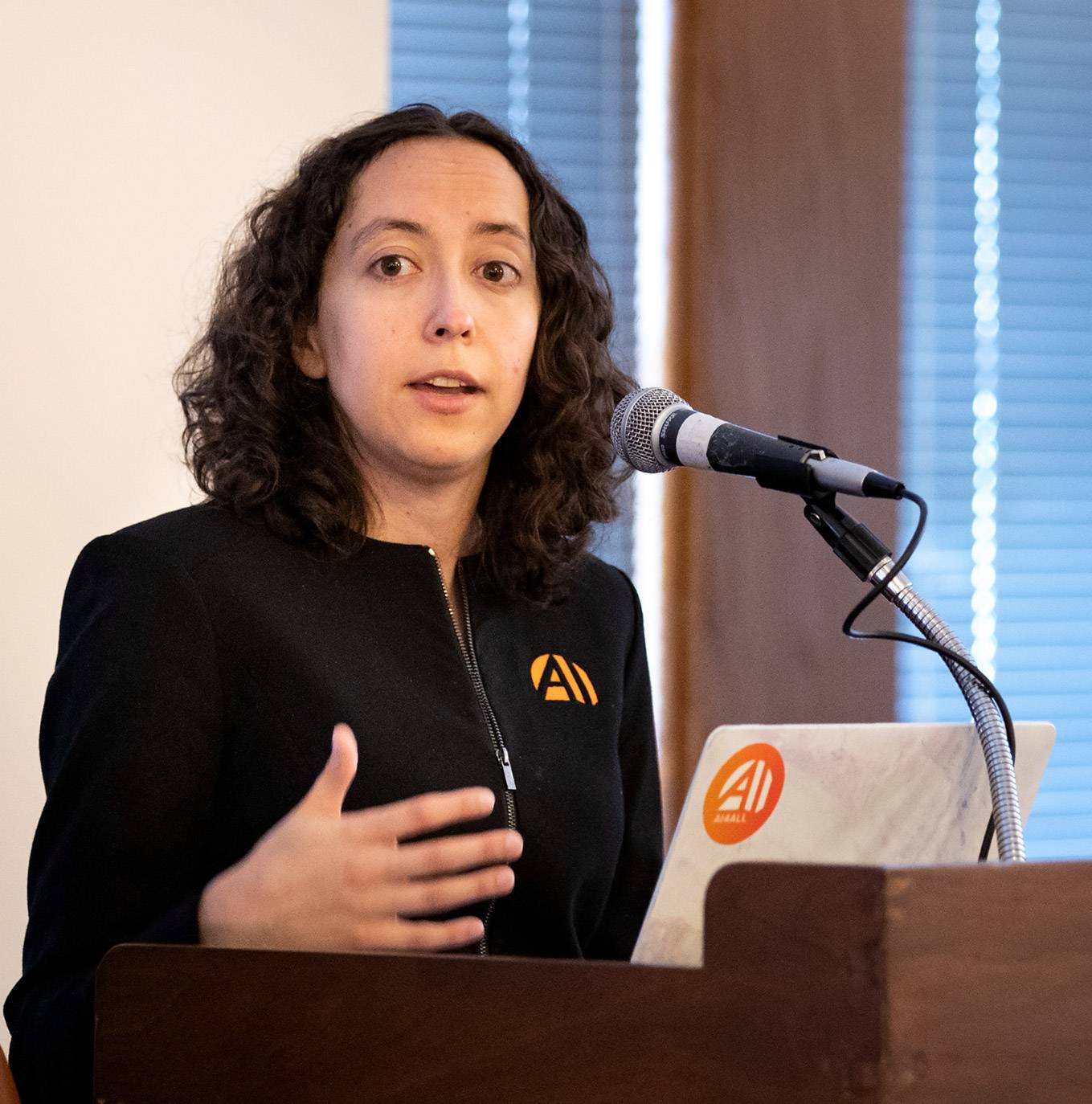 “I really enjoyed learning what each machine-learning algorithm does and how to implement it,” said Alexis Tan, a participant from Newport Beach, California. The camp has “given me a broad overview of everything I need to know for AI, so I can dig deeper in the future.” Tan, who has won student awards for her drawings and paintings, said she is interested in combining computer science and art.

In 2019, Princeton AI4ALL was one of 11 summer programs held at universities in the United States and Canada, each targeting a different student demographic and focusing on a specific AI theme. The Princeton program, a collaboration between the computer science department and the Center for Information Technology Policy, featured discussions on the ethics and policy implications of AI technology. During the second week of the program, the students took a two-day field trip to Washington, D.C., where they met with technology policymakers.

Angelica Lewis, who attends Notre Dame Academy in Los Angeles, said the group’s conversation with an official at the Federal Trade Commission sparked her interest. “She talked to us about how, as AI progresses and more people learn about it, we’ll start to make better laws to protect people from privacy violations” and potential biases in AI technology, said Lewis. While she is “leaning towards engineering,” Lewis said this experience has also led her to consider a career in law or tech policy. 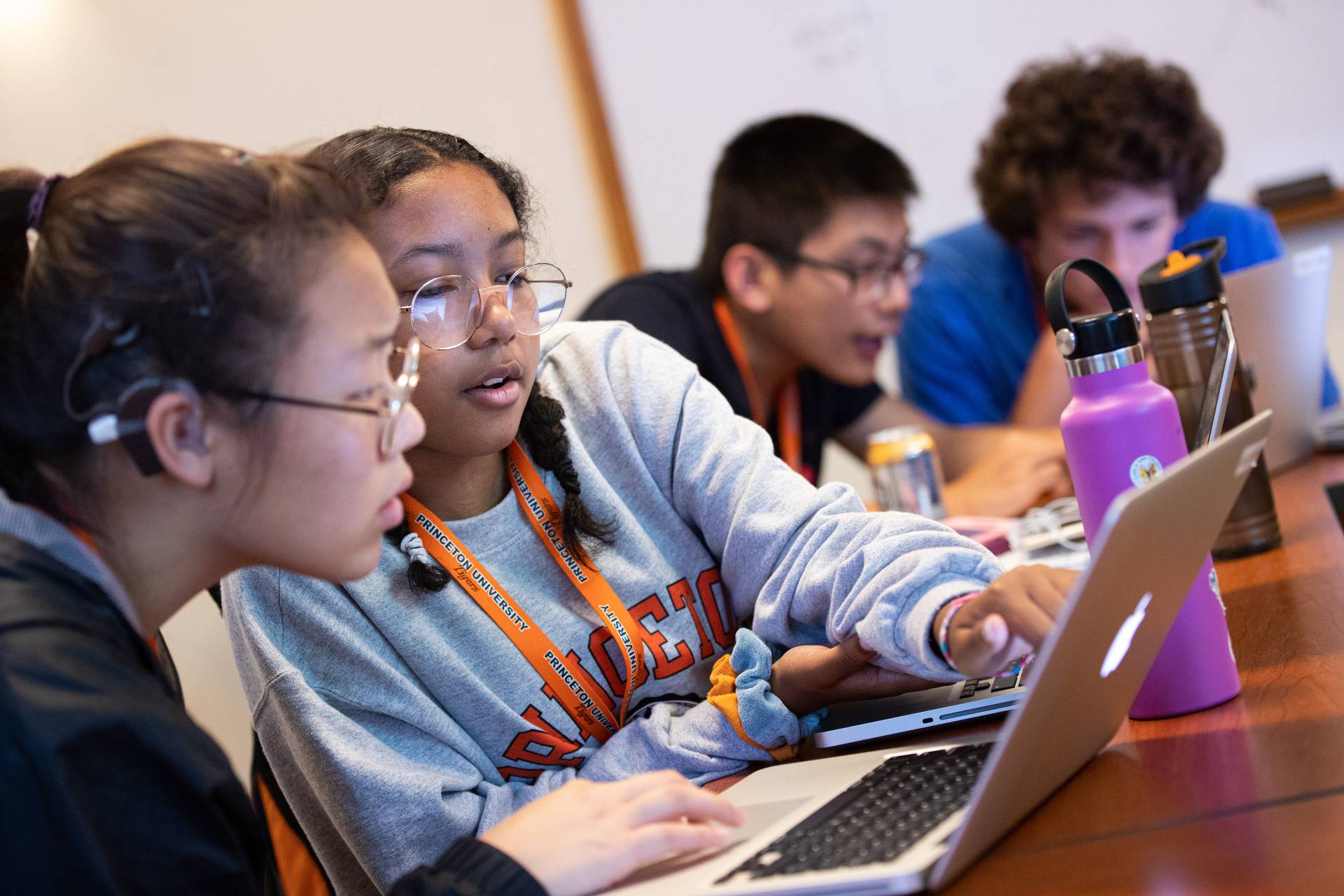 With the ultimate goal of making AI technology more inclusive and beneficial to society, AI4ALL gives young women and others from underrepresented groups a chance to learn the basics of the field from an early age.

The last day of the program included a visit from Raza Abbas, a 2018 Princeton AI4ALL alumnus and a rising senior at Egg Harbor Township High School in southern New Jersey. Over the past year, Abbas has taken an online course in AI, and has also shared knowledge of the topic by organizing a lecture series at his school and starting a new nonprofit organization — all enabled by grants from the AI4ALL nonprofit, which recently expanded its support for summer program alumni as they continue their studies and launch their own research and outreach projects.

“My biggest takeaway from [the AI4ALL] camp is, if you enjoyed your time here, just keep going with it,” said Abbas. He spoke to the participants as they recorded personal goals for continuing their involvement with AI on notecards, which will be mailed to them a year after the program.

“Please remember what it’s like to build your skills and your talents, what it’s like to work as a team, and to keep your eye on the larger purpose of what you’re doing,” co-director Felten told the group in his closing remarks. “We were thrilled not only to meet you, but also to imagine what you might go on to do from here.”