In summer heat, cities may swelter more than nearby suburbs and rural areas. And while the size of this urban heat island effect varies widely among the world’s cities, heat island intensity can largely be explained by a city’s population and precipitation level, researchers reported in a paper published Sept. 4 in the journal Nature.

Understanding a city’s heat island effect is critical for developing strategies to reduce energy use and stave off dangerously high temperatures, said Elie Bou-Zeid, one of the study’s authors and a professor in Princeton’s Department of Civil and Environmental Engineering. The analysis suggests that cooling cities by planting more vegetation may be more effective in drier regions than in wetter ones. 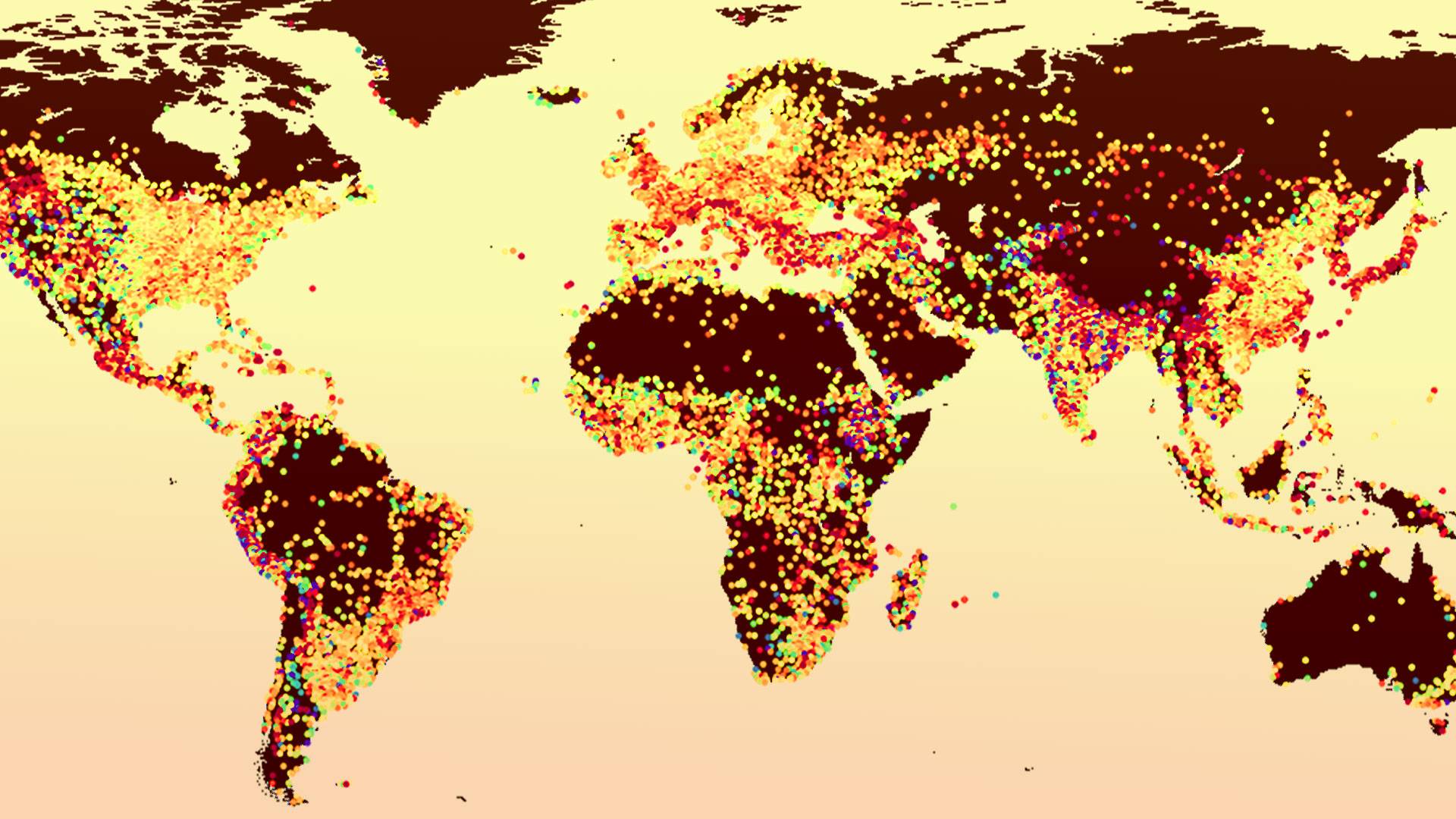 Using summer temperature data from more than 30,000 world cities, researchers developed a new model for urban heat islands that uses population and precipitation as proxies for a complex array of factors involving climate, environment and urban engineering. On the map shown here, cities are marked by colored dots that correspond to the intensity of their urban heat island effect — red and orange dots indicate cities that are considerably hotter than surrounding areas.

Using summer temperature data from more than 30,000 world cities, Bou-Zeid worked with colleagues at ETH Zurich and Duke University to develop a new model for urban heat islands. The novelty of the model is that it uses population and precipitation as proxies for a complex array of factors involving climate, environment and urban engineering.

One of the model’s benefits is its simplicity. Although it cannot capture details of individual cities, it can give planners a quick and broadly accurate view of possible solutions and their effects on a city’s temperature.

“There are a few cities — New York, London, Baltimore — that are studied intensively, and we don’t know very much about a large range of other cities,” said Bou-Zeid. “With a reduced model that only needs information on precipitation and population, we are hoping to provide a simple framework that can give guidance to any city” in planning heat mitigation efforts.

The heat island effect, defined in the study as the surface temperature difference between urban and rural areas, is somewhat larger for cities with higher populations. One key reason is that these cities tend to have larger areas as well as more high-rise buildings that do not dissipate heat as effectively as lower structures.

The researchers also found that the heat island effect increases as a city’s average annual precipitation increases, since its surroundings become greener and cooler, but only up to a point. Beyond a precipitation level of about 39 inches (100 centimeters) per year — similar to that of Washington, D.C. — a city’s temperature boost does not rise much above 2 degrees Fahrenheit (1.25 degrees Celsius). This has implications for approaches to cooling wetter cities.

Although planting vegetation can lower city temperatures through evapotranspiration, there are limits to this approach. Southeast Asian cities such as Singapore have high precipitation and large areas of green cover, but have strong urban heat island effects because nearby rainforests inevitably contain far more plant life than the city. On the other hand, drier cities such as Phoenix can be even cooler than surrounding areas in the summer if irrigation is used to grow plants in the city.

“In places that are already wet and vegetated, adding more vegetation is not going to help,” explained Bou-Zeid. Lowering summer temperatures in these cities will require different solutions, such as increasing shading or ventilation, or building with novel materials. Still, all cities can reap other benefits from green areas, such as improved air quality and opportunities for recreation.

“Our results show that there is no one-size-fits-all solution to reduce city-scale warming,” said Gabriele Manoli, a research fellow at ETH Zurich and the study’s lead author. “The efficiency of heat mitigation strategies varies across geographic regions, and any effort aimed at greening and cooling world cities should be put in the context of local hydro-climatic conditions.” Given that urban areas will face the combined effects of global climate change and population growth, these results can provide guidance for the climate-sensitive design of future cities.

Bou-Zeid and his colleagues are working to extend their model to examine seasonal variations in the urban heat island effect. Their framework could also be used to create more tailored models for specific regions of the world.

Besides Bou-Zeid and Manoli, the paper’s authors are Simone Fatichi, Markus Schläpfer, Kailiang Yu, Thomas W. Crowther, Naika Meili and Paolo Burlando of ETH Zurich; and Gabriel Katul of Duke University. Support for the research was provided in part by the National Science Foundation and by a Branco Weiss Fellowship.