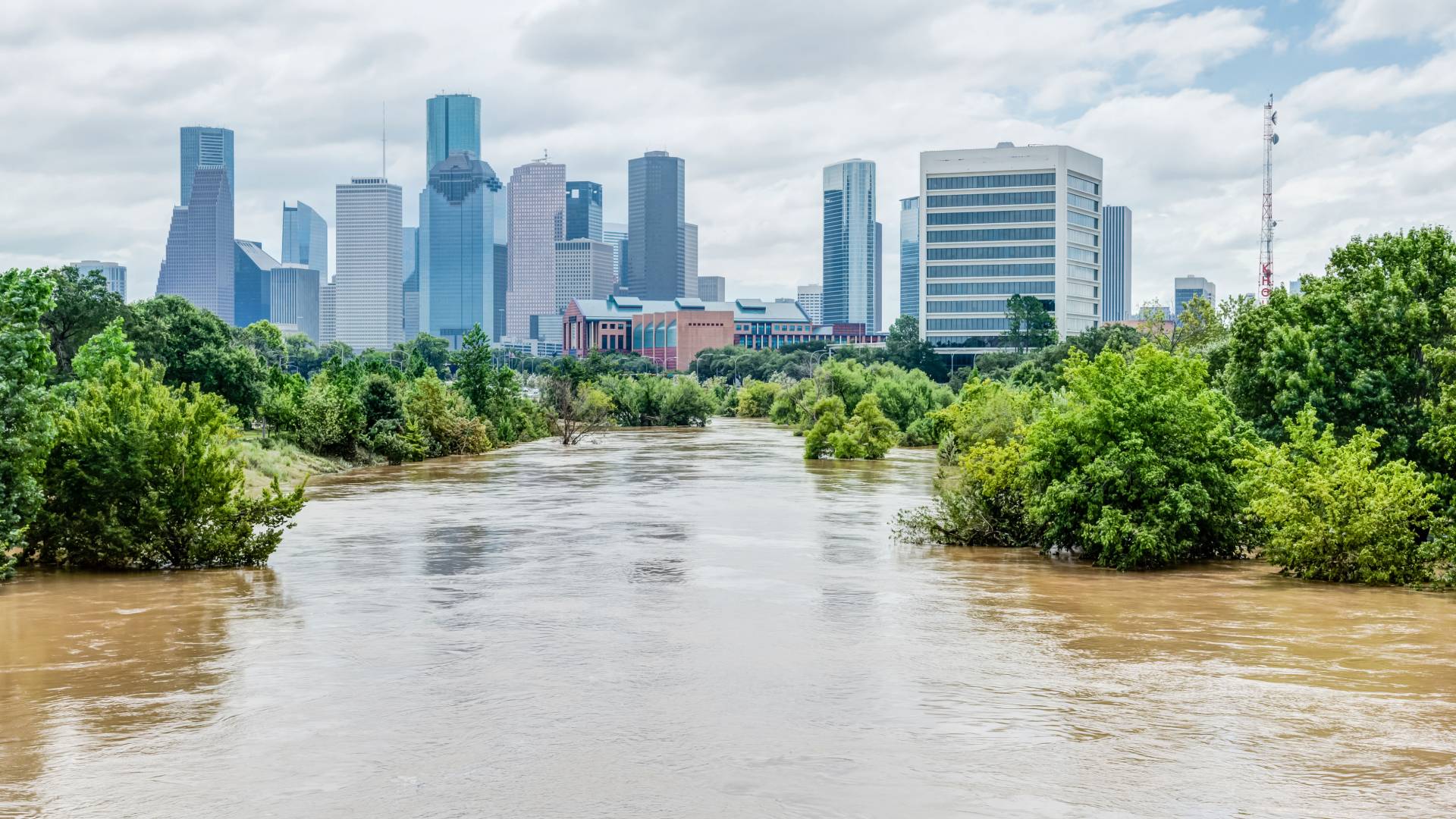 Houston's urban landscape directly contributed to the torrential rainfall and deadly flooding experienced during Hurricane Harvey in August 2017, according to Princeton and University of Iowa researchers. The researchers report in the journal Nature Nov. 15 that Houston's risk for extreme flooding during the hurricane — a category 4 storm that caused an estimated $125 billion in damage and killed 68 people — was 21 times greater due to urbanization.

Using computer models and weather data, the researchers recreated Hurricane Harvey and compared the total rainfall with urban buildup to total rainfall without urban buildup. The results indicated that human-made development helped create a wetter hurricane — one that dropped 40 to 60 inches of rain over four days — as well as more serious flooding, with higher flood peaks and greater overall damage.

The results highlight the human role in extreme weather events, as well as the need to consider urban and suburban development when calculating hurricane risk and preparing for hurricane damage and recovery, the authors said. The study also accentuates the need to understand the compounded human impact on rainfall and flooding caused by urbanization and climate change.

"Our focus on the role of urbanization was aimed at providing a fuller perspective of human activities on Harvey's rainfall and flooding," said co-author Gabriel Vecchi, a Princeton professor of geosciences and the Princeton Environmental Institute (PEI). "Humans have influenced both climate, through greenhouse gas emissions, and the local environment around Houston through urbanization in ways that we thought could have affected rainfall and flooding from Harvey."

The researchers found that as Houston's urban center grew upward and outward, flood risk changed, including a greater risk of higher flood peaks and more serious and dangerous flooding overall. As the city's miles of impervious sidewalks and streets increased, heavy rainfall could not be absorbed into the ground.

"Given that hurricane winds and rainfall are projected to intensify in the future, and that urbanization along our coasts is also expected to continue to increase, our work highlights the need to understand the risks and to implement appropriate flood-mitigation strategies," said lead author Wei Zhang, an assistant research scientist at Iowa's IIHR—Hydroscience and Engineering research center.

Much of the scientific analysis that followed the 2017 hurricane season focused on the role of climate — including the overall warming of the planet — in determining a hurricane's physical strength and total amount of rainfall. The Princeton and Iowa researchers decided to take a different, but complementary, tack and looked at urbanization's possible role.

The researchers experimented with different computer models to simulate Hurricane Harvey's rainfall in Houston, first looking at total rainfall with the city's current urban profile, then at rainfall for the same geographic area but with open fields and crops in place of streets and skyscrapers. They found that the non-urban areas received significantly less rainfall, and that rainfall patterns were significantly different than in the urban areas.

The reason was that "surface roughness" due to the presence of human-made structures create a "drag effect" on hurricanes. This effect occurs when high winds strike tall buildings, creating friction. In the case of Hurricane Harvey, winds shifted warm surface air farther up into the atmosphere, thereby creating an optimal situation for cloud formation and precipitation.

"When Hurricane Harvey blew into Houston, it literally got snagged on the city's tall skyscrapers and towers," said Gabriele Villarini, associate professor of civil and environmental engineering and director of IIHR. "The friction caused by high winds buffeting tall buildings created a drag effect that influenced air and heat movement and resulted in optimal conditions for precipitation."

Using statistical models, the researchers also looked at year-over-year changes in flood peaks and compared them to rainfall amounts and population growth, a proxy for urbanization. They compared these results to flood peaks from the 1950s, a period that predates urban development in Houston, and again found a positive correlation between urban growth and increased flood risk.

"Urbanization is generally associated with a significant reduction in storm-water infiltration," Villarini said. "Houston has experienced one of the most impressive urban-development booms in U.S. history, and with growth comes an increase in impervious surfaces. This increase in urbanization, combined with the region's flat clay terrain, represents a very problematic mix, even with flood-mitigation measures in place."

The researchers caution that failure to account for urban factors in terms of hurricane preparation could present serious and costly problems for coastal cities.

"While this research can't be extrapolated to every coastal urban area in the nation, it does highlight the unexpected costs of development," Villarini said. "For every new roadway poured and for every new high-rise erected, there is an increased risk for more adverse rainfall and flooding, and that's certainly something that city officials and residents should consider when they contemplate future growth."

The paper, "Urbanization exacerbated the rainfall and flooding caused by hurricane Harvey in Houston," was published Nov. 15 by Nature. This work was supported by the National Science Foundation (CAREER grant AGS-1349827; EAR-1520683; AGS-1522492; and CBET-1444758); the National Oceanic and Atmospheric Administration (NA14OAR4830101); and the Princeton Environmental Institute's Carbon Mitigation Initiative.