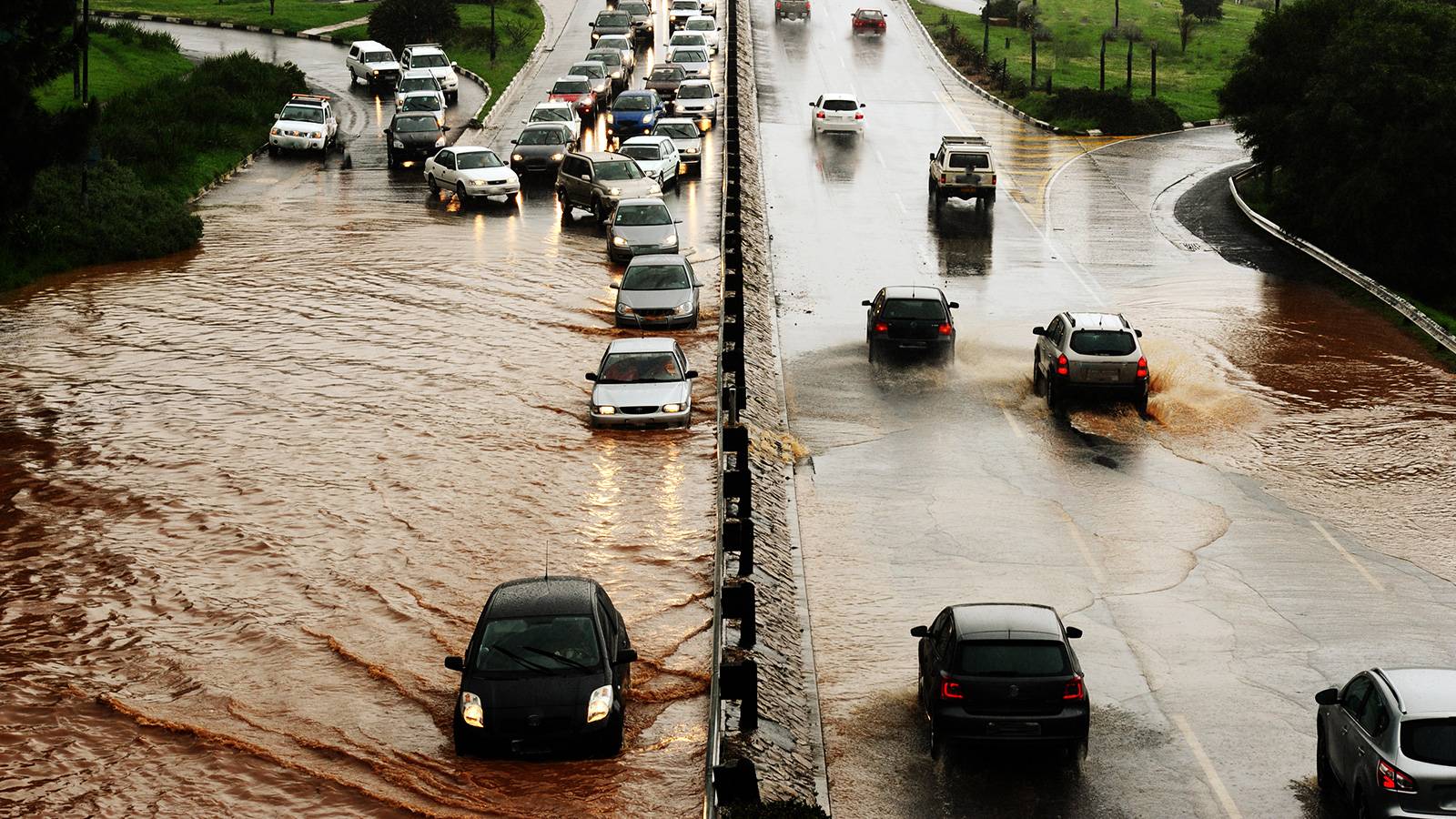 For three hurricane seasons in a row, storms with record-breaking rainfall have caused catastrophic flooding in the southern United States: Harvey in 2017, Florence in 2018 and Imelda in 2019.

A new analysis by Princeton researchers explains why this trend is likely to continue with global warming. Both the higher moisture content of warmer air and storms’ increasing wind speeds conspire to produce wetter storms, the researchers reported in a study published Oct. 18 in the Nature Partner Journal Climate and Atmospheric Science.

“Potential changes in the frequency of occurrence and rainfall rates from tropical cyclones are major concerns for flood hazards in the United States, especially for urban regions along the Gulf and Atlantic coasts,” said co-author James Smith, Princeton’s William and Edna Macaleer Professor of Engineering and Applied Science. “This study provides an important step in understanding the rainfall rate piece of the problem; the picture is one in which changes in rainfall extremes should be carefully examined in assessing flood hazards.”

The results help resolve a puzzle that’s emerged from recent climate modeling studies. Models project that by the end of the century hurricane rainfall rates will increase up to twice as fast as would be expected due to increasing moisture from rising sea surface temperatures alone. The Princeton team wanted to understand what other forces might contribute to the wetter storms.

“A predicted increase exceeding simple theory gave us a little bit of discomfort, because we only trust our predictions to the extent that we can understand them, and to the extent to which they show up in observations,” said co-author Gabriel Vecchi, a professor of geosciences and the Princeton Environmental Institute.

The researchers suspected that wind might play a role. Climate models also project that tropical storm winds will strengthen as temperatures rise, and observational studies have shown that storms with stronger winds tend to produce higher rainfall rates. Vecchi and his colleagues reasoned that a combination of higher sea surface temperatures and stronger storms might explain the predicted increases in rainfall rates.

To test this hypothesis, lead study author Maofeng Liu, a postdoctoral research associate in civil and environmental engineering, devised an approach to isolate the effect of increasing wind speeds: He considered the rainfall rates of projected storms in separate groups according to their wind intensity.

For each of six ocean basins where tropical cyclones form, Liu grouped storms according to their maximum sustained wind speeds: tropical storms, with winds between 39 and 73 miles per hour; and hurricanes in Saffir-Simpson categories 1 through 5, with categories 4 and 5 grouped together due to the smaller number of storms at this intensity level.

Liu used this resampling method to analyze more than 4,000 simulated storms under current and future climate conditions. The approach revealed that within each storm intensity category, increases in rainfall rates with rising temperatures aligned well with the increase per degree Celsius of warming expected according to classical thermodynamics (about 7%). Only when storms of all intensities were grouped together did rainfall rates appear to outpace what would be expected to happen as a result of temperature increases alone.

“We found that not only did a storm’s holding capacity for water vapor increase because of global warming,” said Liu, “but also that the storms were getting stronger and contributing to higher rainfall rates.”

Vecchi noted that several studies have shown the current probability of a storm like Hurricane Harvey is twice as high because of global warming. “This study makes a statement about the future,” he said. “But we’re having this convergence, where our observations are starting to show the increased rainfall that our models have been predicting for quite a while, and now we also have a clear theoretical understanding as to why it should be happening.”