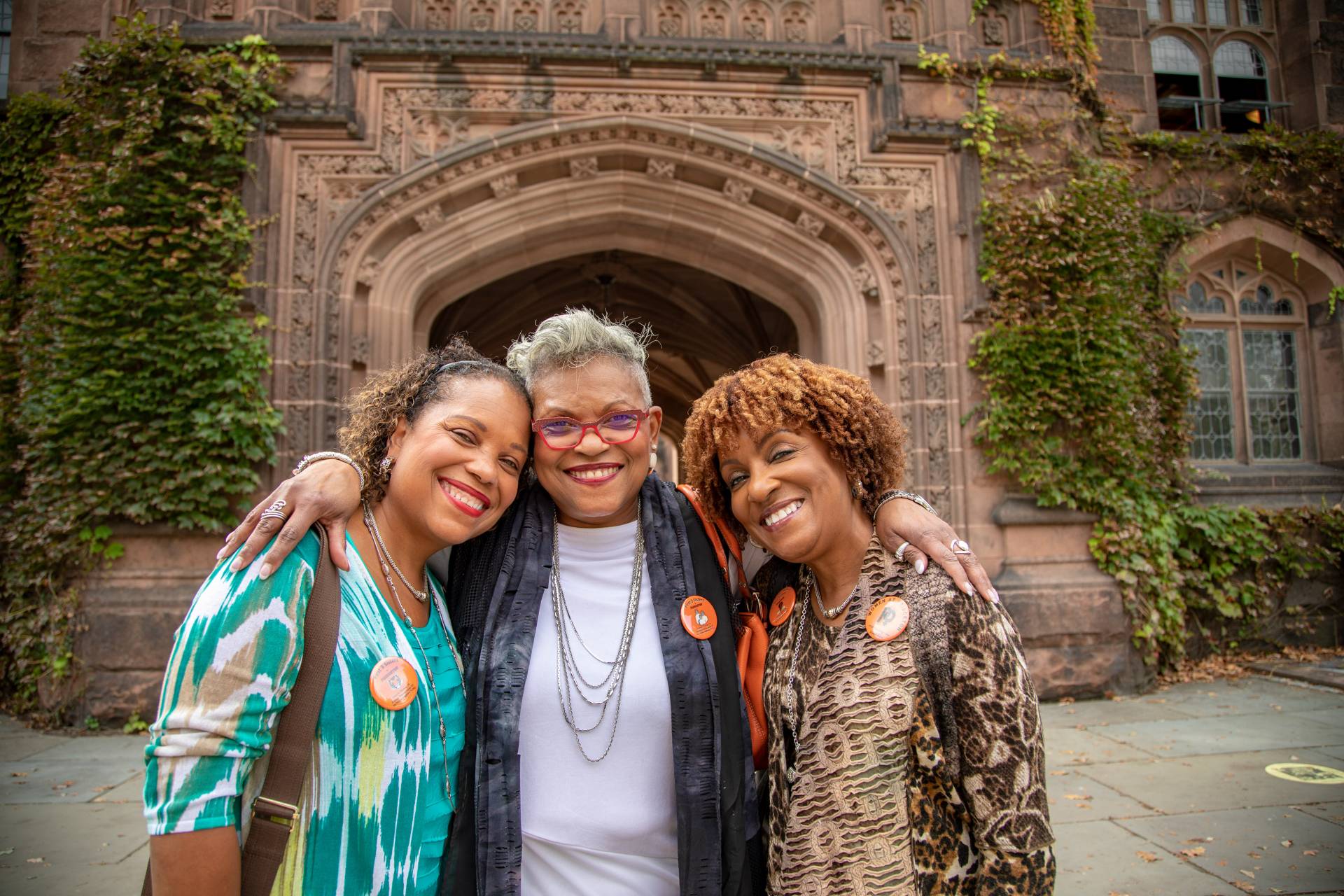 How they’ve thrived since Princeton: Thomas sisters recall life as undergraduates in 1970s

Evora Thomas ’74, Ivy Thomas McKinney ’77 and Daphne Thomas Jones ’77 were among Princeton’s first undergraduate classes that included women. They are proud to say they are the first three sisters to attend the University together. 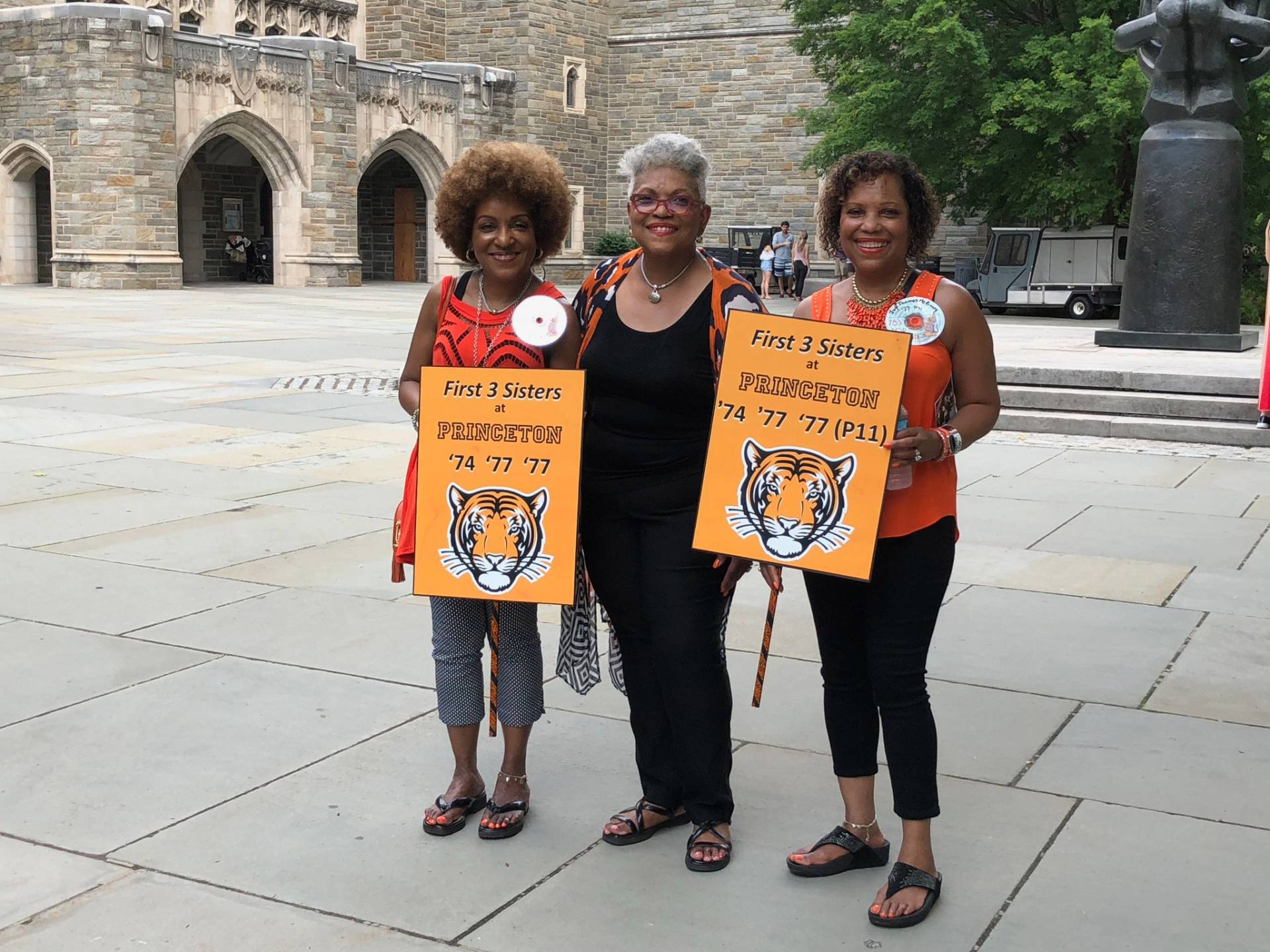 Daphne Thomas Jones '77, Evora Thomas '74 and Ivy Thomas McKinney '77 were among Princeton's first undergraduate classes that included women. The sisters marched in the P-rade during Reunions 2018 with signs that said "First 3 Sisters at Princeton."

Since graduating, the Thomas sisters have been active in alumni activities, including serving on regional committees for the Princeton Prize in Race Relations, local Alumni Schools Committees, and the Committee to Nominate Alumni Trustees. The sisters look forward to returning to campus for the conference “Thrive: Empowering and Celebrating Princeton’s Black Alumni” on Oct. 3-5.

Below are highlights from a conversation with the Thomas sisters about their journeys to Princeton; their experiences on campus in the 1970s as siblings, women and students of color; and how the University has change in the decades since they were students.

How did each of you end up at Princeton?

Evora: We were born in Virginia, though our family moved to Newark, New Jersey, so we could attend integrated public schools. Believe it or not, when my 8th grade teacher asked where we wanted to go to college, I answered Princeton. The whole class laughed at me because Princeton was still all men at that time.

Ivy: That’s funny. I never heard Evora’s story before about her 8th grade class. When I was in the 8th grade, I listed Princeton as my dream school in our class autograph book.

Evora: Our parents had not gone to college, but some relatives had. Living in New Jersey, I guess Princeton was one of the schools we had heard about. My senior year of high school started in fall 1969, the first year that Princeton implemented undergraduate coeducation. The University was trying to recruit more female students and more students from urban areas. One of my high school teachers encouraged me to apply because he knew about my academic performance.

Daphne: I knew about Princeton through Evora. I also knew it had a fantastic math department and that is what I wanted to study. 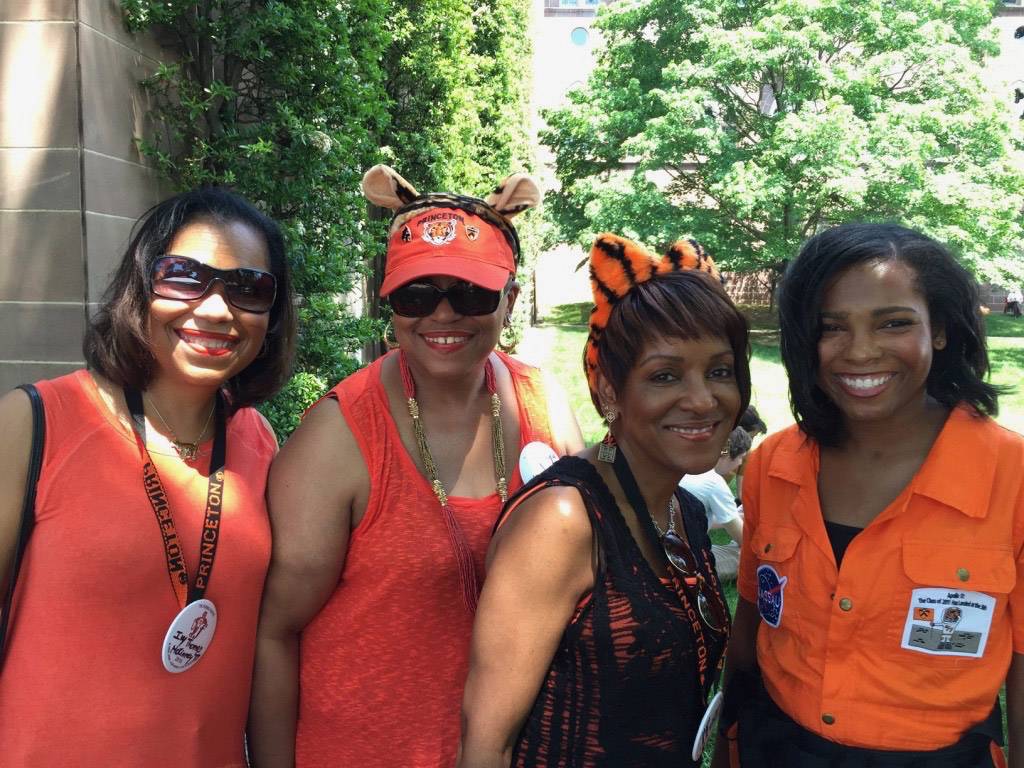 (From left to right) Ivy Thomas McKinney ’77, Evora Thomas ’74, Daphne Thomas Jones ’77 and Ivy’s daughter Dana McKinney ’11 at Princeton Reunions in 2016. The Thomas sisters said Dana’s experience as a woman and student of color in the 2000s was much different from their time as Princeton undergraduates in the 1970s. Ivy said her daughter’s network of friends come from “all over the world and all different backgrounds; that diversity is a good thing.”

Evora: I didn’t know anyone except a guy from my high school who was a year older. My family drove down to help move me in to Pyne Hall. When they left, I got into bed and pulled the covers over my head thinking ‘I just won’t have a social life. I’ll just focus on academia and studying.’ About an hour later, I got up to use the restroom and there were two other African American girls there. They invited me to a party that night and I met other students. I immediately had a core group of friends.

Daphne: Ivy and my experiences were different. We were able to room together in a six-“man” suite so that made things easier. We walked around campus our first night and didn’t see many other black students. We came upon a group of girls and I introduced myself. It turned out there were two other Daphnes in our freshman class! We were all African American. It was exciting for us to meet each other. 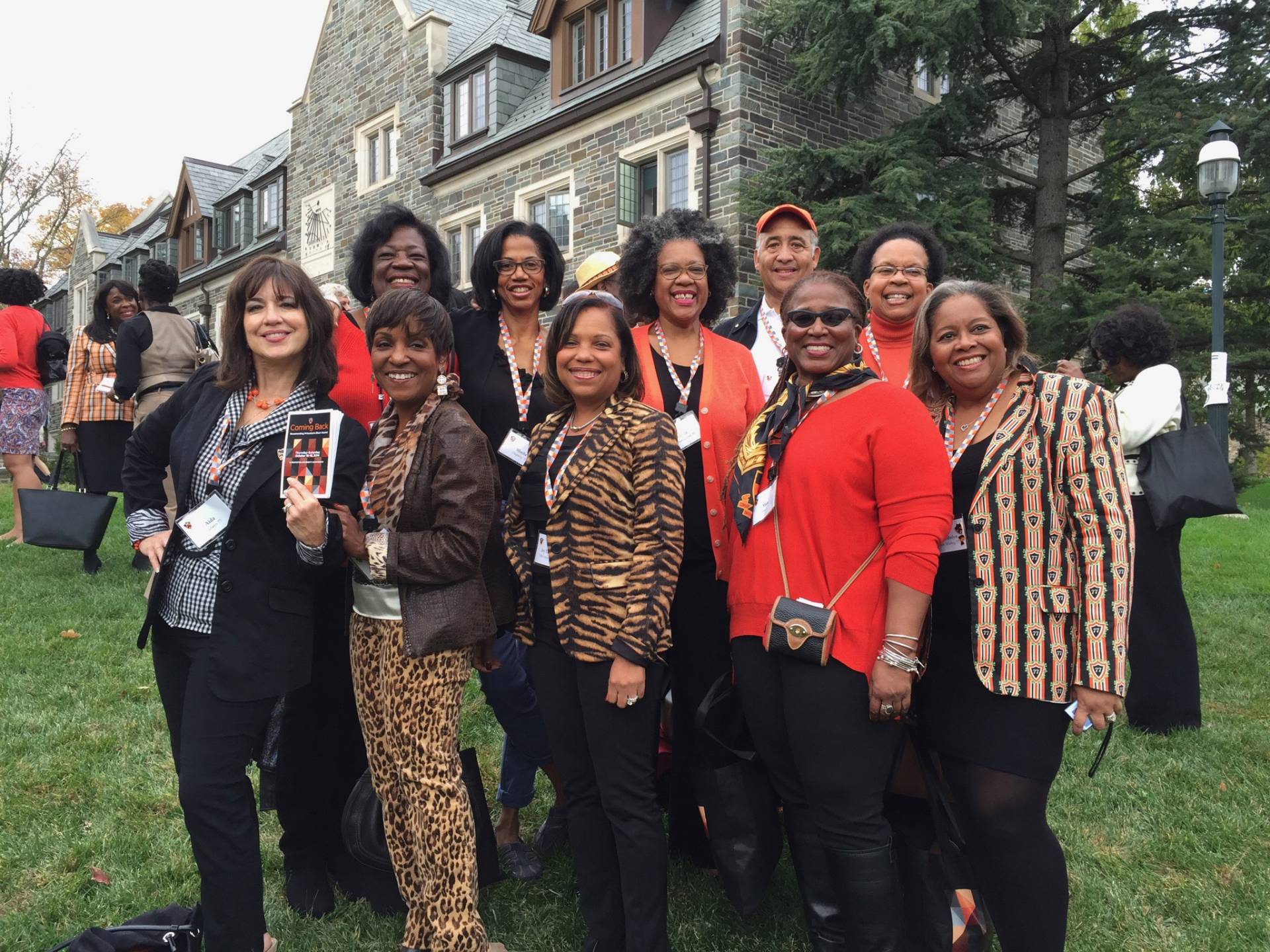 What was it like being a woman and student of color in the 1970s?

Ivy: When we first got to campus we made an effort to meet other students of color. That became our primary network of people because, frankly, some of our classmates didn’t view us as people who belonged on campus. As we have gone back to Reunions through the years, some people have actually apologized for not getting to know us while we were students.

Evora: As black students we had to encourage each other, support each other, edify each other, chastise each other, in order to make it through. Roberto Barragan, he was an administrator, the Director of Minority Recruitment, and a Cuban American. He kept us together. He made sure we were all on task. He invited my parents down one weekend just to tell them I was doing a good job. If not for his hands-on support of minority students, we would not have been as successful as we were.

The other thing that made a difference was Third World Center [which later evolved into what is known today as the Carl Fields Center]. African Americans, Latino Americans, Asian Americans, Native Americans — we all congregated there. It was a place of validation of who we were and our identities.

Also, the eating clubs were not open to women and there were very few members of color back then. So, we had our own parties and special events.

Many of the students at the Third World Center collaborated with the University to bring important leaders to campus. If you name a Civil Rights figure or major African American political figure during that era, they probably spoke at Princeton because we made sure they did! 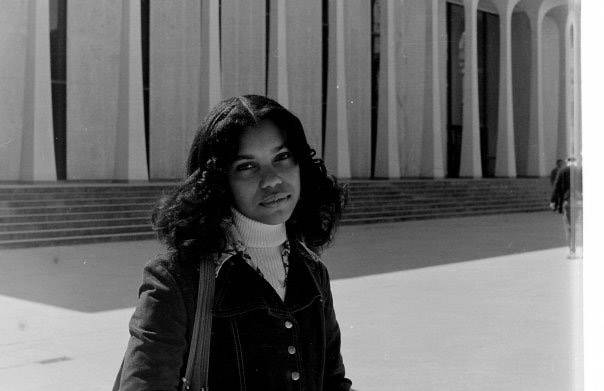 Ivy Thomas McKinney stands in front of Robertson Hall circa 1976. Ivy and her sisters have been active in alumni activities since graduating from Princeton.

What was it like being three sisters on campus at the same time?

Daphne: Ivy and I were freshmen when Evora was a senior and she pretty much drew a line down campus! We didn’t see her much because she lived in Spelman and we were in Wilson College. But we had been exposed to Princeton through Evora while we were in high school. That obviated the need for her to explain this or that once we were freshmen. For instance, we knew about the senior thesis. We knew the junior paper and the course loads could be challenging.

How has Princeton changed since your time as undergraduates in the 1970s?

Ivy: My daughter’s experience as a student in the 2000s was drastically different from my own. Her network of friends came from all over the world and from all different backgrounds; that diversity is a good thing. She was a member of an eating club. That never would have happened when my sisters and I were students.

Daphne: The interactions between different races and different people is a surprise, in a good way. That was not the way it was 40 years ago.

Evora: I’m sure most current students and recent graduates have no idea what it was like to be at the University 40 or 50 years ago. That is why understanding our experience is important. As African American students, we had a common identity and came together as a community to help each other succeed. Our intent was for people to lock arms and succeed together. I’m hoping that sense can be one of the by-products of Thrive.

What are you looking forward to about the Thrive conference?

Ivy: We’ve encouraged some of our friends to attend. We tell them the atmosphere on campus is much different than when we were undergraduates and very welcoming. Between the “She Roars” conference for women alumni and previous black alumni conferences, I’ve also met younger alumni that I’ve stayed in touch with. 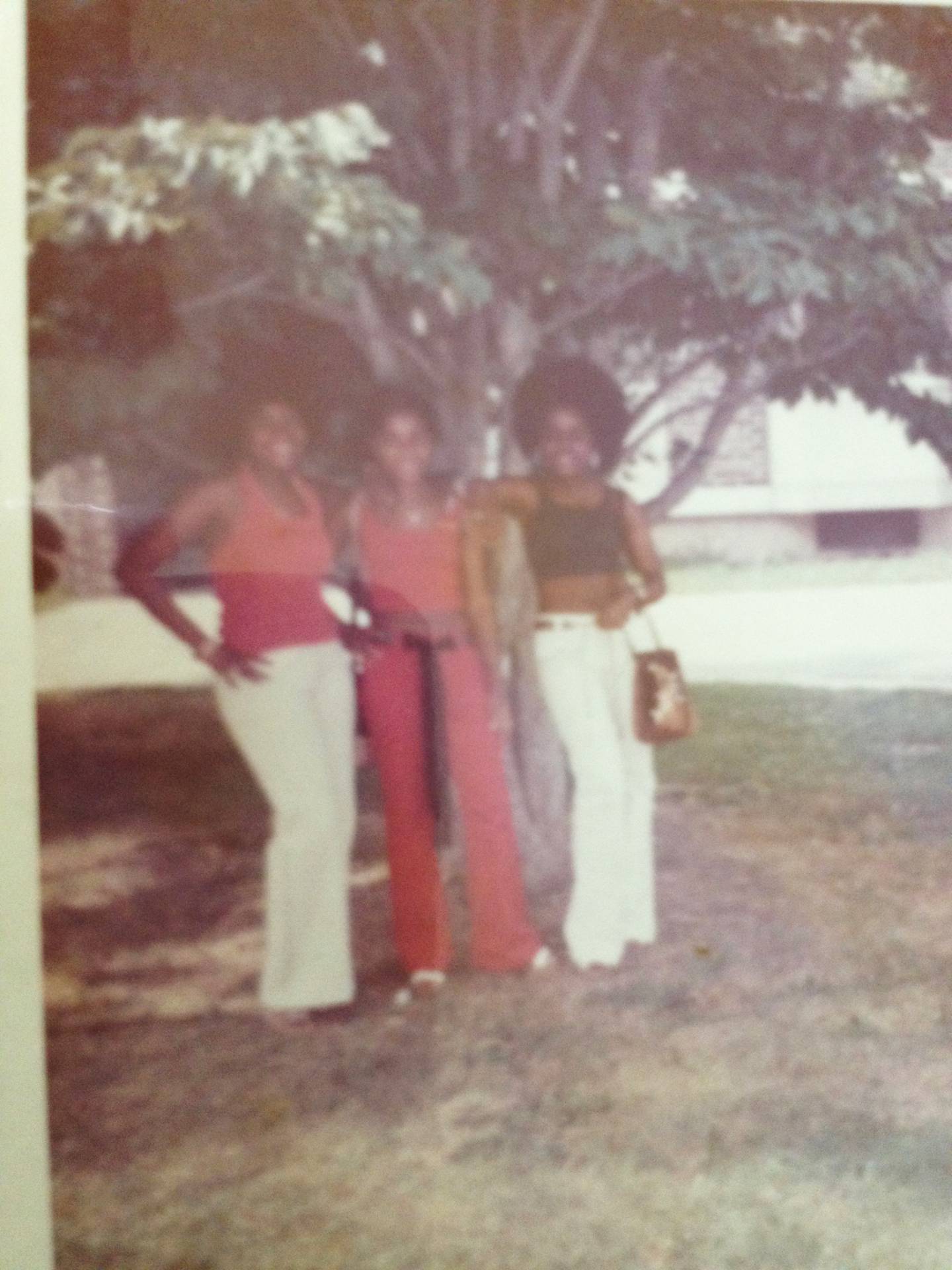 A family snapshot of Evora Thomas, Daphne Thomas Jones and Ivy Thomas McKinney visiting Princeton’s campus in 1973.  Evora was the first of the three sisters to attend Princeton, enrolling a year after the University implemented undergraduate co-education. The sisters grew up in Newark, New Jersey.

What has been Princeton’s impact on your lives more than 40 years since graduating?

Evora: I think everyone in our family is very proud of what we accomplished by way of attending Princeton. Two of us are lawyers and one is an actuary. Princeton allowed us to be positioned to do whatever we wanted to. Princeton also endowed in us an appreciation for integrity and hard work. I was on the appeals council for the Honor Code as a student. The Honor Code was taken very seriously and thought of as a standard for how you should go through life.

Daphne: There were challenges of not having friends in my department, but it also taught me to do things independently. I figured things out on my own and became self-reliant. That served me well once I entered the work world. I always had the ability to solve the challenges presented in front of me.

Ivy: Our training and experiences at Princeton left us with a standard of excellence, integrity and high morals. That is something we took away from Princeton that we will have forever.