The scientific verdict is unanimous: human survival depends on a planet rich in other species. Scientific consensus also warns that this life-support system is collapsing because of us.

As important and urgent as that message is, however, documentary filmmaker Katie Carpenter tells the latest episode of “All for Earth” that getting it out there is becoming more challenging. 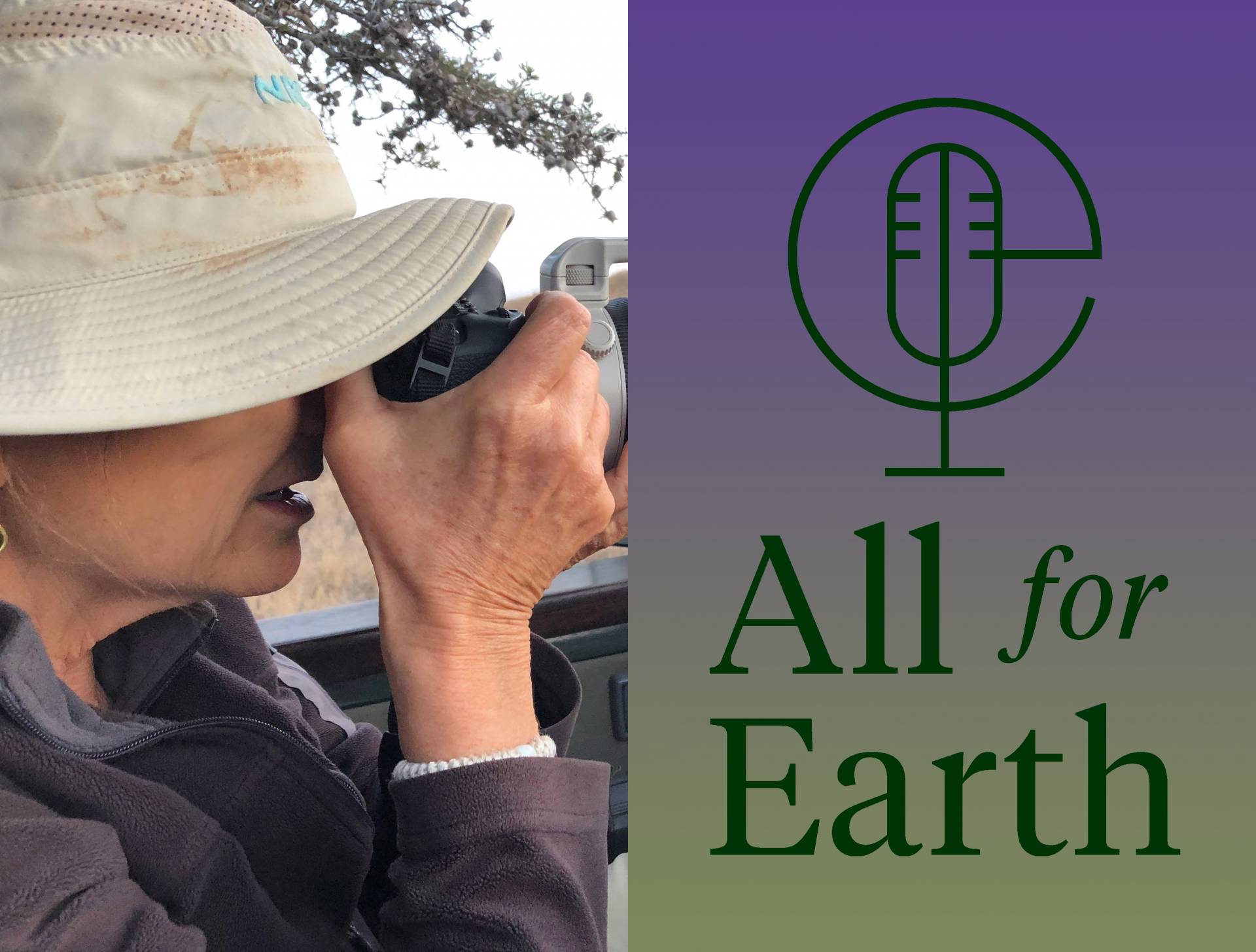 Carpenter says that today’s audiences tend to view environmental and scientific programming through a lens of prior assumptions and that well-resourced, in-house documentary crews are endangered species, themselves.

Carpenter recalls it wasn’t always like that. Her 2009 series about endangered species, “Future Earth,” was funded by NBC and produced by MSNBC. “We shot all around the world for a two-hour show with [conservationist] Jeff Corwin as the host,” she said. “It had a big budget and a lot of firepower to it in terms of scientists and real location situations with endangered species. And that's really the last time I worked inside a network and a network paid for that kind of show. Now it's like pulling teeth.”

In pursuit of ratings, Carpenter says, too many networks and filmmakers have adopted the trailer tactics of action films with an emphasis on explosions and quick cuts. Carpenter urges, in contrast, for serious content and thoughtfully developed narrative.

“You spend a year making a film, it runs on National Geographic channel for an hour and then it's gone, poof,” Carpenter says. “If you're going to put that much effort and money into something, I feel like it needs to have a little bit more impact, or at least be talking about something that people really need to know about.”

Her most recent production is a six-hour series called “Ocean Warriors: Chasing the Thunder” about an environmental group’s hunt for a notorious illegal-fishing vessel. It is currently running in film festivals nationwide.

“By the time we got to ‘Ocean Warriors,’ we realized that we were dealing with kind of a life-or-death situation,” Carpenter says. “So, the films have gotten more serious, but at the same time, the world of media has pulled us toward more adventure, more adrenaline. So they're both more serious and more frivolous. And these two things are kind of impacting each other in negative ways.”

Political polarization is another hurdle that Carpenter is helping to address directly. For the last four years, Carpenter has been a science communication consultant with the Cultural Cognition Project at Yale University, which conducts research into the science of science communication. The center led a study that showed clips from four different programs about evolution to 5,000 people, then asked questions about their reactions to the content.

The study found that standard television techniques used to grab viewers’ attention by pitting good guys against bad guys, for example, can alienate audiences. So don’t use them, Carpenter says. “Don’t be putting these polarizing teases at the top of your show. Just go right into the show, tell a story, introduce some interesting characters and then people will come along. If you have something called science curiosity, this curiosity can serve as an antidote to political polarization. It can basically inoculate a viewer against the knee-jerk reaction they might otherwise have at the beginning of a program.”

And the story should be centered around people, Carpenter says. “When you have humans in the picture, it might not be as gorgeous as a closeup shot of the snow leopard across on the opposite hill, but it does bring it closer to home that we and this animal inhabit the same place, and we both need to stay there and we need to find a way to make that possible.”

Carpenter, who earned her bachelor’s degree from Princeton in 1979 in comparative literature, also works with Princeton undergraduates through the seminar, “Documentary Filmmaking in Kenya: Visual Storytelling on Wildlife and Wildlands Conservation.” The students from the 2019 seminar will premier their films at Princeton’s Frist Campus Center Thursday, Oct. 10.

She will speak at the Princeton Environmental Forum Oct. 25 as part of a panel discussion about biodiversity and wildlife conservation.

Hosted by Catherine Riihimaki, associate director for science education in Princeton’s Council on Science and Technology, “All for Earth” delves into the urgency of today’s environmental crises, as well as the effectiveness of the tools we already have to mitigate them. The podcast previews topics and speakers featured in the upcoming Princeton Environmental Forum through in-depth interviews with people leading the race against environmental disaster. The conference and the podcast coincide with the 25th anniversary of the Princeton Environmental Institute (PEI), the University’s interdisciplinary center for environmental research, education and outreach.