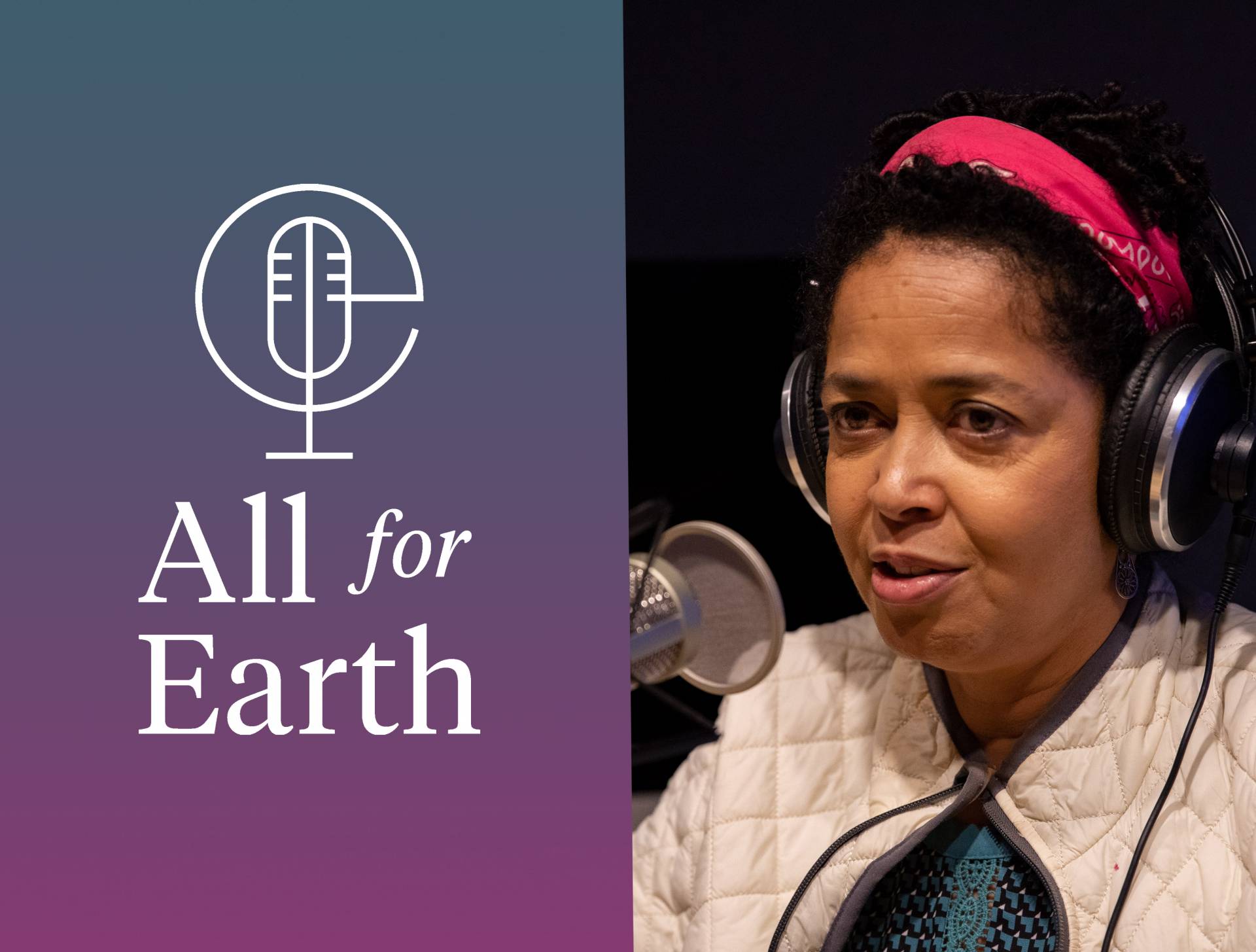 Self-described “wildlife warrior” Paula Kahumbu, a 2002 Princeton graduate alumna, stands up for Africa’s biodiversity with every tool in her toolbox. That includes a Ph.D. in ecology and evolutionary biology, a new television series about Kenya’s conservation heroes, and a campaign called “Hands Off Our Elephants.”

Elephants are particularly important to protect, Kahumbu, the CEO of WildlifeDirect explains on the latest episode of “All for Earth,” because they are “ecosystem engineers.” Each grown animal eats about 150 kilograms of vegetation per day, including fruits and seeds. As they move around and between habitats, they move nutrients with them.

Elephants also modify landscapes in important and productive ways. “We've seen in Kenya,” Kahumbu says, “when elephants move up mountains, they create pathways. Those pathways allow other animals to access the tops of mountains, including livestock, and we can see in places where elephants have disappeared that species diversity begins to collapse.” Elephants are a “keystone species,” she says.

The international ivory trade, however, has put elephants at enormous risk. Kahumbu says that poachers have viewed Kenya as a safe haven for their illegal supply chains and as recently as 2012, fewer than 4% of convicted offenders were going to jail.

This was the inspiration for “Hands Off Our Elephants,” which Kahumbu founded with striking success. Kahumbu recruited a staff that is 50% lawyers. Their initial job was to scrutinize court documents and uncover clues to the poaching problem. They’ve now analyzed every single wildlife trial in the country going back more than a decade. “What we found was that more than 70% of case files for poachers were lost or missing,” says Kahumbu. “So that alone revealed to us that there was an enormous amount of corruption in the court system.” The group also discovered that many poachers were repeat offenders but hadn’t been documented that way in the records and that inadequate work had been done linking evidence to the suspects.

These revelations and others eventually led to direct legal engagement, says Kahumbu, with the group’s lawyers standing in court with government prosecutors and helping at trial. “Now we have a 95% conviction rate,” she says, and “Hands Off Our Elephants” reports an 80% decline in elephant poaching and a 90% decline in rhino poaching since its founding in 2014.

The campaign gave Kahumbu enormous visibility and made her a trusted voice on conservation issues throughout Kenya. Using that platform, she began speaking out on other biodiversity issues and launched a television series on wildlife conservation. The series, “Wildlife Warriors,” champions Kenyan conservationists working on a range of issues. To Kahumbu, the program’s popularity testifies to a growing naturalist movement in Kenya that is difficult to quantify but anecdotally undeniable.

“There was a debate on television last night about a new road that will go right through one of the urban parks,” she recounts. “And the No. 1 argument was it's going to threaten biodiversity. It's no longer just, ‘Oh, we need all this development because we're a country that needs economic growth.’"

Hosted by Catherine Riihimaki, associate director for science education in Princeton’s Council on Science and Technology, “All for Earth” delves into the urgency of today’s environmental crises, as well as the effectiveness of the tools we already have to mitigate them. The podcast previews topics and speakers featured in the October 2019 Princeton Environmental Forum through in-depth interviews with people leading the race against environmental disaster. The conference and the podcast coincide with the 25th anniversary of the Princeton Environmental Institute (PEI), the University’s interdisciplinary center for environmental research, education and outreach.