Access to clean, safe water is a life or death question for over a billion people worldwide, with some 500,000 deaths annually related to a shortage of potable water says Farhana Sultana on the latest episode of the “All for Earth” podcast. These staggering numbers are destined to rise as climate change exacerbates water insecurity around the globe. 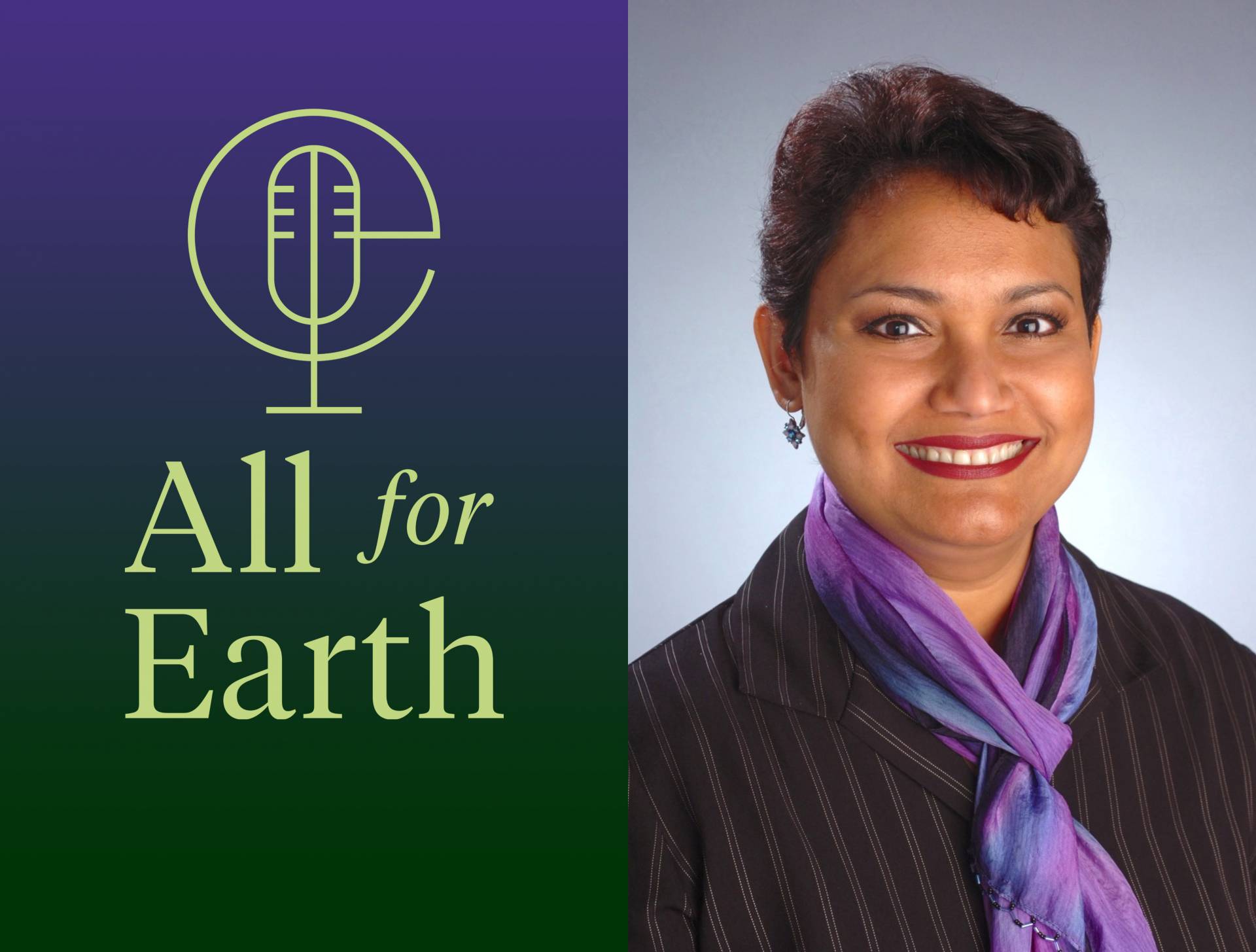 It doesn’t have to be that way, argues Sultana, an associate professor of geography at Syracuse University who is an expert on water governance. She says there’s enough water to go around if we farm, eat, and make lifestyle and political decisions with water equity in mind.

Sultana will be a featured speaker at the upcoming Princeton Environmental Forum’s panel discussion on water, drought and society. She earned her bachelor’s degree in geosciences from Princeton in 1996 with a certificate in environmental studies.

On the podcast, Sultana tells host Catherine Riihimaki, “I would advocate for developing a water ethic. … That means shifting practices, having a much more ethical relationship toward water and how water is linked to everyday habits [and] everyday lifestyles.”

About 70% of the world’s fresh water goes to agriculture and another 20% goes to industry, Sultana says. Much of it is wasted. Evaporation and chemical contamination both take their tolls. But a lot of water leaves the watershed in the form of “virtual water” embodied in the products themselves.

Virtual water can be transported from one region to another in the form of agricultural products such as juicy tomatoes. But, according to Sultana, almost “every item and service you consume contains water from somewhere else.” For example, she says, the virtual water in a pair of jeans is the water that went into making those jeans at every stage of production.

No region of the globe is free from water insecurity. Even American cities such as Flint, Michigan, and Newark, New Jersey, are facing water issues. But Sultana says that water insecurity disproportionately affects certain sectors of society much more than others. “Water insecurity is really linked to social inequities” where poor and minority populations are typically hit hardest, she argues.

And water is a gender issue, too, Sultana says. “Because, if you close your eyes and think about who is fetching the water in parts of Africa, Latin America and Asia — or even in the advanced industrialized world — it’s usually women and girls. And so water scarcity intersects with gender equality and as well as issues around poverty, wellbeing, education and public health in multiple ways.”

Just as the issue of water insecurity is layered with complexities, so are the necessary solutions. “Technology has a place,” Sultana says, “but water is fundamentally a social-political issue. It’s about power relations.”

Despite the challenges, she’s optimistic that water rights can be achieved around the world.

“I'm hopeful, because young people give me hope about the future, because they're much more active in terms of raising awareness and much more vocal,” she says. “They're much more interested in what's happening to their environment than, I think, perhaps any other generation that's come before us.”

Hosted by Catherine Riihimaki, associate director for science education in Princeton’s Council on Science and Technology, “All for Earth” delves into the urgency of today’s environmental crises, as well as the effectiveness of the tools we already have to mitigate them. The podcast previews topics and speakers featured in the upcoming Princeton Environmental Forum through in-depth interviews with people leading the race against environmental disaster. The conference and the podcast coincide with the 25th anniversary of the Princeton Environmental Institute (PEI), the University’s interdisciplinary center for environmental research, education and outreach.