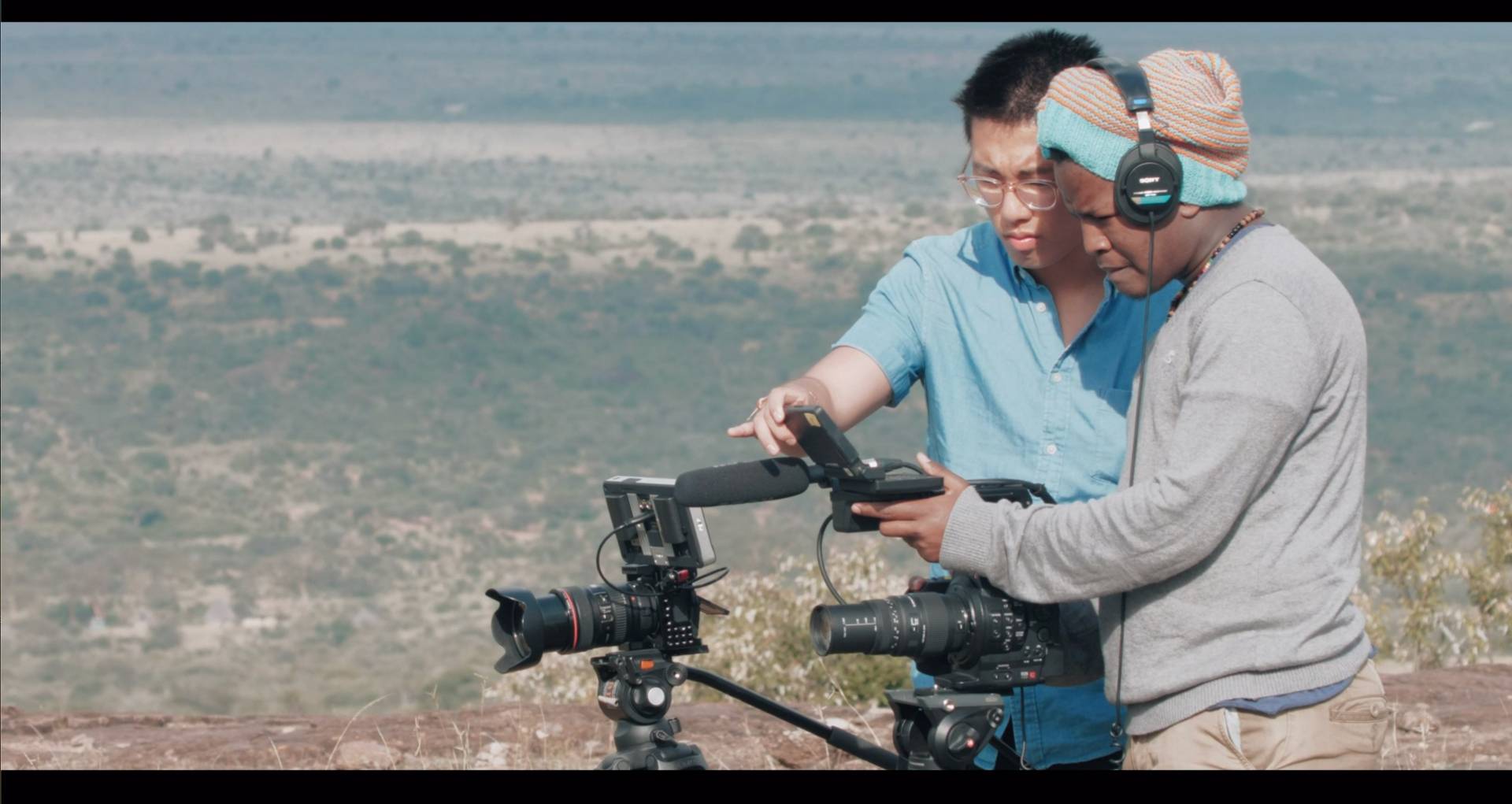 Alexandra Jones for the Princeton Institute for International and Regional Studies

Students in the Global Seminar “Documentary Filmmaking in Kenya: Visual Storytelling on Wildlife and Wildlands Conservation” made five short films as part of the summer course based at the Mpala Research Centre.

In the summer of 2019, a group of Princeton undergraduates embarked on a six-week Global Seminar in central Kenya, studying ecology and conservation as well as filmmaking fundamentals with Princeton faculty and other renowned instructors.

Their classroom was Mpala, 48,000 acres of privately owned conservation lands managed by the University in partnership with the Smithsonian Institution, the National Museums of Kenya and the Kenya Wildlife Service. 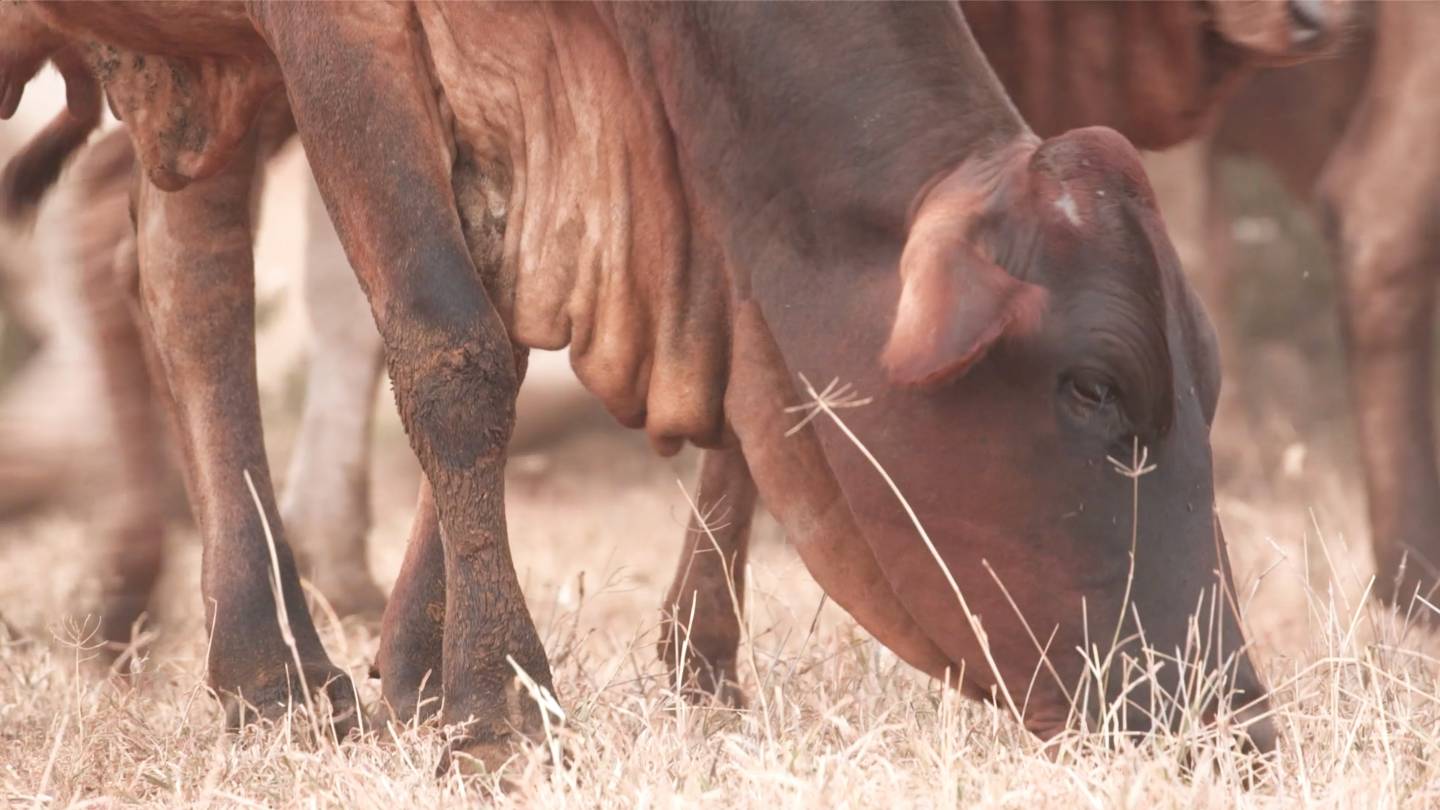 By the end of the Holly and Henry Wendt, Class of 1955, Global Seminar, “Documentary Filmmaking in Kenya: Visual Storytelling on Wildlife and Wildlands Conservation,” students had produced their own short films, which were screened Oct. 10 at the Frist Campus Center. Headquartered at the Mpala Research Centre, which celebrates its 25th anniversary this year, students collaborated to conceive, storyboard, shoot and edit their projects, communicating the complex subjects at the heart of the center’s work with engaging visuals and compelling stories.

For junior Kailie McGeoy, a psychology major pursuing certificates in environmental studies and entrepreneurship, the seminar offered the opportunity to flex her creative muscles while exploring a new environment.

“I was in a film academy in high school, so I missed that creative side,” she said. “I was there for myself as well as to tell a story.” 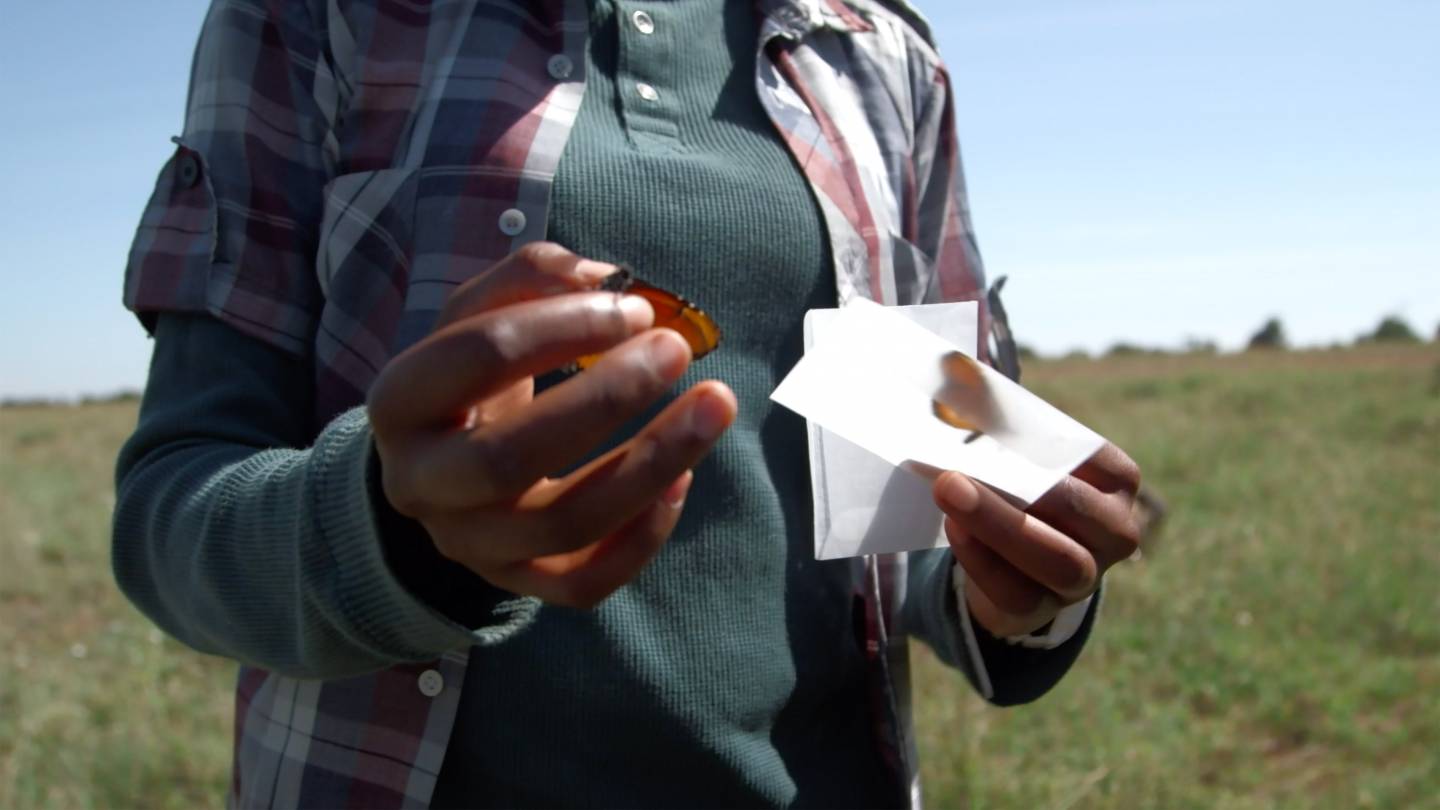 In this film, students examine the role of insects, particularly butterflies, in pollinating the world's food supply and how Mpala Research Centre is partnering with local farmers to breed butterflies.

Daniel Rubenstein, the Class of 1877 Professor of Zoology and director of the University’s Program in Environmental Studies, co-taught the seminar with wildlife documentary filmmaker and 1979 Princeton graduate Katie Carpenter (recently interviewed on Princeton's "All for Earth" podcast).

“A lot of environmental issues are based on facts and figures that people sometimes find it difficult to understand,” he said. “There's a real gift if you can explain what matters and how the connections operate in a crystal-clear way.”

In teams, the students — many with no previous film experience — produced their documentaries while working in the field alongside faculty, Mpala scientists and researchers, and local residents. Each team included a Kenyan undergraduate, giving students from both countries the chance to work with and learn from collaborators from another culture.

“It really gives students an opportunity to get outside of the Princeton bubble and go to a place that is so different,” said Aly Kassam-Remtulla, Princeton’s acting vice provost for international affairs and operations and an Mpala trustee. “Not just in terms of the economy, the individuals who live there and the culture, but also the landscape there is so distinct.” 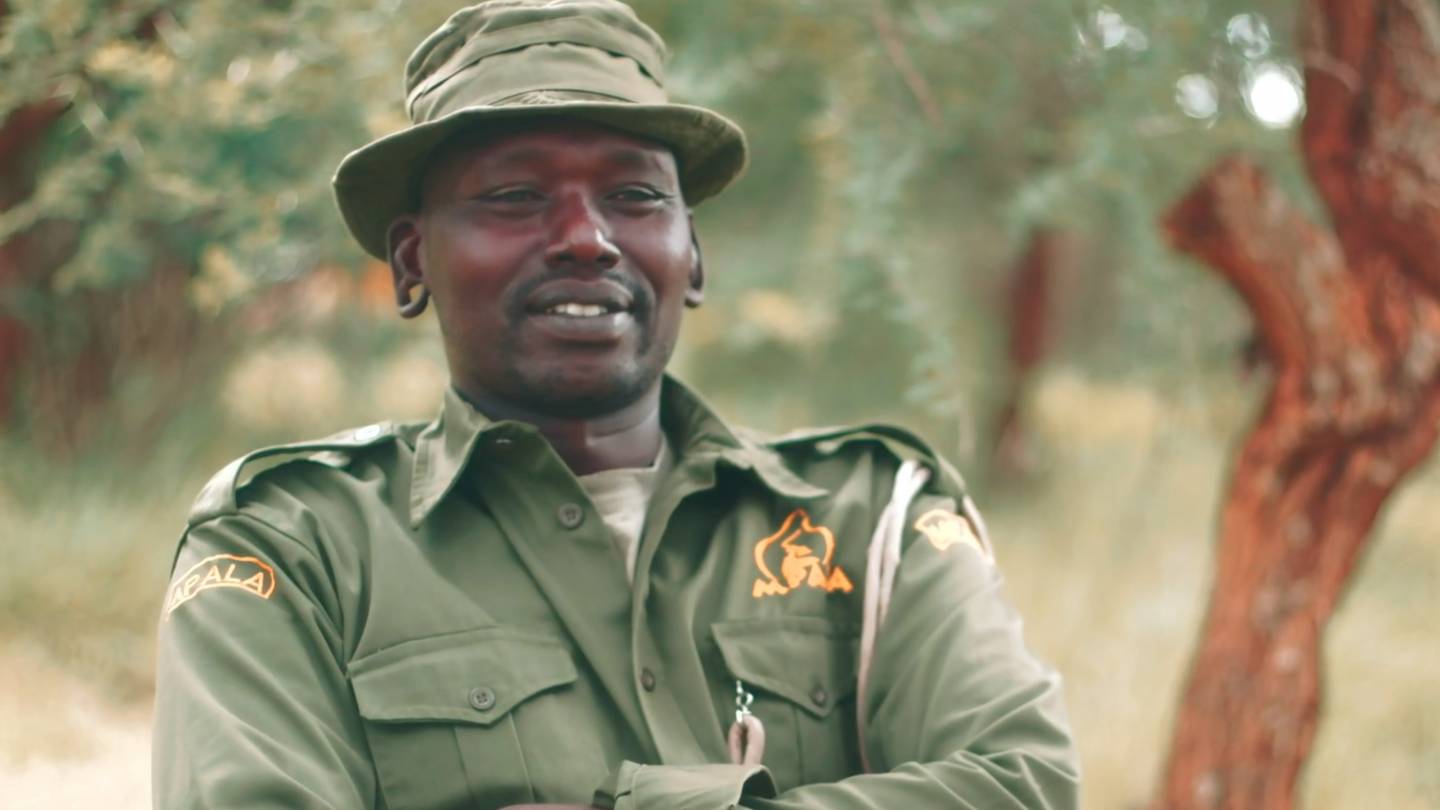 The relationship between the Mpala Research Centre and local residents is the theme of this student film on Romato Manyaas, one of the rangers who patrols the reserve, keeping people and animals safe.

Located at the foot of Mount Kenya, Mpala’s red-dirt savannahs, grasslands and rivers teem with endangered wildlife, from giraffes and black rhinos to grey crowned cranes and Grevy’s zebras. A portion of the reserve is devoted to grazing lands for area ranchers, and local farmers in the surrounding communities raise cash and subsistence crops. While many study-abroad programs bring students to big cities, said Kassam-Remtulla, “the opportunity to be in a rural agrarian landscape is also something that is particularly compelling to our students and helps them stretch and grow in new ways.”

The 2019 Global Seminar was offered through the Princeton Institute for International and Regional Studies, and was cross-listed in visual arts, environmental studies and African studies. Mpala hosted its first wildlife documentary seminar in summer 2013; that year, Rubenstein said, films focused on how wild species function in the reserve’s ecosystems. As conversations around climate change and its effects on our world have become more urgent — and resources like water and food have become scarcer in the region around Mpala — students’ interests have shifted, too.

The delicate balance between the needs of people and wildlife in Mpala is the throughline in the 2019 cohort’s short films. “Maji” shows how researchers and farmers work together to keep crops growing and rivers flowing in increasingly longer drought periods. Another film, “By the Horns,” highlights the center’s collaboration with ranching communities to trial sustainable livestock management practices following the breakdown of colonial-era systems. 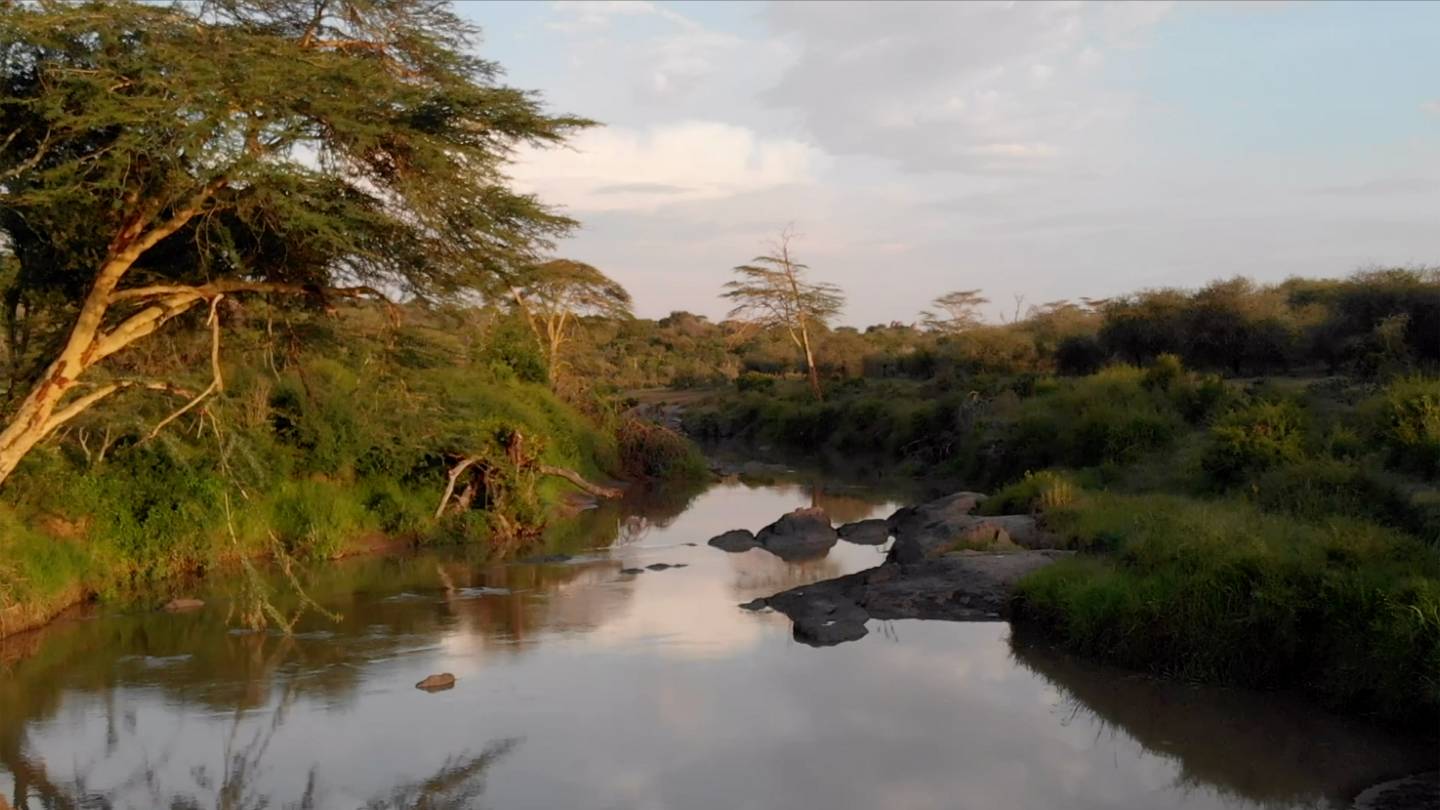 Named after the Swahili word for water, this film shows how researchers and farmers work together to keep crops growing and rivers flowing despite deforestation and increasingly longer drought periods.

Two other films use the stories of people in Mpala to illustrate larger environmental relationships: “Virginia” centers the struggle of a smallholder farmer working to send her three children to school while dealing with challenges from drought to elephants trampling her crops. In “Guardians of the Grasslands,” students focused on the relationship between the research center and local residents with a profile of one of the rangers who patrols the reserve keeping people and animals safe.

One team of students captured the beauty and positivity of Mpala’s work partnering with local farmers to catch and breed monarch butterflies in their film “Chasing Queens,” which featured scenes of researcher Ivy Ng’iru running through fields with her net in pursuit of the colorful insects. Wild pollinators like butterflies are responsible for more than 99% of Africa’s pollinated food crops and play an essential role in food production across the globe.

“Ivy had such an amazing spirit and was so charismatic,” said McGeoy. While the seriousness of the issue is emphasized in the film, “I wanted something that people could enjoy — that could convey a message that gives a little bit of hope.” 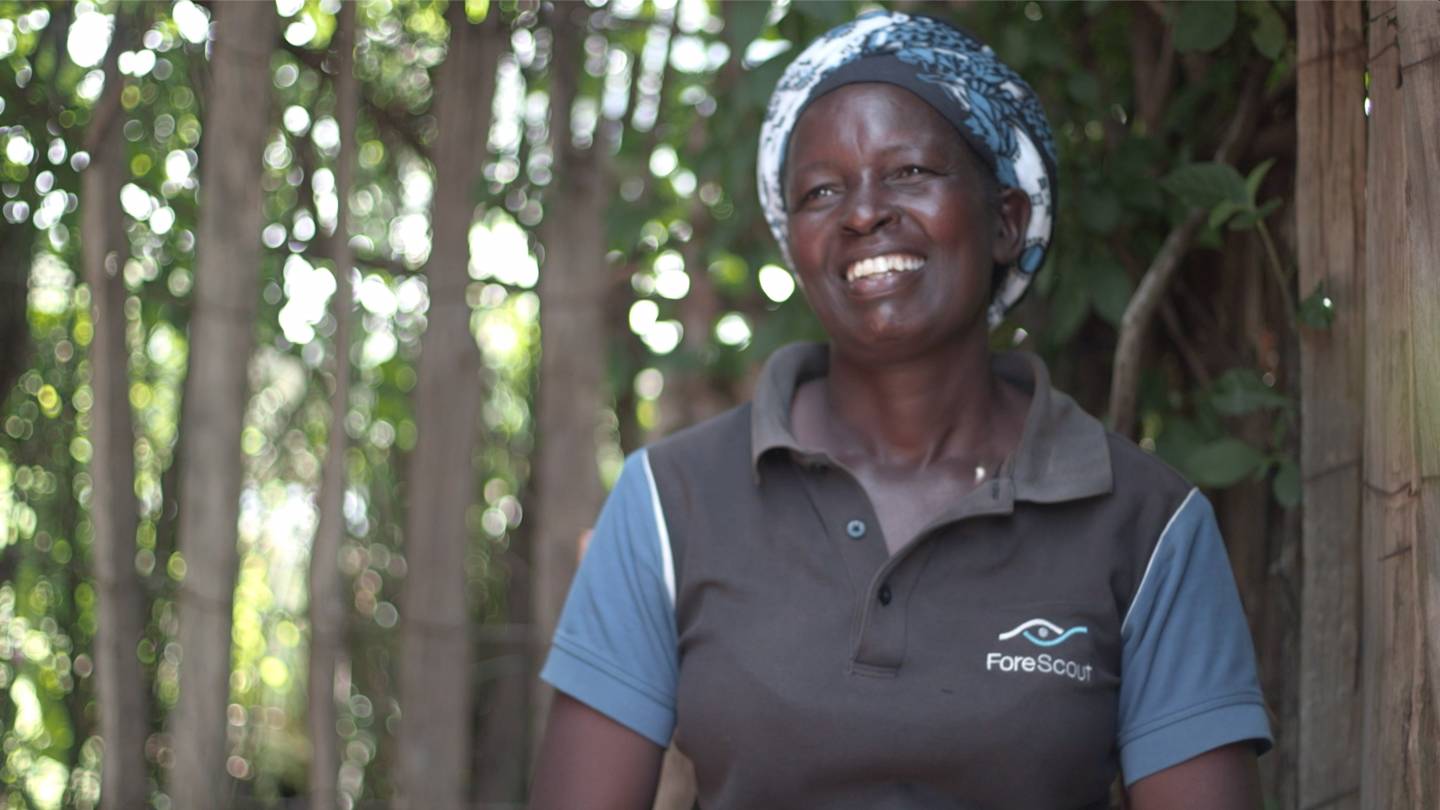 This student film centers the struggle of a smallholder farmer, Virginia Nyambura, working to send her three children to school while dealing with challenges from drought to elephants trampling her crops.