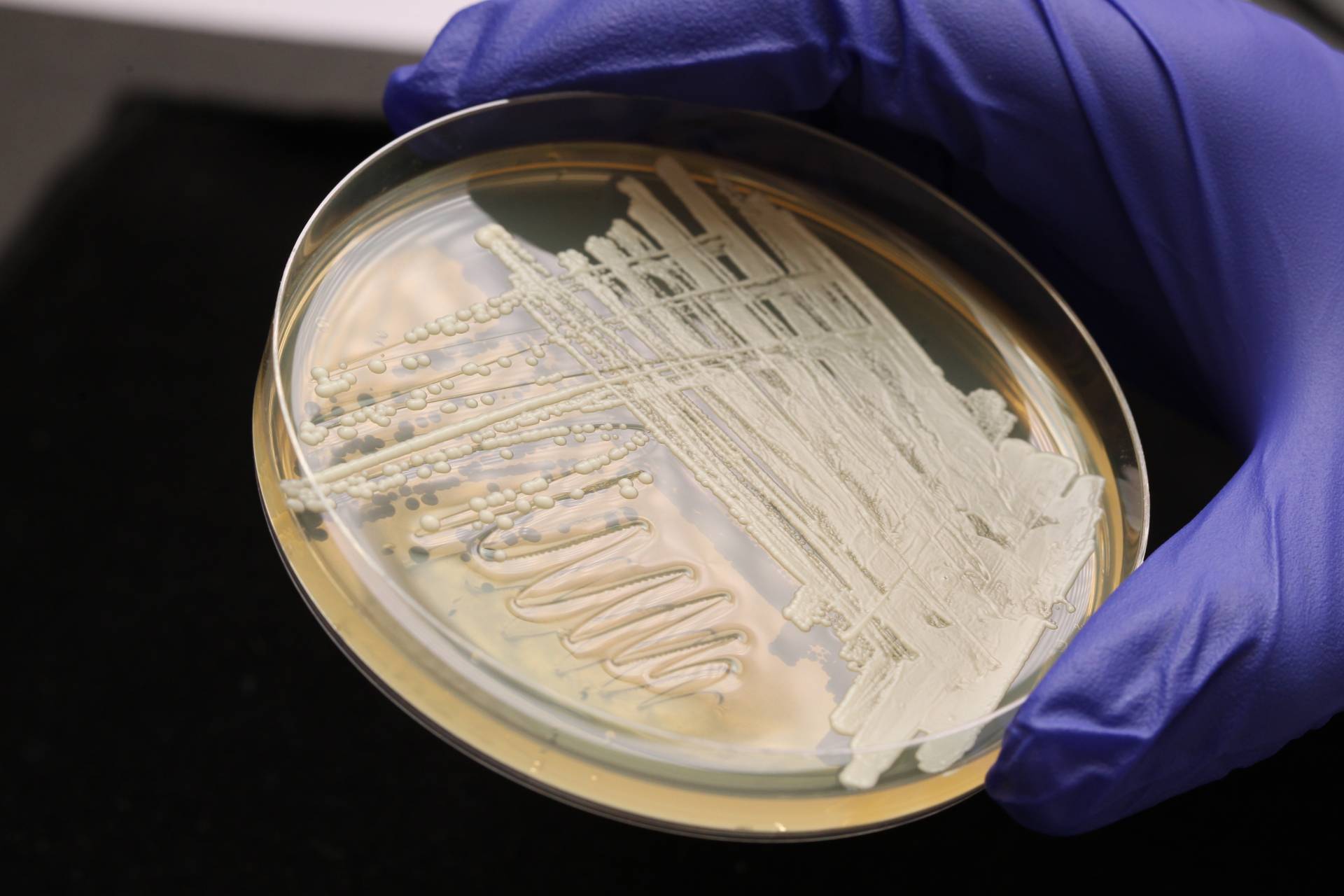 Princeton researchers have discovered a genetic switch that significantly increases yeast's production of the efficient biofuel isobutanol. Isobutanol has about a 25% greater energy density than ethanol and is much better suited for use in vehicles than current ethanol-based fuels. Biofuels can be a renewable and environmentally friendly alternative to petroleum-based fuels.

Yeast already helps make bread and beer and cranks out the biofuel ethanol, but scientists believe it can be used to create an even more efficient fuel called isobutanol. Normally, yeast only creates a tiny amount of isobutanol. Now researchers at Princeton University have discovered a genetic switch that significantly ramps up production.

The findings, published Nov. 13 in the journal Cell Systems, showed that the researchers were able to increase isobutanol production by roughly five times over that of standard yeast strains by making the yeast much more tolerant to isobutanol’s toxic effects. Isobutanol has about a 25% greater energy density than ethanol and is much better suited for use in vehicles than current ethanol-based fuels. Biofuels can be a renewable and environmentally friendly alternative to petroleum-based fuels.

It’s a good thing for yeast that it only makes small amounts of isobutanol, as it is 10 times more toxic for yeast than ethanol. But well before that toxic level is reached, isobutanol acts as a signal to a yeast cell, telling it that it's starving — kind of like how tummy rumbles alert us we need to eat. Thus notified, the yeast stops growing, ceases making additional isobutanol, and overall conserves resources — a uniquely unideal response when the goal is to pump out isobutanol in the bulk scales necessary for commercial production.

In their new study, Princeton researchers have identified a gene involved in the starvation response by yeast to isobutanol. Deleting this gene turned out to profoundly enhance yeast's tolerance to the chemical. Freed of thinking it's missing meals when it's not, the yeast reallocated its resources into staving off toxic effects from higher-than-usual isobutanol concentrations.

"Remarkably, a single gene deletion is enough to disrupt the adaptive mechanism that makes a yeast cell see isobutanol as a starvation signal," said study senior author José Avalos, an assistant professor of chemical and biological engineering and the Andlinger Center for Energy and the Environment. "Engineered in this way, the cell is able to keep its energy metabolism up, form the building blocks required to protect itself from isobutanol, and keep making isobutanol."

Overall, the genetically engineered yeast cells produced five times as much isobutanol as normal yeast — a promising step forward in developing renewable biofuels as part of the multi-prong strategy in mitigating the impacts of climate change.

"In terms of combating climate change, it is very exciting to know we can genetically engineer yeast to become more tolerant to isobutanol and more productive," said Avalos. "Toxicity is currently the most pressing issue for isobutanol producers because it limits the concentrations they can reach."

The yeast in the Princeton study is Saccharomyces cerevisiae, a well-understood biofuel workhorse. The yeast is relied on extensively for producing ethanol, the most common liquid biofuel worldwide, which is a byproduct of the microorganism's breakdown of plant feedstocks including corn and sugarcane.

For leads on how to improve S. cerevisiae's isobutanol yield, Avalos and his colleagues combed through a genetic library of thousands of strains, in which every non-essential gene is individually deleted in each strain. The library documents the effects of each deletion on yeast growth and health. Some strains (genetic variants) of the yeast display naturally greater resilience against isobutanol and other alcohols, while other strains demonstrate significantly less resilience. The Princeton researchers looked at both these hypertolerant and hypersensitive strains, respectively, to get a better handle on what exactly confers the desired toughness.

One gene stood out, designated GLN3, for how it signals the presence of isobutanol to the yeast cell. Isobutanol is formed when yeast eats its own proteins, indicating a lack of nutrients. However, this evolved response is the wrong response in the context of biofuel production, where ample feedstocks are actually in place and the yeast cell's chief concern should be warding off cellular damage due to accumulating levels of isobutanol, secreted by the cell itself as well as other yeast in the production environment.

"Deleting the GLN3 gene makes the yeast stop listening to these counterproductive messages," said Avalos. "That gives the yeast a better chance of fighting off the toxic effects of isobutanol, continuing to grow, and making more isobutanol for us."

Isobutanol has attracted great interest in the biofuel community because it has a higher energy density, lower hygroscopicity (ability to absorb water), and lower volatility than ethanol. Most importantly, as a fuel, it is much more compatible with existing storage and transport infrastructures than ethanol, as well as with conventional gasoline car engines, so it is possible to make fuel blends with higher content of isobutanol to replace more gasoline. As a bonus, the colorless, flammable liquid can also be upgraded into jet fuel for aviation, a relatively small but potent contributor to global emissions.

"Unlike ethanol, advanced biofuels are not normally made at high yields by microbes," said Chris Todd Hittinger, an associate professor of genetics at the University of Wisconsin-Madison who was not involved in the study. "Genetic engineering, perhaps of unexpected pathways as suggested here, will be required to sustainably produce advanced biofuels."

"The discoveries we report in this study are very interesting and impactful, yet they are still likely to be just the tip of the iceberg," said Avalos. "We have information about how thousands of genes affect yeast tolerance to isobutanol. This is a potential goldmine, which will likely continue to provide useful insights about yeast tolerance in years to come."

Other Princeton co-authors of the study are Sarah Hammer and José Montaño López, both graduate students in Avalos' lab. Hammer is co-lead author of the study with Kouichi Kuroda of the Division of Applied Life Sciences in the Graduate School of Agriculture at Kyoto University, which is also the affiliation of coauthors Yukio Watanabe and Mitsuyoshi Ueda. Other co-authors are Gerald Fink from the Whitehead Institute for Biomedical Research in Cambridge, Massachusetts and Gregory Stephanopoulos from the Massachusetts Institute of Technology.