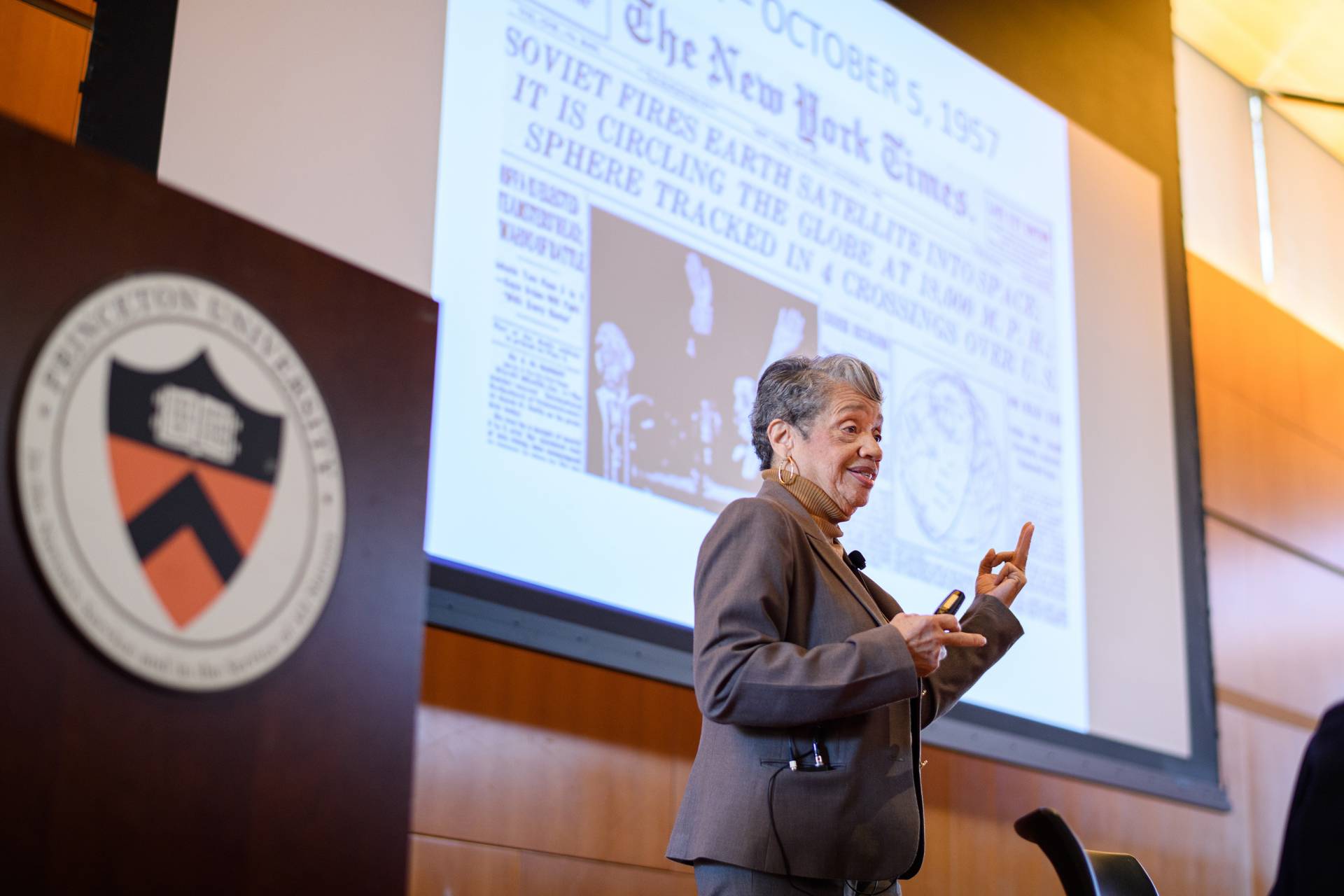 The School of Engineering and Applied Science marked this year’s 50th anniversary of the first moon landings with a visit from Christine Darden, who shared highlights from her 40-year career at NASA with graduate students and community members.

In the late 1960s, Christine Darden was one of many women working as “human computers” at NASA’s Langley Research Center. Male engineers assigned her team to perform calculations that enabled the Apollo spaceflight missions to take humans to the moon and return them safely to Earth.

She soon realized that the equations were similar to the ones she had worked with as a graduate student in mathematics. Darden asked a director at NASA why men and women with the same qualifications were placed in such different jobs — men in engineering sections and women in computing pools.

“He looked at me and he said, ‘Nobody ever asked that question before,’” Darden said. “I said, ‘Well, I’m asking it now.’”

A few weeks later, she was transferred to an aerospace engineering team. 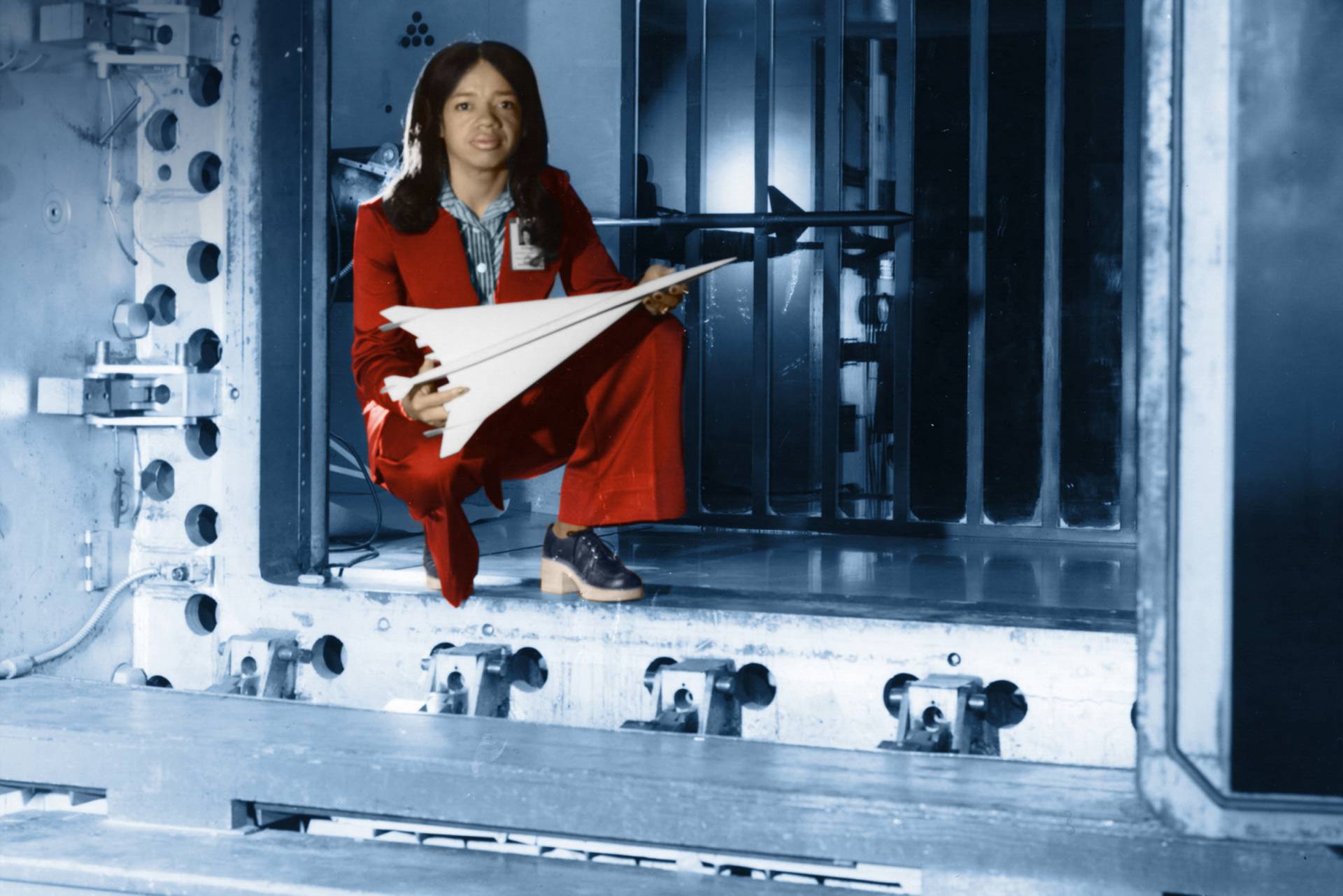 In this 1976 photo, Darden holds one of the models tested in her research on sonic boom minimization. “We wanted to find out how [the sonic boom] was generated, how we could predict it, and how we could reduce it so that maybe supersonic flight over land would be possible,” she said.

On Nov. 15, the School of Engineering and Applied Science marked this year’s 50th anniversary of the first moon landings with a visit from Darden, who shared highlights from her 40-year career at NASA during a lunch talk at the Fields Center with graduate students and community members. Her visit was sponsored by the engineering school’s Office of Diversity and Inclusion.

Darden, who became the first African American appointed to the highest rank at Langley Research Center, is one of four women featured in the 2016 book “Hidden Figures,” which chronicles the lives of African American women at NASA from the 1930s to the 1960s. All four women were honored earlier this month with Congressional Gold Medals — the United States’ highest civilian award.

Addressing aspiring engineers in the audience, Darden shared guidance for overcoming challenges to achieve “your dream career” — a set of principles she calls P4: perceive of yourself in the career; plan; prepare; and persist. Students asked her about how she balanced her career with her family life, and how it felt to be working at NASA amid the uncertainty of the first Apollo moon missions.

Darden landed at NASA Langley in 1967, after working as a math teacher and a research assistant and earning a master’s degree at Virginia State College. She later earned a Ph.D. in engineering, and went on to lead Langley’s Sonic Boom Team, developing strategies to mitigate the effects of potential supersonic air transport.

Darden outlined some of the approaches used by her team, including testing potential aircraft designs with computational techniques and with physical models in supersonic wind tunnels. “We wanted to find out how [the sonic boom] was generated, how we could predict it, and how we could reduce it so that maybe supersonic flight over land would be possible.”

Over the years, the program was suspended and later resurrected. Recently, Darden told the group, Lockheed Martin Corp. partnered with NASA on a new project for supersonic aircraft, with initial flight tests set to take place in 2021.

“They’re going to fly it over people just like you all over this country and get your feedback on how the noise from that plane sounds. They say it’s just a rumble and people will adjust to it,” Darden said. Because of her team’s foundational work, she added, someday soon we may be able “to get on a plane and fly to Los Angeles in a couple of hours.” 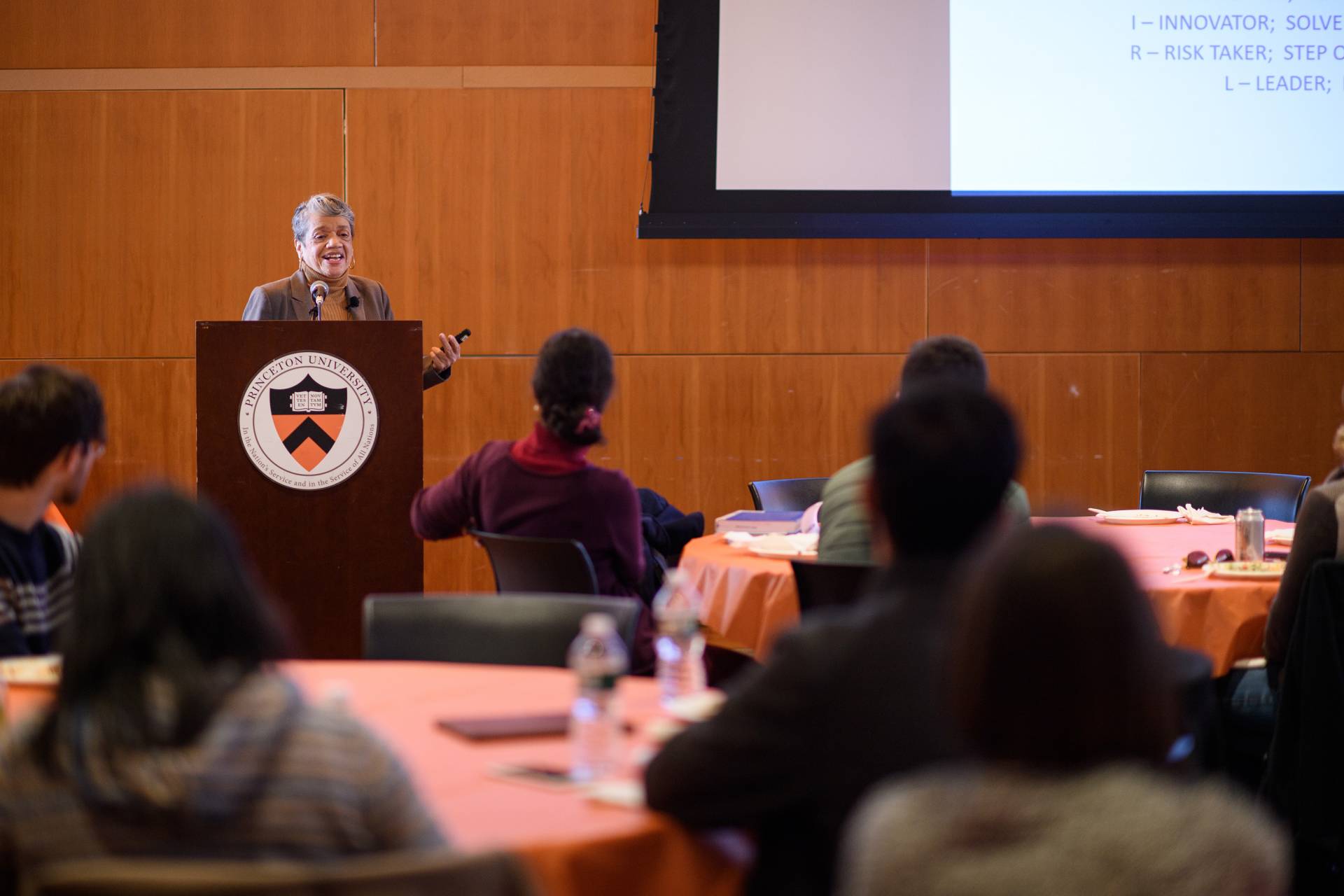