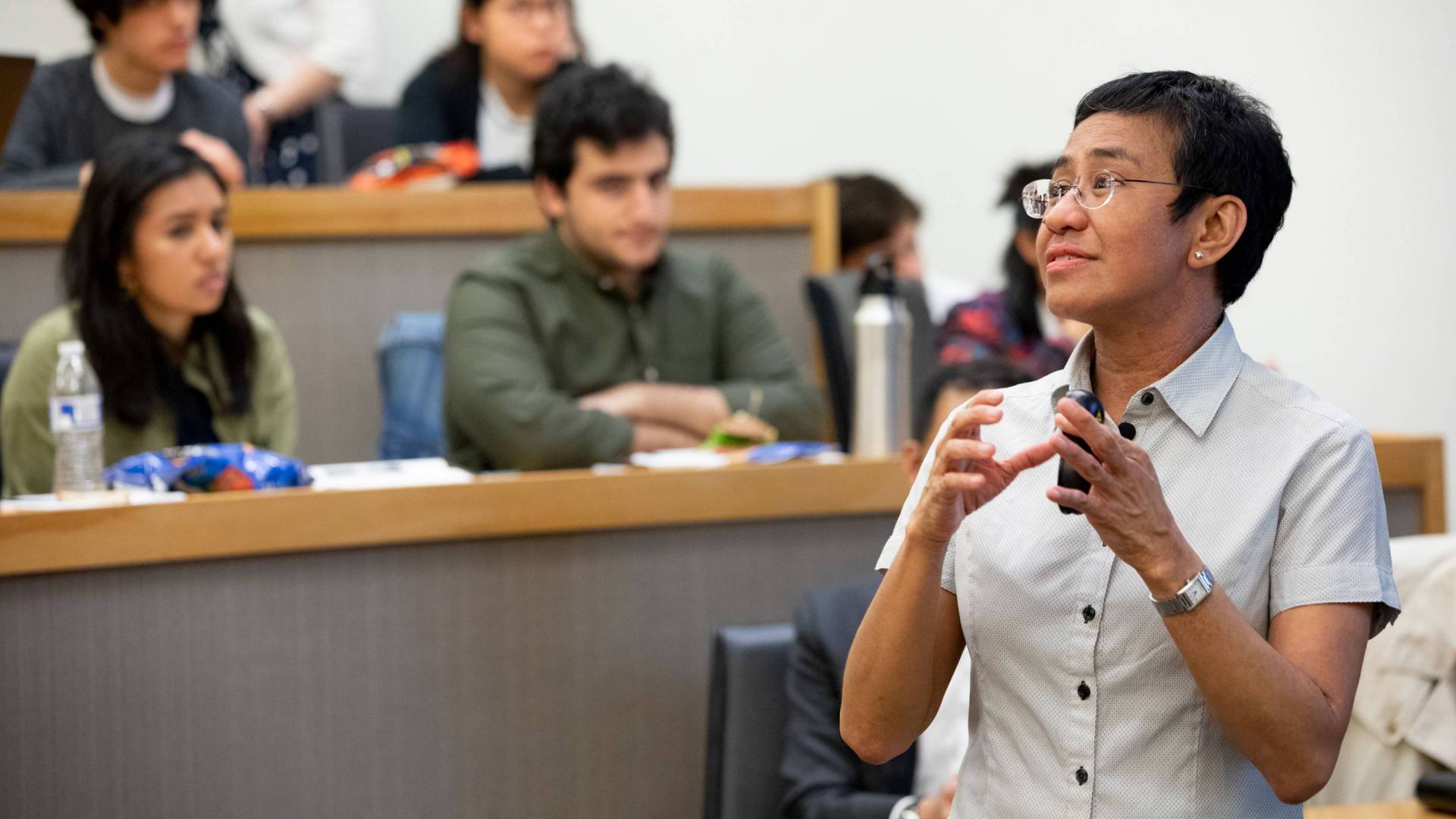 Maria Ressa, a 1986 Princeton graduate and CEO and executive editor of the Philippines-based online news organization Rappler.com, has been selected as the speaker for the University’s 2020 Baccalaureate ceremony.

Baccalaureate, an end-of-year interfaith service that is one of Princeton’s oldest traditions, is scheduled for 2 p.m. Sunday, May 31.

The speaker was selected by the Committee on Honorary Degrees and approved by the Board of Trustees. The letter of invitation to Ressa noted, “Your record of civic leadership makes you a superb role model for our students, and throughout your career you have demonstrated values of humanity, community engagement and social responsibility that we hope our students will exemplify in their lives.”

“I am very excited that Maria Ressa '86 will serve as the Baccalaureate speaker to the Great Class of 2020,” said Juston Forte, president of the senior class. “In her work as an accomplished journalist and executive editor of Rappler.com, Maria Ressa continuously fights against disinformation and fake news. Ressa's work to share the truth and raise awareness of unjust situations despite its consequences embodies Princeton's informal motto, 'Princeton in the nation's service and the service of humanity,' by showing a dedication to humanity and an extraordinary level of social responsibility. I am confident Maria Ressa will impart wisdom and inspire the Class of 2020 as we continue to grapple with injustice in our lives and in our future journeys beyond the gates of Princeton.”

Ressa, who earned her degree in English, has been a journalist in Asia for more than 30 years. In 2012, she co-founded Rappler.com, now one of the leading online news organizations in the Philippines. Previously, Ressa was CNN’s bureau chief in Manila and Jakarta.

Rappler’s reporting on the authoritarian administration of President Rodrigo Duterte has spurred repeated intimidation tactics by the Filipino government to discredit Ressa and the media outlet.

During a visit to the University in April, Ressa said that she has posted bail eight times and been arrested twice. “I tweeted from the back of the police car,” she said to journalism students and others.

Ressa has been honored around the world for her work in fighting disinformation, fake news and attempts to silence the free press. In 2018, she was named TIME magazine’s “Person of the Year” and won the prestigious Golden Pen of Freedom Award from the World Association of Newspapers and News Publishers. She also received the 2018 Gwen Ifill Freedom Award from the Committee to Protect Journalists. This year, Prospect magazine selected her as one of the world’s top 50 thinkers.

Ressa is the author of two books, “Seeds of Terror: An Eyewitness Account of al-Qaeda’s Newest Center of Operations in Southeast Asia,” and “From Bin Laden to Facebook.”

“The only defense journalists have is to shine the light,” she said in a Princeton “She Roars” podcast. “And part of what’s keeping us safe is because of the coverage that international news groups are giving what’s happening in the Philippines, both the drug war, the information war and the attacks against Rappler.”